Two of Destiny’s biggest events have come to an end, “Queen’s Wrath“, and “Iron Banner“.  I was very excited for each of them because I just could not get enough of Destiny, loving the game to the point I was actually neglecting some of the work I needed to be doing right here at RoKtheReaper.com!  Now that the events are over I can truthfully say that I just was not impressed.
This editorial will be discussing what I thought about both Queen’s Wrath and Iron Banner, what I liked about them, hated about them, and what Bungie could have did to make the experience much more enjoyable.
Queen’s Wrath 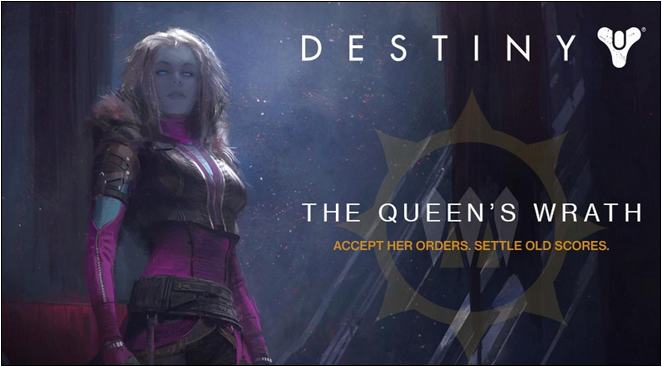 Seeing as this was going to be the very first event that Destiny was going to offer, I was really, really pumped or “The Queen’s Wrath“.  I figured that they were getting things off to a nice start with an event to see where we measured up, especially something that has to do with the Awoken Queen (Me and my friend Rasean just could not get enough of her, love at first sight).  Starting off, I honestly thought that this was going to be extra content for Destiny‘s story, maybe something that happened after the game (Since something happens during the game where the Queen basically is saying, “You owe me“).  Apparently that type of thought just did not cross Bungie’s mind, we got no extra story content and simply were asked to do what we had already been doing, but it was served up differently and had a slightly different flavor.

We had to do “Queen’s Bounties”, which are your typical bounties that could be found in Vanguard or Crucible, but it builds Queen’s reputation points instead of either of those (The reputation points could be used to buy reputation level specific gear from the Queen’s Emissary at the very back of The Tower).  Once you complete these bounties, you turn them in to earn tokens to admit you to “Queen’s Missions”, which were nothing more than hyped up Level 24 “Mid-Boss” missions (Such as Draksis the Winter Kell and the Vex Gate Lord) with modifiers to make them somewhat harder than usual.  Upon completion the players were rewarded with either a Legendary equipment piece (Only helmets and chest pieces were available to find), ship, or legendary weapons.  Most of the time you ended up with the same exact helmet and chest pieces with varying stats, but no one complained because you could at least break them down for ascendant materials to level up your equipment and weapons with, but…everything changed when the Hot Fix attacked.

The Hot Fix update patch released during The Queen’s Wrath event (http://www.bungie.net/7_Hot-Fix—09252014/en/News/News?aid=12190) effectively stopped the dismantling of the legendary gear you got or completing rewards for ascendant materials.  This pissed off countless people because it made the event a COMPLETE waste of time or those who already had legendary gear that they liked.  I mean sure, if you wanted to get the experience points to power up your weapons by completing bounties, that’s one thing, but what was the point of actually going on “Queen’s Missions” if you were not going to get anything you needed from it?  Needless to say, I find that they probably lost some gamers during the course of this event for that very reason.

Talking to my friend Rasean, we had split views for it.  I was personally angered and upset and felt like those TEN missions I had waiting to do all at once were now worthless (Guess I will do whatever missions immediately to avoid this type of thing from happening in the future), he said he did not mind because it was an obvious oversight from the beginning and that mindlessly giving us ascendant materials for something so easy was stupid (Especially since many just kept quitting Queen’s Missions and re-launching until they got the Mid-Boss that appears during the first mission of “Earth”).  I understood, to a degree, but I also believe those who already had head and chest equipment should be able to earn additional pieces… or at least get ONE ascendant material for doing Queen’s Missions.  Also, Rasean argued that maybe this event was to get people legendary gear that have been struggling with the Cryptarch (Which was fixed, by the way in an update http://www.bungie.net/7_Update-102—Patch-Notes/en/News/News?aid=12235 ) in order to prepare or Iron Banner.  That thought was still enraging, but I could at least see the point..though, the next section proves that is not the case and my rage continued because of that.

Overall, this was not a very enjoyable experience for me and I wanted them to add something new to the game.  “Accept her orders, settle old scores” turned out to be “Accept mediocrity, do the same old stuff”.  Disheartening and down right enraging was my Queen’s Wrath experience.  Honestly, make sure players are rewarded for their efforts without random drops and under powered equipment, make sue higher level people also have the ability to enjoy an event, especially the first one. 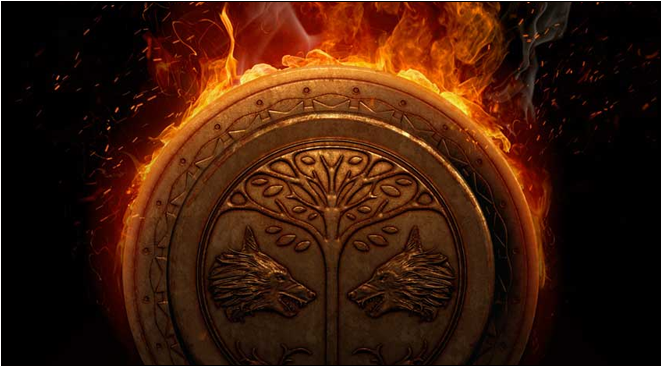 Iron Banner started right after the Queen’s Wrath event.  This was something that all guardians had prepared for ever since they had picked up the game, this was suppose to be where everything that you had on MATTERED.  How maxed out your gun is? Matters.  How much light your armor currently has?  Matters.  Basically, this was going to separate the die hard from the fair weather, the casual from the hardcore.  That is what Bungie painted as the picture for the Iron Banner event in a Destiny news update posted on October 6th 2014.  I mean, the fact that it would “Not be a level playing field” means that only the best of the best would enjoy this mode, and  even though I was not the very best, I was decent enough to have a fighting chance and obliterate those beneath me right?  I was all set.

Basically, to start the event you have to speak to Lord Saladin, he is at the back of The Tower to the right directly when you walk through the normally closed doors on top of the staircase, same area where you could find the Queen’s Emissary at from “The Queen’s Wrath” event.  You find out he has levels available for playing in The Iron Banner, and that you can also find equipment and buy things, just like in the previous event.  I was pretty hype!

Playing in the Iron Banner for a few games with my friends Rasean and Andre, I did not feel that anything was really “different” about Iron Banner.  For me, it felt like the same ole same ole, nothing really out-of-the-ordinary for a game of Crucible, why was that?  I mean, everything on your equipment and armor levels were suppose to matter, but why in the world did it feel like something I had already experienced?  Like things were still on a level playing field like the normal Crucible playlist?  Well, come to find out that Bungie did not make it where all your stats actually mattered, we found that out during an October 10th  2014 Destiny news update.  This told us that kill times would still be the same for those players beneath us, but that it would take longer for players below our level to kills us, but ultimately even a level 6 could kill a level 30 since level advantages spanned no more than 7 levels.  This was horrific for me.  Why would you not do this?  Why would it matter if lower level players could not participate?  Did you not make The Queen’s Wrath event worthless for us higher level players already?  Why can I not mow through someone who’s 20+ levels below me with pure ease?  We should be able to kill lower level players easier while they have a harder time killing us, a player not within our level zone should find it impossible to stop us.  This is the way it should work, otherwise it demeans those that have played the raid tirelessly to get raid equipment and for the rest of us who have spent countless hours grinding to acquire and level gear.

Something I was also disappointed by was the fact that Iron Banner was nothing more than “Control” (Which is similar to “Domination” in Call of Duty) and If you were not really a fan of Control then you were out of luck.  I hated that they did not switch between “Control” and “Clash” game types, they could have even made it where you could also have a “Salvage” game type if they wanted to say Iron Banner will only support fire teams up to 3 going in.  I believe there were some levels only available to Iron Banner, but I feel like EVERY stage that we played on should have been Iron Banner exclusive to the Iron Banner tournament to make players even more hype about going in since it would be the only time that they got to play on those special maps.

All-in-all, I was happy at the end of this event because I was able to purchase the Titan’s class armor you get for reaching Iron Banner Level 2, which is arguably the best looking class item we have gotten in the game thus far (That is actually pretty sad when you think about it).  However, I feel like they could have did so much more with this “Iron Banner” idea instead of disgracing the game mode by having a mechanic that made it somewhat “balanced” when the whole goal in the first place was to make it “unbalanced” by letting you show off the stats of the armor and weapons that you worked so hard for.  If Bungie is honestly waiting for everyone to catch up and be similar level and have similar armor, then what is the point of Iron Banner if it is going to play like regular Crucible?  NOTHING!  Gah.  Oh well, hopefully they learn next time and provide a better experience for us who have worked hard.