Persona 4 Ultimax (Persona 4: The Ulitmax Ultra Suplex Hold in Japan), the follow-up title to its predecessor “Persona 4: The Ultimate in Mayonaka Arena“, has finally garnered a release date for the Xbox 360 and Playstation 3 gaming consoles in the Americas.  It will be releasing on September 30th of this year.
Besides just announcing the release date, I wanted to make sure I supplied you with a little bit more information on exactly what all this game has to offer.  Go ahead and hit the jump to check out the Pre-Order Bonus, Trailers, and additional information like Downloadable Content.
Those are also looking for further information can visit the game’s official site http://www.atlus.com/p4au/.
Pre-Order Bonuses 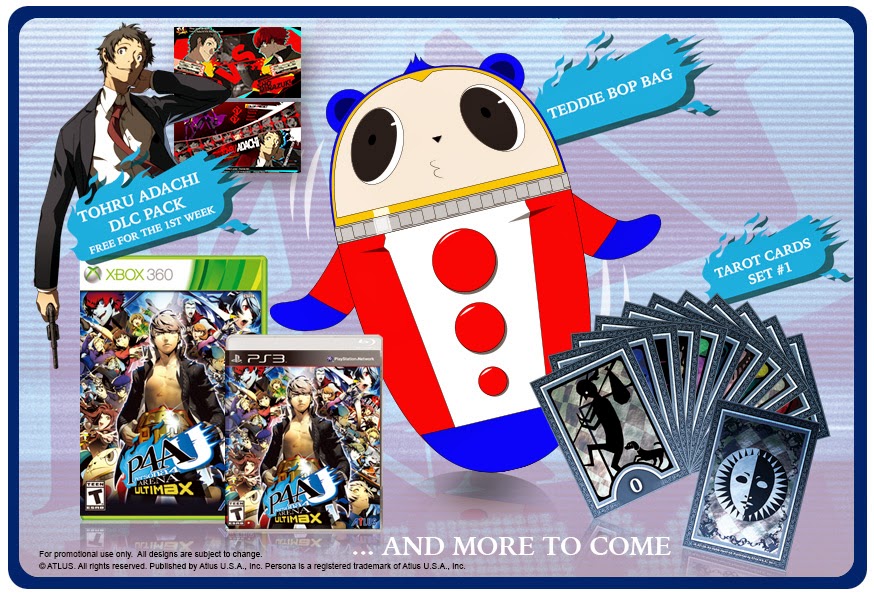 For those of you who do not know what you will get by pre-ordering Persona 4 Ultimax, you have a couple of things here.  You will be able to download Tohru Adachi and Marie Kusumi (Not shown above). within the very first week of the game’s release for free (Though, I believe you will probably have to do it from within the “In-Game Store” (If one exist) to do this, makes sense).  Not only that, but you will also get a “Teddie Bop Bag” which is inflatable, as well as a set of Tarot Cards.
Downloadable Content (DLC) 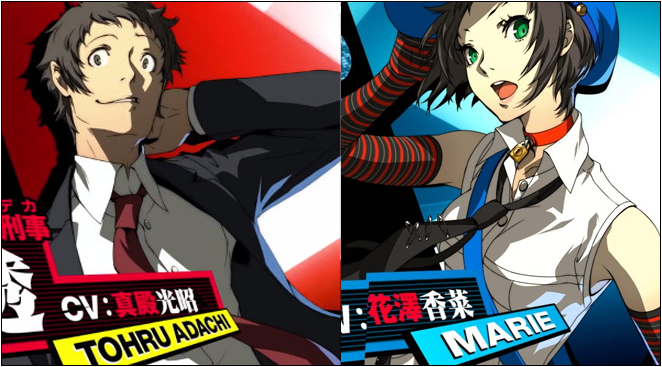 Currently, the only known Downloadable Content that I am aware of for Persona 4 Ultimax are the characters Adachi Tohru and Marie Kusumi.  They will both be free during the very first week of the game’s release (No idea if you need a pre-order type of code for this), but it is unclear exactly how much they are planned to be priced afterwards (My guess is anywhere from $3 – $5 per character).  It is also unclear whether-or-not they can only be downloadable from within the game itself (Kind of like how Evil Ryu’s and Oni’s alternative costumes could only be purchased from within the store present in Super Street Fighter IV: Arcade Edition).
The smartest thing to do is to go ahead and pre-order the game (Get those bonuses!) just in case you need something that comes along with it to be able to download these characters.  Also, it is wise to have the game just to make sure you do not get locked out of purchasing them if you plan to go and buy the game later and think you can download them from the Playstation Network Store or Xbox Live Marketplace in advice.
Trailers
Character Trailers