Street Fighter V has been getting more-and-more female characters as of lately.  We just recently had the reveal of Karin Kanzuki and now we are greeted with a brand new character by the name of Laura Matsuda, Sean Matsuda’s older sister (he was debuted in Street Fighter III) who’s debut was at the 2015 Brasil Game Show.
After the jump you will find my impressions on her debut along with the official trailer and screenshots from said trailer (high quality stills by the way!).  So go ahead and dig in!
[   Trailer and Impressions   ]
Laura Matsuda is a pretty cool character appearance wise.  While she is about as buxom as you would expect out of the Street Fighter women, she is presented in a way more of how Rose is.  I really like her hairstyle and facial features, even the red lipstick was a very nice touch.
As far as her fighting style, she is said to practice “Matsuda Jiu-jitsu” which I believe is just CAPCOM saying her family has their own variation of Brazilian Jiu-jitsu.  She displays a variety of holds and locks within this debut trailer.  These grabs seem to come in the form of anti-air grabs which can be executed from normals, command grabs which goes through guards, and her Super which appears to be a rolling armbar into a headlock (though no idea on whether-or-not this is something that can be combo’d into or not).  Laura makes up the third character that has debuted with a primarily grapple-based style (herself, Rainbow Mika, and Zangief).
Her play style seems like it will be incredibly mix-up and counter heavy.  She seems to have supers which have armor and effectively allows her to counter attack opponents pokes (which makes sense with Jiu-jitsu), as well as utilize her slow moving projectile to gimmick opponents to either block and eat a grab or to try and attack and get hit (dependent on when you do the projectile).  She seems like she will be a character that is a easier form of Makoto from Street Fighter III and Street Fighter IV.  The reason I make that assumption is because I feel like she has tools to deal with projectiles, but she will still rely on risky setups to get in and her mix-ups are liable to eat reversals (but with dragon punches being less prominent and more punish heavy in this game, it rewards you for the risk).
CAPCOM is knocking it out of the park with Street Fighter V.  I am enjoying immensely every character that has been shown here so far and I am loving what they are doing with the series as a whole in this iteration.  Keep up the good work.
[   Official Art + Screenshots   ] 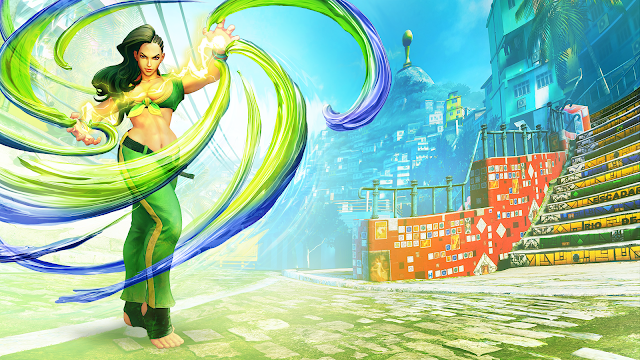 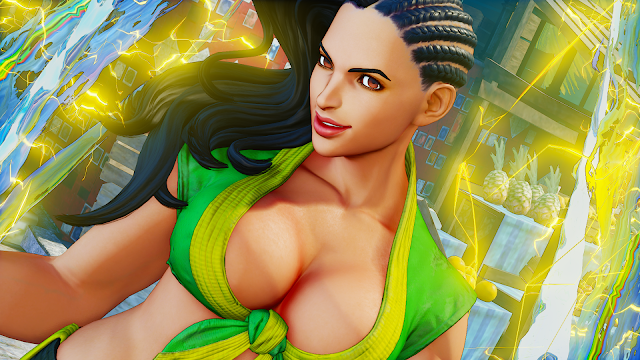 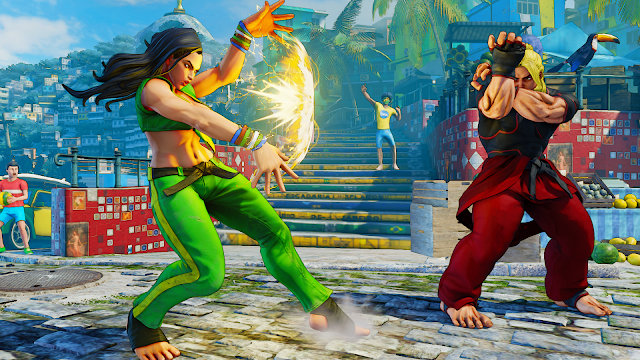 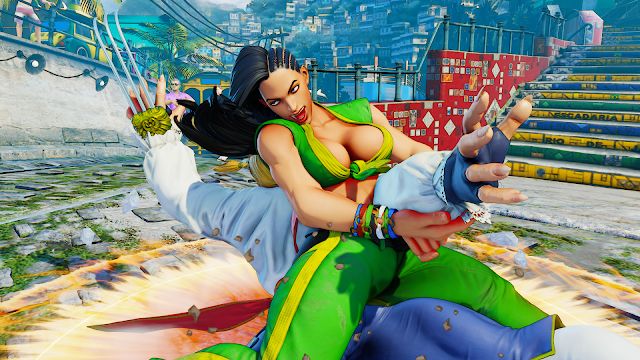 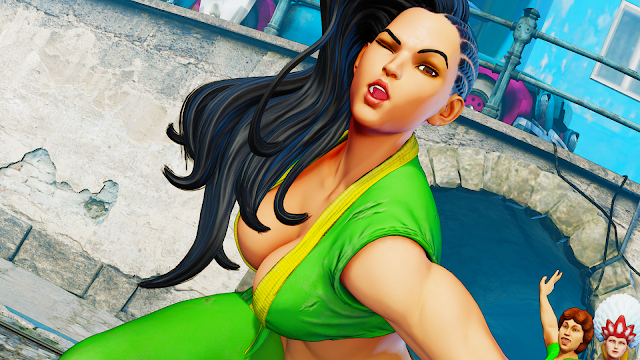 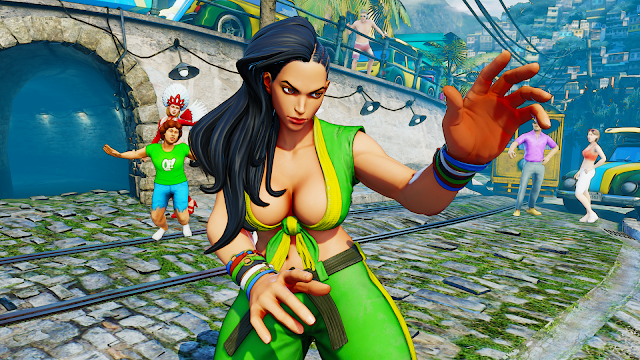 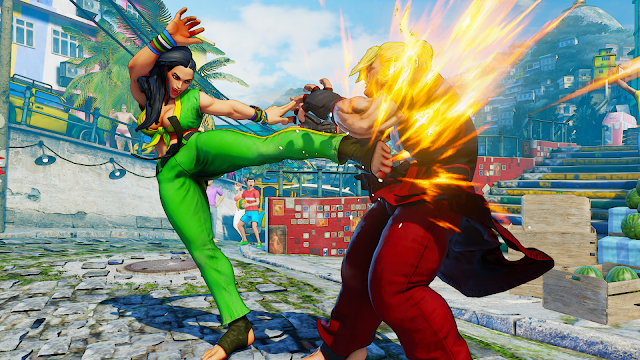 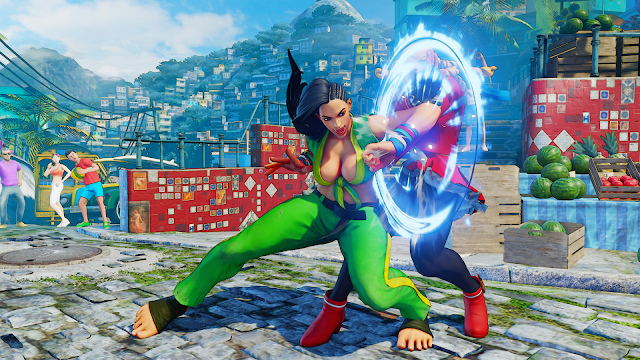 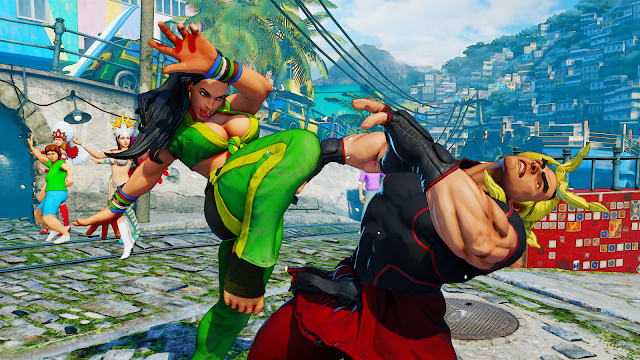 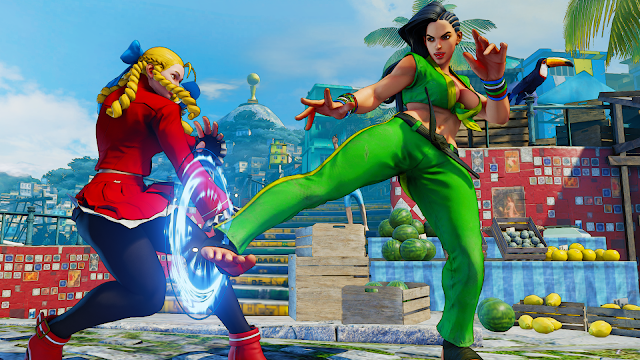 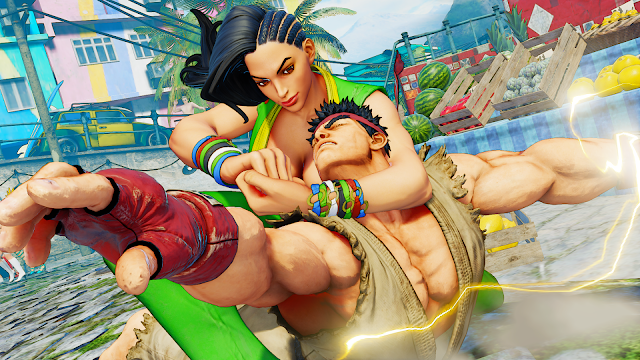 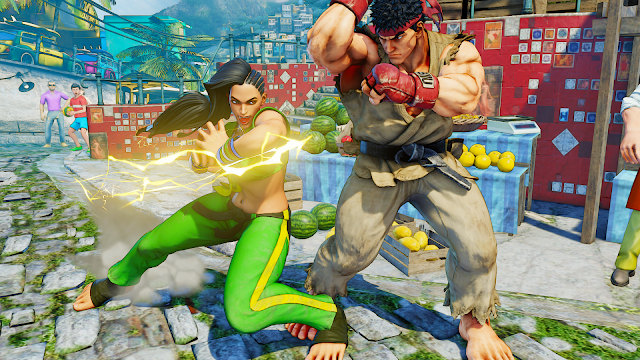 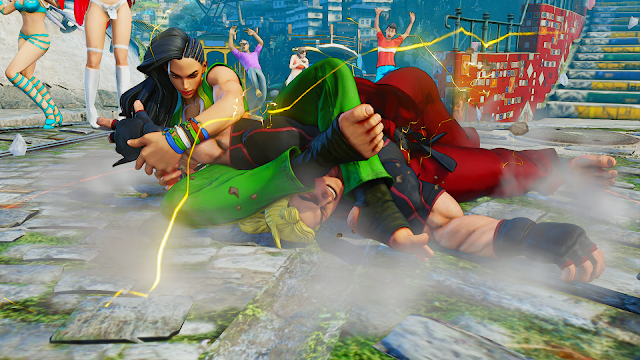