Viz Media is doing it once again by giving us some more anime and manga goodness for us to sink our teeth into (Literally!).  They will be releasing the manga “Black Rose Alice Vol. 1” in both print and digital mediums under the Shojo Beat imprint.  In addition to this, we have the “Vampire Knight: The Complete Collection” as a DVD Box Set that is 4-discs long.
Viz has issued a Press Release for both of these titles, you can hit the jump to check them out and find out more information on Black Rose Alice Vol. 1 and Vampire Knight: The Complete Collection.
Black Rose Alice Vol. 1 Press Release
In New Series From VIZ Media’s Shojo Beat Imprint, A Celebrated Opera Singer Dies In A Tragic Accident, Returning As A Vampire With A Diabolical Mission To Spawn The Next Generation Of Undead 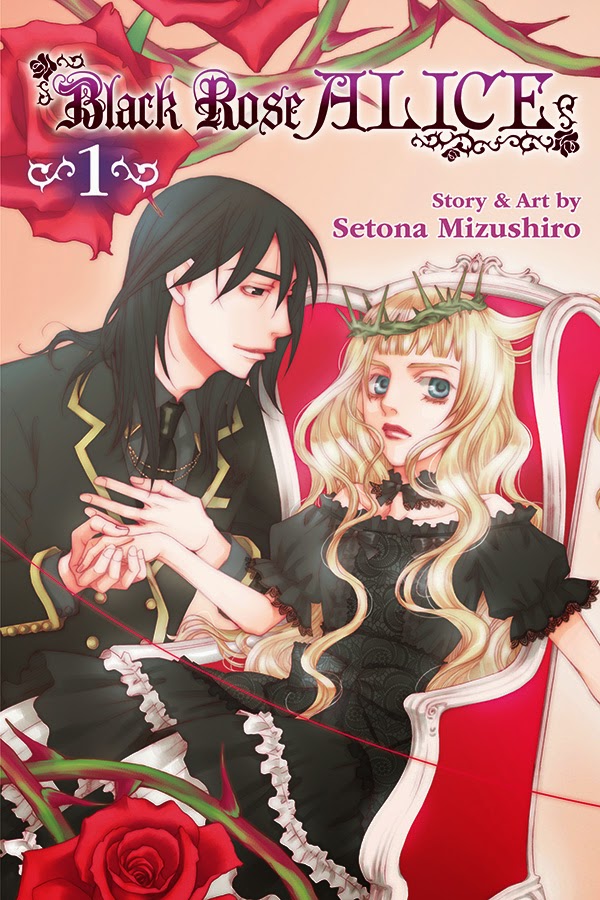 VIZ Media, LLC (VIZ Media), the largest distributor and licensor of manga and anime in North America, notably expands its shojo manga (graphic novel) roster with the launch of the new series BLACK ROSE ALICE from award winning creator Setona Mizushiro.
BLACK ROSE ALICE, Vol. 1 is now available in print from the Shojo Beat imprint and is rated ‘T+’ for Older Teens. Volumes each carry an MSRP of $9.99 U.S. / $12.99 CAN. Future installments of this continuing series will be released in English on a bi-monthly basis.
A digital version of BLACK ROSE ALICE, Vol. 1 is also available for $6.99 (USD/CAN) from VIZManga.com and through the VIZ MANGA App for the Apple iPad®, iPhone® and iPod® touch, Android-powered smart phones, as well as through the Nook, Kobo, Kindle, iBooks and GooglePlay stores.
In BLACK ROSE ALICE, Dimitri Lewandowski is a celebrated tenor in early 1900s Vienna. When he is killed in an accident, his corpse is colonized by the seeds of a vampire master. At first, Dimitri denies that anything has changed, but as the people around him start dying, he is forced to accept the ghastly truth.
“BLACK ROSE ALICE is a dark supernatural romance with a suspenseful storyline that puts its own unique twist on the vampire genre,” says Pancha Diaz, Editor. “After a prologue set in a beautifully rendered 1900s Vienna, the series flashes forward to modern Japan where Dimitri, who has become a fully developed vampire, appears in the dreams of a heartbroken woman to present a sinister proposal – he will save her fatally injured love, for a terrible price!”
Setona Mizushiro’s professional debut, Fuyu ga, Owarou Toshiteita (Winter Was Ending), won the 1993 Shogakukan Manga New Author Award. Her gender bending psychological thriller, After School Nightmare, was nominated for an Eisner Award and also recognized by YALSA as a Great Graphic Novel in 2007.
For more information on BLACK ROSE ALICE, or other shojo manga titles from VIZ Media, please visit www.VIZ.com.
Vampire Knight: The Complete Collection Press Release
Return To Cross Academy For The Paranormal Romance And Dark Bloodlust In Both Seasons Of Acclaimed Gothic Anime Series Offered In A New Comprehensive DVD Box Set 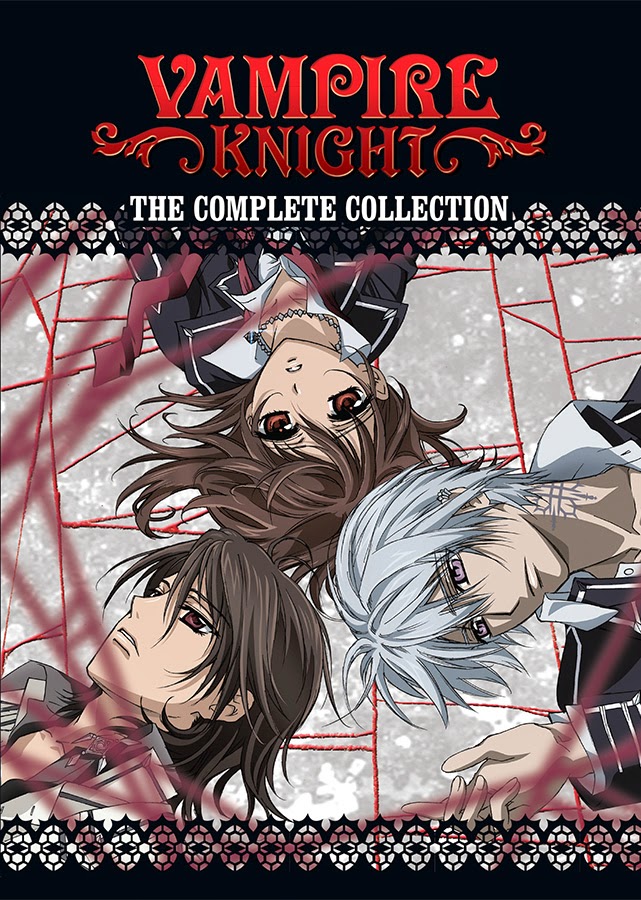 VIZ Media, LLC (VIZ Media), the largest distributor and licensor of manga and anime in North America, has released the brooding gothic melodrama – VAMPIRE KNIGHT – in a comprehensive DVD box set that contains both seasons of the hit anime series in a single new edition.
VAMPIRE KNIGHT: THE COMPLETE COLLECTION is available now and is rated TV-14. The 4-disc set is available exclusively on DVD with an MSRP of $44.82 U.S. /$43.24 CAN.
The new box set contains VAMPIRE KNIGHT as well as VAMPIRE KNIGHT GUILTY, for a total of 26 episodes. Gorgeous O-card box art features foil embossed stamping, and a special illustrated chart is also included that shows the relationships between all of the series’ key characters. English dubbed 2.0 audio is available as well as the original Japanese dialogue track with English subtitles.
Yuki Cross can’t remember anything earlier than the day ten years ago when she was saved from a vampire attack by Pureblood vampire Kaname Kuran. Now Yuki, along with her partner, Zero, is a Guardian at Cross Academy, where two groups of students, the Day Class and the Night Class, coexist in relative harmony, despite the fact that the Night Class students are all vampires! But their peaceful existence is threatened when Yuki’s memories of a bloodstained past begin to emerge, and a dark shadow of evil looms ever closer!
“Audiences can return to the ominous Cross Academy and savor the gothic romance and bloodlust, dark characters, and beautiful artwork that have made the VAMPIRE KNIGHT series such a hit among anime fans,” says Charlene Ingram, Senior Manager Animation Marketing. “For the first time, both seasons of VAMPIRE KNIGHT are available in a single complete DVD box set. For anyone that has yet to see this acclaimed series, the new release is also an ideal way to catch it in its entirety.”
VAMPIRE KNIGHT and VAMPIRE KNIGHT GUILTY are based on the best-selling manga series created by Matsuri Hino (rated ‘T+’ for Older Teens; published in North America in-print and digitally by VIZ Media), who burst onto the scene in Japan with her debut title, Kono Yume ga Sametara (When This Dream Is Over) in LaLa DX magazine. With the success of subsequent series such as CAPTIVE HEARTS and MERU PURI (both also published domestically by VIZ Media), Hino has become a major force in the world of shojo manga.
Also don’t miss the VAMPIRE KNIGHT FANBOOK and THE ART OF VAMPIRE KNIGHT, both available from VIZ Media.
For more information on VAMPIRE KNIGHT, or other award-winning anime titles from VIZ Media, please visit www.VIZ.com.
SHARE:
RATE:

Spider-Man: Into the Spider-Verse Movie Review