It is very common within the Dragon Ball franchise for its leading man, Son Goku, to rise to any new challenge that seems insurmountable at his current level.  Though he grows strong through sheer determination and training, often he receives a boon in the way of a new transformation that multiplies his power.  It was “Super Saiyan” against Frieza, “Super Saiyan 2” against Majin Vegeta, “Super Saiyan 3” against Kid Buu, etc.  We even saw him go “Super Saiyan God” in Battle of Gods in order to go up against Beerus the Destroyer (Universe 7’s God of Destruction).  This is nowhere near uncommon, and we usually see another advance of the “Super Saiyan” form… until now.

Ultra Instinct is a technique that “Whis”, Beerus’ Angel and attendant, has mastered and is always using.  UI allows the user to simply react to any situation without having to think about it, even if they have no idea an attack is coming.  The user has every limb think for themselves, mounting both offense and defense simultaneously without any effort.  By removing the need to acknowledge an attack, judge the situation, decide an action, and actually act on that decision; you save tremendous amounts of fighting time by responding as quickly as possible with amazing accuracy and efficiency.

“You two are still thinking before you move rather than just moving, messages can only travel through your nervous system so fast.  I’m afraid this habit is especially strong with you, Vegeta.  This overthinking is limiting your fighting speed.  When you rely on thoughts for physical action, you lose precious fighting time.  Your end goal should be to master the ability to have each part of your body think and move independently of hte other parts, but I admit, this is exceedingly difficult.  In fact, not even Lord Beerus has mastered it and he’s a God.  If you can overcome the learning curve, you’ll be able to avoid any danger, however severe”.
— Whis’ explanation of “Ultra Instinct” from Dragon Ball Z: Resurrection ‘F’.

It is not so much as a “power up” as it is a “state of being”, kind of like “Ultimate Gohan” after getting his potential unlocked.  Taking all this into mind, why am I so indifferent on whether-or-not I like this?  While it is awesome in the way it really makes him look like he has attained the power of those who are God-level, it also feels like it is a form that requires no real effort on the part of the user. 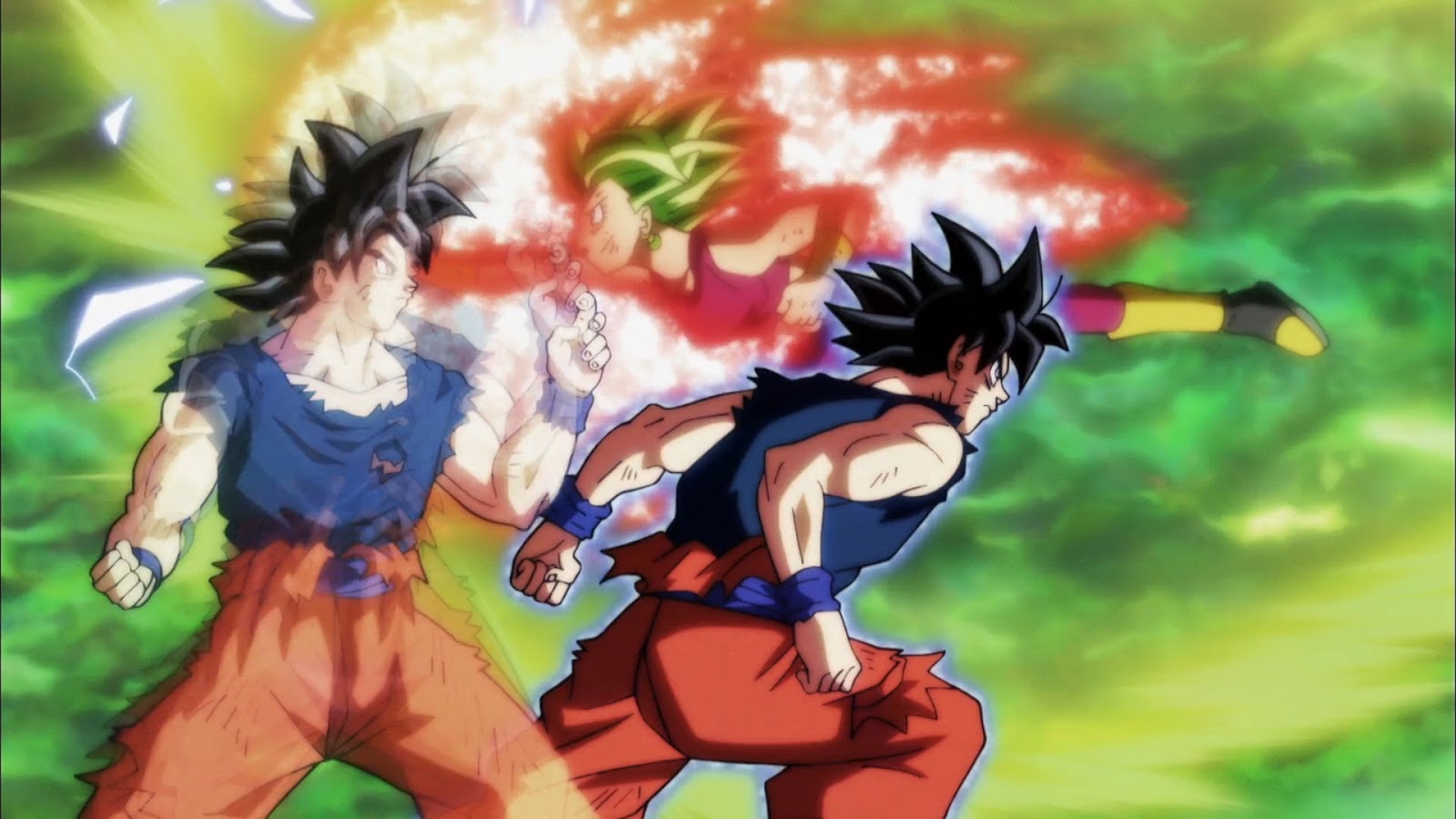 “Auto-Pilot” and “Option-Selects” are both terms used often within the FGC (Fighting Game Community); “Auto-Pilot” is when someone does something so often that they do it unconsciously with no thought given to the situation, while “Option-Select” is inputting a command that can have multiple outcomes and allowing the game to go with the best choice, and that decision comes down to what your opponent attempts.

In Street Fighter IV there was an abundant amount of “Option-Selects” and many people hated it because it required less thinking to win a situation.  If someone was putting pressure on you and you did the “crouch tech”, you would do a number of different options dependent on your opponent.  The first was you would remain blocking if they kept attacking, the second is you would interrupt them if they had a gap in their offense, and the third would be you would break a throw if they attempted one.  You covered three options by only doing a single thing, so it felt a lot like cheating since not much effort or thought was needed to cover multiple bases.  Though it is true you did need to know the option-select in the first place, it became laughably easy to shut down all your opponent’s options with very minimal effort.

Ultra Instinct is essentially the same thing as option-selects and auto-pilots.  Goku sits back and lets his body work for him, no thought is given or needed and can even hinder him by attempting to think while attacking or defending.  A good example is shown in Dragon Ball Super episode #116 “The Sign of a Comeback! Ultra Instinct’s Huge Explosion!!“.

“No. Kefla-san’s vigor is indeed impressive, but at present, it appear’s Goku-san’s attacks are ineffective.  It’s likely because he can’t fully utilize Ultra Instinct when he switches to attack”.

While that explains why Goku attacks are not one-shotting Kefla, Whis elaborates later on about what he meant initially after Tien comments, “If he [Goku] could attack unconsciously…”.

“That’s the hard part.  Everyone thinks about what attacks will be effective.  The reason why all of Goku’s attacks were inadequate…was because in that instant, his thoughts were focused on them.  To separate the mind from the body and leave everything to instinct…I wonder if Goku-san will be able to achieve that in the time he has left”.

Goku has been shown to be a master martial artist and combat tactician, it is probably going to be incredibly difficult for him to just sit back and not attempt to think about what is effective.  Though, it may not be so much that he was thinking about what he should do, it was the fact he was thinking about it while doing it, which might be the cause of it not hitting as strong, sharply, or quickly as in his battle with Jiren the Grey.

Again, this is just seemingly going to be Goku fighting without thinking; like he cannot think about how to defend while doing it or think about attacking while actually attempting to land blows.  This feels like a hack someone would use inside of a video game that automatically allows you to dodge everything and only attack when you will not get countered.  Feels very much like something Goku would not go for because he is so adamant about training and doing things himself.

Ultra Instinct is definitely a cool power that shows off its strength and might in making the user seem nearly untouchable due to its increase in reaction time.  While I absolutely love how badass this makes Goku look and the sequence in which he obtained that form was one of the best in the Dragon Ball series to me, I feel like it does NOT fit who Goku has been as a person.

From Dragon Ball to Dragon Ball Z, even in Dragon Ball Super Goku has always been about training, growing stronger, and meeting the next opponent.  I feel like he would want to be control of his actions fully and any diversion from manual to automatic would simply lessen the thrill for someone who thirsts for the joys that combat could bring.  However, I could be entirely wrong and Goku does not care so much as outwitting his opponent as he is about gaining as much power that he personally can (no matter what form that might take) in order to become the victor (though he did complain about having to reach Super Saiyan God with the help of his friends in Dragon Ball Z: Battle of Gods; maybe it would be different this time because it came from within).

At the very same time, I was not aware that Ultra Instinct has the type of glow and aura that Goku exhibits; neither Whis, the other angels, nor Jiren (has not been confirmed he has UI) has it.  It is very possible that he has another variation that we have not seen before, or perhaps he is tapping into the true power of “Super Saiyan God”, cannot really tell.  In its current state, Ultra Instinct is impressive but definitely feels like it is lacking what makes Dragon Ball a great series to me.