Guilty Gear Xrd -REVELATOR- came out only a few months ago, the latest iteration of Arc System Works’ famed fighting game series known as “Guilty Gear”.  -REVELATOR- comes after Guilty Gear Xrd -SIGN- and provided some tweak and balance changes, but still very familiar for those who played -SIGN-…yet I did not have a Playstation 4 to play the first one.
This editorial focuses on my current struggles that exists trying to become competent with Guilty Gear Xrd -REVELATOR-.  Whether it is trying to learn character specific combos, converting off of stray hits, or simply learning how to properly apply the neutral game.
Enter GGXrdR 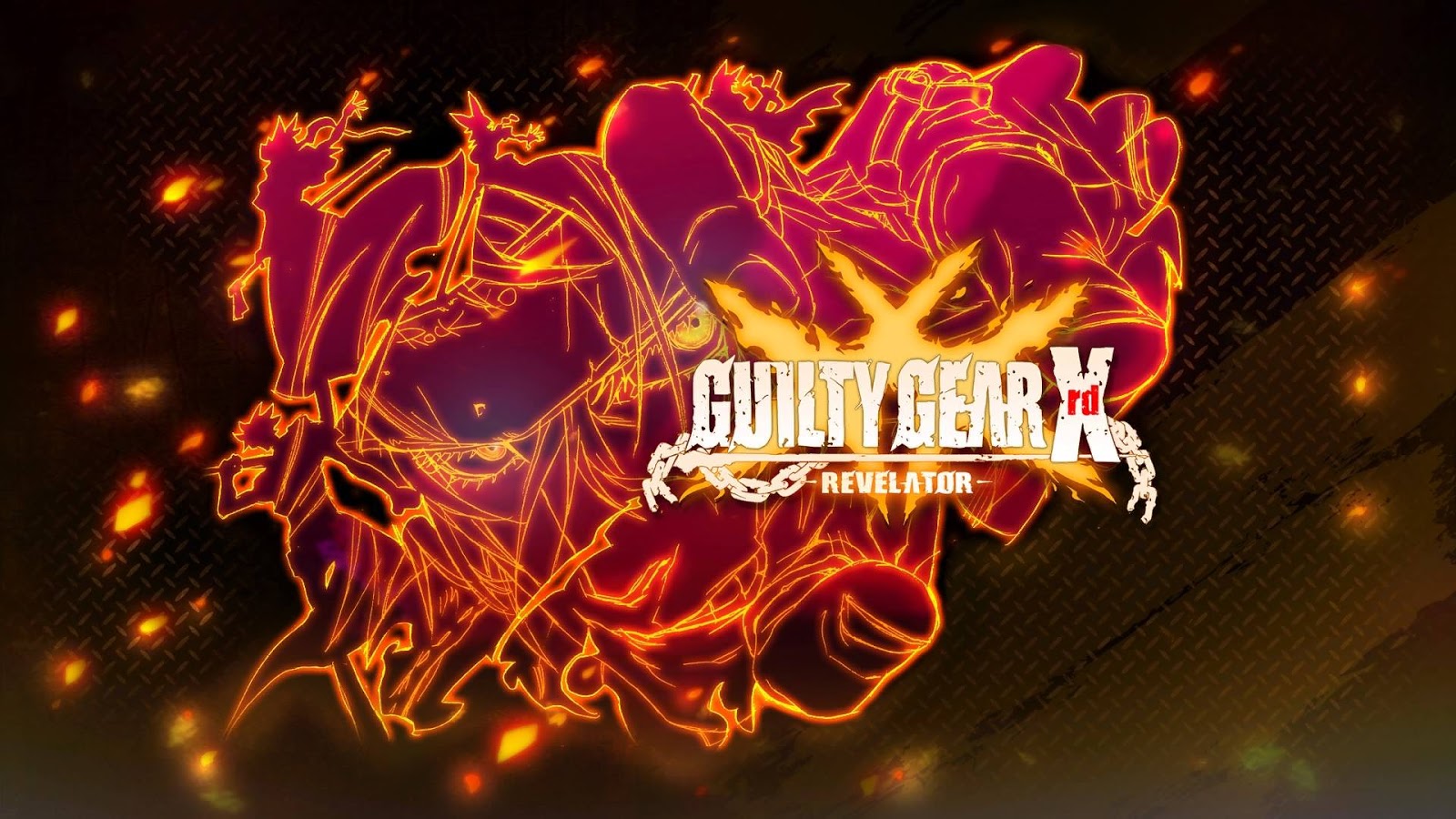 Guilty Gear Xrd -REVELATOR- is my first ever Guilty Gear game where I have actually learned how to “properly” play a fighter.  While I have played Guilty Gear XX #Reload: The Midnight Carnival and Guilty Gear Isuka, I was merely a button masher when these games originally came out.  I had no idea how to properly combo, properly apply pressure, or even basic terms that are used today like “okizeme” and “jump cancel”.  However, I do understand most of the concepts because I have played every single game within the “BlazBlue” series, Guilty Gear proves to be a whole different beast.
Guilty Gear Xrd -REVELATOR- is so vastly different to me than games like Street Fighter V, Mortal Kombat X, Killer Instinct, etc. because of the fact that many of the combo are character specific.  Certain things that work on Sol Badguy may not necessarily work on Ky Kyske, and while things may work on Potemkin you should not expect them to also work on May.  These specific combos, setups, and overall optimizations that are required versus characters per character means a lot of study time and dedication.  Not only that, but playing multiple characters successfully is even harder than in other fighters today (mainly because of specifics), proving quite bothersome if you are having trouble even mastering one.
I am having so much trouble just getting basic things down like “Instant Air Dashing (IAD)” and when I should probably go for a “Yellow Roman Cancel (YRC)”.  While I am currently using a Playstation 4 controller because I do not have the money to afford an arcade stick (which is a big problem with my execution), I am still frustrated by not being able to adjust with what I currently have to work with.  Certain combos, punish options, and entry approaches are cut off from me by not being able to properly IAD when I want to.
Character Crisis 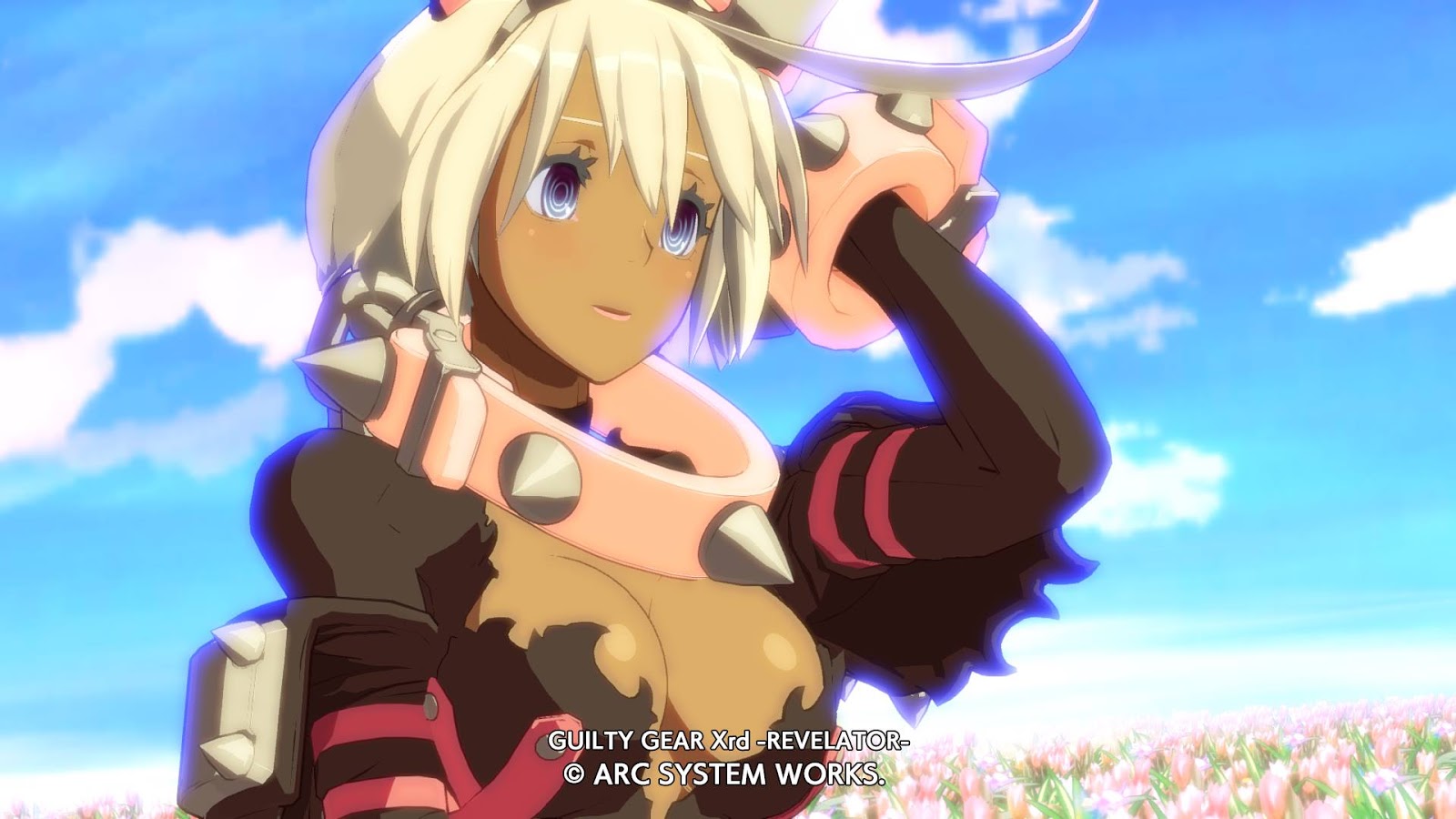 Within every single game that I play, I always go with characters that appeal to me versus what may be the current tier list or “viable” characters.  For me, the order that I normally decide in goes “Aesthetics”, “Play style”, and finally “Fun playing”.
Aesthetics are usually what initially get me interested within characters.  I really love cute female characters (potential waifus inbound), so therefore I normally main them.  While I really love the weird and darker characters (such as A.B.A.), I will sometimes go towards the more cutesy or sexy characters (such as Cammy White in Street Fighter).  Unfortunately for me, nobody that I play was currently present within Guilty Gear Xrd -REVELATOR- when I first got access to the game (A.B.A. and Baiken).  Therefore, I had to settle down with someone else.
I had no idea whether-or-not I wanted to go with Millia Rage or Jam Kuradoberi.  I considered both of them cute, and they are both aggressive characters.  However, I knew that Millia was a “vortex” type of character who did not have very much power, rather she was someone who would make it difficult for the opponent to successfully mount a defense once she scored a single hard knockdown.  Jam, however, does not have an okizeme game that is as good as Millia’s, but she has magnificent raw damage.  Seeing as I am a fan of small characters having crazy strength and insane damage (think Makoto from Super Street Fighter IV), I already knew that Jam was the right pick.
Unluckily for me, Jam fit everything I wanted but her personality.  She had no story in “Episode” mode, nor did she play a very big part in “Story” mode.  She was shown to have an amazingly self-centered attitude and she did not even want to learn how to “tune”.  She also talks “broken”, a trait I have seen a lot of Japanese use when portraying Chinese characters (such as Ku Fei in “Negima: Magister Negi Magi” manga).  This made me not want to play with her at all, as she was not as cute as I had originally thought.  To top this off, her “dark skin” palette was absolutely terrible, it was nowhere near as good as it should have been.
Elphelt Valentine turned out to be the pick for me.  She had an amazingly cute and colorful dark skin palette, fought with a shotgun, and was perfect waifu material.  She played a huge role in the game’s story, and she had adorable opening and instant kill cinematics.  Not to mention I love how her shotgun, which is my favorite gun-type (even though my favorite gun is actually a Mac 11).  However, picking a character was just the beginning of my troubles.
Frustrations 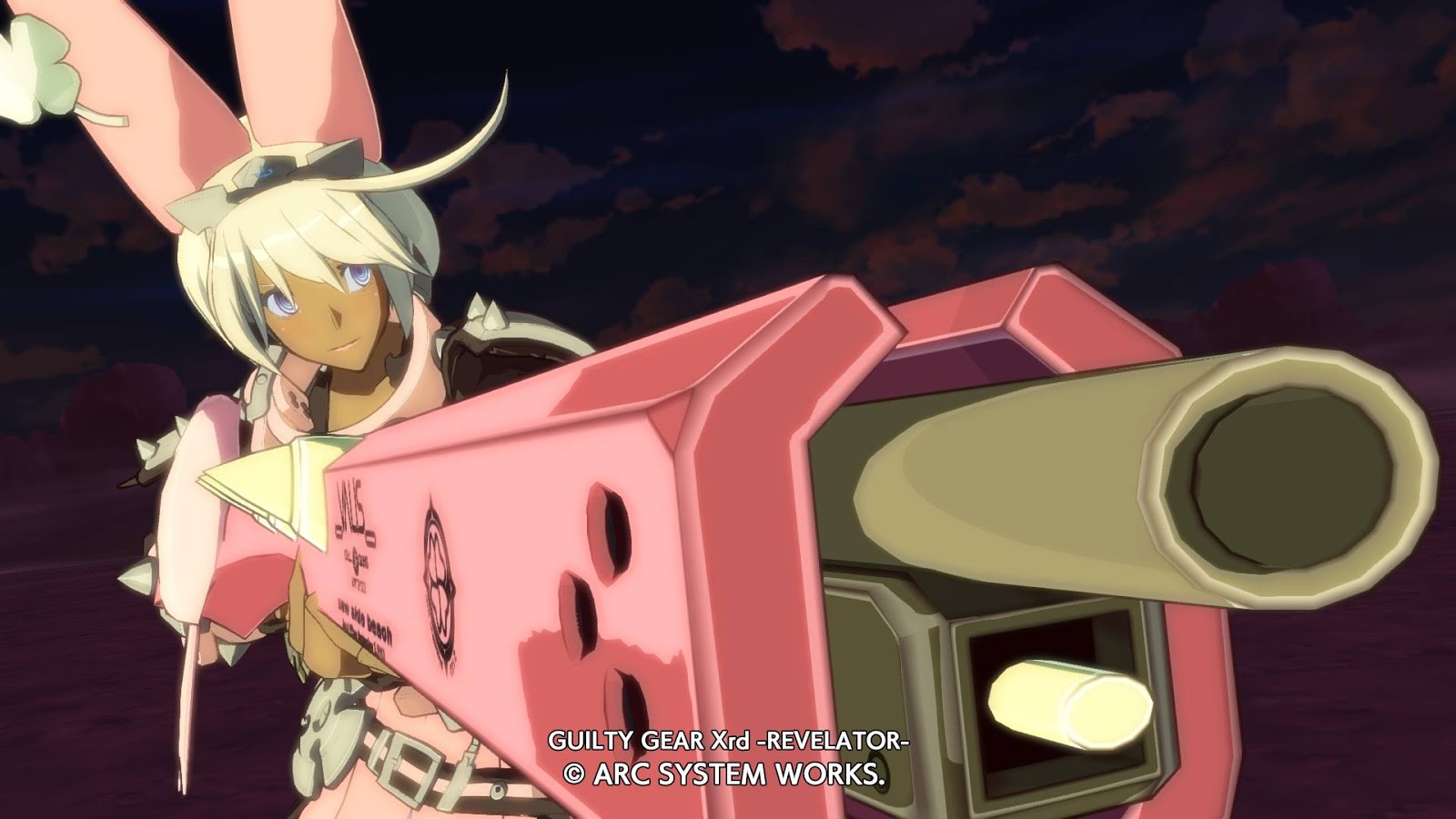 Elphelt at the time that I picked her, stood to be a character that many considered to be “S-Tier”.  While she has currently been nerfed (along with Sin and Johnny), she is still considered to be a very good character that is viable in high level competition (and may still be among the best within the game).  However, Elphelt has been quite difficult for me to learn because she is a character that does not play to my strong suit.  I like more straight-forward character that focus on raw damage and power versus having to rely on combos that lead into setups or rely on burst-safe damage options.  She has a situational anti-air, no real reversal (outside of her Judge Better Half super), and must YRC to combo off of her throw (and I tick throw a lot).
I was very excited at first, even making a combo video called “Waifu Gotta Shotgun”, and figured that was all I would need.  Unfortunately, I found that I did all of these combos against Ky Kyske and learned something heartbreaking when I had Clever Fox Sol check it out in his stream.  He said that Ky had a wonky hitbox and a lot of the combos that worked on him may only be “Ky specific” combos, and sure enough, a lot of the things I did happened to work only against him.  This means that all that time I spent finding combos were only good against this one particular character, negating a lot of the optimism I had.  Not even that, a lot of the combos I did were not ones that lead into her unblockable, meaning that these setups would either be useless or had to be modified.
My training partner, Rasean, has told me that my usual playstyle is “If Plan A does not work, find a way to make Plan A work”.  To be honest, I have to agree with this.  I have to find a way for Elphelt to work because she is the only character I want to use at the moment, and that will come with experimentation and that comes through playing.  I plan on making her work, but so far she has been more of a pain in my ass than learning any other character during my tenure within the fighting game community.  Even though learning Alpha Patroklos in Soul Calibur V tried my patience, this is even worse (maybe because I do not have my stick, but who knows).
I have been getting a steady influx of help from PAG | Lost Soul, a Guilty Gear player who is well known.  In fact, he just won the “Defend the North 2016” tournament for Guilty Gear Xrd -REVELATOR- with Jack-O.  This has really helped me with learning some optimal combos that Elphelt has, including how to properly do some of her unblockable setups and character specific shenanigans.  This is a welcomed change from when I attempted to go into the official DustLoop discord chat, only for Hotashi to watch some of my game play and comment very poorly.  Did not even help, he literally just said I was pretty much no good at all and I should work on things on my own.  I am very thankful that Lost Soul took it upon himself, when he did not have to, in order to give me knowledge and tips.  I appreciate that.
For now, I need to focus on getting down my neutral and properly utilizing stray hits and unexpected pine berry grenade connections to maximize my damage.  Conversions happen all the time, and I will either get thrown out of ill-timed normals or simply fail to kill due to not getting the maximum damage off of a hit.  It is frustrating, but everything takes time and I am not exactly good at fighters to begin with, I merely become that way through practice and determination, as I am doing now.
Overall, I am really enjoying Guilty Gear Xrd -REVELATOR-.  Elphelt is a joy to play as and every victory brings legitimate joy, but just learning how to properly play so I can get consistent wins is proving tiresome.  Nothing to do but to keep pushing forward until I get to where I want to be, however long that might take.
SHARE:
RATE: