You all know from my previous article how devout I have been to Arc System Work’s Guilty Gear Xrd -REVELATOR-.  I am dedicated to becoming one of the best Elphelt Valentine mains and I have currently been doing a lot better.  This article is set to outline exactly why I am feeling more that way and why those things currently trying to hinder my progress will not be allowed to have their way.
Improvement Evident
Guilty Gear Xrd -REVELATOR- is my first game within the series that has been played as competent player.  This has caused all types of frustration in learning the game properly since it is vastly different than how BlazBlue plays, but I am beginning to adjust nicely to what I should be doing.
Combos and confirms are getting a lot better, I know what to do dependent on the situation that I land myself in and am continuing to make wise decisions on my combo conversions.  Whether-or-not I go for a Roman Cancel combo, Pine Berry grenade setup, or even back off and go for her sniper rifle.  I am beginning to get maximum damage on block string confirms and becoming an opponent that is a force to deal with for the intermediate level player, something I am proud of considering where I was about a month ago.
I can attribute this to many things; playing with friends regularly (especially V01D_XLVII/Ramlethal and TKing255/Raven), getting helpful advice (props to Lost Soul-sensei), and dedication to practicing optimal combos.  I have been getting better at the neutral game, instant air dashing (IAD), and pressure upon knockdown to make my okizeme harder to deal with (as before random grabs, wake-up supers, and 2P mashing was the bane of my existence).  However, I do know that I still have to work on a variety of things with Elphelt (better Dust corner combos, better use of jump cancelling IAD pressure, etc.), but the most important thing happens to be what to do after an unblockable setup is successful.
Unblockable setups are what make Elphelt Valentine so deadly, as she is able to get a reset on damage from a big combo and lead into another high damage combo that can potentially lead into another unblockable setup.  What Elphelt does is worse than Millia Rage or Raven because it is guaranteed once the setup lands and you do not have to rely on successful mix-ups to get more damage (even if theirs are hard to deal with).  The closest person to what Elphelt can do is Johnny, however, the most recent patch makes it where his Bacchus Sigh causes his Mist Finer to cause stagger instead of being unblockable, leading to a loss of raw damage and setups for him.  This was not possible to nerf on Elphelt because it would require either changing her grenade timer (which means loads of combos would no longer work) or changing the unblockable property on a held sniper rifle (which makes it relatively useless outside of zoning pressure).
All-in-all, I am beginning to get to a point where I can look back on my old self and nod my head.  I am further than where I thought I would be and I am continuing to improve with each passing day, eventually I want to be able to win a major tournament and cement myself as one of the best players within the U.S., and soon after that, the world.
Not Letting Anyone Hold Me Back 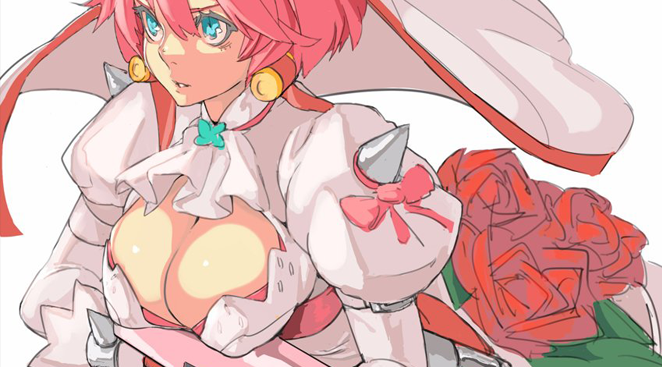 Something else I need to bring up is the fact that I tend to play online as my main source for experience, mainly because I work 12 hour days on Friday, Saturday, and Sunday which means it is very hard to get to local tournaments since most are held on weekends.  This means that my offline experience is going to be highly limited and I will have to rely on being an “online warrior”, which prompts me to pay extra close attention to what I can get away with in this environment versus the proving grounds of offline competition.  I mostly play with my training partner “Riot Trigger” or “RaS”, and we have been fighting each other nearly every day since the release of Street Fighter IV back in 2009.  However, I realize that, while I do love fighting him, he is also my biggest deterrent.
Often times I do not want to get better legitimately, I simply want to get good enough to where me and him are fighting on even grounds.  Half of the time I am not really trying to surpass him, just mainly fight on par so that our online session would be enjoyable for both of us, and that happens when the win and loss ratio is normally 1:1.  The reason behind this is a key ingredient within most fighting game players, “salt”.
RaS has a tendency to get mad at his own execution, mainly because he tends to have trouble getting out the moves he wants when he wants them.  Often times he will get upset and begin to verbally express it — “Ugh, why did he do that?!” – even though everything your character does is based off of your inputs.  However, the problem behind us playing is not really his salt or the fact that he gets mad at things that are his own doing, it is that I am often discredited from actually being the reason he lost.
Riot Trigger will often times blame him losing on his own execution or me getting “lucky” with our exchanges and coming out on top, even though I too have problems sometimes with execution.  The difference between me and RaS is I barely say anything about my own losses or problems and instead on focusing on what I can do, I simply blame myself for the losses I take of my own lack of execution and credit him for taking advantage of it.  My mentality is simply “I have to learn to do better” rather than “I am only losing because of bullshit”, which his actions kind of shows he is leaning towards the latter.
Even today when we were playing he credited him losing to a few things, which he verbally complained over.  The first happened to be that he was not completing his combos and this resulted in situations where I was getting hits in, which is true.  However, he was also saying that Elphelt is not as difficult to play as Johnny and online with him is even worse (even though we have constant 2F lag, which is damn near perfect for online).  I found that to be ridiculous since who we picked was never a factor in any game we have played.  This was not the same thing he was saying a month or so ago when I had no idea how to get around Johnny’s ridiculous range, when I was trapped in the corner and could not get out, from me having no idea how to pressure or do okizeme when he would mash grab on wake-up or mash out wake-up super.  What changed from then to now to where these things are now becoming factors?  It is simple, I am winning more games than he is right now and in a more convincing fashion.

I am getting better and it is showing.  He is complaining about the damage I am taking in both the middle of the screen and in the corner, the difficulty of characters we play, and verbally snapping on things; “You got lucky” is his to go to line.  Fact is, I am going to continue to get better and I will not limit myself in order to make sure we have a good time while we are playing.

I am landing my combos, I am doing better with Elphelt, and I am winning more.  I think I am having fun.