Ibuki, the high school ninja girl whom we were introduced to in Street Fighter III, and once in Street Fighter IV, is going for a three-peat with her debut in Street Fighter V.  Excited yet?  Well, finally got a release of her official trailer and the assets that go along with it after those who tuned into the “Combo Breaker” tournament got an advance peek at it.

You can check out Ibuki’s official Street Fighter V reveal trailer, screenshots, and my impressions after the jump below.

To be perfectly honest, when they announced Ibuki as a DLC character, I was quite excited that she was making a comeback.  While she is not someone I have ever played in either of the games she has appeared in, I have always found her to be refreshing.

I have quite the affinity for female fighting game characters, mostly because I am a straight male and if I am going to be spending hours practicing in training or online, might as well be looking at a pretty woman.  Not to mention Ibuki is typically a rushdown character, someone who is always in your face and fails to let the opponent breath, not to mention she is a high school ninja!  While I would have honestly preferred if they put in Makoto, Ibuki would be my second choice amongst returning cast members from Street Fighter III.

Her trailer is very hype to me for a number of reasons.  The very first one that stands out is her aesthetics.  It appears as though they have given her the schoolgirl DLC outfit from Street Fighter IV while also giving it more of a ninja-like appearance by using kunoichi gear, essentially emphasizing the fact that she is a ninja that is also a grade schooler.  One of the most important things to me when deciding whether-or-not I want to play a character is if their appearance is cool or not, something that they have excelled at out-of-the-gate with Ibuki.  Hopefully they have added a variation where she does not have the mask on, as she looks absolutely adorable in her win pose for when you win a single round, and at the end when she takes her stance after standing victorious over an opponent.

The next thing I want to talk about is her fighting style.  Something I wished CAPCOM did when looking at most of its characters is changing the way in which they fight.  While it is understanding that a mainstay like Ryu retained his “classic” feel, it did not make sense why more characters did not receive the “Ken treatment” where they fought completely different than their former counterparts (they did try with Zangief, but unfortunately he is rated as the worse character in the game unanimously).  Ibuki seems to have enough new things to make her feel like a completely new character that still encompasses her kunoichi spirit.  For as many things as she has old and returning (such as her forward throw or the neckbreak animation back throw or target combo that launches the opponent) there seems to also be many new and exciting things (such as her gliding ability or the use of bombs within her combos).  She has enough appeal as she is to bring in those who loved her and are joyous in her return, and give those who questioned her entry within the later iteration of Street Fighter a firm understanding on why she was pushed by CAPCOM.

The only thing I am disappointed about is that she did not gain a stage of her own.  The appearance of Guile within his redone Street Fighter II stage built me hype that we would see more of that, but unfortunate we did not.  While it is true that Alex did not technically have a brand new stage, we can argue that the New York stage is his (mainly because he disappears from the background when he is fighting on it and he is from that state).

Out of every downloadable content character that they have shown trailers for (only Alex and Guile so far), Ibuki seems to be the most changed from her previous iterations and possibly the most fun thus far.  Whether-or-not that holds up upon release depends on her tournament viability, but even that has no bearing if she is as fun to play as she appears. 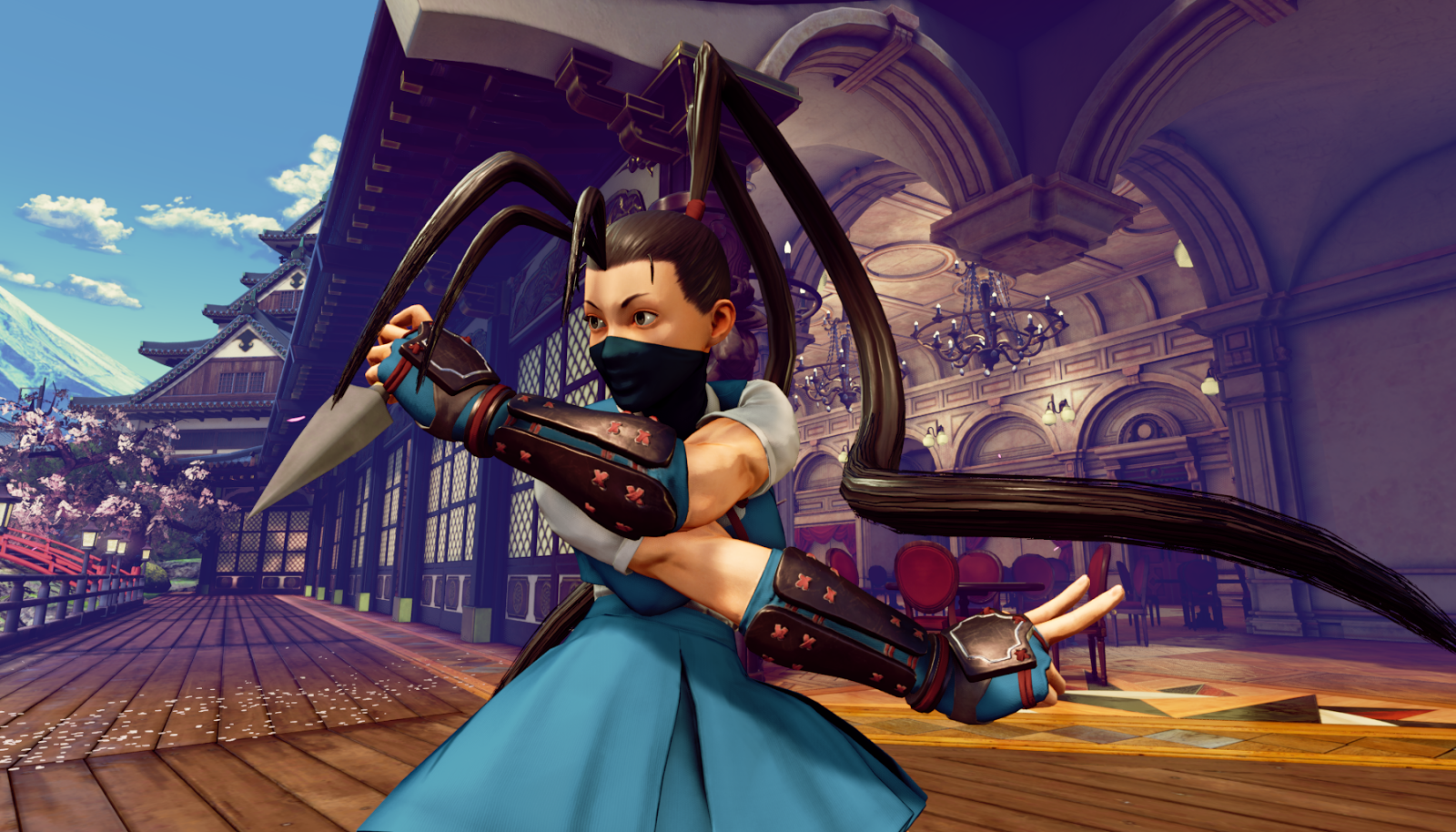 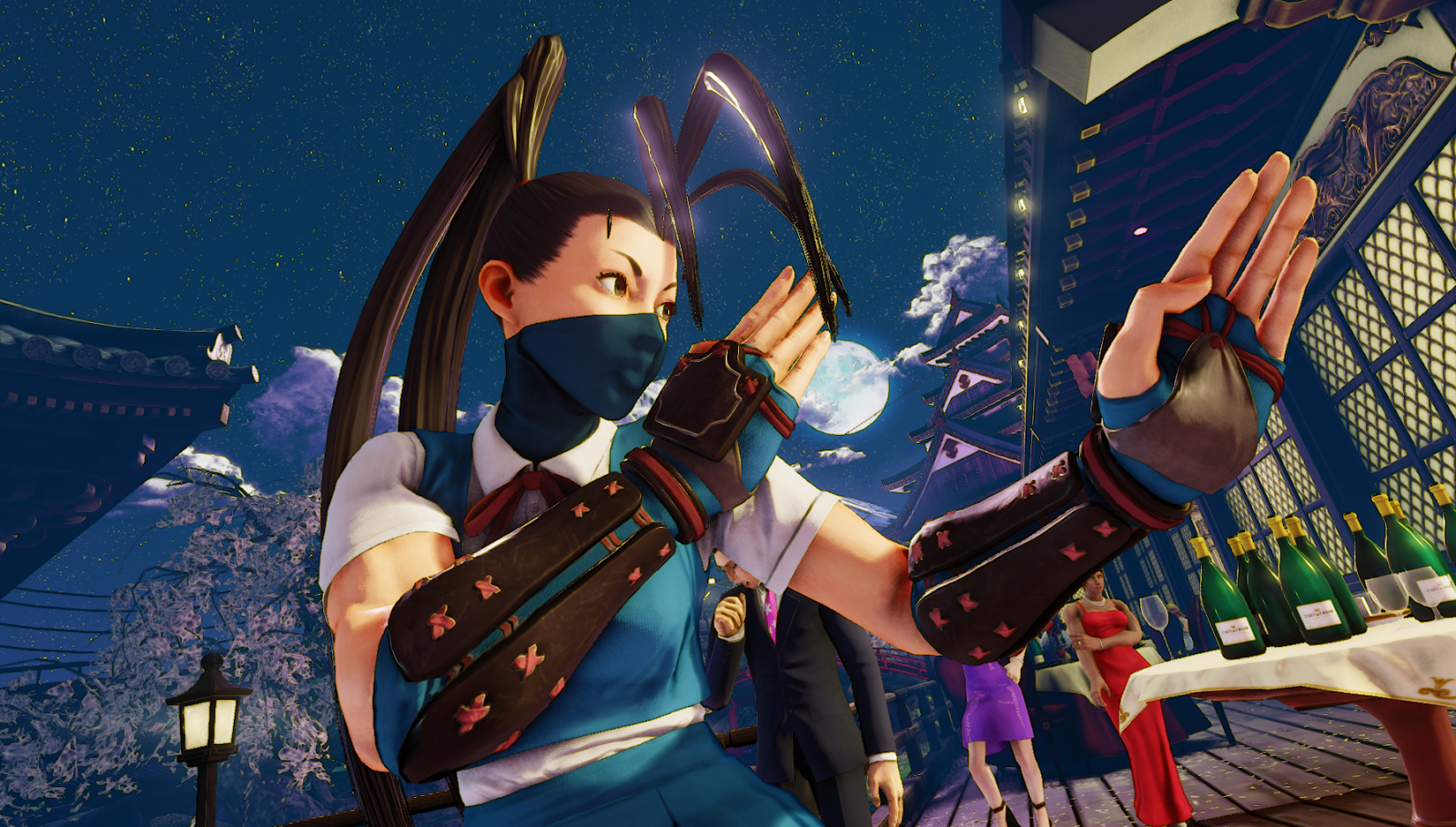 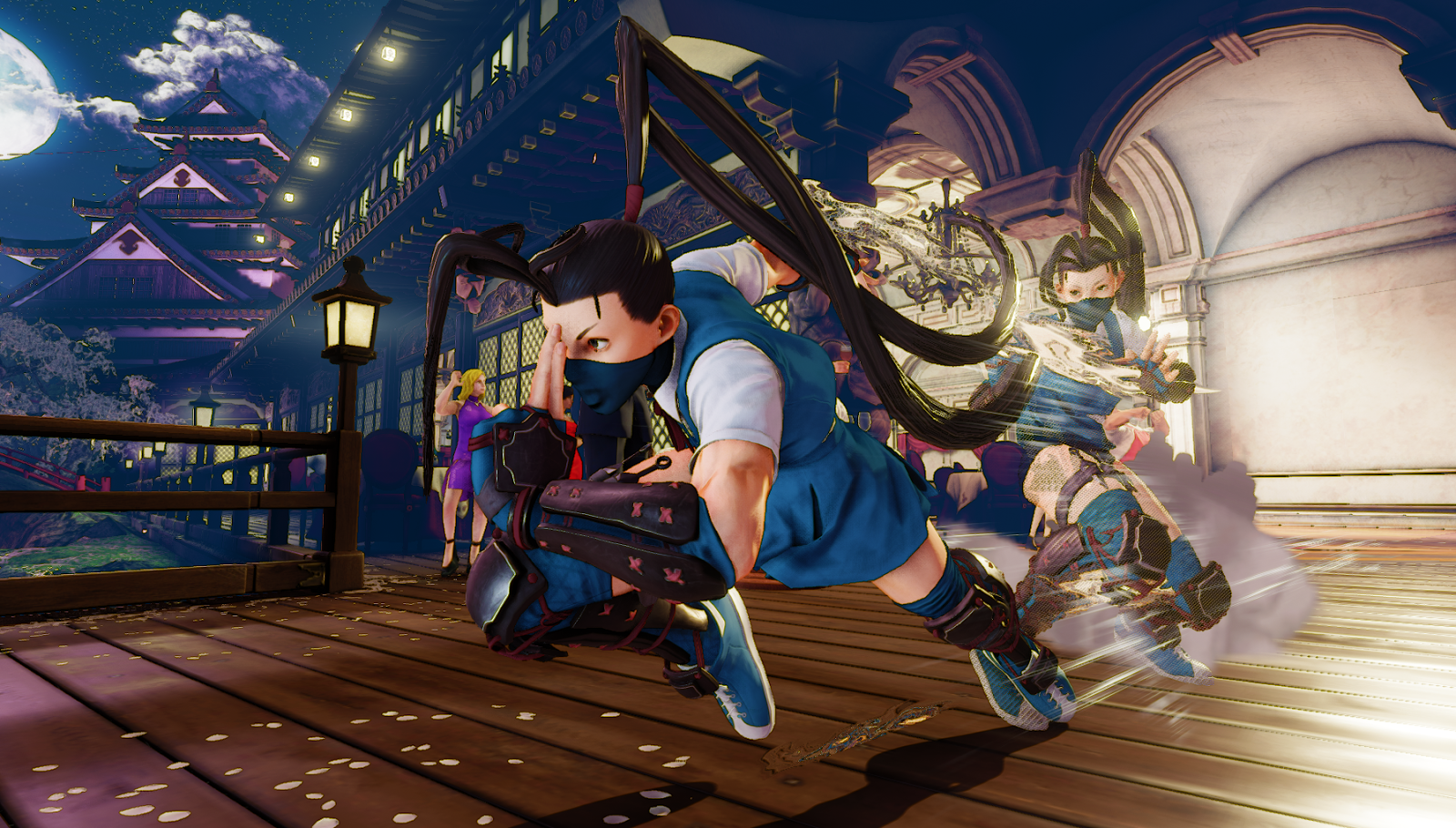 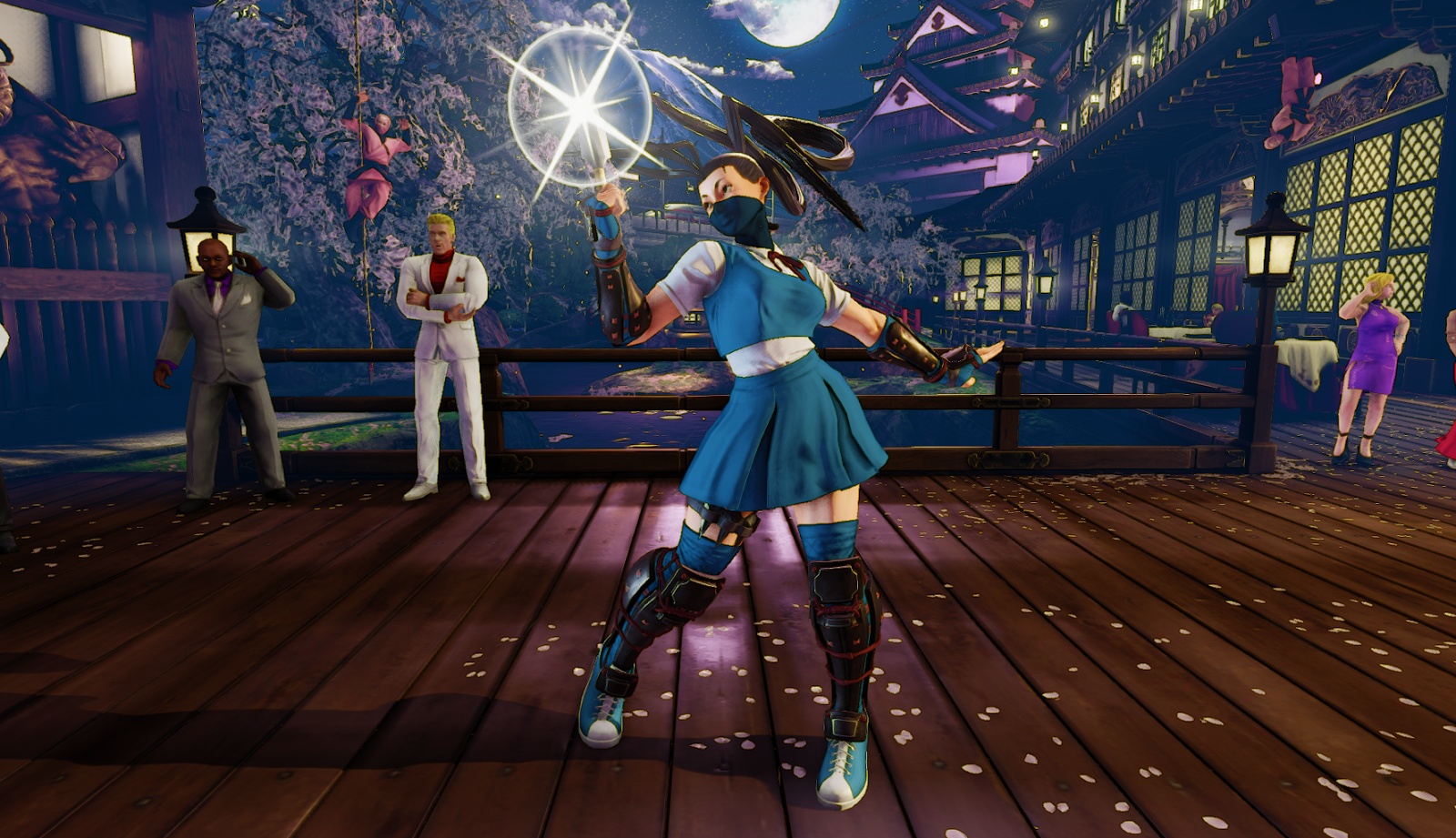 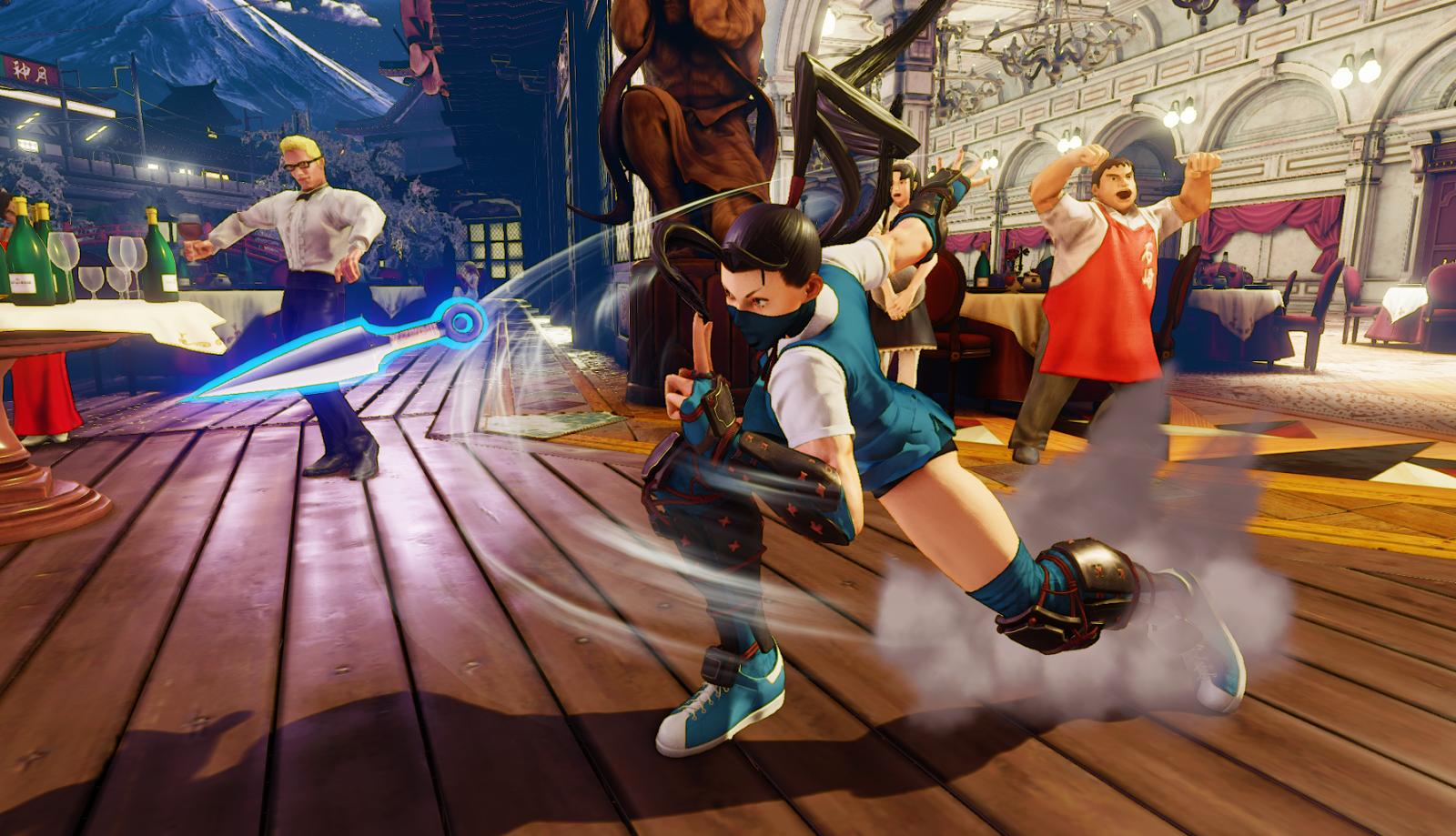 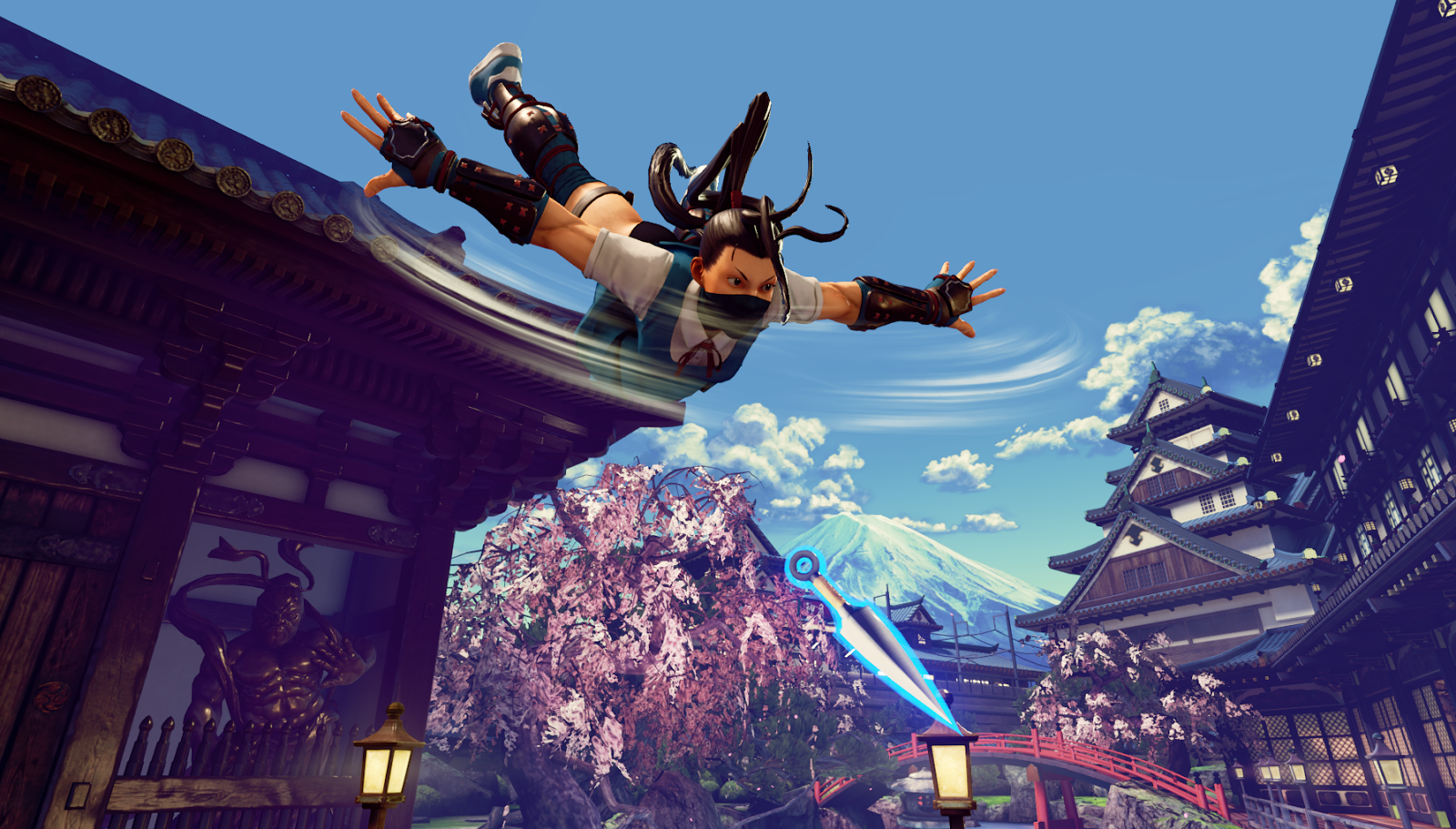 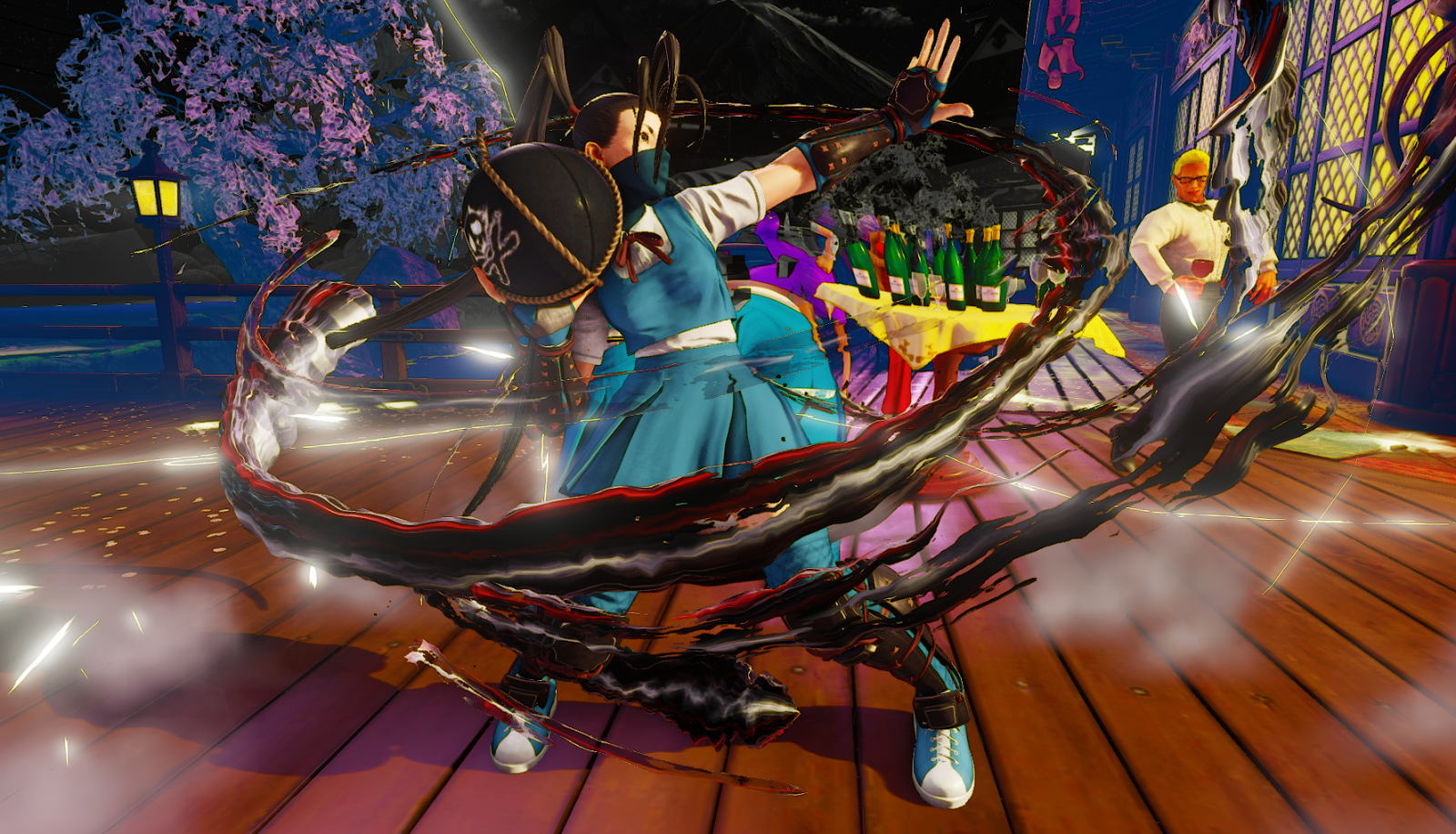