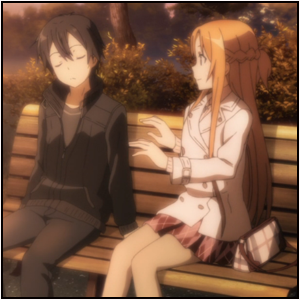 1st Episode Impressions is an article series which focuses around reviewing the debut of a new anime or season’s very first episode.  The goal of these articles is to show whether-or-not an anime makes a lasting impression on me from the very beginning and is a comparative point for my final review of that anime or season.
We first saw the appearance of Sword Art Online in anime form in July 2012, taking the otaku community by storm and becoming one of the most popular series of that year.  Now here we are, two years later and ready to embark on this journey all over again.  Exciting as a second season is, will Sword Art Online II be able to live up to fans expectations?  We will see in due time.  In the mean time however, here is my impression of the first episode.
1st Episode Impressions 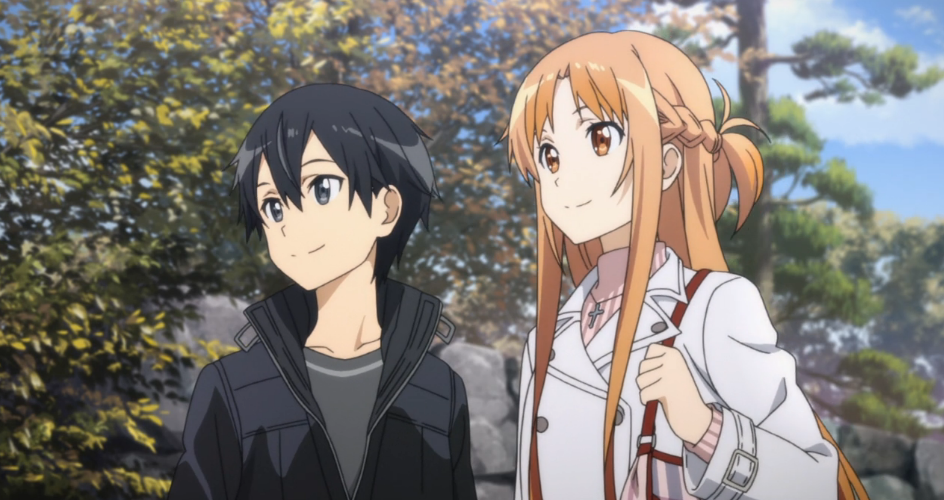 So, we start off in another Virtual Reality world that is apparently known as “Gun Gale Online” (I have absolutely no idea why they called this “Sword Art Online II” and not “Gun Gale Online” if the main world will be using guns as a primary weapon, maybe they are hoping the name SAO carries more weight to fans?), and it seems someone is able to kill within the game similar to the events in the first Sword Art Online series.  This already makes me believe that it is an internal job by someone who has access to the server in America (Since they said that all servers are offshore), and more than likely is either an unskilled player who is upset that he has no “Power” in the game due to his skills or that he is tired of others looking down on him.
From what I can tell from Asuna and Kirito is that they are still together and happily in love, probably still looking at each other as husband and wife rather than boyfriend and girlfriend.  I say this because Asuna happened to say she wants to be with Kirito “Forever”, not to mention they talk about the differences between the real and virtual world and how it may be possible to create a standalone device to project Augmented Reality wherever they want so that they could be with their digital daughter outside of the game.  You can also tell that Kirito does not want to Asuna mixed up in the mess he is being dragged into regarding “Death Gun” and Gun Gale Online.  Oh speaking of, we already know Kirito is probably going to go in and attempt to figure out what is happening.
Kirito already acknowledged that Gun Gale Online is currently the only VRMMORPG (Virtual Reality Massive Multiplayer Online Role-Playing Game) in which pro players compete and are able to earn money upwards of 200,000¥ – 300,000¥ a month (About $2,000 – $3,000 US) by trading earned coins for real world currency. Kirito expressed his concern for the skill gap concerning the game and saying his previous skills may be no match for them because of that extra incentive to hone their craft to be able to live off of their passion alone.  Though, I think this is hinting that Kirito will eventually become a top player, especially since in the ending credits we see a FEMALE in all black attire with a glowing sword deflecting bullets (Jedi style) and slicing through the competition, this has to be Kirito.  I figure they will allow him to use a sword to bridge the skill gap since he is a master of melee combat at this point.
I think the premise is good so far, but I do not believe for a second that Kirito would be motivated by money with the chance of dying and leaving behind Asuna and his daughter (Unless his motivation is using the money for “cooperating” to try and invent a device to allow Yui to interact with them in the real world).  I figure he will be enticed by something more in the upcoming episodes and eventually Asuna will find out, find it to be too dangerous for Kirito, and pull herself into the fray as well (If she is not already playing the game without him knowing, which I find to be another big possibility for a “Plot Twist” later on down the line similar to his sister finding out Kirito was in ALO).
One thing that has also been plaguing me logically since the very end of the first season is why in the hell would anyone involved in the Sword Art Online incident want to take the chance to enter into another Virtual Reality world?  Personally, I would do my best to steer clear of it for the rest of my life if someone could have such control over my body that I would be unable to do anything unless I meet their conditions, scary.  The fact that they want to dive back in so badly (And willingly) only shows me they are all either hardcore gamers, consider the Sword Art Online and Alfheim Online as isolated incidents that have been resolved, or the time they have spent inside of Sword Art Online meant more to them than the possibility of losing their lives.  I kind of bank on the latter which is why he may willingly put himself back into such danger, nostalgia.  Though, from how Kirito talks at the end it may seem that he does not want more people to die if he has the power to stop it from happening, but this is different in the sense that no one is trapped and forced to play the game.
The Verdict 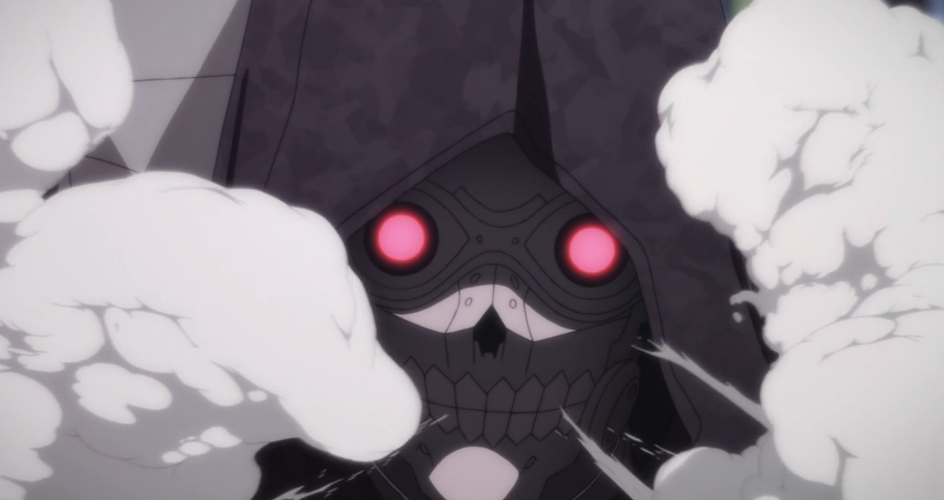 HALF -N- HALF
STRENGTHS   – Introduction to the main antagonist, audible confirmation of time lapse between SAO and SAO II, Direction set for plot advancement.
WEAKNESSES   – No solid reason to join Gun Gale Online, Asuna and Kirito’s time together seemed like an episode filler, Boring and uninspired conversation, lack of Gun Gale Online action.
This opening was less than I had hoped for, as I thought we would be getting more into exactly what Gun Gale Online is by the way of action-oriented sequences and a more dynamic display of the villain’s capabilities.  Also, I had figured that Asuna and Kirito relationship would be more romantic and the mundane familiarity they seem to have with each other (But I guess that is to be expected, they have been together at least 3 years at this point).  Though, I am happy at how quick they were to introduce a main antagonist as well as how they were able to quickly set a direction for the plot advancement.
Coming up into the future, I want them to give a true reason as to why Kirito should participate in Gun Gale Online in order to figure out Death Gun’s killing method, what fuels his intentions, and exactly what he plans to accomplish by unleashing havoc in the digital world.  I will not lie, I hated the Alfheim Online portion of the original Sword Art Online but could bear with it because Kirito had a goal which was worth him diving back into virtual reality.  However, this time around it is completely optional and only a dire sense of loyalty or commitment will validate him diving back into something that could have him killed.
Despite its flaws it also had some pretty good things going for it, so I give it a Half-N-Half, not too good and not too bad, somewhere in the middle of greatness and mediocrity.  I look forward to seeing what episode 2 will bring.
SHARE:
RATE: