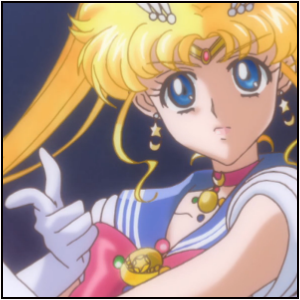 1st Episode Impressions is an article series which focuses around reviewing the debut of a new anime or season’s very first episode.  The goal of these articles is to show whether-or-not an anime makes a lasting impression on me from the very beginning and is a comparative point for my final review of that anime or season.
Sailor Moon is one of the first anime that a lot of people here in the United States got to see (Myself included), because of that, it is embedded within us as a nostalgic memory that lies as one of the building blocks of most otaku around my age group.  Sailor Moon is also one of the most recognized anime around and stands as the epitome of “Magical Girl” series.  Just like many others who lied in wait, we want to relive that magic…but will we be able to?
Nostalgia 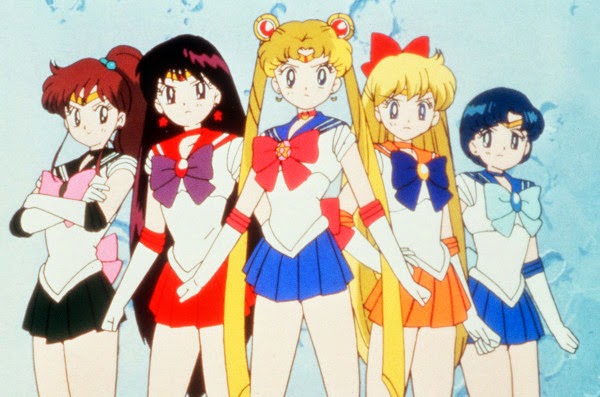 Waking up today at 6:00 am, I was able to mimic exactly what I did  back when I was a kid and get up around that time everyday to watch the likes of Sailor Moon with my little sister (Who is absolutely crazy for this series and recorded all the morning episodes on VHS recordable tapes.).  It was one of the two animes (The other being Dragon Ball Z) which contributed to me being a life-long otaku, because of that it has a special place within my heart and even being a guy, I am not afraid to admit that I love this anime.
My sister was a major Sailor Moon fan girl, she had trading cards, key chains, translated manga, and owned all the movies which released here in North America on their original VHS tapes (Sailor Moon R the Movie: Promise of the Rose, Sailor Moon S the Movie: Hearts in Ice, and Sailor Moon Super S the Movie: Black Dream Hole), so needless to say, I saw them all too.  As time went by, it became one of my favorite series because of the way it was presented, and regardless of it being a bishoujo anime anyone could see the emotions which surged through the characters.
For better, for worse, this was going to be an experience that was going to either reawaken my fondness for the series or make me utterly hate the fact that they did not leave it within the archives of anime history as a classic.  Honestly, they have some big shoes to fill and I want to see if they are up to the task.
1st Episode Impressions 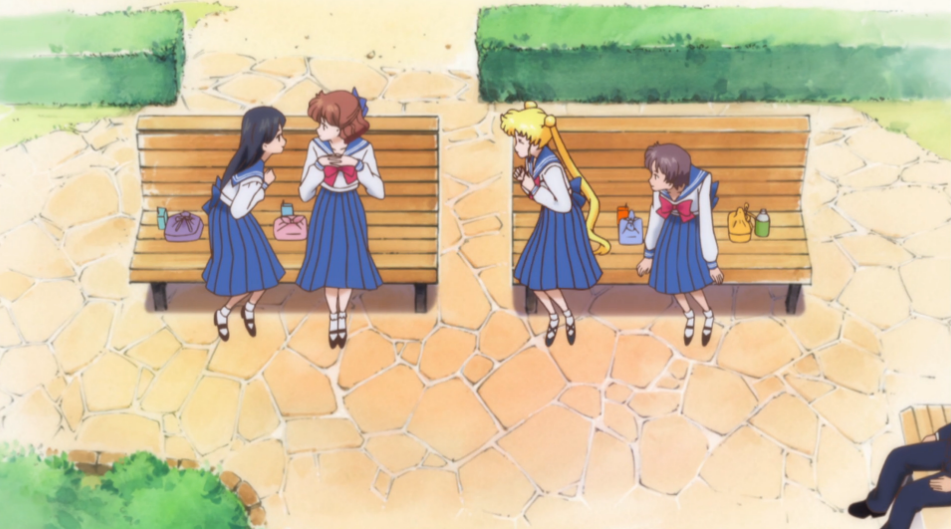 The opening song/transformation song is actually a lot better than I thought when I wrote my opinion piece on the them, but the cinematics (Even the opening) are actually more horrible than I thought (Except the pose with all the Sailor Scouts at the end of the opening, that was pretty cool).  Also, I thought thought that this series might be a continuation of the original Sailor Moon series (Which is why I figured they were releasing the entire series of Sailor Moon, including the last season which never aired in the West, to Hulu in order to bridge the gap), but it turns out that it seems to be a reboot of the original first season (So far at least).  At least, I vaguely remember this exact point in the anime happening already at the very beginning of the first season (I will watch the original later to make a comparative update of the first starting episode and this one).
The overall art is a lot better than I thought it was be too.  I know a lot of people were originally upset about the art change, but I am not because I got a chance to read the manga as a child and remember the artwork being extremely similar (As I know the original illustrations by Naoko Takeuchi were the inspiration behind this choice), so I feel it is only fitting and something long overdue for this series.  While I do not agree with how some of the colors look relatively pale (Kind of like someone turned up the brightness too high without adjusting the contrast), it is light and fluffly as something of this nature should be.
I remember in the original that Usagi (Serena in the English version) was a bit of an airhead, made exceptionally bad grades, and adored Sailor V.  Within this series, it seems as though she retains all of her comical personality traits (Though, she had no idea who Sailor V was at first…not sure if that was always the case).  I think they did a good job of retaining to her original personality in a way that coincides with what everyone remembers, it honestly feels like the first season with today’s modern technology (Versus a retouching and trimming like Dragon Ball Z: Kai).
The Verdict
GOOD OPENING ACT!
STRENGTHS   – Faithful Reboot, Fitting Coloring, Characters personalities faithful to the original, Catchy music.
WEAKNESSES   – Weak opening/ending collage, 3D transformation sequence.
Regardless of how Sailor Moon Crystal progresses, I am sure to be entertained, I just want to it stay true to its roots no matter which route it decides.  It was a very good first episode so I know that core fans will be pleased.  The only thing that really impacted me was that they did not take more time to draw a 2D transformation sequence instead of relying on 3D technology, as well as not providing a better opening which embodied the ambiance of the original first season’s.  All-in-all I have to say good job to the production crew behind this show, I look forward to the future of this anime.
SHARE:
RATE: