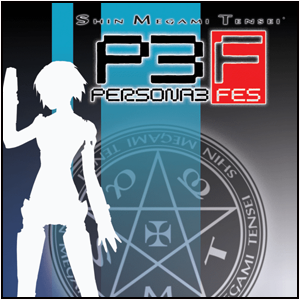 Shin Megami Tensei: Persona 4 FES is a Japanese Role-Playing Game that is now being released in Europe. Players are able to join in as a member of “S.E.E.S.” or the Gekkoukan High School’s Specialized Extracurricular Execution Squad.
This version of Persona 3 is enhanced, containing the full game Shin Megami Tensei: Persona 3 as well as “The Answer“, which is a brand new epilogue that takes place after the events of Persona 3.  Players will have to get ready for a dark, gripping adventure and unleash their Persona on the denizens of the Dark Hour.
Go ahead and hit the jump to read more information and check out screens and trailer for the game.
Those of you familiar with Shin Megami Tensei: Persona 3 will recognize this as the same game that debuted on the Playstation 2.  It is a Japanese Role-Playing Game where players have to balance living the normal life of a student and taking part in a dangerous extracurricular activity after school.  You have to explore the mysterious tower known as “Tartarus” which only appears during the mystical “Dark Hour”, the exact time is the seconds between 12:00:00 Midnight and 12:00:01 A.M.  You are one of the newest members of S.E.E.S., the Gekkoukan High School’s Specialized Extracurricular Execution Squad, with your goal being to protect the world from the Shadows that lurk within the labyrinth.
This game has been enhanced and is now being released as Shin Megami Tensei: Persona 3 FES with a brand new epilogue known as “The Answer” to complete after the events of Persona 3 have ended.  Atlus is promising over 120 hours of gameplay.  This release is available to download on Playstation Network (PSN) for Europe, costing €9.99/£7.99.

For more information, check out the official Persona 3 FES website.