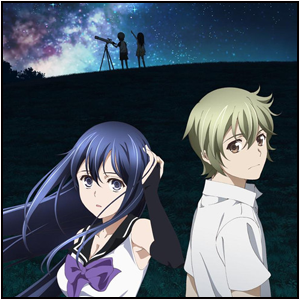 Another anime that I was suggested by my good friend Bianca was Brynhildr in the Darkness.  I was not quite sure what it was going to be about (Could not really understand with the name being how it is), but her suggestions are always on point with my what I consider my individual taste, so I gave it a shot.
I found that this series actually contains quite a lot of interesting things: Modified witches, aliens, super powers, and even an evil organization.
You will follow the life of Ryota Murakami, someone who is desperately seeking answers about the mystery that surrounds exchange student Neko Kuroha, a girl who looks strangely like his childhood friend who died
What is Brynhildr in the Darkness? 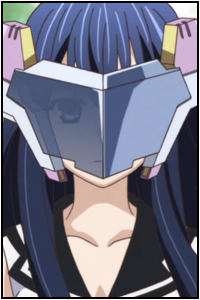 Ryouta Murakami is the sole member of the astronomy club at his school and is determined to find proof that aliens actually exist.  The reason that he is so hell bent on finding out is due to the will of his child hood friend, “Kuroneko”, a girl whom he loved that died while he was younger and to which he blames himself for.
A transfer student comes into his class and looks exactly like Kuroneko would if she was older, to top things off her name is “Kuroha Neko”, could she be the same person?  After asking and her having no recollection of him, it would seem his hopes are dashed.  Sometime later she saves his life using something that can only be described as “Magic”, changing his life forever.
Murakami has vowed to help out Kuroha and begins down a path to discover the mystery of exactly what she is and why she looks so similar to his childhood friend who died so many years ago.
Story Line and Plot Impressions
Starting from the very beginning, I was pretty sure this anime was going to be centered around the theme of “osananajimi”, otherwise someone who shares a pretty intimate connection with their childhood friend.  This was right and it carried a lot more weight than I initially would have thought in Gokukoku no Brynhildr, and it was very interesting how they actually displayed that type of  childhood connection both at the beginning and end of this anime.  Throughout the entirety of the series you can tell that it is Murakami’s burden of feeling responsible for Kuroneko’s death that drives him to help out Kuroha so much and in making himself such an involved part of an effort to “save” her and the others from certain death (This is pretty much the central theme that Brynhildr in the Darkness is built upon).

Once Murakami meets Kuroha things begin to get very interesting, and I like how they give Murakami’s involvement with Kuroha two logical reasons on why he would risk his life to help her (One personal, one common sense).  The most interesting thing about the entire plot of Gokukoku no Brynhildr is the fact that the girls are living on borrowed time and goal of our protagonists is finding a means for them to continue living without being killed in the process.  This mechanic of having an inevitable countdown to death provides both exhilaration and impending doom as they search for the solution to their dilemma.  Emotions are thrown asunder because of the gloom associated with knowing exactly how (And it is pretty gruesome) and when you will die.  However, seeing how brilliant Murakami is when figuring out how to get them out of situations that they are predicted to die in makes for impressive watching, but it soon grows very predictable and mundane in nature.

Some other things I like about the story is how they give you explanations for a wide amount of plot holes over the course of the shows 13 episodes.  You will begin to have questions as to what is going on from the very first episode, from that point they will continue to give you answers but new and even more bizarre questions arise in their wake.  I think they do quite a decent job of covering up all the “reasons” they set up for certain things to happen, but despite this the “ultimate goal” of the antagonists is never fully revealed (Only what their plan is suppose to do, not what will happen after it is executed).  This makes the entire story feel like it is not very coherent because there is no end result (At least from what I can tell if the antagonists’ plan follows suit) which benefits them, in fact, it seems as though it would be bad for EVERYONE.  Also, they never truly explain how Kuroha and the other “Witches” essentially were gained in order to be modified in order to acquire their specific abilities.  Were some of them kidnapped?  Taken on their death beds?  Children of some of the people involved with the project?  No one really knows, but it would be nice to know (Including one particular person at the very end of the series).  This could have aided in pinpointing some of the people responsible for the existence of witches and further aiding the cause of Murakami and the others.

The only really bad things about the story is the feeling that the final episodes were rushed (Apparently there was also a lot of the manga that did not make it into the anime adaption, meaning that the ending was not as impacting as it could have been).  Even though the ending did feel rushed, it seemed like a very messed up, but acceptable ending that makes you wonder if all of the group’s efforts were in vain.  However, during the animation that shows during the ending credits, a predictable ending happens that completely destroys what we previously seen in the worst way possible, a cheesy, “best case” scenario where nearly everyone gets what they want…I hated it and like many other anime, has you questioning the entire experience.  I find they should have went with a ending that has more shock value and shows the cruelty of life and its unexplained brutality at times, but that is just me.
Character Development and Impressions
Gokukoku no Brynhildr has a very good cast of characters, at least I feel that way about the protagonists (My favorite happen to be Kana Tachibana and Kazumi Schlierenzauer ).  I find that each one of these characters have great personalities and traits which are desirable, from Kuroha’s shyness, Murakami’s selflessness, or even Kazumi’s perverted nature, all fit extremely well together.  However, I will say that despite these tendencies that they all have their fair share of annoyances at times (Murakami is sometimes too nice, Kana seems particularly useless after a plan is started, or how Kazumi makes things really awkward really fast).
The development of these characters overtime is that they tend to be more drawn towards Murakami and their feelings to his safety and whereabouts, turning from “I do not care if you die” to “I will be fine dying as long as you survive” to even “If you die, there is no point in living”.  This is pretty much the main changes that happen, everyone’s sight changes to that of Murakami’s and they soon believe in the hope he is trying to give them.  Murakami himself never really changes, he is more of a constant flow of goodness that acts as a pillar to keep the girls from crumbling, he is the glue that bonds them to the ideal that they might all be able to live long and fulfilling lives.  Not to mention it seems that (At least by  few of the girls), he can be taken as a love interest whom they want to share their life with, “I wanted to have his kids so bad…”.
On the other hand, the antagonists all are pretty faceless except for a couple, and even those do not exude the type of persona I would like from people who supposedly do not value the lives of others.  I would say that you have one central villain, but even he acts an an underling to the faceless elite while secretly carrying out his own agenda to which they are unaware of.  I would have liked someone who was completely detestable and made themselves easily out to be a villain whom you loved to hate, but this character just feels…indifferent at the best.  To top things off, you feel a bit differently about him once you find out the motivation that caused these actions, cruel as they are, and may even see him as evil but within a better light.
Normally the characters and their interactions are the highlights of the anime, but I was honestly not too interested in the character interactions this time around (Except Kazumi, she always made Murakami flustered and presented an awkward scenario).  I feel like the story’s plot was significantly better than the relationship that was built with the characters of this series, and while you did learn to love the characters based on their own unique aspects, it was not on the level of an anime like Watamote where it drove the plot (Though this is expected as Brynhildr in the Darkness is not a “Slice of Life” anime).  I can understand why they should feel that type of emotion towards everyone else (Especially Murakami), but I feel more time was needed to truly display the type of emotions they were going for. 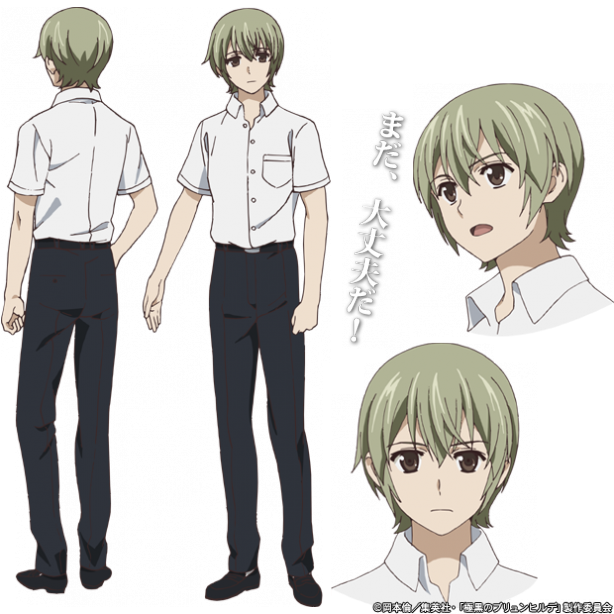 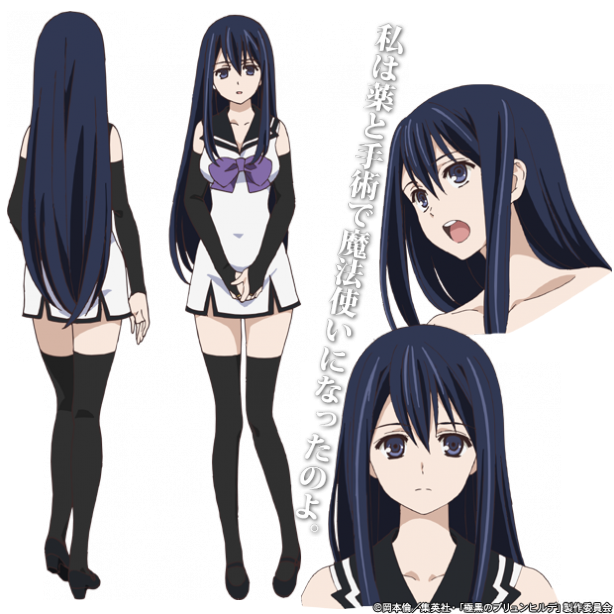 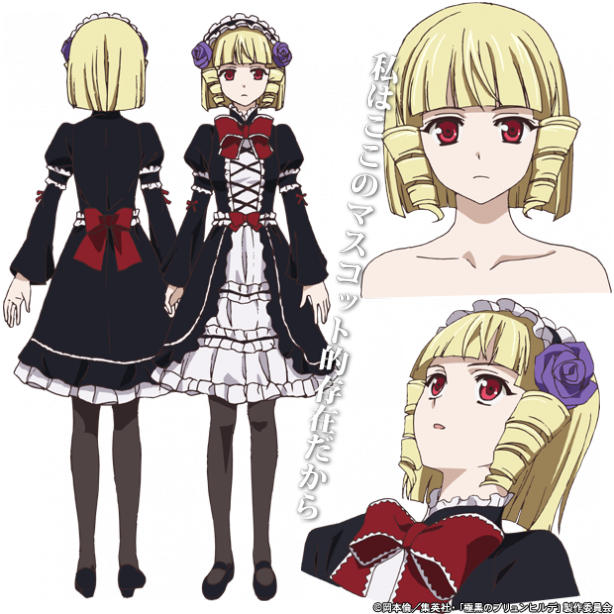 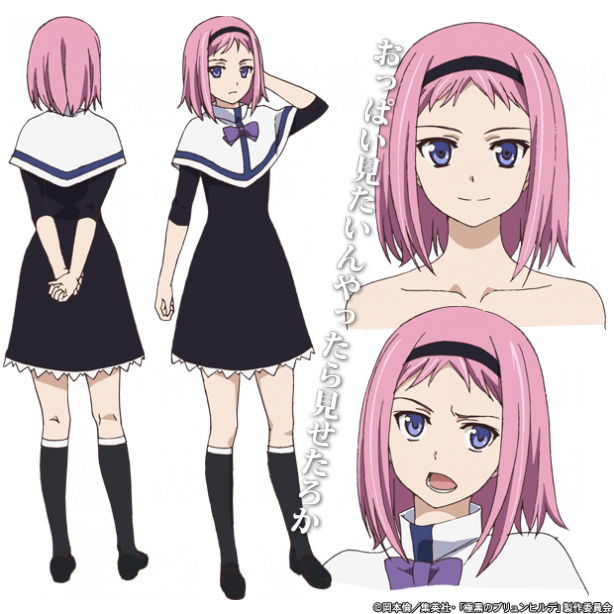 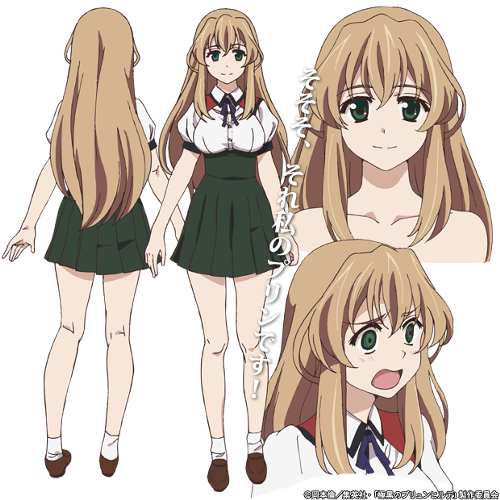 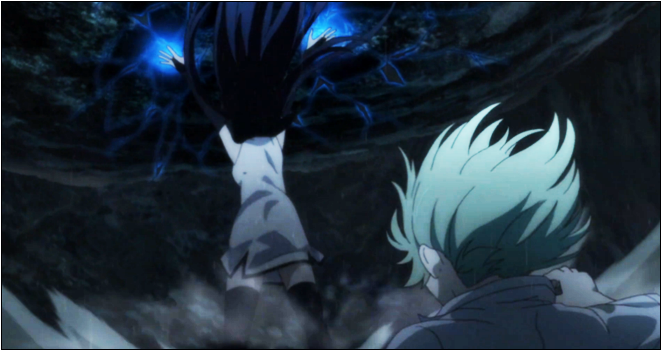 My decision on this anime is based off of my enjoyment from watching it, its ending, along with the originality and  execution of the story, and the overall character development.  I find that it is an anime that I do not regret watching, but that I would not watch again; otherwise, it is an anime I would tell a friend that it is not bad if they asked me an opinion on if they should start it, but that I would not openly recommend as one of my “Much watch” titles.

I honestly feel like this could have been one of the best anime of its season if it had ended this anime in a better way.  This story was bordering on brilliance and mediocrity, and it had consistent trouble figuring out which side it wanted to be on.  The final blow that put the “okay” labeling to it was the anti-climatic ending which made a lot of the “shock” value found irrelevant.  The characters had plenty of reasons to feel connected to one another and situations which should have validated their feelings towards Murakami, but a lot of it feels forced, foreign, and

While I find the anime to be all right, sources say the manga proved to be better, so those interested in this may want to stick with that.

Destiny: My Impressions of Year One