Mr. Wizard is the person who organizes this, and he sent out a tweet asking for input on what players think should be the 7 games that are represented in this year’s Evo headliners.  While there are generally a ton of side tournaments (so most games are actually included in Evo), everyone wants to see their favorite game make it to “Grand Finals Day” and their community represented for tens of thousand of players to see.

I play fighting games religiously (right now I am currently on Marvel vs Capcom: Infinite and Street Fighter V), and I do consider them my favorite type of game (tied with “Hack n’ Slash” games like Devil May Cry, Metal Gear Rising: Revengeance, and Bayonetta).  So I keep up with the community, eyeball each new fighting game as it is announced, and have spent my fair share of time playing the ones appealing to me.

While I have never attended an Evo (I have no money to go), I use my vacation time at work every single year to make sure I am home and can watch all days of the festivities (I work on weekends); from pools to grand finals.  This list is going to be based on those games I find incredibly entertaining while also taking into account the games I also enjoy playing. 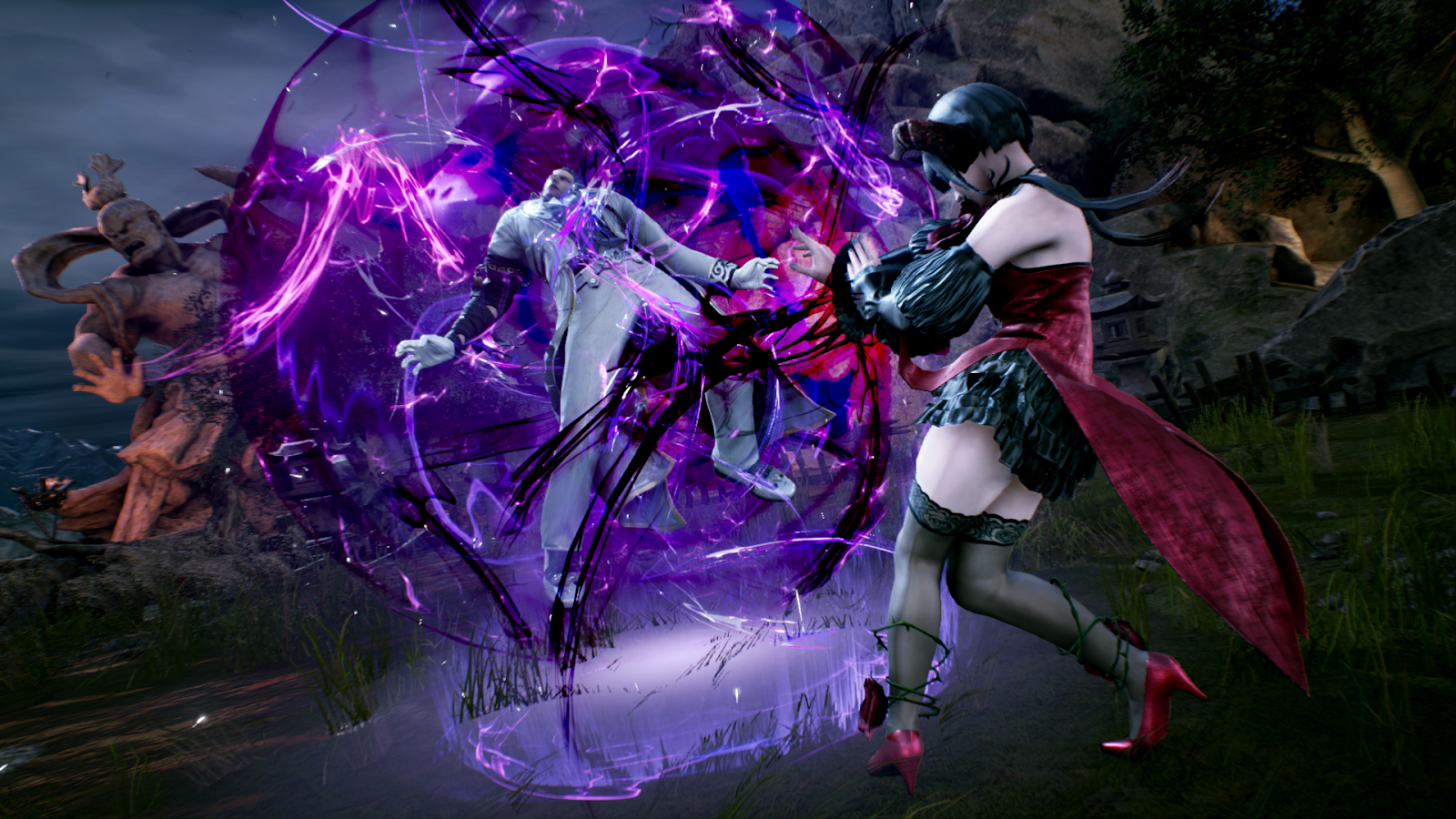 TEKKEN 7 is arguably the best fighting game to come out this year.  It is simplistic in the basic ability to play, but it is definitely hard to master despite having access to almost every technique from the gate (Electric Wind God Fist consistently, as well as Mist steps, are about the only real technically challenging things).  Truly this is something that nearly every fighter wants to achieve.

The matches are crazily good and tense because of the slowdown mechanics and the way the game itself was designed.  High level play is a thing of beauty and can leave you on the edge of your seat every single match; even the first match of Top 8 from Evo 2017 had your heart pounding.  Mr. Wizard would be a complete idiot not to include this game from the very onset, it is easily one of the most entertaining games to spectate out there right now for fighters. 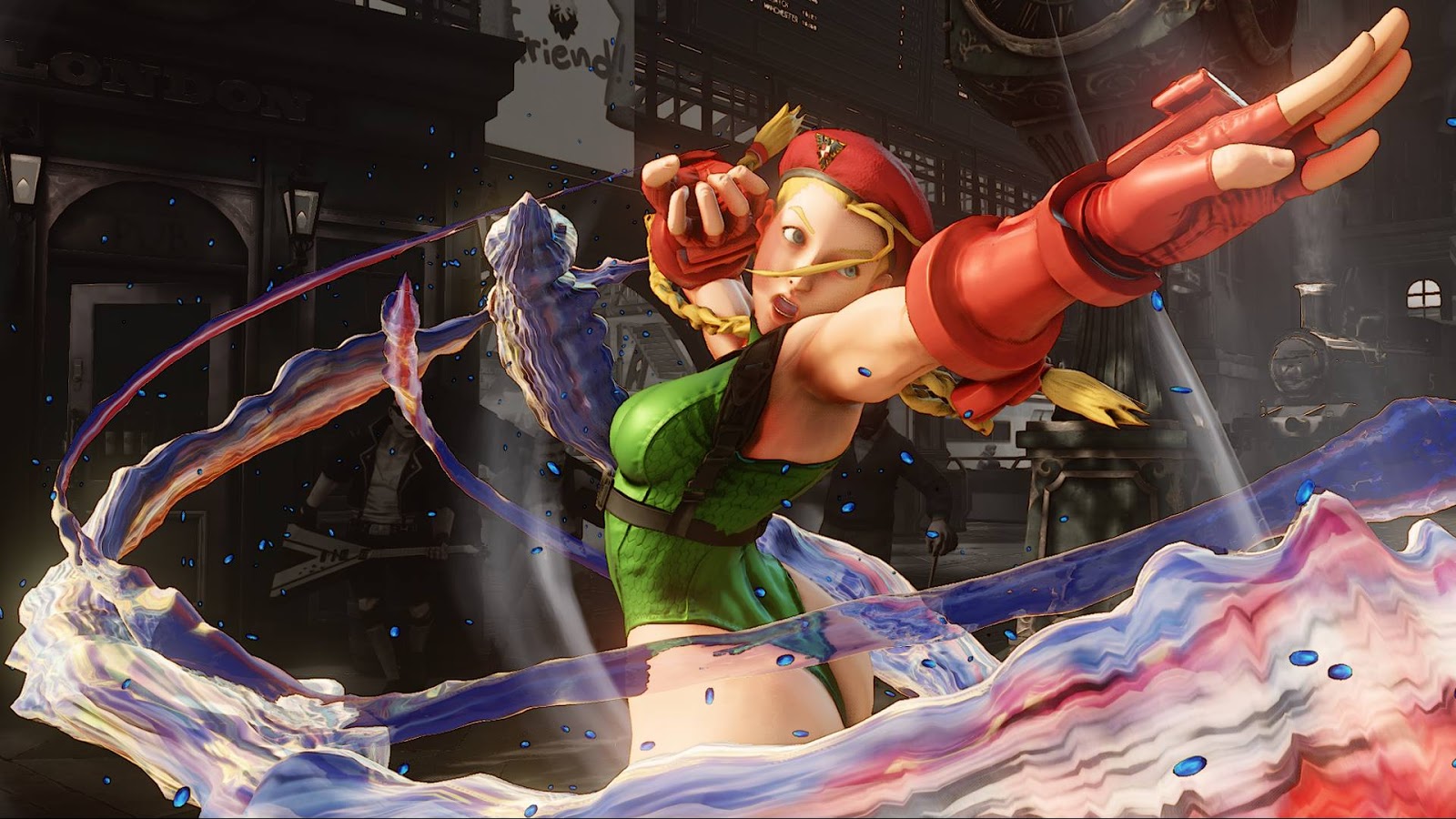 I included this in my list because there is simply no way it was not going to make it.  Street Fighter V is always the grand finale of the Evolution Tournament Series and I do not see that changing anytime soon; it could literally be the worst game on the planet and it would not make a difference.

I play this game from time-to-time, but nothing like I did with Street Fighter IV, though I am hoping that changes with Street Fighter V: Arcade Edition.  I do not even really like to spectate this game that much since it’s really just a bunch of standing Medium Kicks from Laura, Boxer V-Trigger comebacks, and yolo EX Shoulder Charges from Urien (not really); I just really find this game boring to watch compared to its previous iteration.

The last few years I have went to sleep when Street Fighter was on the grand stage, but hopefully this year I can watch more and maybe the variety and different play styles can pique my interest.  It really feels like you have to play some of these characters a certain way and that really takes away from individuality, especially with such a low execution barrier so everyone can go for the optimal stuff. While this game is flooded with things that need to be fix, a patch is coming on December 5th that should hopefully address that (like Dante, for instance).  Overall, I feel like this game has potential to be a lot better than the Marvel vs Capcom 3 series was; mainly because there are things in place to keep you from having one character 0-to-Death anyone off of a single mix-up into a certain kill combo, unblockable, or “TAC” infinite.

Honestly, I really do enjoy this game and I hope it thrives.  I hope that we get to see future characters that people want, a graphics overhaul, and continuous character and system mechanics to improve it; especially since it has sold over 900,000 copies (and probably more since they had a “free play” weekend over  “Black Friday” and discounted the price).  There is honestly no way this is not going to make it to Evolution 2018, the Marvel vs Capcom series is an Evo classic and always has consistent viewing numbers despite its entries sometimes. 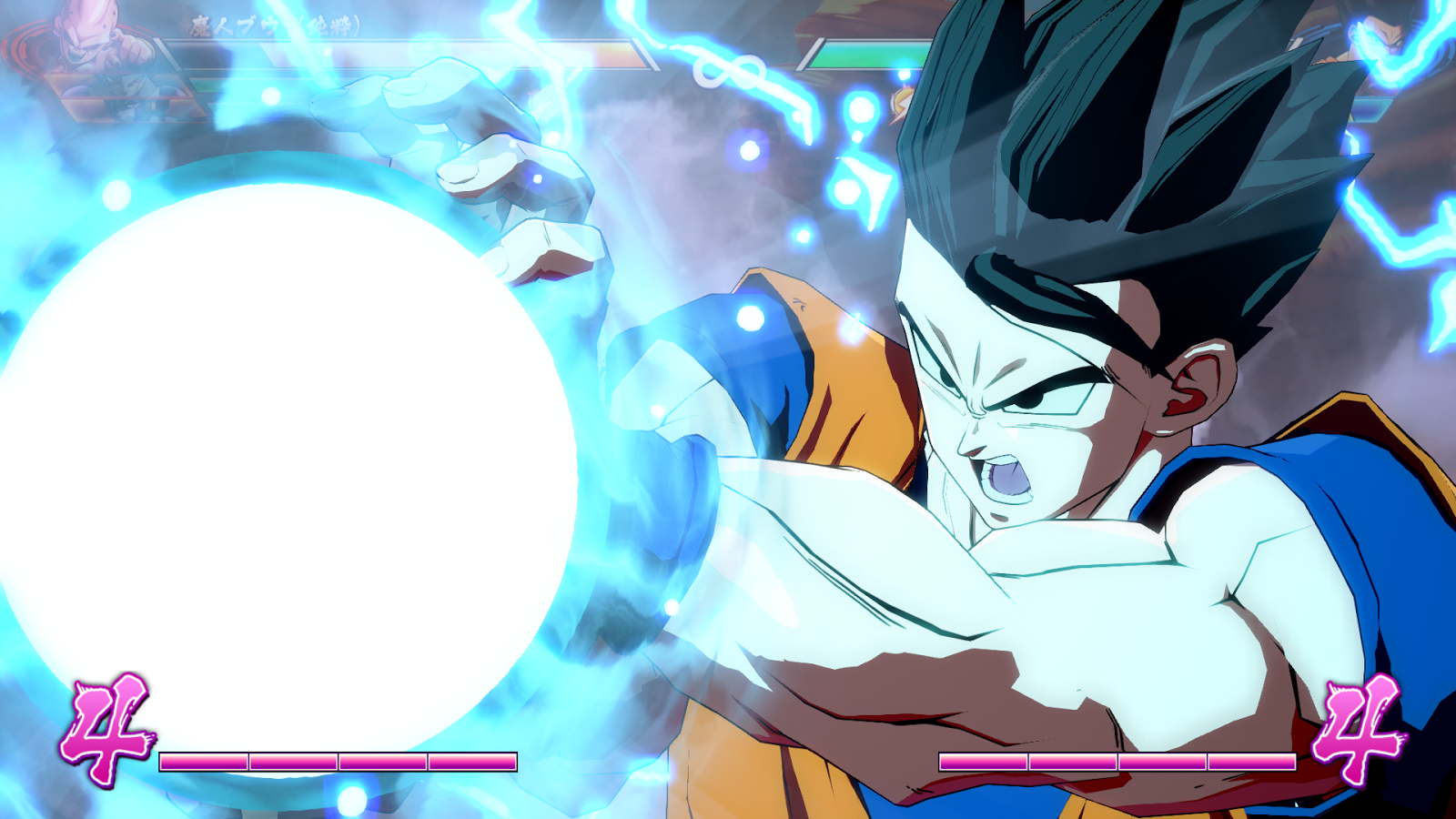 BANDAI NAMCO has tasked Arc System Works with creating a Marvel vs Capcom style 3vs3 game for the Dragon Ball anime franchise… and they are creating a fighting game sensation.  We can tell the type of love and work that they are able to do because of their BlazBlue, Guilty Gear, and Persona 4 Arena series.

This already has a big following and is guaranteed to sell numbers because Dragon Ball is a classic anime with its latest iteration, “Dragon Ball Super“, currently running.  It seems they wanted to make a “serious” fighting game to potentially enter into eSports (while Dragon Ball: Xenoverse is good, it is not something that would ever see a “professional” fighting game tournament circuit).  No doubt I feel like they will push for this to be at Evo; possibly even giving a large pot bonus or some funding to Mr. Wizard to make it happen. 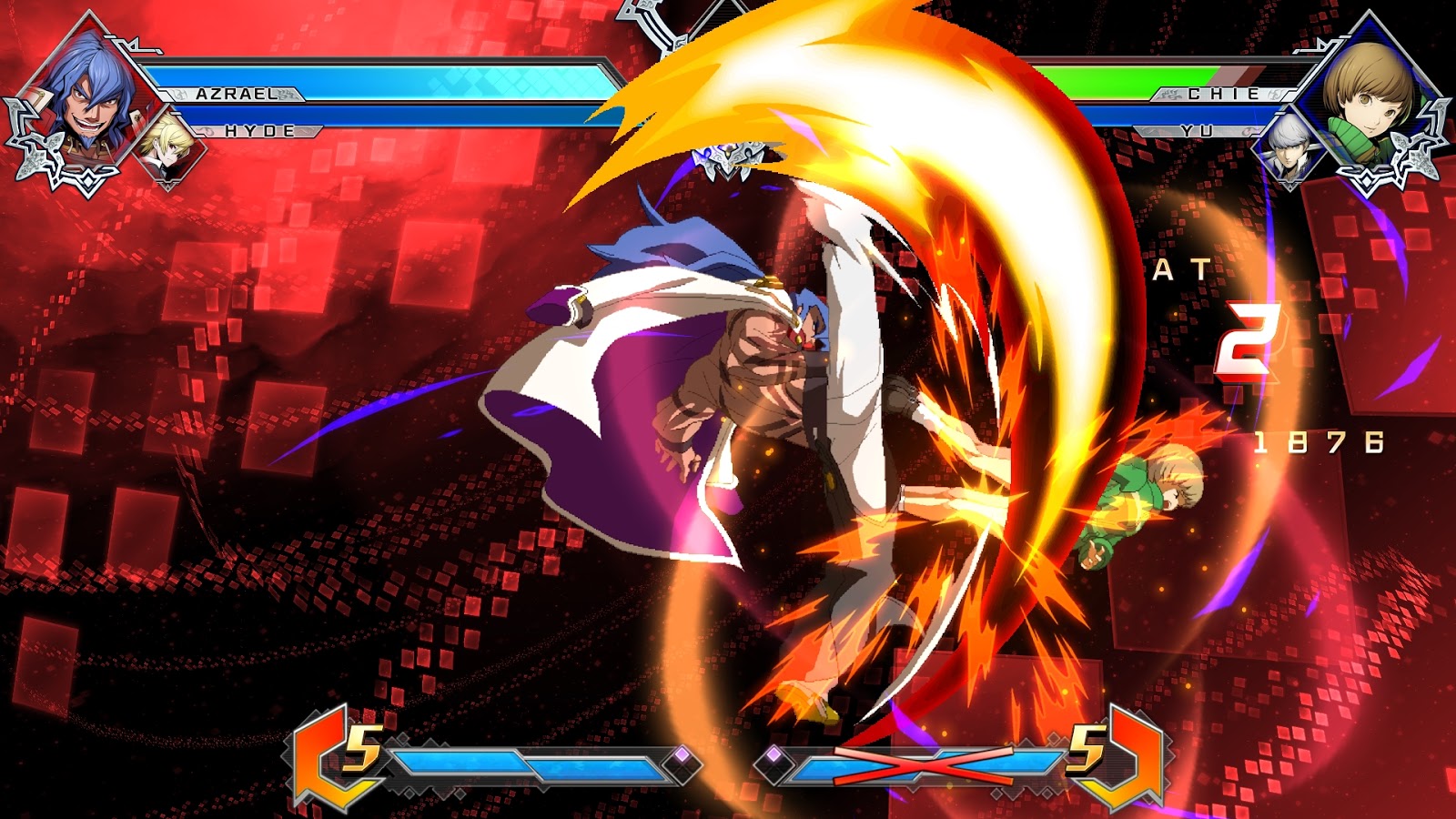 Anime games have always had a weird place at Evo; mostly because the anime fanbase is massive and the fighters themselves often take some crazy execution skills at times…but most gamers seem reluctant to want to play them.  They could simply hate the complex execution, the fact that it is “anime” (despite the fact Street Fighter is one of the most popular and is technically anime), or that it is intimidating.

BlazBlue: Cross Tag Battle definitely needs to be in because it incorporates loads of games and can satisfy people across multiple gaming franchises; BlazBlue, Under Night In-Birth, Persona 4 Arena, and even RWBY fans.  While it would only need Guilty Gear characters to be the complete package, what we have is good.  I have no doubt that many people who play one or all of the above aforementioned titles will no doubt want to test their abilities in a crossover gaming combining four franchises. While Super Smash Bros. 4 is currently Nintendo’s latest game in the series, Super Smash Bros. Melee is the longest and consistent tournament played game in the series.  While I have been watching this game for over a decade and had my own venture into the scene once-upon-a-time, I do not grow tired of watching it at high level and how the players struggle to keep it alive.

While I do not think this game will beat out Super Smash Bros. 4, SSBM will undoubtedly be present at Evo in some shape or form; though I believe this ultimately depends on if Nintendo will support the scene or not… which they may after HungryBox’s outburst earlier this year at “Smash ‘N Splash 3” in June.  Hopefully Nintendo DOES support it… maybe even making a “Super Smash Bros. Melee HD” announcement? 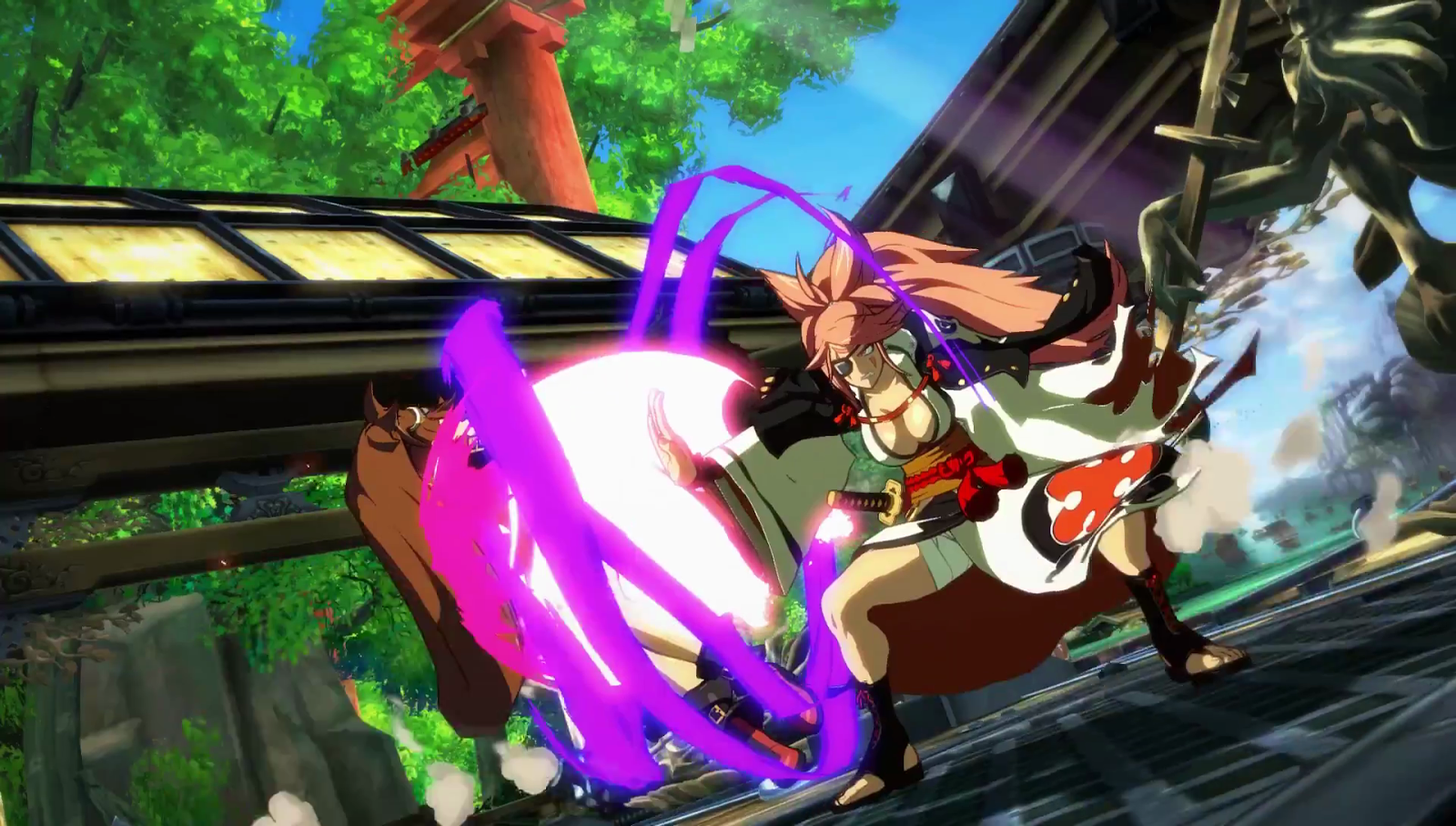 Definitely one of the most beautiful games out there, and definitely made with tons of love, Guilty Gear Xrd Rev 2 excels as what all fighting games should strive for.  Unfortunately, we do not often see Guilty Gear at tournaments outside of their release year; it could either be due to the player base or simply because they feel more games are fitting.  Arc System Works spends tremendous amounts of time to make sure everything is right, and I just hate how it seems like Street Fighter heads things every year despite sometimes being muddled with issues.

To be perfectly honest, I do not see both Guilty Gear Xrd Rev 2 and BlazBlue: Cross Tag Battle making it.  I just desperately hope that they do… but you really never know.  This game deserves to make it if nothing else, the players who put their hearts into practicing this high-level game and the developers who put their love into making a fighting game masterpiece deserve their time in the spotlight.