The King of Fighters XIV has started to periodically release trailers that highlight a specific team out of the 16 that are available.  This trailer focuses on “Team Official Invitation” which is composed of three combatants (from left-to-right); Mian, Sylvie Paula Paula, and Kurki.

This trailer did not disappoint me in the least, I was quite pleased from what I got from here.  The fact that their theme song is opera music is fantastic (I am a big fan of opera and musicals).  Their stage looks absolutely fantastic, people dressed around in masquerade makes and watching the fight as if it were a place for high stakes, anonymous gambling (makes since The King of Fighter’s tournament is actually hosted by wealthy individuals).

Something else that I think should be noted is how the people happen to react in the background.  When something lands particularly devastating, you can actually see them flinch up and turn away, as if saying “OUCH!”.  However, this only seems to happen if you happen to land a Super Desperation attack or a Climax move.  Also, it seems to only happen one time per combo, as within this video Sylvie happened to hit someone with a Climax followed by her Super Desperation move without gaining another reaction from the crowd. 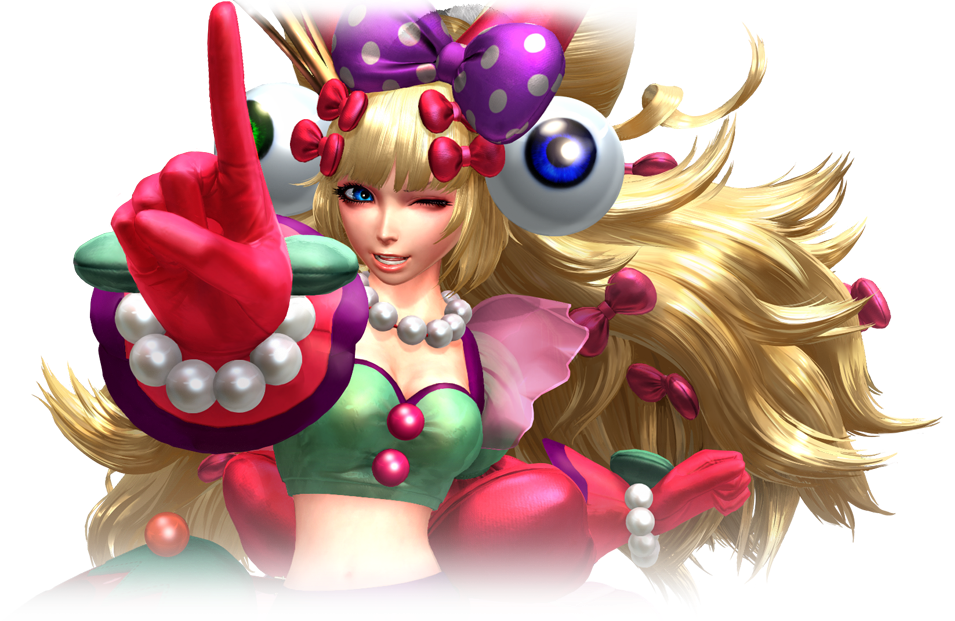 Sylvie Paula Paula is a highly unusual character.  Rumor has it (with strong supporting evidence) that she is based off of Japanese singer Kyary Pamyu Pamyu (can even tell the name similarities), who happens to be quite eccentric.  That type of weird personality in showmanship has transferred over into Sylvie; from the way that she screams out her attacks, the choice of clothing that she wears, and even her celebratory animation all have a feeling of being “unorthodox”.

Sylvie’s moves revolve around electricity, and she seems like more-or-less a zoning type character who has versatility in the way that she can attack with her energy.  A lot of her moves (especially one of her Super Desperation supers), appears to cover up a massive amount of space, so this may keep enemies at bay when they are trying to rush you down.  A lot of her moves seem to also have blowback to keep the opponent away from you, such as her super which pushes an enemy clear across the screen.

I should also point out that when she activated her Climax and it connected to her opponent, Sylvie was then able to connect a Super Desperation move behind it (which is unusual since that order is normally reversed).  I also find that she has a really cool animation for her Climax, yet I think it is quite underwhelming to see it actually hit the enemy player.

All-in-all, she appears to be quite the oddball.  She is not really my kind of character and I do not plan on playing with her in the least, but she was not a bad choice to put into KOF and I can see her being quite annoying with her long distance fighting. 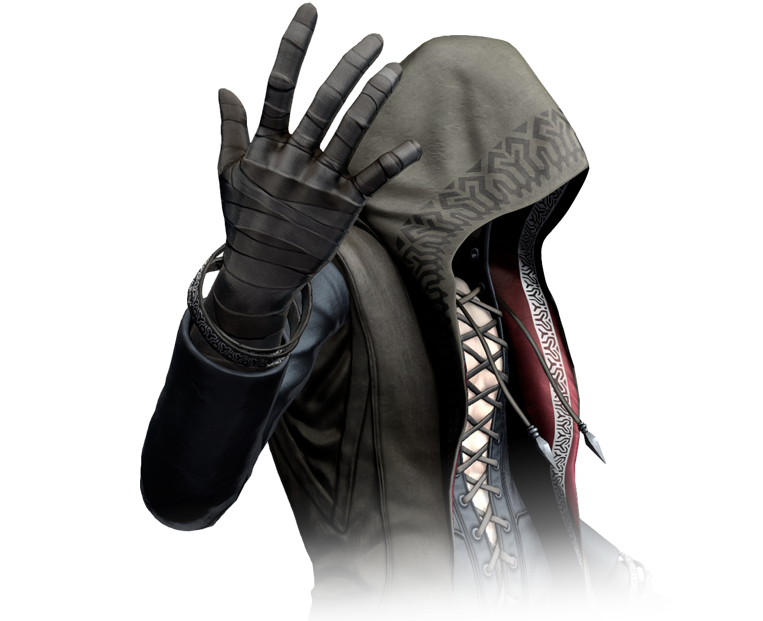 Mysterious, shrouded in black, and hand wrapped in bandages.  Many have called Kukri an “Edge Lord” which is a way of basically bashing an stereotypically dark character whom has his an ominous presence, kind of like Reaper in OVERWATCH.  However, the positive said that he is a “cool” Edge Lord.

Kurki has manipulation of sand, which made me originally believed that this team was going to be comprised of elementalists who each master a different aspect of nature.  Able to create sand duplicates, create a giant wave of sand as his Climax, and even have a sand-based Psycho Crusher makes this guy an incredibly stylish character.  It seems that his main forte will be countering and deception in the way of ambiguous mix-up with his sand clones.

Kukri is someone I think is very cool and I really love the move he has where one hand is spewing sand out enough to keep his whole body afloat while he simultaneously spins around attacking.  Despite all of this, I do not really feel this character as I find his fighting style, much like Sylvie’s, does not appeal to me.  While I am sure they will have loads of Kukri within the fray, he is just not for me. However, I must admit that he is a very cool character. 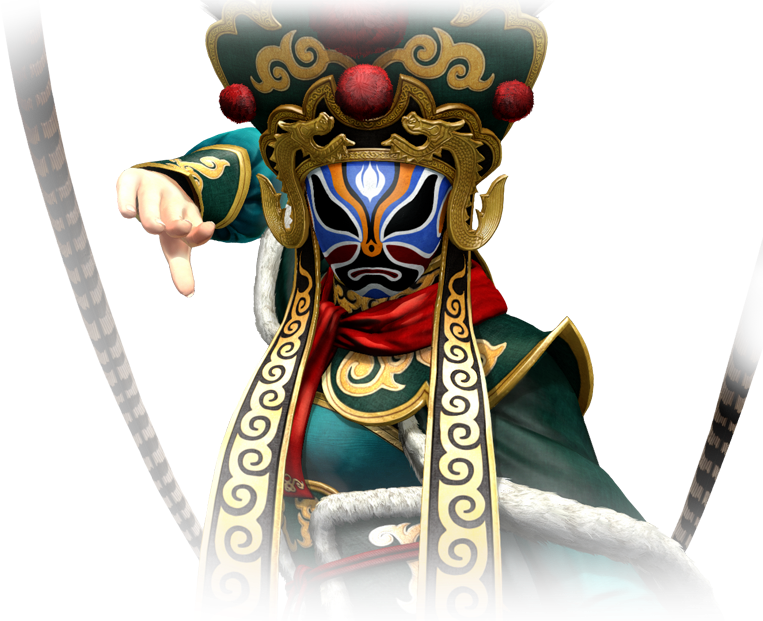 Without mincing any of my words, Mian absolutely STOLE the entire trailer for me.  Team Official Invitation seems like it is full of complete weirdos who were thrown together by sheer chance; a group of misfits who all came together separately and formed a team because everyone else was full.  However, Mian is only odd in the fact that she is on that team in the first place and not apart of “Team China”(maybe they will explain this in the story mode).  She’s beautiful (when her mask is off, graceful, and has a very fun and flashy-looking fighting style.

Mian fights gracefully and seems to have some form of Kung-Fu while she dances.  This fits me perfectly because I really do love Chinese Kung-Fu and tend to gravitate towards maining fighters who are female and hand-to-hand combatants (Makoto in Ultra Street Fighter IV, Cammy White in Street Fighter V, Kuradoberi Jam in Guilty Gear Xrd -REVELATOR–, etc. etc.).  Not to mention it is quite color and elegant in the way that she strikes and spins while doing so, hell, I even like her fighting stance.  The only flaws I can actually find Mian is that she has that mask covering up how cute she is, and the very end of the first Super Desperation move shown.

Overall, this girl WILL be on my main team…I think.  I have not been this hype for a KOF XIV trailer since they first announced Nelson.  Now that I got another fighter to add to my ever growing list of characters I want to play, it seems like it will be even tougher to narrow down the list of candidates to a team of 3 people.  That is something marvelous considering in Ultimate Marvel vs Capcom 3 I only liked 2 characters out of the entire cast, so it was hard trying to find someone to complete my team, where as in The King of Fighters XIV I will be struggling to eliminate candidates.