The King of Fighters XIV has started to periodically release trailers that highlight a specific team out of the 16 that are available.  This trailer focuses on “Team Art of Fighting” which is composed of three combatants (from left-to-right); Robert Garcia, Ryo Sakazaki, and Yuri Sakazaki.

Even though I know that these three come from the SNK franchise “Art of Fighting“, I have never actually played it despite my hefty experience with titles that occupy the same genre.  However, it should be noted that I have played all three characters before in previous The King of Fighters games and I adore all of them.  In fact, the only team which has more prestige within my eyes is Team Fatal Fury.  Seeing as they are a classic and staple team, it would make sense that they are back into the fray after their appearance in The King of Fighters XIII.

Their music is rather subtle, I would have liked something that was more upbeat and “hot-blooded” for Team AOF.  The stage itself is nice, even though it is so simple with no background characters.  It appears to take place at night, possibly in autumn because of the color of leaves on the tree in the background.  The moon stands out nicely against the clouds with partially obscure the light it reflects from the sun in the night’s sky.  The scenery itself seems to suggest that they are fighting in the area before reaching either a temple or dojo. 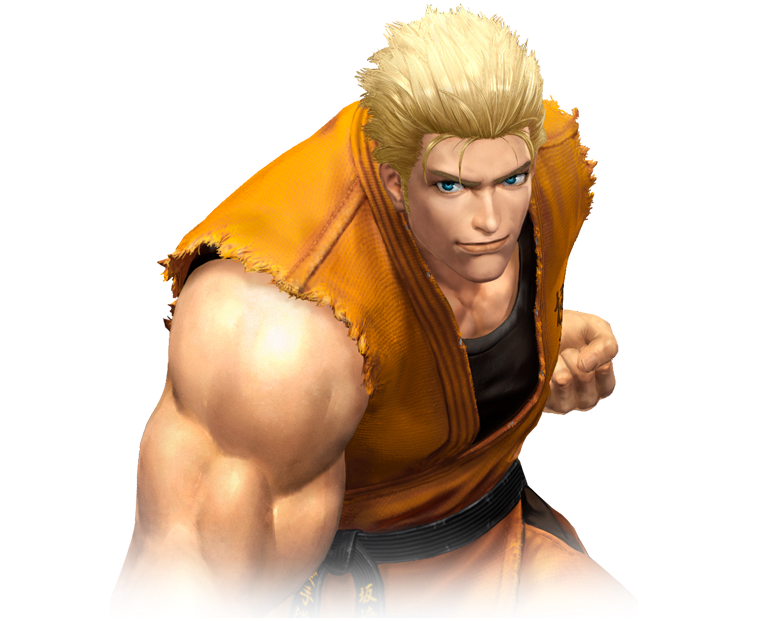 Ryo has always reminded me of “Ryu” from the Street Fighter series, but for some reason I have always liked him more.  While he does use fireball techniques and have a spinning kick attack, something that Ryu obviously does as well, he seems more “authentic” as a practitioner of martial arts.  His style and look just feels more like someone who trains every single day to master his craft.  That just might be my personal preference, however.

Seems Ryo still has his fireball that has absolutely no range, but it still seems like it will be a good tool for combos and is crazy positive on block (from what I have seen from exhibition footage).  In MAX Mode, he seems to be able to juggle from his Hien Shippuu Kyaku into his Dragon Punch. It also appears that his parry can be comboed from if it lands while he is in MAX mode, but no idea whether-or-not that is something he can do regardless of the situation.  It should also be stated that his Climax Super Special Move, Shin Tenchi Haoh Ken, is the very same Neo Max he had back in The King of Fighters XIII.  It is basically him storing up all of his ki and power into a single strike that does massive damage.

I have always liked Ryo and they made him pretty nice this time around.  He is a very damaging character and his build as heavy hitter accurately reflects his own personal style of Kyoukugen Karate.  While I do not think he will end up on my final team as he is a bit too “generic”, he is a perfect staple for those who are looking for a balanced build that plays to a familiar archetype. 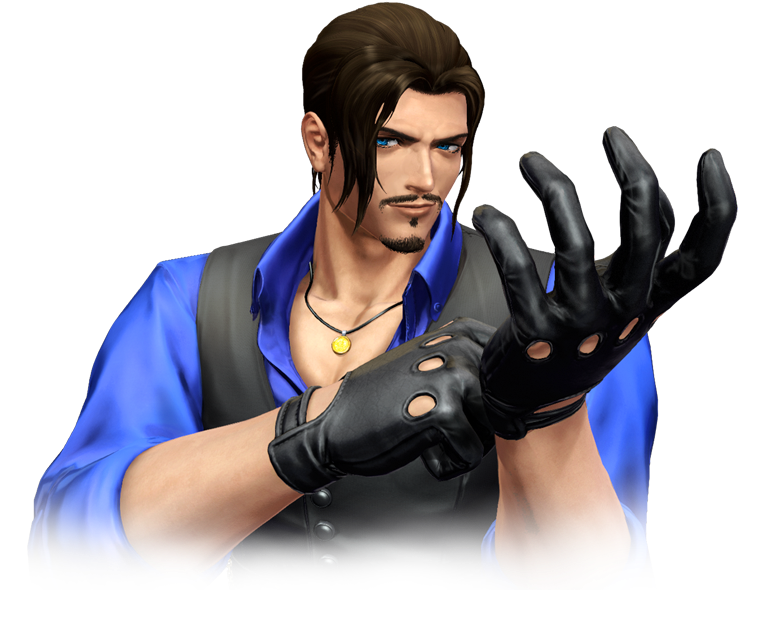 Robert has since grown a mustache and goatee since his appearance in The King of Fighters XIII, that is easily noticeable right off the back.  Something else to mention is that he is now wearing different clothes as well;  while he had on a vest before, it was orange with a black sleeveless shirt beneath.  Seems they wanted to give him a different look this time around.

Robert’s speciality happens to be his focus on kick attacks, and those appear to still be his primary fighting style.  To match Ryo’s multiple punches special move, he has one that focuses on multiple kicks (since those are more his forte).  His Climax Super Move, Mu-Ei Senpuu Ryuu Zanshou, reminds me heavily of Chun-Li’s first Ultra back in Street Fighter IV, especially the flipping animation at the end.  I felt like they could have given him something more original for a move that takes up 3 whole super bars.

Out of everyone in Team Art of Fighting, I find him to be the most stylish within his combos and he seems to have been made with more class than both Ryo and Yuri.  While I do like the other two characters quite a bit, I always seem to end up using Robert more than both of them simply because I find him to be more cool in his aesthetics and more flashy with his combos. 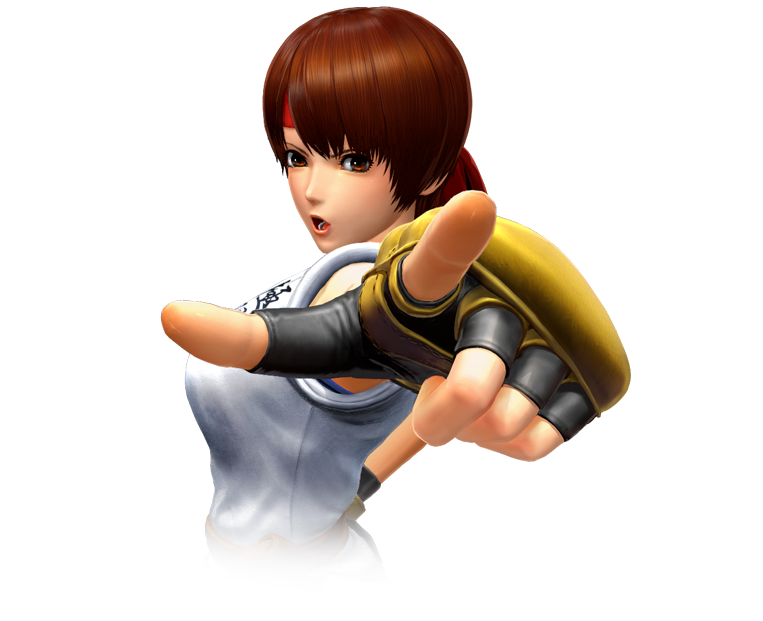 Yuri Sakazaki is the little sister of Ryo and the unknowing recipient of Robert’s secret affections.  She was someone whom I thought was based on Sakura Kasugano from Street Fighter, but it would appear that she happened to actually come first!  Imagine that!  How she looks does not vary at all from her previous iterations within The King of Fighters series, so I am going to get straight to her moves.

Yuri notably has three Super Special Moves, which are more than anyone I have seen in the game thus far.  One appears to be an anti-air (Chou Saiha – Kyokugenryu Raiha), one is her usual multiple kick special (Hien Houou Kyaku), and the usual gigantic fireball (Haoh Shoukou Ken).  Yuri combines other styles with Robert and Ryo’s Kyokugen Karate, so it appears that her techniques exceed theirs in numbers.  She also sports an air fireball, uppercut, and an air throw.  Yuri’s Climax Super Move, Chou! Ryuuko Ranbu, has got to be the most light-hearted and adorable cinematic super to date in The King of Fighters XIV.  After every few hits she does a different action (peace sign, butt pat, and finally swinging her arm around), followed by a cute pose as if to say, “I did it!”.

They were right for saving Yuri until the very end.  She is cute, full of energy, and she has a very nice Climax which is both funny and cute (and a possible nod to how CAPCOM handled Rainbow Mika’s buttslap Super Move censorship).  She will definitely be someone I am using…kind of how I do it with all Art of Fighting characters.

ALL YOU NEED IS KILL Volumes 1 & 2 Schedules Simultaneous Release