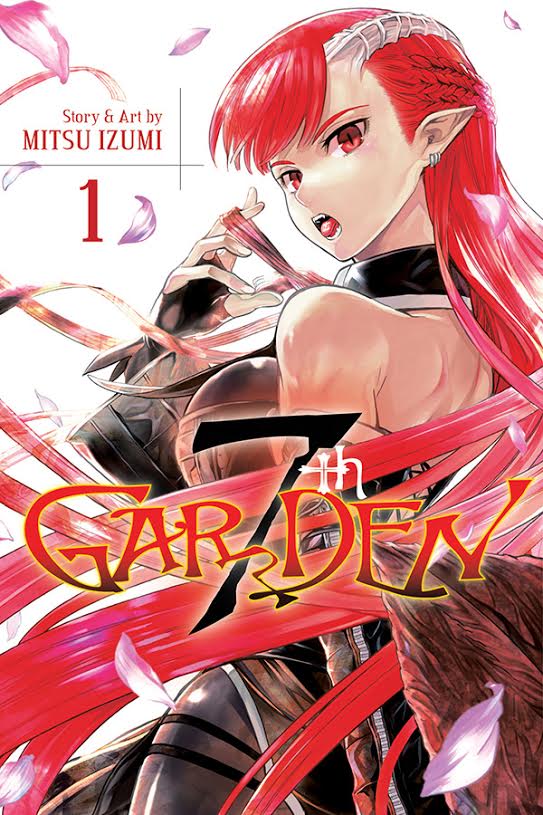 The manga series, created by Mitsu Izumi, will be published in print and digitally under the Shonen Jump imprint with a rating of “T+” for Older Teens.  Print volumes will carry an MSRP of $9.99 U.S. / $12.99 CAN.  7th GARDEN launches digitally on July 5th on VIZManga.com and also will be available via the VIZ Manga app, as well as from the Nook, Kobo, Kindle, iBooks, comiXology, and Google Play stores.  Future volumes of the ongoing series will be published in English on a quarterly basis.

Awyn Gardner will do anything to protect the beautiful mistress of the equally beautiful estate gardens he lovingly tends – even enslave himself to an also beautiful demon bent on world domination!  The high-pitched battle is on between powerful angels, sexy demons and innocent people to dominate a world rife with political intrigue..and to win the heart of one hapless human man!

Mysterious manga artist / creator Mitsu Izumi is also the creator of the manga adaptation of Anohana: The Flower we Saw That Day, which was originally serialized in Japan in Jump SQ. 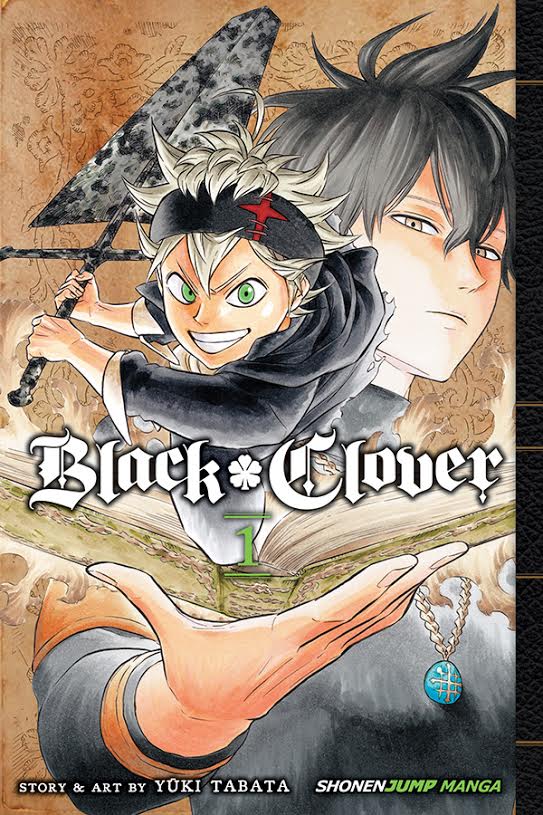 Created by Yuki Tabata, BLACK CLOVER has been thrilling readers in the pages of WEEKLY SHONEN JUMP since 105 and is available in print and digital editions under the Shonen Jump imprint with a rating of “T” for Teens.  Print editions carry an MSRP of $9.99 U.S. / $12.99 CAN.  BLACK CLOVER digital volumes are available via VIZManga.com and the VIZ Manga App, as well as from the Nook, Kobo, Kindle, iBooks, ComiXology and Google Play.  Future volumes of the ongoing series will be published in English on a bi-monthly basis.

In BLACK CLOVER, Asta is a young boy who dreams of becoming the greatest mage in the kingdom.  Only one problem-he can’t use any magic!  Luckily for Asta, he receives the incredibly rare five-leaf clover grimoire that gives him the power of anti-magic.  Can someone who can’t use magic really become the Wizard King?  one thing’s for sure-Asta will never give up!

“BLACK CLOVER offers an exciting story packed with magic, adventure and a cast of memorable characters that manga readers are going to love,” says Alexis Kirsch, Editor.  “Born without any magical abilities, Asta is a hero readers will root for as he fights gainst the odds to fulfill his dreams.”