Waifu Crush Wednesday is modeled after the popular “#WCW” or “Women Crush Wednesday”.  This bi-weekly editorial focuses upon female characters in gaming, anime, and manga that I happen to like in one form or another.  I will do my best to explain my affinity for that particular character.
This week’s Waifu Crush Wednesday will be focused upon none other than my first “waifu”, Ms. Cammy White.  This Street Fighter character who first appeared in Super Street Fighter II: The New Challengers is my favorite character from the Street Fighter fighting game series and is one of my favorite characters of all-time.  Despite being a brainwashed doll for the crime syndicate “Shadoloo”, she manages to break free of their control and is now a special agent in Delta Red.
Go ahead and hit the jump to catch why I love Cammy!

Who is Cammy White?  Why Do I Like Her? 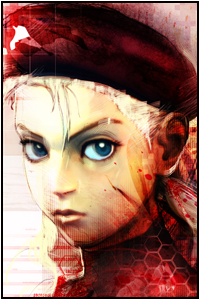 Cammy White is the second female character introduced in the CAPCOM fighting series “Street Fighter”.  She is a girl who now works for the SIS special unit, code named “Delta Red” after being once known as “Killer Bee”, Bison’s personal assassin in the evil crime syndicate known as “Shadoloo”.  She has been seen in various CAPCOM fighting games, anime, and even has had multiple statues made in her image.
I like Cammy as a character because of her personality.  While she is angry at everything when she is mad (such as the picture displayed on the right), she’s generally a nice person, as shown from her comic appearances and biography.  She is especially fond of cats, and she seems to have a pretty good friendship and working relationship with Interpol agent, Chun-Li.  She wants to make sure to stop Vega (M.Bison in western countries) from his devious plots to make sure no one else is enslaved and forced to be a mindless puppet like she was (Though she was actually cloned, not enslaved).  Her determination is admirable, even knowing the horrible things she did previously in being a personal assassin who has taken many lives.
Something else that got me about her is the leotard.  The her leotard fits on her and looks, she cannot possibly be wearing any underwear beneath that thing (unless she has a c-string on), and she certainly cannot be wearing a bra.  She has put on the bare minimum of clothing required to do her job, allowing her better freedom and flexibility.  I think this also speaks to a higher caliber of thought and focus she is displaying in executing her job.  I personally think that her Delta Red costume after she is free from Bison’s control is less suggestive than her Killer Bee version whilst she was in the service of Bison.
Cammy’s overall appearance is good to me, and I think she’s a pretty character.  I have drawn her multiple times and have did my own renditions of her, as most artist do.  I am also the original founder of the official Cammy White group on deviantART.com (I am currently the co-founder since giving away leadership due to time constraints).

My Origins with Cammy White 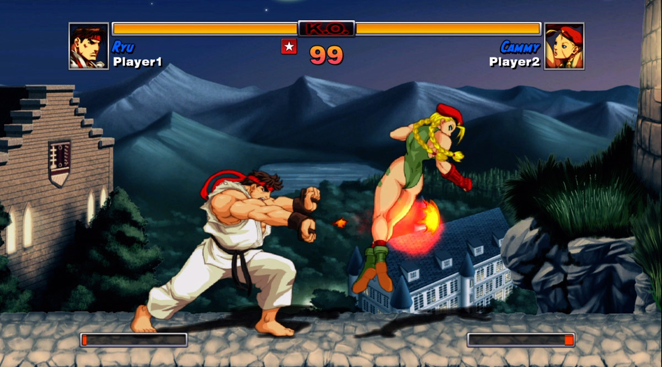 Cammy was first brought to my attention when playing Super Street Fighter II, I just thought the character was cute and I loved her moves.  Fast forward some years and I remember using her in the first game of the “versus” series, X-Men vs Street Fighter on an arcade cabinet at my local grocery store.  However, the main thing that really brought my love of Cammy was her use in one of my favorite fighting games of all-time, Marvel vs Capcom 2: New Age of Heroes and a remaster known as Super Street Fighter II Turbo HD Remix.
Marvel vs Capcom 2: New Age of Heroes is one of my favorite fighting games ever made.  I love the fast and ferocious combat, and I love the fact that my main team is character I love using (Cammy, B.B. Hood [Bulleta], and Storm).  Even though I did not know a lot of what I was doing when I first played MvC2, I still loved how Cammy moved.  A while later when CAPCOM was doing HD remasters of games, they provided one for Marvel vs Capcom 2 and since this was during the time I was not a button masher, I began to fall in love with her all over again.  According to the tier lists for the game, she belongs towards the top of Middle Tier, but I felt she was more like a High Tier character.  Also, during the time everyone was awaiting Street Fighter IV, I used Cammy in Super Street Fighter II Turbo HD Remix, winning more matches than I lost with her and only deepening my love for this character.  This was also significant because I actually knew what I was doing playing Street Fighter II this time around as opposed to when I was a child and tried to button mash my way to victory. 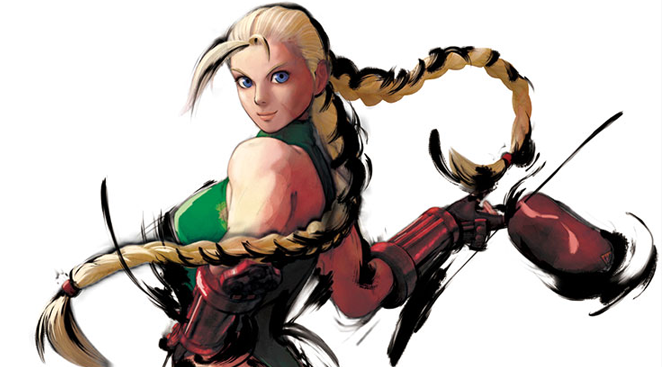 The main thing that really continued my love for Cammy White was her debut in Street Fighter IV.  Actually, she was not even suppose to be in the game, what happened was that she was put in by winning a fan vote on which character they wanted to take the last spot (however, she was an unlockable character and not a member of the original starting line-up).  I was really hoping she made her way in and she did, this meant that I finally had a main that I wanted so I could enjoy Street Fighter properly.
Cammy was the first character I completed trials with in Street Fighter IV and I remember how long it took me to do all of them, I was a massive novice at the time.  At that time, she was not a top tier power house, so not many people really used her.  I did fairly decent with her, averaging about an equal number of wins and losses, but I would perform better with her in Super Street Fighter IV once I was able to utilize her “TK Canon Strike” technique.  She soon rose through the tier lists once people realized how good she was, effectively flooding Cammy’s everywhere, but I knew who was using her when no one gave a thought towards her.  Also, Cammy was on my main team in Street Fighter X TEKKEN for the limited time that I played it (my team was Cammy White x Asuka Kazama).
Since I work on weekends, I do not have a lot of time to go to offline tournaments.  However, online I have did decently well with Cammy, and I have even beat a number of noticeable players in matches (PikachuAkuma in Street Fighter IV and Wolfkrone in Street Fighter X TEKKEN).
You could say that the reason I have played Cammy in so many games is because I love her look, I love her fighting style, and I like the energy she seems to bring with her once I select her as my character.  She’s small, but her damage output is normally huge and she is very mobile.  Not to mention I really love her English accent and how cute she looks.