Today a bomb was dropped on the gaming community as CAPCOM officially announced Street Fighter V, which is the next iteration of the famed fighting game series.  However, the piece that shocked everyone was that it will be exclusive to only the Playstation 4 and the PC, leaving out those who favor the Xbox One.  This is a very bold move as Microsoft is quickly closing in sales on Sony’s console through price cuts and special bundled deals throughout this winter holiday…but also this may speak to Japan’s loyalty to its home team.

This is the full trailer as we saw it right now.  You can catch my thoughts about the trailer after the jump if you are interested in it.

My Thoughts On the Street Fighter IV Teaser 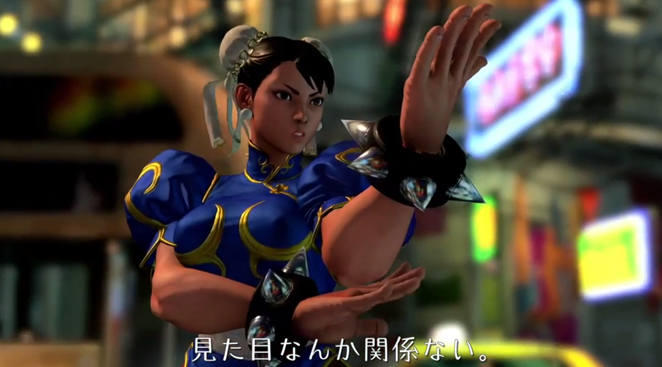 To be perfectly honest, I was a bit disappointed with this trailer because I feel like this has probably been the least updated Street Fighter iteration within the game’s franchise.. at least visually.  These character models remind me of a cross between Street Fighter IV’s build with a mind to the “smoothness” presented by Marvel vs Capcom 3 (like Chun-Li’s model featured in the image above).  I also hate that they really did not add superbly new animations for Ryu’s shinkuu hadoken and Tatsumaki senpuu kyaku motions; they looked like slightly modified versions of what already existed in Street Fighter IV (kind of similar to how only angles changed during some moves in Street Fighter X TEKKEN).

Something I did like however, was the background that they showed.  It seems they are getting more detailed (which is something I have always loved about Ark System Works’ games).  This could just be a ploy however, since night time scenes allow the advantages of making things stand out more due to emphasis on lighted areas.. such as the neon signs.

The fighting seems a bit like something you would see in an “anime-style” fighter, such as BlazBlue or Guilty Gear, but this is just on first glance.  It might be a new system in place to make it easier for beginners, or it might be tougher than it looks (no idea, Chun-Li was never able to juggle her head stomp into an special-move looking ender before).  I guess we will just have to wait and see the full trailer.