The new year is upon us!  2015, year of the sheep!  2014 was a pretty crazy year and I made a lot of progress on this site, a lot more than I have made in any of the years that it was open.  However, I am not going to lie, I slacked tremendously and I have much to atone for going into 2015.
This site announcement is just going to spell out some of my future plans for RoKtheReaper.com in terms of incoming content, new features, and expected accomplishments from my endeavors in 2015.  In the words of Vergil from Ultimate Marvel vs Capcom 3, “Now I’m motivated!”. 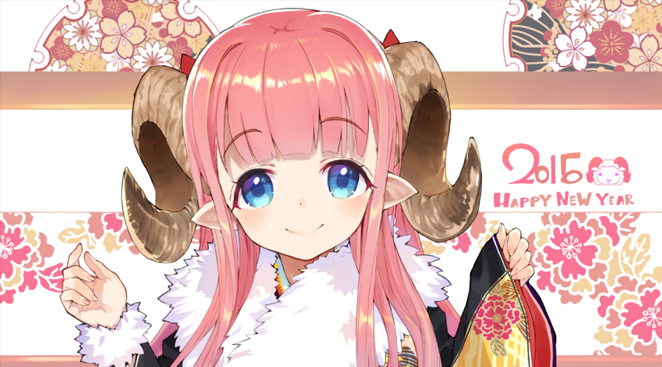 2014 was a pretty good year for me and for this website.  I managed to boost up my facebook likes by a decent amount, earn some new dedicated followers, and expand my name a bit further than I was expecting.  Overall, I had some good wind up under my sails and enough momentum to propel me forward.  Though, things do not always go as expected.
I had tons of unexpected things to pop up, losses of motivation, and severe procrastination due to ridiculous things has lead me to be nearly back at square one at the beginning of the year.  I may have burnt some valuable bridges that I would have to create massive amounts of appeal to rebuild…if even then.  Dedication is something that I was severely lacking, mainly because of the small feelings of me not being good enough to actually contribute anything when you have other massive people already out there doing what I do.  I really did think to myself, “Why would anyone check out my content when there are others out there that are better and well known?”, but then I seen a quote which greatly contributed to my motivation and ambition, “Do not think what you have to give is invaluable, there will always be someone out there that needs what you have to give”.  I believe it now.
Somethings that I will be trying to do in 2015 is stay consistent with my updates.  However, I realize that I do not want my site to turn into a place where I just post up anything and everything that comes across, rather, I want it to be more of a place that has things that I find suited to the audience I build and create, and so I will.  I want this place to be about gaming, anime, and manga, and I view it more as a blog than an actual website now, so that is what I will be branding it as.  I want to bring about more editorials and articles that are dear to my heart, more opinionated pieces that arouse strong emotions within those that read.  Things that have actual value instead of just a copy/paste of what someone says about a new product, spreading the noise about a new series, or creating reviews of things I have watched or played.  Thought provoking pieces which make people really think and take stances on certain things.
I am for this to be a good year, but I am already facing a major struggle in which I have to put my faith in Kami-sama (God) to see me through, and I will make sure that I work hard in every single aspect of my life if I can manage to slip past this one transgression.  I am going to do my best to make this the best year possible, and it all really starts with myself and my attitude towards everything.  I am going to stay business minded and keep it on the things that I need and let luxury take a back seat for a bit, I need to achieve and better myself.
2015 is going to be the Year of the Reaper!
SHARE:
RATE: