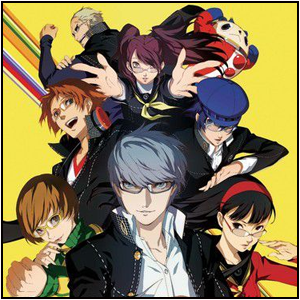 Top 5 Tuesdays is an article series that focuses on my “top five” anything on a given subject of my choosing that pertains to either gaming, anime, or manga.
Since I consider myself a massive advocate of geek and otaku culture, mostly by the way of video games and anime/manga, it is no surprise that my musical choice tends to drift towards OST’s (Original Sound Tracks) of those genre.  Though, over the years, I have amassed some favorites that I constantly go back to listen to, whether it be because of sentimental value or simply because it was amazing to listen to.
With all of that being said, I know give you my current favorite Japanese Role-Playing Game songs of all-time.
The Rules
Without a doubt, I can easily say that my favorite JRPG OST is Shin Megami Tensei: Persona 4, however, I feel that would not be fair because I would have five straight songs of pieces from this game without showing love to others (Though, to be fair, my favorite song comes from Shin Megami Tensei: Persona 3, but it is also present in Persona 4).  With that in mind, I am going to be giving you my favorite song from this series as well as my next-in-line songs from other series, basically I will not allow myself to post more than a single track from any particular game series.  This is more-so that I have a variety of things to show off versus just a myriad of musical pieces from a single selection.
Something else I want to mention is going to be my lack of an explanation on why I love the song so much.  While I will usually have a long, elaborate reason as to why I select something (Which you can clearly tell from my other Top 5 Tuesday postings), I feel these need no explanation.  Listen to the songs and try to feel the love placed into making each of the tracks, you may grow interested enough to play the games and discover the magic for yourself.
Also, if you are also a lover of JRPG OST’s and you think I might enjoy a particular song or the entire album, then leave a comment with a link to it on YouTube so I can give it a listen.
The Songs!
Here are currently the songs that I continue to be my favorite of all-time, however, as more games are released (Such as the slew of new Persona games coming out) they are subject to change.  So consider this as a current list as o f this point and time.  Once again, if you have any good songs that you think I would enjoy based off of this selection or you want to bring to my attention something very catchy, go right ahead and leave a comment with a link to the song on YouTube (If applicable).
#5 – One-Winged Angel (Final Fantasy VII)
#4 – Hollow Bastion (Kingdom Hearts)
#3 – Subarashiki Shin Sekai (NAMCO X CAPCOM)
#2 – Miss Monomi’s Practice Lesson (Super Danganronpa 2)
#1 – Aria of the Soul (Shin Megami Tensei: Persona 3)
SHARE:
RATE: