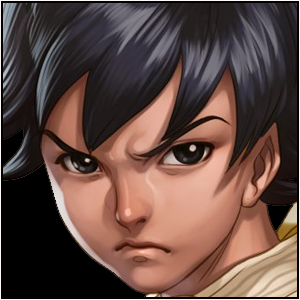 My first meeting with Makoto came during a supposed “Smashfest” for Super Smash Bros. Melee that was going down at El Centro Community College here in Dallas, Texas.  The smashers never did show up and instead there were people playing Street Fighter III: Third Strike.  At that point, I had only played some Street Fighter III: 2nd Impact in the mall, and even then I had only used Sean.  I randomly picked Makoto only to realize this character was not a boy but a really masculine female, I was soon smitten with her raw, aggressive style.

Makoto was the main character I wanted to see debut as a Third Strike representative in Super Street Fighter IV, and with her addition I found a new main.  I feel she is stronger than ever in Ultra, and here is why I am loving playing her.
Starting Off on a Bad Note

Sure, I might be loving Makoto but it did not start off that way during Ultra Street Fighter IV, not by a long shot.  You see, most of the tools that I personally used with Makoto got nerfed really badly (And while I admit I may not have been playing her in a way that was fully optimized before, it worked for me).  The Light Kick and Medium Kick versions of her special move “Tsurugi (Axe Kick)” is now more punishable on block, which means you cannot do a jab string and just throw it out in order to counter a supposed grab attempt as a completely safe option (Cannot spam this move anymore).  Also, her karakusa is more negative on whiff (Meaning when it does not connect an opponent, either hitting or guard) which makes it even more punishable than it already was.  This combined with Hayate not becoming positive on block (And not giving you a significant pressure advantage on hit) made me so pissed off, I could not stand it.
“Riot Trigger” who is also known as “RaS” is my training partner.  He is also (Or was?  I am not sure) a Makoto main and he was just as frustrated as I am with the changes that were given to her.  Playing together, as well as in several online Ranked Matches, we noticed that we were stripped of some of our arsenal and really felt like we were given nothing in return.  One of the most aggravating things to deal with, we found, was how Makoto lacks options from being knocked down by an opponent.  All of her EX moves, be it Tsurugi, Oroshi, or Hayate, can be easily countered by a throw.  All this means is that Makoto is susceptible to wake-up throws and will have to tech the grab versus being able to stuff a predictable meaty grab with a reversal Dragon Punch move like some other characters.  To add even MORE insult to injury, they nerfed the living daylights out of her Ultra 2, “Abare Tosanami”.  It lost all start-up invincibility, which means she could be easily knocked out of it (Thankfully if you knock her out of it at the very start of the move she will retain the energy within the Revenge Meter to attempt it a second time), and it is so weak after the super freeze that it even trades with normal attacks!  I have even seen fellow Makoto players complain on being air-thrown out of Makoto’s Ultra 2 by Decapre and Vega!  We found this piece of information to be purely ridiculous.
Not long after we realized that Makoto may be completely bottom-tier and unplayable, we both began to look at more appealing characters that did not feel as though it was a completely uphill battle throughout the duration of the fight.  Even the fact that one of Riot Trigger’s friends, “Tom Nook”, managed to hop into our Xbox Live party as we were playing Ranked Matches to find out we mained Makoto saying, “You guys use Makoto?  You must like to work for your wins” does not help with anything either.  I began to try out other characters, my former main Cammy, secondary characters like Sakura, Dudley, Yun, etc.  But eventually I decided to settle on Makoto and try to use the advice that I was given by a very insightful fighting game player during my recent tournament at A-Kon 25 in Dallas, Texas (25th Anniversary of the longest running Anime Convention in the United States).  As I dedicated myself to understanding, things slowly began to change.
This is Makoto’s Power?  AWESOME! 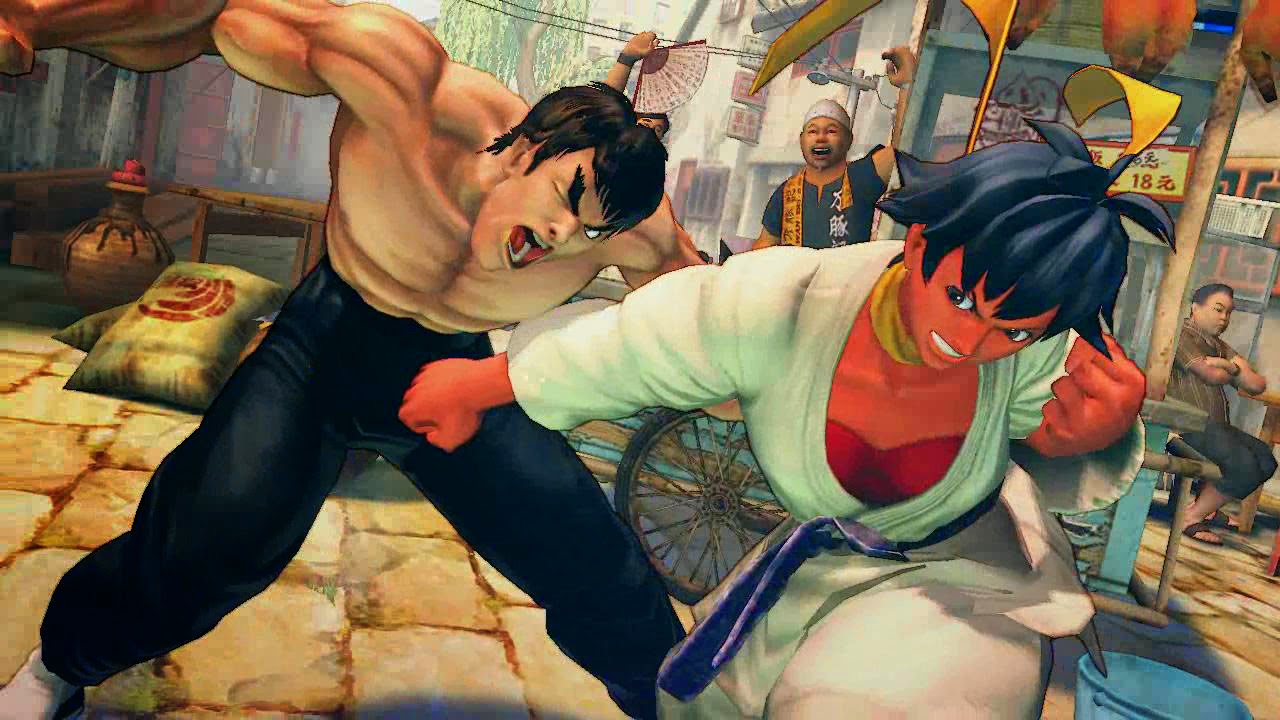 Practicing more helped me quite a bit, as one of the main thing holding me up from making progress with Mak was my old habits.  By not changing my style of play to suit the new tools that she had been given coming into Ultra Street Fighter IV, I was essentially playing her at more of a handicap than she needed to be.  The main buffs she has, which completely change the way she is played, is being able to connect a EX Fukiage while your opponent is still standing versus being in the air, this gives Makoto a psuedo-vortex which can be abused for easy stun and heavy damage.  In additional to this you can connect a delayed Fierce Punch Fukiage while your opponent is crumpled from a Focus Attack to achieve the vortex as well, this makes me happy since I use Focus quite a bit.  Despite how small and minor of a buff this might seem, especially with her Light Kick ad Medium Kick versions of Tsurugi are now very punishable, it adds a devastating vantage point in her ground game.  Once I learned of this, I was ready.  The last buff I feel is the mechanic “Ultra Combo Double” that allows a character to be able to use either of their Ultras for reduced damage output of both, while it being a feature given to everyone, I feel it benefits Makoto more than most.

Playing in matches proved to be exciting because of the pseudo-vortex, you have many options when hitting an opponent that can lead into a stun.  Sure, you are able to be Dragon Punched out of it, and your opponent could actually block the mix-up, but if they do not happen to block it (Or if you predict the reversal uppercut and block it), you can lead into some big damage that puts them into the same situation they were already in.  Figuring out that Crouching Medium Kick and Standing Strong Punch are good anti-airs stops opponents from frivolously jumping at you, especially when they are desperately trying to get out of the corner.  Matter of fact, once you use certain tools like Forward Strong Punch and Forward Light Kick, it can start to make your opponent fearful of throwing out any random strikes, this gives you the perfect opportunity to throw out a Karakusa and make them pay for their turtling with a reminder that they are not safe, no matter what.

Honestly, I feel like I have been doing the best I have ever did with Makoto.  Being able to destroy some of my opponents thoroughly brings a joy I have not had since I played Makoto Nanaya in BlazBlue (Guess I am a sucker for the “Makoto” name, huh?).  I have never had this many Perfects nor this many Stuns in Ranked Match.  While I am currently stuck between 1400 and 1600 Player Points, I feel like my knowledge grows stronger with each loss and my power and confidence increases with every win.

Looking Towards the Future 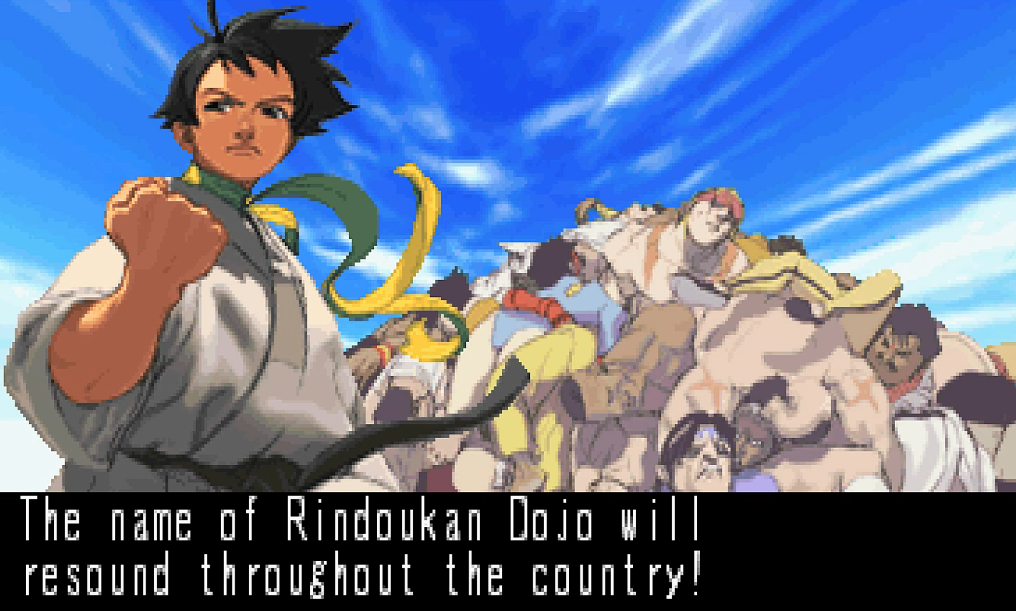 The path I have chosen is a hard one, as the only Makoto who ever won a major of significant importance (That I know of) was Haitani.  I feel I can make strides in the Street Fighter scene, but I need to actually sit down and take it as seriously as I did Soul Calibur V when it was out.  I think the core of that is going to learn character match-ups, and learn how to improve on the ones that are least favorable to me character-wise and play-style wise.  As far as getting better with Makoto besides character match-up, I feel like my aggression can be better transferred into maximizing her potential.  I feel like Makoto needs to be played aggressively while disregarding your life loss to instill fear within your opponent.  She lacks in defensive options (Especially on wake-up), and she has no ability to go through fireballs (Like a lot of other Non-Fireball users).  She relies on pure aggression and forcing others to block to get off Karakusas.

Ultimately I would love to be the best Makoto player in the world, and I would love to be a player that is respected for his aggressive play-style and ability to go with no fear.  I would also at some point like to become a sponsored player who is seen as an influential personas within the fighting games community.  However, the goal I think every person strives for is to become an Evolution Series World Champion.  One day, if I am good enough to have my name archived with history’s greats, then my work is done.