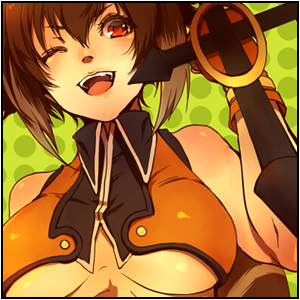 Top 5 Tuesdays is a series that focuses itself on my top five anything on a given subject that is directly related to either anime, gaming, or manga.
I have already told you my Top 5 women when it comes to the world of anime and manga (Check it out  HERE!), but I have not yet gotten a chance to tell you my favorite ladies when it comes to the world of video gaming.
In this article I want to reveal just who those ladies are, and I will tell you why I herald each of them as my favorite by highlighting their unique individual qualities and overall significance from my perspective.  After the jump is going to be the full article, and feel free to let me know which girls you favor as well!

When playing a fighting game such as TEKKEN Tag Tournament 2 or BlazBlue, even in some other non-fighting games like Borderlands 2; I tend to always pick a female to be the main character in any game I play simply because I am a guy who loves video games and loves women (If you are going to be practicing a game or playing a game for 50+ hours, why would you want to stare at a guy the entire time?).  In fact, the only times I ever remember preferring guy based characters in games are Borderlands 1 where I used Brick, Killer Instinct Gold where I mained Jago, BlazBlue: Calamity Trigger where I mained Ragna the Bloodedge, and Ultimate Marvel vs Capcom 3 where my team consists of Strider Hiryu, Dormammu, and Dante (Keep in mind, I am talking about my ENTIRE LIFE).
Also, just like I said about anime and manga, a good female character can completely bring a series to new heights (Just think about how much more badass we thought the Metroid Series was and Samus Aran after we confirmed that the intergalatic bounty hunter was actually a woman).  With that being said, as much as I have played video games over the years, I have a few who stick within my memory more than others.

Okay!  With the introductions now finished and me explaining why I am typing up the Top 5 Tuesday post for today, let me go ahead and introduce my Top 5 favorite female video game characters of all-time!  All of these ladies were carefully weighed and considered against all other favorites of mine until only 5 remained; here are the women that made the cut! 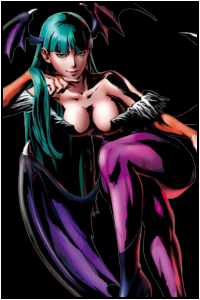 Morrigan Aensland is from the series DarkStalkers, and appears in the very first game of the same name.  She is destined to rule the Makai by heading the house of Aensland; yet she roams the night in search of excitement.

Morrigan is, to me, one of the sexiest female characters out there and one of the most profound in terms of revealing her true sexual nature.  Morrigan is a Succubus, female demons who sleep with men as they sleep, and she certainly acts like she does.

Despite me thinking Morrigan was a bit of a cliche character (Mainly because of her sex appeal), I wanted to play her because I simply adored her but often ended up avoiding her for exactly that same reason.  I always have an affinity for Ms. Aensland and will always learn to play her at least decently no matter which game she is in. 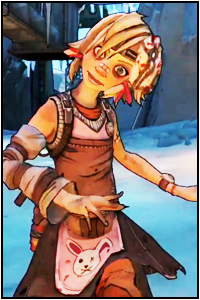 Tiny Tina is from the series Borderlands and first appears in Borderlands 2.  She is the foremost explosive expert on Pandora and is probably the deadliest 13-year-old girl in existence, not to mention the most whimsical…and the most insane.

I was not sure if I would get Borderlands 2 or not, but watching  this video of Tiny Tina confirmed that.  She is, by far, one of the coolest characters I have come across in a video game.  Tiny Tina is eccentric, has a type of urban and internet lingo I can relate to, and if I had a daughter, I would want her to be just like her!

She’s, to me, the best NPC ever created and was a no brainer in winding up on this list.  Also, I am just hoping if there is a Borderlands 3 they listen to my plea to make her a playable character as an older version of herself.  I think “Tiny Tina, The Grenadier” has a nice ring to it. 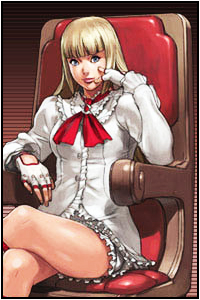 Emilie de Rochefort, better known as “Lili”, is from the TEKKEN series and first made her debut in TEKKEN 5: Dark Resurrection.  She is the daughter of a wealthy oil magnate and is the eternal rival of Asuka Kazama.

I used Lili in TEKKEN 6: Bloodline Rebellion, and I team her up with “JayCee” (Julia Chang) in TEKKEN Tag Tournament 2; making her the first character I have ever re-used as a main character out of the whole TEKKEN series as I tend to pick someone else to use for every new game.

I enjoy Emilie’s personality and how proper she is.  I also enjoy the incredible cuteness she possesses; especially when it comes to the tone of her skin, her electric blue eyes, and the awesomeness that is her hair.  Not to mention that the lengths she is willing to go to in order to keep her father happy shows she is not as selfish and spoiled as she might appear to be. 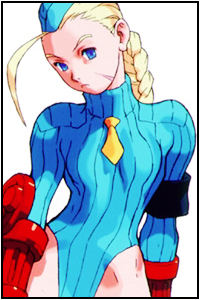 Cammy White is from the series Street Fighter, first appearing in “Super Street Fighter II: The New Challengers” as the second female fighter in the game.  She was made to be M.Bison’s (Vega in Japan) new host body when he wears out his current one, and was his personal assassin under the alias “Killer Bee” (But she is now free from his control and works as an agent in “Delta Red”).

For the longest time she was my favorite female video game character because she was the only character who had a significant impact on me in fighting games.  Marvel vs Capcom 2: New Age of Heroes, Street Fighter IV, any CAPCOM game period.  If she was in it, I would play as her.

I love that Cammy is such a strong character and despite her past, she makes the best of her present.  I love how she looks in her leotard, her English accent, and find her the most fun to use out of any of the Street Fighter cast. 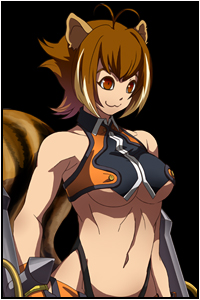 Makoto Nanaya is from the series BlazBlue, she first made her debut in “BlazBlue: Continuum Shift“.  She is a Squirrel-Beastkin who is best friends with Noel Vermillion and Tsubaki Yayoi.  She is also a double agent, working for the Novus Orbis Librarium’s Intelligence Department and Sector Seven.

I mained Ragna the Bloodedge in BlazBlue: Calamity Trigger because I could not find a good female counterpart, but that changed with Makoto’s announcement, I immediately knew I wanted to main her.  She was cute, scantily clad, and had the best tail EVER.

Makoto is my #1 because I love everything about this character; The fighting style witha  focus on immense power, she is cute as well as sexy, extremely fun to play as, and she has a rich back story which makes her personality shine.

Today I have given you a glimpse at my favorite female video game characters and the reason they have became my favorite.  You will probably notice that the majority of them are from fighting games and that cannot be helped as it is probably my favorite genre at this point (Shooter use to be but I think in recent years it has taken a back seat to Fighters).  Also, this genre was a lot more difficult than I thought it was because I had to really think order to come up with my fifth spot (Seriously, no idea who I wanted to put for #5, Bayonetta was a candidate but I realize I love the game more than the character, which is really the opposite for the Devil May Cry series).

I thank you for taking the time to read this post and see the ladies inside of gaming who have left a profound mark on me.  I encourage everyone to leave their five favorite women in the comments down below and post  the reasons why!

DARLING in the FRANXX — Anime Review