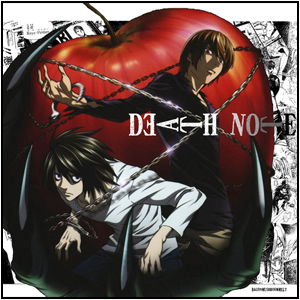 Very important in nearly all anime is the introductory animation or the “intro”.  A montage of images and animation featuring characters, locales, and action that may be related or unrelated to the story.

Immediately someone can become interested or disinterested just from witnessing an intro and can setup initial hype that can span long enough to help shows that are slow starters.

I have watched a good amount of anime, and I want to share with you the Top 5 openings that have stuck to me throughout my anime watching history, plus 3 more that are notable mentions that nearly made the list but did not quite make the cut.

Introductory animation is very important, it is something people expect and it is something that people expect to be good.  Some people talk for years-and-years about particular ones that catch their interest, such as the ever popular “Dragonball Z” intro featuring “Rock the Dragon” (Talking about the English Dub here, not the original Japanese which featured “Dragon Soul” that was later adapted to the English Version later on).  That being said, I was reflecting on which ones had made their mark in my memory and decided to share the Top 5 as of now with all of you, please enjoy.

Going in reverse order, starting at #5, here are my Top 5 Anime Openings of all time as of today.

Sailormoon holds a special place with me since my sister wanted me to watch it with her often; I have seen about every episode and watched every single movie that came out.  This opening is very well done and I like the English version of the opening song Moonlight Densetsu.

My favorite part of this opening is probably the part where Sailormoon is seen battling with Queen Beryl.

Not going to lie, I am quite a Devil May Cry fan as #1 game me a love for Action/Adventure games as #3 is my favorite game of all time. I love the music in this introduction almost as much as I love the animation.

My favorite part about this introduction is when Dante is seen fighting the giant spider boss he had to deal with in Devil May Cry #1; shows just how bloody things can get.

Hajime no Ippo is probably my second favorite anime of all time, and is my #1 favorite sports anime of all-time.  Even though the 2nd intro for it got me pretty hype, this opening is overall better with better animation and represents the series in a lot better way than the others.

My favorite part about this introduction is probably the part where you are in First-Person-View mode and it is as if Ippo is boxing you and it shows that, even though he is mainly a Hard-Hitter power boxer, that he has good dexterity and is worthy of being the Japanese Champion.

Hellsing is an anime about one of the most bad-ass characters ever created, Alucard. Pretty much he is nearly unbeatable. This is just a very cool intro that music and animation has grown on me.

My favorite part is when the screen is a bit hazy and Alucard has his hat off with his guns crossed.

Being my favorite anime of all time, of course this was going to get #1 since nearly everything about this anime is perfect to me. The introduction is a marvelous flow of animation and images, music “The World” setting a right tone to how dramatic the whole thing is, and the epic clash between “Kira” and “L”.

Well, those are my top anime introductions of all-time, at least for now.  Even though they may not be the best to some people, they have left a profound mark upon me and I was left with an impression.  Be sure to post your own and let me know what you thought of mine.