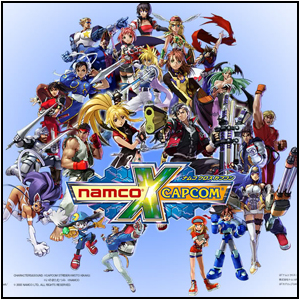 Very important in nearly all games is the introductory animation or the “intro”.  A montage of images and animation featuring characters, locales, and action that may be related or unrelated to the story.
Immediately someone can become interested or disinterested just from witnessing an intro and can setup initial hype that can span long enough to help games that are slow starting.
I have played a good amount of games, and I want to share with you the Top 5 openings that have stuck to me throughout my gaming history, plus 3 more that are notable mentions that nearly made the list but did not quite make the cut.
-[ IMPORTANCE OF THE “INTRO” ]-

Introductory animation is very important, it is something people expect and it is something that people expect to be good.  Some people talk for years-and-years about particular ones that catch their interest. That being said, I was reflecting on which ones had made their mark in my memory and decided to share the Top 5 as of now with all of you, please enjoy.

Going in reverse order, starting at #5, here are my Top 5 Game Openings of all time as of today.

Super Smash Bros. was one of the games I was most ready to play when I had my Nintendo 64. This introduction was high energy and overall “beastly” to me. My favorite part is when they have the different rectangles flashing across the screen with a different color and character faces.

Marvel vs Capcom 3: Fate of Two Worlds delivered one of the most epic openings I have seen for a game in 2011. I loved the graphics, especially the use of the glowing blue like the engines on the airship or Storms and Thors electricity. My favorite part is definitely the end when it shows each side fighting each other.

I just loved Wild Arms 3, though, I never did beat it (I might want to get on that). Something I absolutely loved was how it was all done in anime fashion, and it even changed at some parts depending where you were in the game (nifty right?). However, the first one is my definite favorite. I think the part I loved the most is when they are in the cave and Virginia Maxwell is talking to everyone and there is a fire.

This is my favorite introduction for all Dragonball Z games. The beat is good, and here is the one with the Japanese singing, which has grown on me (I did not like it at first). But the animation is better than the old Dragonball Z’s and my favorite part is definitely when Super Saiyan Level 3 Goku is fighting Majin Buu and Kamehameha’s the moon in half.

A lot of you may be unfamiliar with this game because it never debuted in the U.S., or really, anywhere outside of Japan I believe. It is a RPG game that features characters from both Namco and Capcom. This introduction is to me, the greatest ever made for a video thus far. My favorite part is definitely when Kos-Mos, Megaman & Roll, Strider Hiryu, and Captain Commando are all in the corridor scene.

Well, those are my top game introductions of all-time, at least for now.  Even though they may not be the best to some people, they have left a profound mark upon me and I was left with an impression.  Be sure to post your own and let me know what you thought of mine.