Anime has been a part of my life for as long as I can remember, and while I am also an avid fan of manga (Having collected several series and others in the works of being completed), I was first lead into the “Otaku Culture” by way of Japanese animation.  Having been enveloped by an overwhelming passion for anime, it does not come as a surprise that the stories and characters within them have made massive impacts on my life.  In fact, I believe I owe my current way of thinking and the way I look on life to previously watched anime and the ideals that have embodied them.
This article is going to spill my guts on how I believe that my life has been influenced, for better and for worse, by my love of Japanese animation.  I will hold nothing back and will try to elaborate as much as I can, you can catch the full, uncensored truth after the jump.
How Anime has Influenced my Life
Like a lot of people who feel exiled and alone, I felt as though I was an outcast among the human race.  People treated me as a 2nd class citizen throughout grade school and this lead to massive self-esteem issues.  I was the fat kid in the majority of the classes that I was in, and since I was raised by my mother to be pure-hearted and empathetic, I did not match the cruelty of other children my age…therefore I became a victim to it.  Needless to say, I suffered for it throughout my adolescence and it had lasting effects well into my adulthood.  However, through anime I was able to find my reasoning to break free of the shackles of my past and cast aside my burdened spirit for a better tomorrow.  Sure, I had to make up my own mind to battle the demons that lie within, but I owe my peace-of-mind and sense-of-self to the teachings of anime in convincing me that I am WORTH that effort.
I was first introduced to anime like many other people during the 90’s in the United States, waking up in the morning around 6 o’clock a.m. to watch shows like Samurai Pizza Cats, Sailor Moon, and Dragon Ball Z.  During the time that I was watching these anime, I merely thought they were average cartoons and thought nothing more about them.  Even at the time when I began to watch “Technoman” (Tekkaman Blade in Japan) on Saturday mornings I believed it was the same as any other cartoon that came on.  Years later I found out that they were a special kind of cartoon that origin lies in Japan, often referred to as “Anime” here in the West.  As I grew more-and-more interested I began to check out various different ones, collecting manga series, and even attending anime conventions.  Eventually I began to look at myself and realized I was happier, and the fact that I owed a good amount of it to the strength that anime has given to me.

Tengen Toppa Gurren Lagann was one of the major reasons that my outlook on life changed, it was also something that made me a massive fan of Gainax.  Within this series it was someone, who I could very much relate to named Simon, who starts off unsure of himself and is filled with self-doubt, even the feelings of not being good enough when a girl he likes (Yoko) ultimately loves someone else.  Drawing strength from his friend, brother, and father-figure (Kamiya), he eventually evolves into his own person and realizes he is who he is and someone who draws strength from his belief within his own abilities, “Do you know who the HELL I am?!”.  I felt something awaken within me, that it is fully all right to be myself and that I can achieve great things as long as I am proud of the person that I have become.  I alone control my destiny and my friends around me will support me as long as I never falter in my ambitions and do the very best that I can.  Even if the masses were to rise up against me, I cannot appease everyone, the only thing I can do is continue to be me and live a life I can be proud of living.

Dragon Ball Z and Hajime no Ippo taught me very important lessons about strength and kindness.  Goku and Ippo are examples of people who will shake you to the very core in fights, showing no mercy to their opponents when engaged combat, but they are so gentle they would not harm a fly outside of their respective battlegrounds.  If you were to examine others in their series who wanted to be strong, such as Vegeta in Dragon Ball Z and Sawamura in Hajime no Ippo, they were strong but not enough to overcome the odds of the protagonists.  This kind of thing showed me that I can still be who I wanted to be, to be strong without having to resort to being as low as those who would go as far as cheating in order to obtain power.  In the end, your resolve and staying true to people will garner you support to keep you afloat when you need it the most.  Ippo had all those hands at his back from his gym and people who cared for him in his most critical of moments, due to his friendships, Goku was able to summon help from everyone on Earth to create the spirit bomb that defeated Majin Buu.  I honestly use to think in order to obtain more respect, power, and to not be looked down upon I needed to change my views on the world, but I realized that there are some people out there who will never like me and that is all right, I just need to keep being me and doing what I can.

Something else I have learned from anime is the fear to regret.  There have been many anime in which characters have experienced death of someone they loved (Such as Gokukoku no Brynhildr), will have to risk their life, or have died themselves.  A lot of times, they have never gotten the chance to truly tell someone how they feel, take on that new ambition, or become who they wanted to be.  We do not have time to constantly think about what others will judge us on, life is too short and everyone dies and fades from memory.  What I do in the here-and-now may not matter a few years down the line if I fail, but what try and succeed at could very well change my entire life.  Too many times do I feel like I suppressed myself due to the pressure of failing when it is inevitable that we will all be rejected at some point…but if we were not, how would we measure our success?  Anime like Naruto showed me that you need to push forward without fear, your whole situation and people’s perception of you could easily change as you make strides towards your individual destiny.  I refuse to live a life with regrets, I’d rather die having no questions than to wonder “What If”?

When it is all said and done, I still have many things I need to improve on and somethings in life I still have to work through, but they have been made significantly easier through the inspiration given to me by anime.  Influences that are bigger than life to show me that sometimes things are not as big as they seem, and that within everyone, even the meekest of people, there lives a hero.  We are all capable of writing our own stories that leave behind a great legacy, we just have to make sure that we believe it to be more than delusions of grandeur, but a reality that WE can make possible.  Take hold of yourself because no one else can live for you, the last thing you want when lying on your death bed is regrets from things you could have did, and the feeling of being ashamed from letting those who do not matter hold you back from enjoying what is rightfully yours, life.  Even now, some people will read this, laugh, and disregard it, but who cares?  Others will identify with it and it may help them as anime has helped me, so I hope that me sharing a piece of my soul has inspired you to go out and live your life the way you should, by being yourself to the fullest.

Thank you for reading. 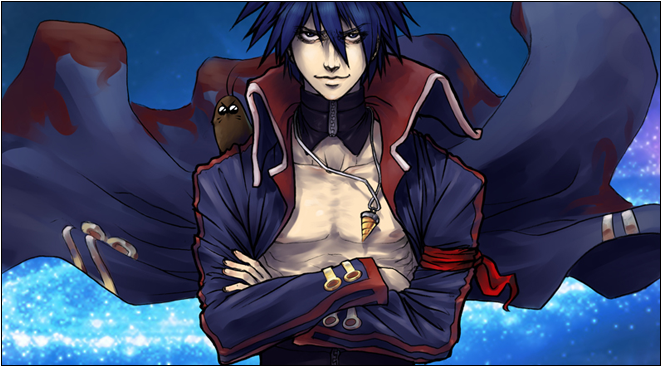 One Reply to “How Anime has Influenced my Life”