Waifu Crush Wednesday is modeled after the popular “#WCW” or “Women Crush Wednesday”. This bi-weekly editorial focuses upon female characters in gaming, anime, and manga that I happen to like in one form or another. I will do my best to explain my affinity for that particular character.

An homunculus, in love with a living ancient war relic in the shape of a giant key, as well as a shy narcissist would be perfect to describe A.B.A.  She is my favorite character within the Guilty Gear series and that has not changed since I have originally decided it to be so.  She is going to be my current fictional character of affection for today.  Make sure you hit the jump to check out all the goodness! 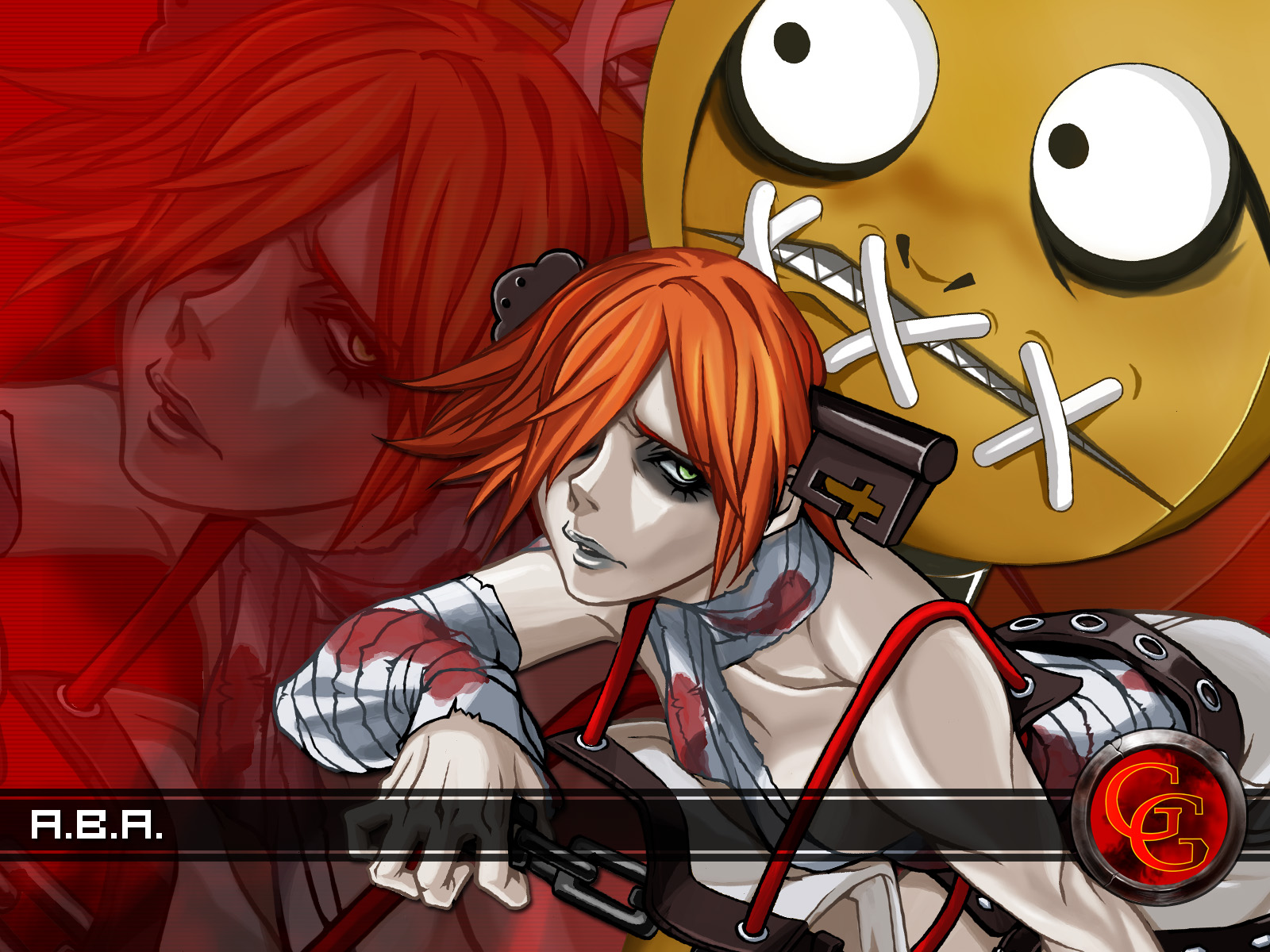 A.B.A. has been the person that I consider my “main” in the Guilty Gear series since I first picked her up in Guilty Gear Isuka.  Since I have gotten back into the series with Guilty Gear Xrd -REVELATOR-, I cannot help but to feel that part of the reason I am not completely head-over-heels in love with the game is because A.B.A. is not part of the cast.  In fact, I am sure that I did like Guilty Gear as a series, A.B.A. is what made me grow to love it.   Allow me to elaborate.

Everyone knows that I have an affinity for those eccentric, oddball  characters; especially female ones.  Characters like Tomoko Kuroki from Watamote or Tsuyu Asui from Boku no Hero Academia for instance, are the archetype I seem to just fall in love with.  I feel like A.B.A. is exactly that, but within the world of Guilty Gear (fairly hard to do since everyone within that series is pretty outlandish to begin with).  I really love a lot about this character when I sit down and think about it.  Not just the fact she’s aesthetically a badass (red hair, wrapped in bandages, key through her head with sunken eyes), but I realize that her personality and backstory makes her significantly more awesome than I had originally thought upon finding out her origins due to the “GG Glossary” found in GGXrdR.  I was very surprised to know that she was a lot like me and I felt a real connection to her character.

A.B.A. is a homunculus who was born in seclusion.  She lived 10 years alone inside of the facility that she was born and was afraid of the outside world due to her inexperience with anything outside of her norm.  This did not mean she did not want to go out, she was just too scared of the unknown and potentially failing.  This speaks volumes to me since I am someone who really hates to fail at anything, it builds insecurities and can cause unnecessary anxiety.  Despite her solitude, she did things to occupy her mind, such as collect keys that were laying around.  I can relate to A.B.A. as far as “seclusion” goes; while I am not someone who is not without siblings nor friends, I feel very much alone a lot of times.  While A.B.A. collects keys, I use to collect bottle caps back when I was a kid.  I did it to the same effect as she did, more-or-less it was something to occupy my time and distract me from the loneliness that was around me.

Something else that I can identify with A.B.A. with is her personality and how she deals with people.  She talks authoritatively to people and uses advanced wars to make herself seem smarter and intelligent, something I can obviously relate to as far as my typing skills go.  Not only that, but despite her stern demeanor and using expressions that many people may not be familiar with, she does not really hate anyone; she is more-or-less has a personality that is off putting due to her wanting to keep distance to from others, but she does have a real capacity to care and does.  She also hates anyone who does not care about their friends, and anyone who knows me will be able to tell you exactly how big I am on friendship of any kind.

The last thing I have in common with her is the relationship she shares with her weapon/spouse, “Paracelsus”.  She found the ancient relic and fell in love at first sight because they were visually what she had grown to adore (keys).  Her love was instantaneous and she had no qualms about expressing it, making her main mission to find him an artificial body so that they could be together in the more traditional sense.  This love, in and of itself, is unrequited and more-or-less forced upon Paracelsus.  Having someone whom you absolutely adore, even get jealous over if they seem like they favor someone else, is the absolute worse if they do not share your same feelings.  I know this all too well, and maybe A.B.A. is hoping that, if she is able to find him a body, that he will change his ways.  Even though Paracelsus is not in a position to do anything, there has to be a thought sitting within the back of her mind that he may not stick around once he is able to.  That is probably something devastating to think about, but something she will have to deal with nonetheless.

A.B.A. is my ideal character for the Guilty Gear series and it really did upset me that she has not came back for -REVELATOR-.  Though Guilty Gear Isuka was a side story and there is a good chance she may not make another appearance within the series, they did make her a mainstay back in Accent Core.  Nothing to do now but hope that my artificial waifu makes her way back into the fray, and soon.