Something that I have been wanting to do for RoKtheReaper.com for a very long time is give reviews for nendoroids and statues.  Until recently I have not had the resources to be able to afford to buy the material needed in order to give reviews (the statues themselves), I could also not request any assets due to not being more popular (I tried Kotobukiya’s Bishoujo line a few times, to absolutely no avail).  However, that is now going to change. 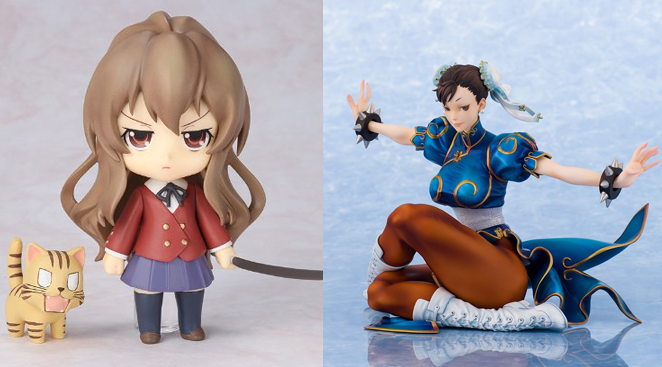 Anyone who is a part of geek culture knows that sometimes we find exceptional fondness for characters who happen to move us during an anime, manga, or video game.  Those characters leave a mark on us with their personality; they could be cute, cool, sexy, etc.  Sometimes we have such a strong emotion towards that character that we will do things like change our social media pictures, use quotes, and even buy merchandise pertaining to them.  Furthermore, nothing says a character has made an impact on you quite like owning a figure of them does.

Thankfully, I received a pay raise at my job which will allow me more money on my paycheck, especially beneficial if I work multiple overtime days per week.  Seeing as I am now fully giving into my otaku nature, I am going to be ramping up on the merchandise now that I will have the funds to do it!  Besides, my friend Bianca is currently beating me as a geek with her ever expanding collection of figures.  I cannot allow her to win!

I have not worked out exactly how I want to do these reviews yet; either by taking various pictures and describing what I see and giving an in-depth description of what consumers can expect, or by actually doing a video and placing it on my YouTube giving an oral review of the figure while also showcasing it from different angles.  Both appeal to me, and I have really been wanting to break into the YouTube market, but I also love being able to explain even the minute details here for anyone who is at work and cannot have their audio playing in the office.

You can expect my reviews for figures to be just as detailed and well done as those I do for gaming, anime, and manga.  I will research said material, while also watching and studying how others review to give to you the best experience possible.  Thank you for supporting this new task I am undertaking here at RoKtheReaper.com!

Nendoroids are made by the “Good Smile Company”, and they are more-or-less super-deformed (chibi) versions of characters with interchangeable faces and accessories.  They are all made to be very cute for the most part, and are usually very affordable compared to some figures (most range from the $40 to $65 dollar price range while still available for pre-order).  You can expect among the first of my nendoroids to review will be Rem and Ram from Re:ZERO -Starting Life in Another World-; Taiga Aiska from Toradora!; as well as Sora and Shiro from the No Game, No Life.

The PVC Scale Statues that I will be reviewing will be made by a variety of companies from a variety of price ranges (anywhere from $60 to $200 dollars, usually) .  They will all be characters I am highly interested in.  You can expect among my first reviews to be Galko-chan from Please Tell Me! Galko-chan, Harley Quinn’s “New 52 version” Bishoujo statue, and the Momohime figure from Muramasa: The Demon Blade.