Gears of War 4 is currently on the horizon and will bring a new trilogy to classic Gears of War series.  To ensure a healthy multiplayer experience, a beta was currently held (which I participated in, but not enough to really give it a thorough review).  However, during the final day of the beta I was fortunate enough to play a bit of the “Dodgeball” mode, and I can say without a doubt that it is the best thing to be added to the Gears of War multiplayer series thus far.  In fact, rather than making the default game mode “Team Death Match”, they should simply take it out altogether and replace it with Dodgeball.
For those of you who do not think this should be, I suggest you read my reasoning as to why this is a smart idea.  Go ahead and hit the jump. 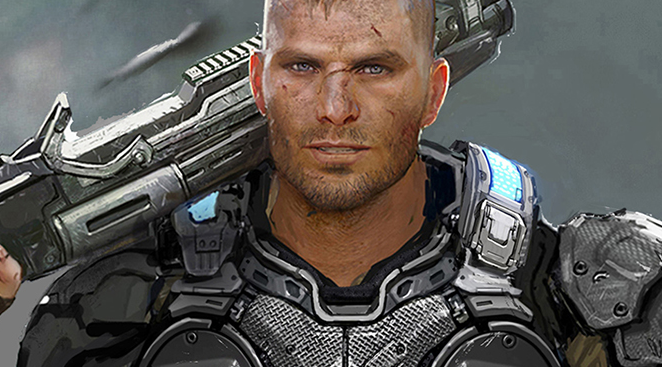 Gears of War 3 wanted to add in “Team Death Match” in order to draw in a more mainstream crowd to the franchise (Gears of War: Judgment would later have its own variant of TDM).  Gears of War already had a cult following, but many people who were wanting to play the game were not fans of “Execution”, the game’s most popular mode.  Execution only permitted each character a single life per round, the winning team needing to win four to five rounds in order to claim victory.  Essentially, once a player died they would have to sit out and wait for their teammates to get done rather than continue to participate on the action and this was judged as a negative by many of the more casual players.
Team Death Match is not a bad idea as it is the staple of many shooting games, both first and third person.  However, it did not fit within Gears of War because it made the game less “urgent” by not having to bringing in the same dramatic atmosphere as being severely outnumbered.  Gears of War 3 ended up taking its own iteration of the popular game series by allowing a certain pool of lives.  Upon dying, a player would take a life from that pool until none were remaining.  In Gears of War 3, players could no longer respawn once they were down to the final five lives in the pool (same with Gears of War 4), this was not the case in Gears of War: Judgment as you could continue to respawn until all lives were emptied.
While the unique take on Team Death Match did fit Gears of War, it had too many flaws for me to take it seriously.  Execution simply felt better, and I still felt that way when playing the TDM mode in Gears of War 4.  I found myself saying, “Where is Execution?  Why is only Team Death Match available to play?”  While I did understand that Execution would be played quite a lot by old Gear heads like myself, as well as those who wanted to participate in the Pro League; it was also apparent that it was the secondary game mode as the main emphasis was placed on TDM for the more casual crowd.  Finding games in Team Death Match was going to be a lot easier than in Execution and that meant longer waiting periods.   To be honest, I found myself not enjoying the beta that much because of the lack of “severity” in matches.  On the very last day however, I managed to cave in and play “Dodgeball”, which greatly changed my perception on the game.
[   A Life for a Life   ] 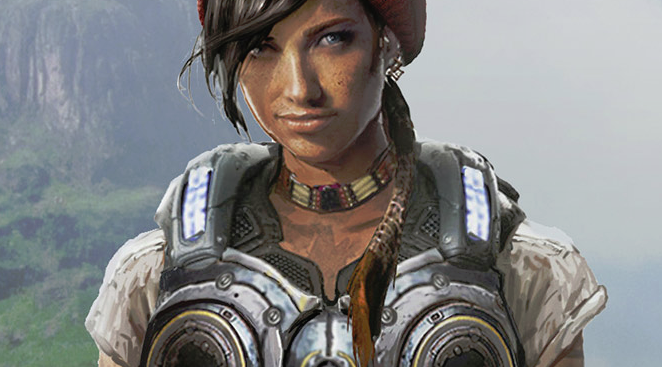 Dodgeball started off as Execution, where each player as only allowed one life and you had to sit on the sidelines if you died; however, this is where it became a mixture of “Team Death Match”.  As your teammates killed off opponents, they would essentially add a life to your pool per kill they received, reviving a fallen teammate within the exact order they died.  Therefore, a match of 1v5 could quickly become a match of 3v3 if that singular teammate managed to kill two members of the opposing team while remaining alive long enough for them to spawn back in.  “A life for a life” is the name of the game here, and it proves to be a grand mixture of Execution and Team Death Match; rather, it is Execution for a more casual audience.
The reason that Dodgeball is better alternative to Team Death Match is that it allows for the urgency of Execution with a chance for teammates to get back in on the action like Team Death Match.  Also, even if you have bad teammates, you do not have to worry about them constantly taking lives from the pool and rendering a near impossible comeback situation at the end of the game by your opponent having an insurmountable number of lives compared to your own; evening the odds in Dodgeball is nothing more than a few kills away.
Dropping Team Death Match altogether in favor of Dodgeball would make Gears of War more enjoyable for everyone involved, I believe.  If you are going to make a preferred mode for the casual audience, at least do one that makes everyone feel how you should feel when playing Gears of War, that even a situation that appears hopeless can be turned around with enough willpower.
SHARE:
RATE: