OVERWATCH is one of the many new endeavors by Blizzard Entertainment, creators of gems like HearthStone: Heroes of Warcraft, World of Warcraft, and Starcraft.  I first heard about OVERWATCH by its beautiful CGI trailer which introduced the first four heroes in a museum for “OVERWATCH” (which is a global defense force).  I was introduced to Tracer, Widowmaker, Reaper, and Winston.  After seeing this and wanting to try out the game, I finally got my chance to test it for myself.

This Team Fortress styled objective based First Person Shooter recently closed its doors on an open beta for Xbox One, Playstation 4, and PC.  After getting to participate within it, I want to share my general experience with the game.  While this impressions piece will not be so incredibly detailed as to go over every single character’s ins and outs (something I will save for the full game’s review), I will give you my impressions over the general cast and how the game works.
[   Beta Impressions   ] 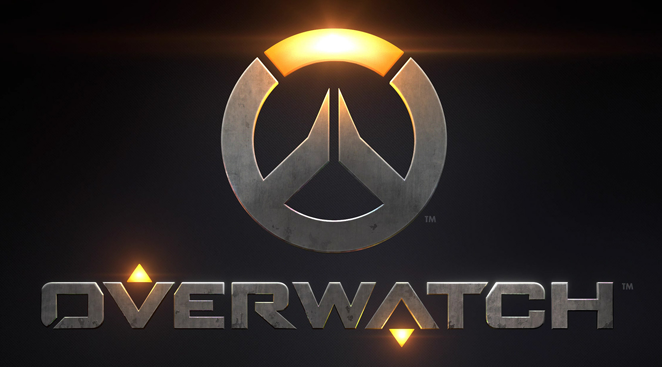 Going into the game, I did not really know what to expect.  From what I had heard from all of my friends (as we had just came from the Battleborn beta), was that this game was not similar to a MOBA, but more-or-less like an objective based shooter like Team Fortress 2.  This was something I could get behind as I wanted a game like that, mostly because I had never gotten the chance to play one before.  A First Person Shooter without Team Death Match was also appealing since my teammates always seemed to go for the kill rather than playing the objective, something incredibly frustrating when you care about the win more than your Kill-to-Death ratio.
The first thing to decide on before even hopping into the game is which character you wanted to play.  The characters were separated into different sections depending on their roles (Offense, Defense, Support, Tank, etc.), and even characters of the same type played differently with different functions.  Let us, for example, look at two of the defensive characters “Bastion” and “Mei”; Bastion is meant to act as a deterrent for people pushing towards an objective in main areas (due to Bastion’s killing potential), while Mei is best used against Tank characters and can separate support characters from the rest of the team.  So, while you might need a defensive character, you may need a specific type of defensive character.  Figuring out which character you can play well is the key to success, but often times you will need to learn at least one character from each type to fill in a certain role when you need it and no one else can do it.
Communication in itself is a much bigger thing in this game than others.  Unlike most FPS’s which everyone has pretty much the same equipment and skillset, because all characters are so unique you have to be able to say what you are doing.  Some characters, like Reinhardt’s shield or Mei’s endothermic blaster, are worthless without teammates to take advantage of them.  Characters, when used in tandem with teammate’s abilities, bring the true core of the game to life.  A Tracer with Torbjörn’s armor is harder to kill and makes her that much more of a threat, and a Reinhardt has an easier time pushing forward if a Soldier 76 is providing fire from behind his shield.  Characters by themselves are good, but it is using them in combinations are what separate a good team from a great one.
The games of OVERWATCH that I spent playing, I found that the key to winning was not necessarily having all the “roles” filled on the team (Offense, Defense, Support, Tank, Sniper, etc.), rather it is having heroes in place to counter your opponent’s characters and the strategies that they were using.  This meant that having multiples of the same heroes could essentially work out, even if they game is telling you that you have too many characters of the same types.  Allowing you to switch characters mid-game meant that you could easily switch to a different strategy if the one you were using was not working, but this also meant that communication was vital, otherwise certain things can appear broken and unbalanced when it is not in reality.  Certain combinations of characters can prove bothersome, but figuring out the counter to the enemy team allows you to stand on even ground.
When I first started playing, Bastion was receiving “Play of the Game” rather often.  This Defensive character seemed more-or-less like an offensive powerhouse when he was in turret form, and he seemed to kill rather often.  However, Bastion was easily shut down by a smart Reinhardt, Roadhog, or Mei.  Sometimes when people played two of the same character it could be bothersome, such as dual Torbjörn’s utilizing their turrets.  To offset this, you could always use Reindhardt or Winston to get in close, or even Widowmaker to take everything down from long distance.  You even had the option of Symmetra’s charged shot which does good damage but slow, meaning it is better to use it on stationary opponents (making turrets the perfect targets).  Knowing exactly how to approach how the other team plays will give you the ability to win; knowing the layout of the map never fails to help either.
OVERWATCH is a good game, I am already having withdrawals since the open beta ended.  I have not been this excited for a First Person Shooter in quite a long time, and that is primarily because it feels like every character is unique and no one is really broken.  While there were some games I felt were really hard to win, nothing felt impossible.  While some friends complained about being able to have multiple characters on the same team, often times that means the team was lacking in some component and taking advantage of that weakness was often the key to winning.  This is a true team based game, and I cannot wait to get my hands on it.