Even more manga is being released by way of Viz Media and this time we have two of them!  One happens to be “Food Wars! (Shokugeki no Souma)” while the other happens to be “Spell of Desire“.  Both will be releasing in printed form as well as in digital download format.
Go ahead and hit the jump to find out where you can buy these from, the pricing for each series, as well as the full press release on these two manga by Viz Media themselves. 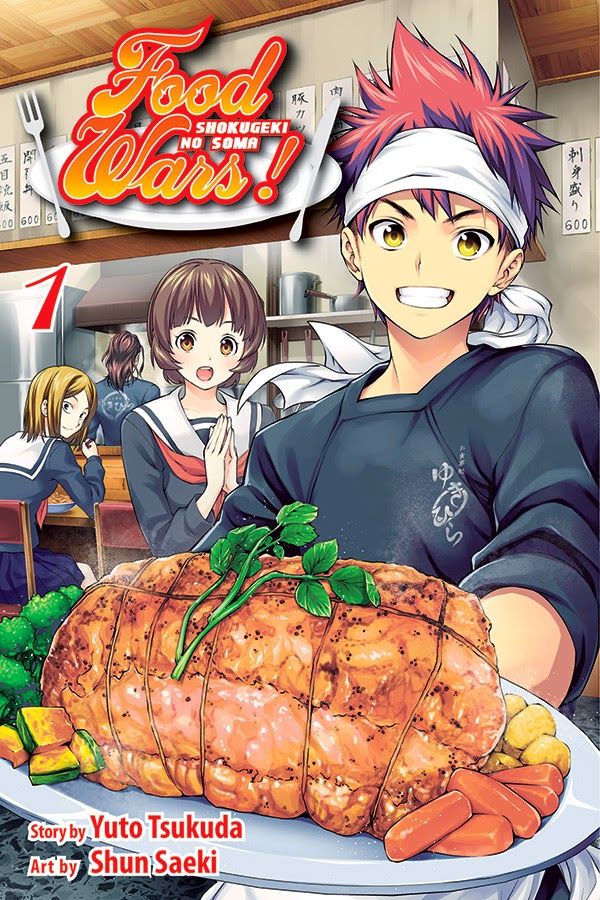 VIZ Media, LLC (VIZ Media), the largest distributor and licensor of manga and anime in North America, invites readers and aspiring gourmands to savor the delicious new manga (graphic novel) series, FOOD WARS!: SHOKUGEKI NO SOMA, now available.
The action-packed, saucy comedy about a boy’s determination to become a top chef features a story by Yuto Tsukuda with artwork by Shun Saeki and is published under the Shonen Jump Advanced imprint. FOOD WARS! is rated “T+” for Older Teens and carries an MSRP of $9.99 U.S. / $12.99 CAN. The ongoing series will see new volumes released on a bimonthly basis.
Digital versions of FOOD WARS Vols. 1 and 2 are already available for $6.99 each (USD/CAN) on VIZManga.com, through the VIZ MANGA App for the Apple iPad®, iPhone®, iPod® touch, and Android-powered smart phones, and through the Nook, Kobo, Kindle, iBooks and GooglePlay stores.
In FOOD WARS!, Soma Yukihira’s old man runs a small family restaurant in the less savory end of town. Aiming to one day surpass his father’s culinary prowess, Soma hones his skills day in and day out until one day, out of the blue, his father decides to enroll Soma in a classy culinary school! Can Soma really cut it in a place that prides itself on a 10 percent graduation rate? And can he convince the beautiful, domineering heiress of the school that he belongs there at all?!
“FOOD WARS! is a titillating and tasty new manga release that ranks as one of the most popular titles currently featured in Japan’s Weekly Shonen Jump. We are looking forward to North American fans discovering this funny and appetite-inducing series,” says Jennifer LeBlanc, Editor. “There is great attention to detail in the food preparation depicted in both the writing and art of this series, and each volume also includes special recipes that readers can try at home. See a different sort of hell’s kitchen unfold as young Soma faces a seemingly insurmountable array of challenges in his quest to become one of the world’s greatest chefs.”
Yuto Tsukuda won the 34th Jump Juniketsu Newcomers’ Manga Award for his one-shot story Kiba ni Naru. He made his Weekly Shonen Jump debut in 2010 with the series Shonen Shikku. His follow-up series, FOOD WARS!: SHOKUGEKI NO SOMA, is his first title to be translated into English and released in North America.
Manga artist Shun Saeki made his Jump NEXT! debut in 2011 with the one-shot story Kimi to Watashi no Renai Soudan. FOOD WARS!: SHOKUGEKI NO SOMA is his first Shonen Jump series.
For more information on FOOD WARS!: SHOKUGEKI NO SOMA, or other manga titles from VIZ Media, please visit www.VIZ.com. 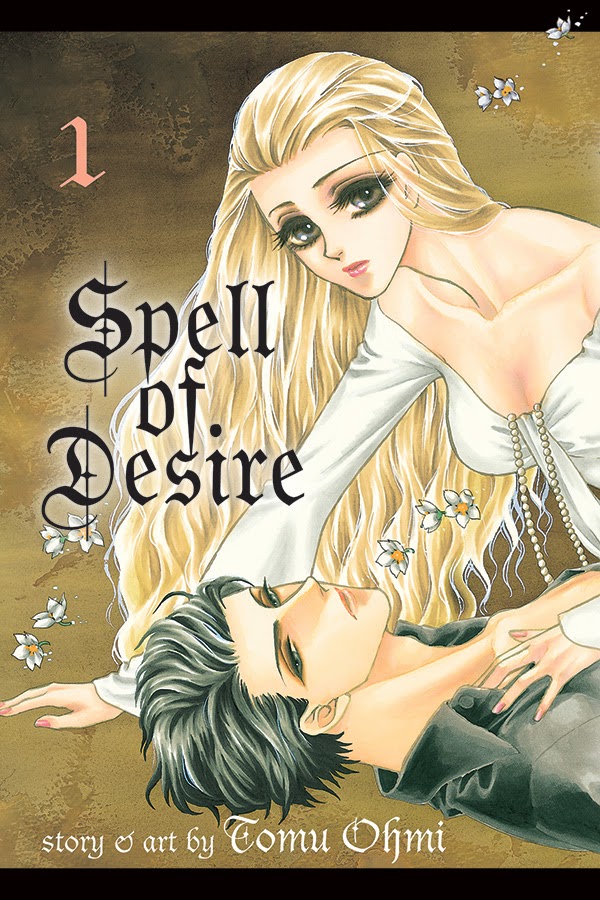 VIZ Media, LLC (VIZ Media), the largest distributor and licensor of manga and anime in North America, brings a hot new paranormal romance to fans and readers this month with the debut of the manga series SPELL OF DESIRE.
Volume 1 of the new series, created by Tomu Ohmi, is available now and published under the Shojo Beat imprint. SPELL OF DESIRE is rated ‘M’ for Mature Readers and carries an MSRP of $9.99 U.S. / $12.99 CAN. Future English editions of the 5-volume manga series will be released quarterly.
A digital version is also now available for $6.99 (USD/CAN) on VIZManga.com and through the VIZ MANGA App for the Apple iPad®, iPhone® and iPod® touch, Android-powered smart phones, as well as through the Nook, Kobo, Kindle, iBooks and GooglePlay stores.
In SPELL OF DESIRE, Kaoruko Mochizuki runs an herb shop in a small seaside town. One day, a mysterious man dressed in black named Kaname Hibiki enters her shop and reveals that Kaoruko is actually a witch. And what’s more, Kaoruko needs Kaname to help control her awakening power!
“SPELL OF DESIRE is a sexy supernatural romance story between a witch and her mysterious handsome bodyguard/protector. Shojo manga fans will love the gorgeous artwork and the passionate relationship that develops between Kaoruko and Kaname,” says Amy Yu, Editor. “Manga creator Tomu Ohmi first captured the attention of fans and received acclaim from critics with her other supernatural shojo series, MIDNIGHT SECRETARY, and we look forward to readers falling under the spell of her latest captivating manga release.”
Manga creator Tomu Ohmi debuted in 2000 with the supernatural manga Kindan no Koi wo Shiyou. She also is the creator of MIDNIGHT SECRETARY, which is published in North America, the United Kingdom, Australia and New Zealand by VIZ Media’s Shojo Beat imprint.
For more information on SPELL OF DESIRE, or other shojo manga titles from VIZ Media, please visit www.VIZ.com.
SHARE:
RATE: