Capcom is once again going to be bringing back its classic “Resident Evil” (Biohazard “バイオハザード” in Japan) to consoles (Xbox 360, Playstation 3, Xbox One, and Playstation 4).  Everyone remembers when this game got remade for the Nintendo Gamecube back in 2002 (At least I do, I could not believe the GC had that much power that went untapped) and then ported to the Wii U in 2008, but now they can play it on a non-Nintendo console, brilliant.
Capcom released an officially press release for the game saying some of the things that will be available on it and when we can expect it.  There is also some artwork and screenshots that are currently available for viewing.  Go ahead and hit the jump for the full details.
Press Release
Capcom, a leading worldwide developer and publisher of video games, today announced Resident Evil®  for PlayStation®4 computer entertainment system, PlayStation® 3 computer entertainment system, Xbox One, the all-in-one games and entertainment system from Microsoft, Xbox 360 games and entertainment system from Microsoft and PC. Resident Evil  will be available to purchase digitally across North America and Europe in Early 2015.
The hugely popular Resident Evil® series, having sold over 61 million units to date, returns to its roots with a remastered version of the critically acclaimed masterpiece, Resident Evil. Originally released in 1996,  Resident Evil  was then “remade” in 2002 from the ground up with new visuals, gameplay elements, environments and story details while retaining the survival horror atmosphere the series had become synonymous for. Both fans of the franchise who want a trip down memory lane and those who have yet to experience the game that coined the term survival horror for the gaming world will appreciate this definitive re-visit of that iconic 2002 Resident Evil title.
Using the latest resolution enhancement and 3D model technology, game resolutions and textures have been significantly upgraded, including 1080p support on next-gen consoles, resulting in characters and backgrounds coming to life in greater detail than ever seen before in Resident Evil. Not only will the graphics impress but the tense sound effects have been fully remastered with 5.1 surround support for a greater gaming atmosphere. Players are now able to choose not only between experiencing the terror at the classic 4:3 ratio or a stunning 16:9 widescreen mode but also the type of control scheme they play with. The classic control scheme remains for fans of the original play style or there’s an alternative scheme where the character moves directly in the direction of the analogue stick, utilizing the standards of the current generation of gaming. Both the control scheme and the display options can be toggled between at any time during gameplay.
The intense horror fans first experienced with the release of the original Resident Evil is back. Taking place in the now notorious Raccoon City, players will choose to take on the role of either S.T.A.R.S. (Special Tactics and Rescue Service) team member Chris Redfield or Jill Valentine, who have been sent into the city to find the missing Bravo team. When the team is suddenly attacked by a ferocious group of mutated dogs, desperate for an escape they take shelter in the Mansion, but will they ever get out alive again? Players will need to be brave as they adventure through the dark, enclosed spaces searching out the horrors that await them. With limited ammo and survival items available gamers will need to keep their wits about them to survive the various traps and puzzles that greet them at every stage.
Character Art 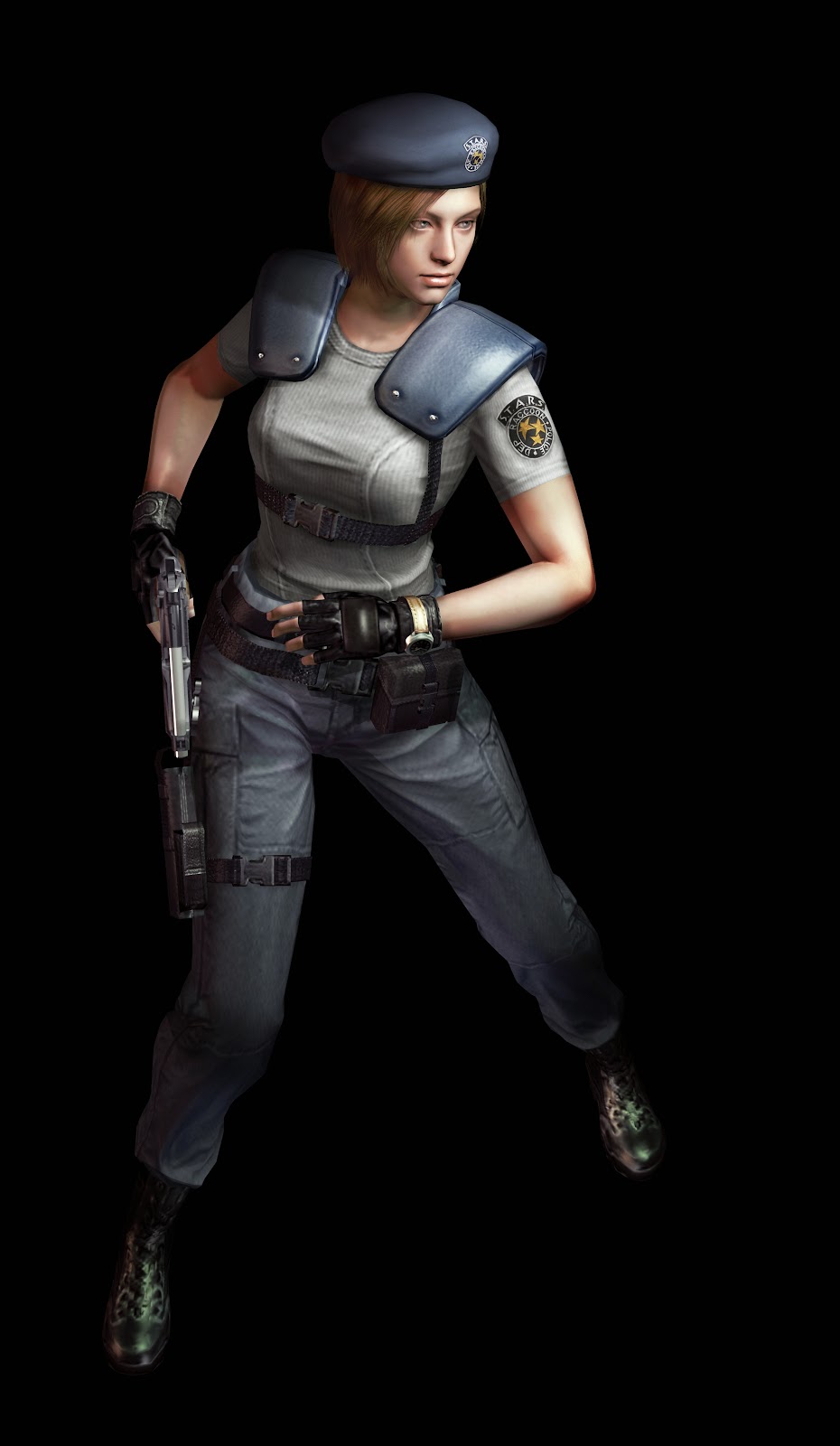 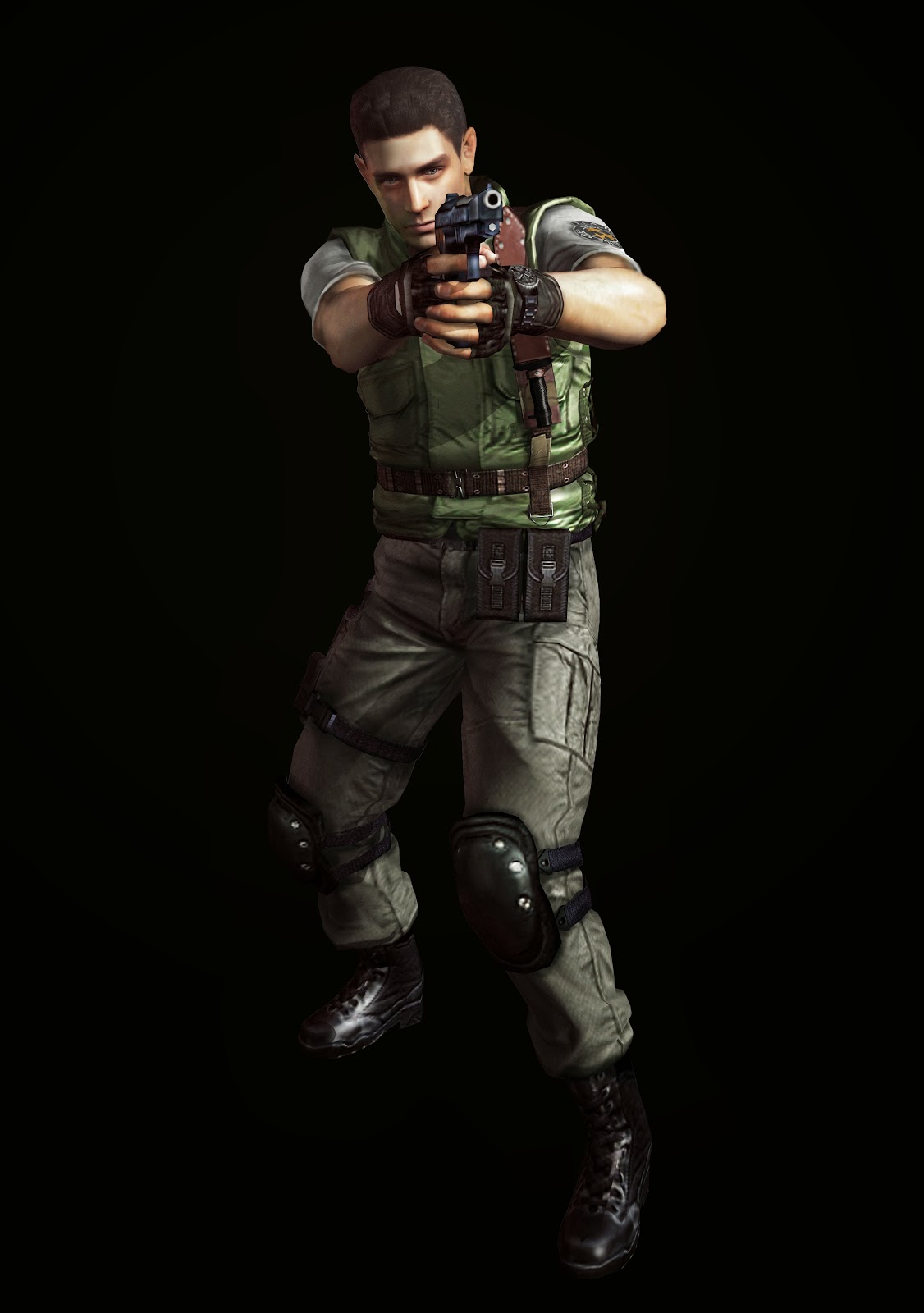 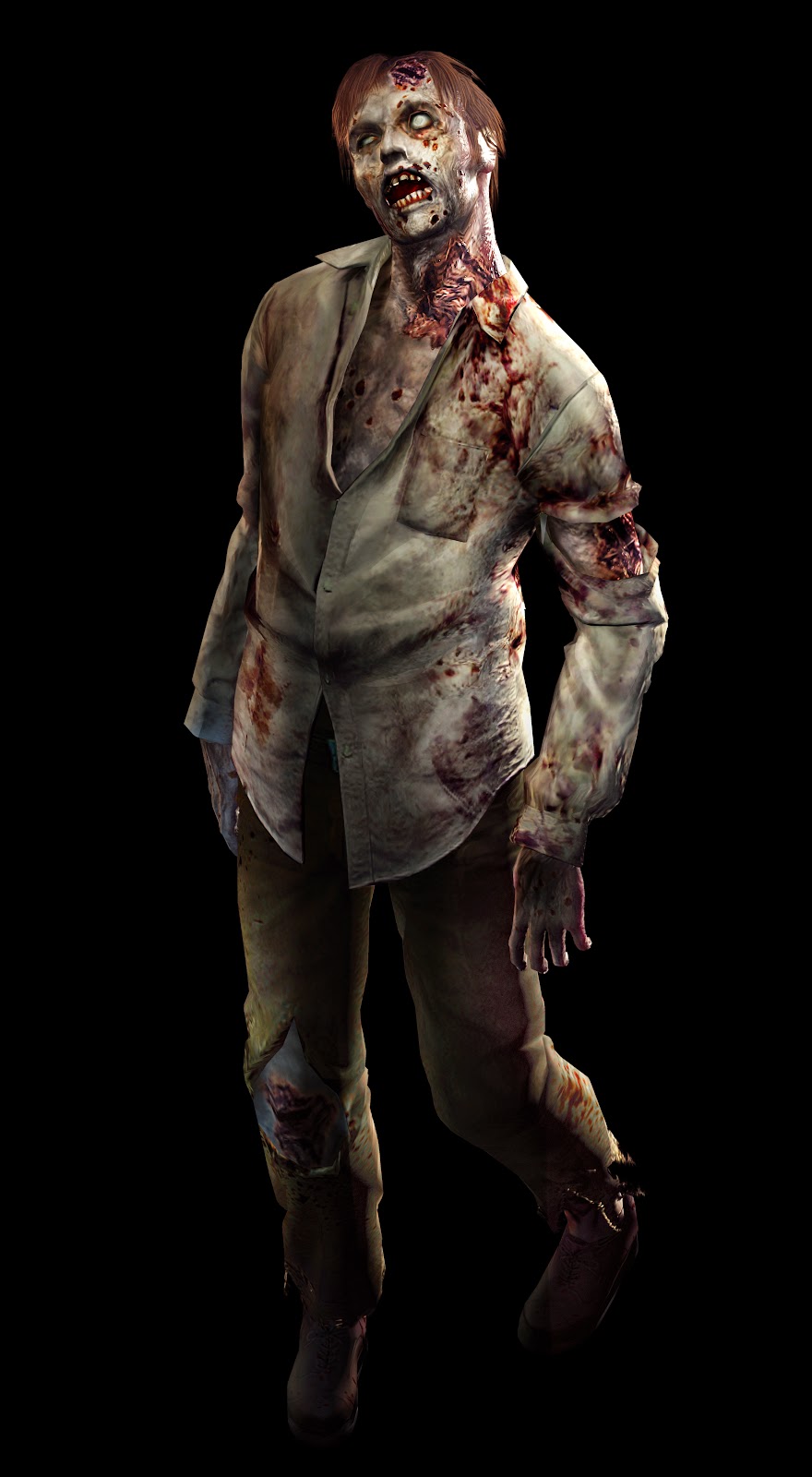 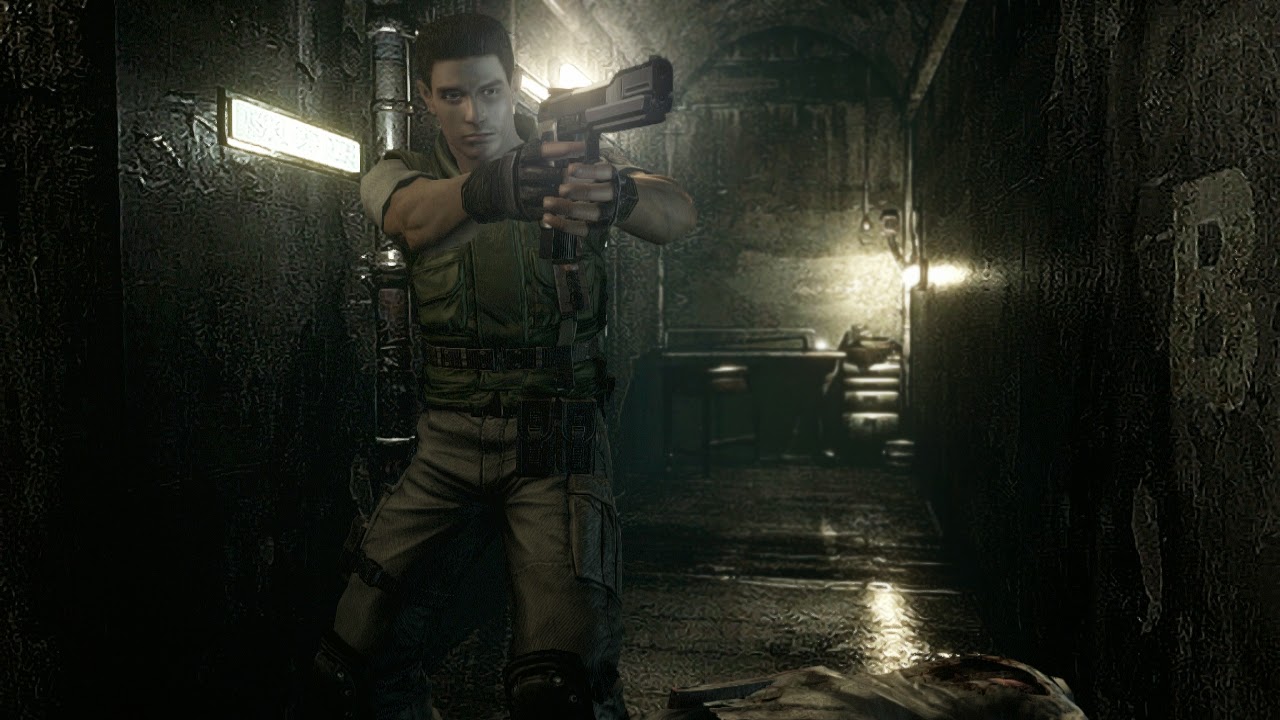 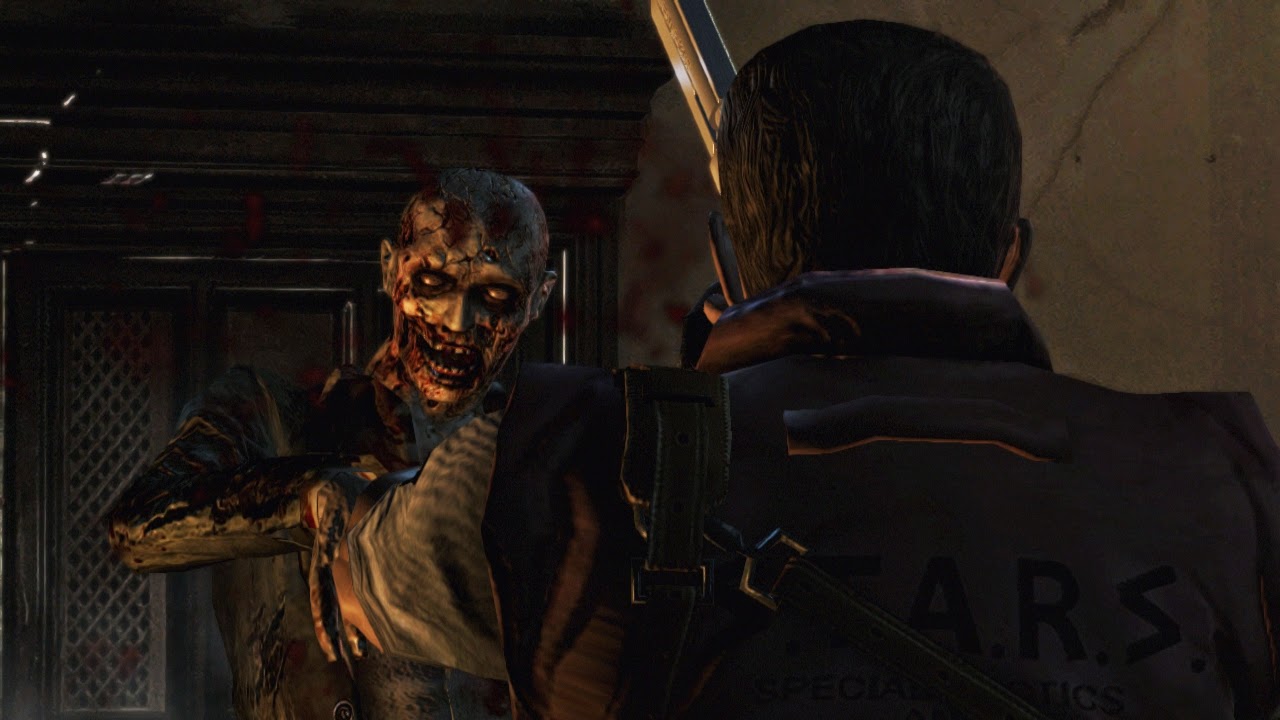 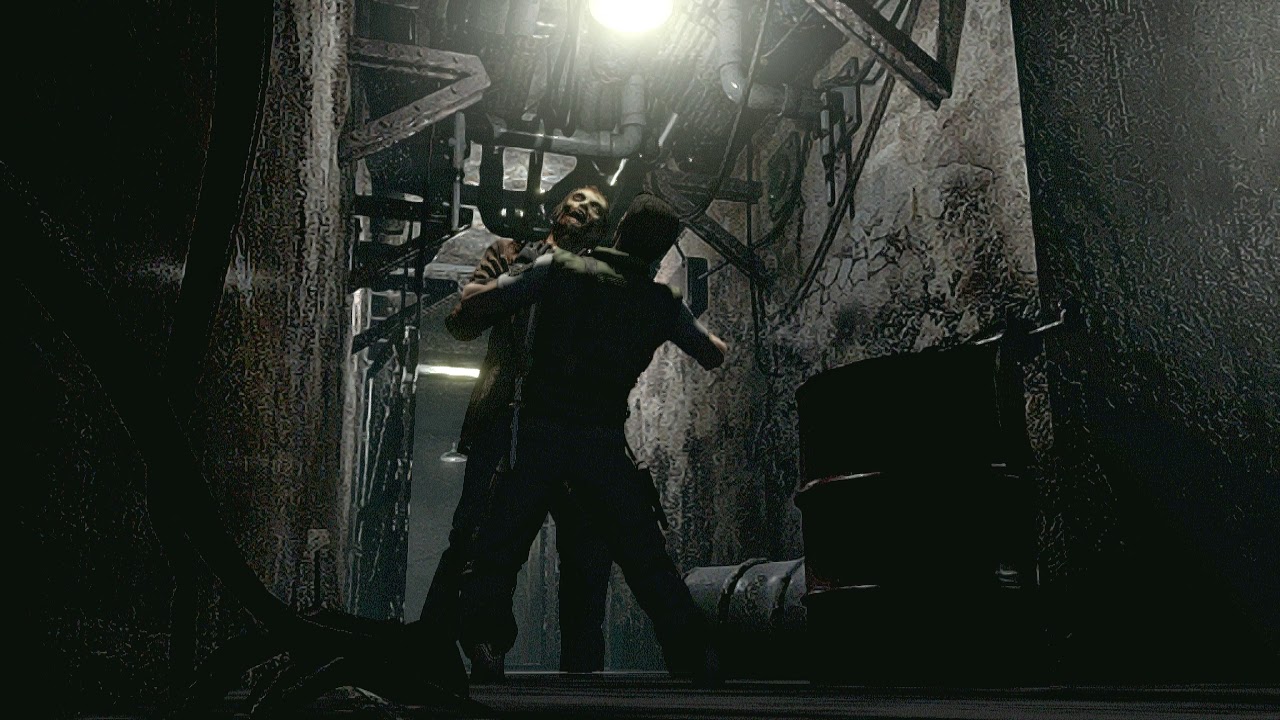 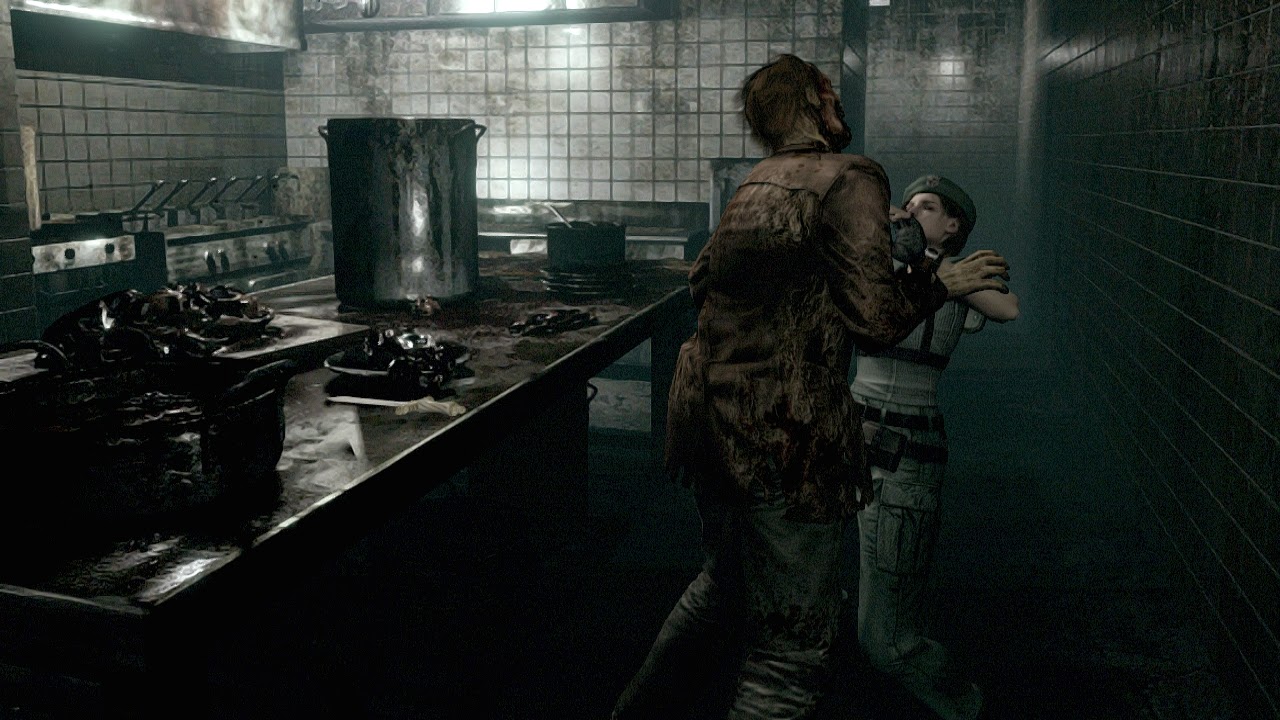 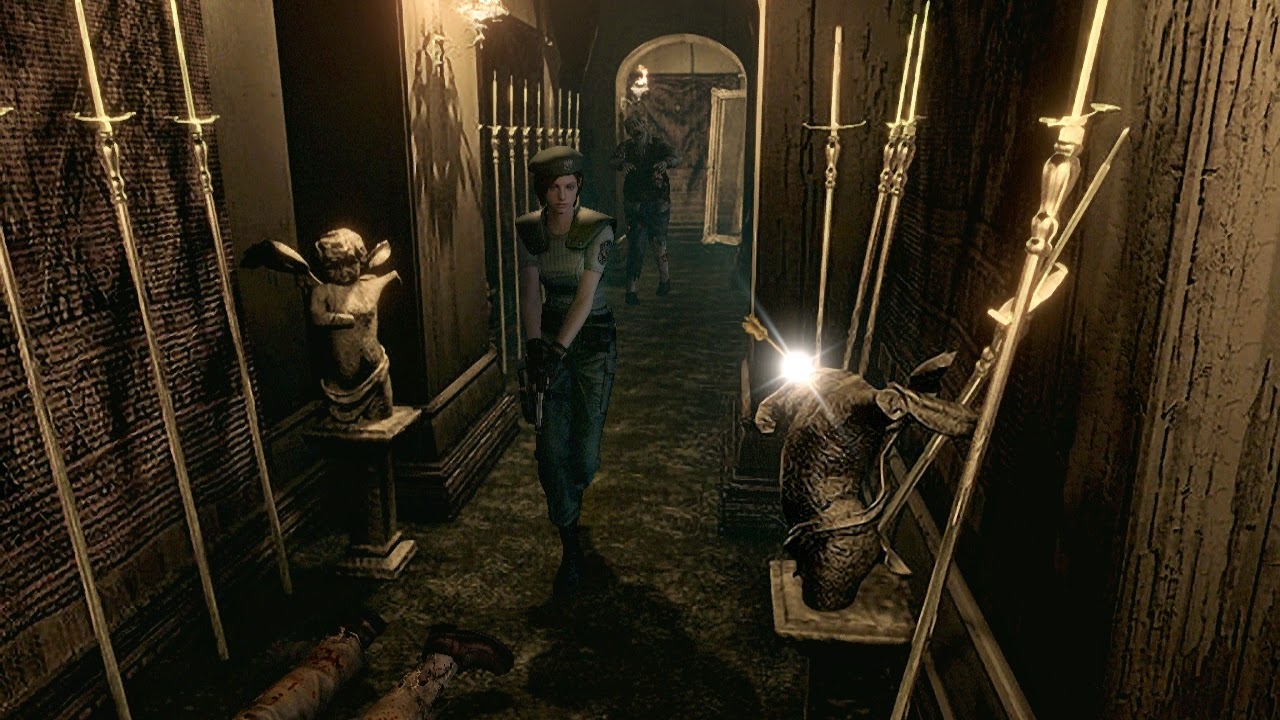 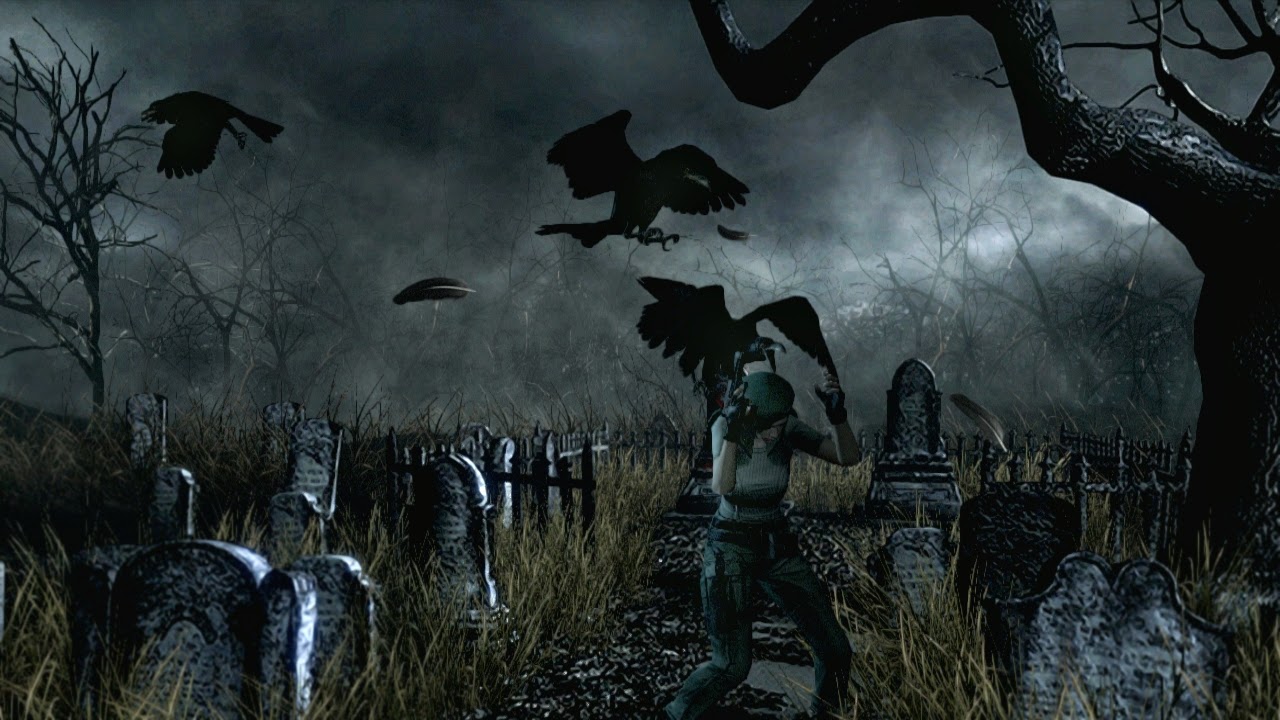 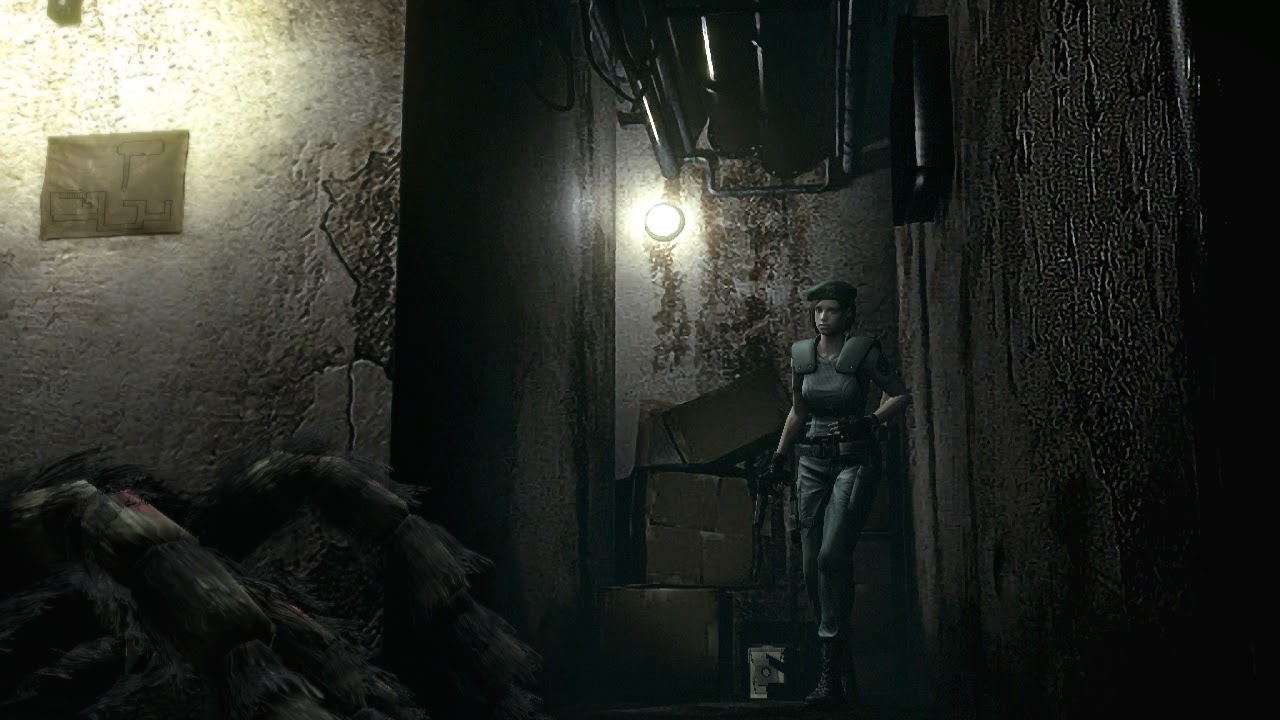 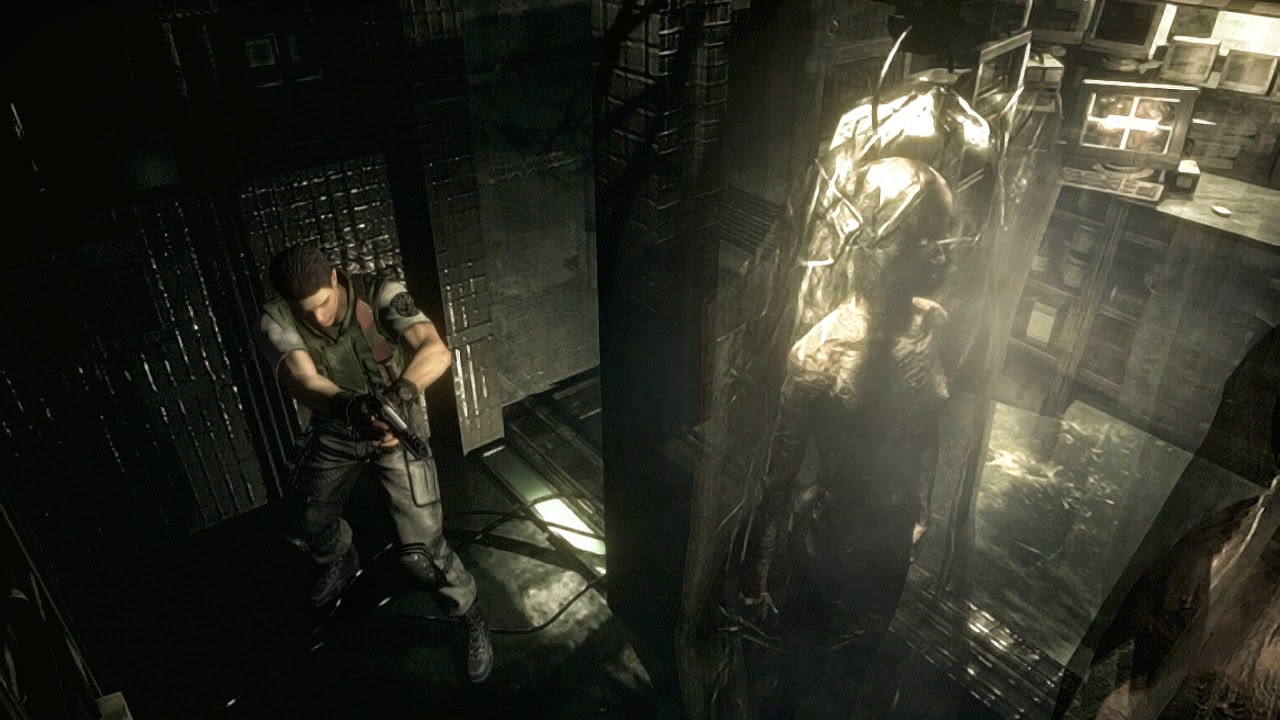 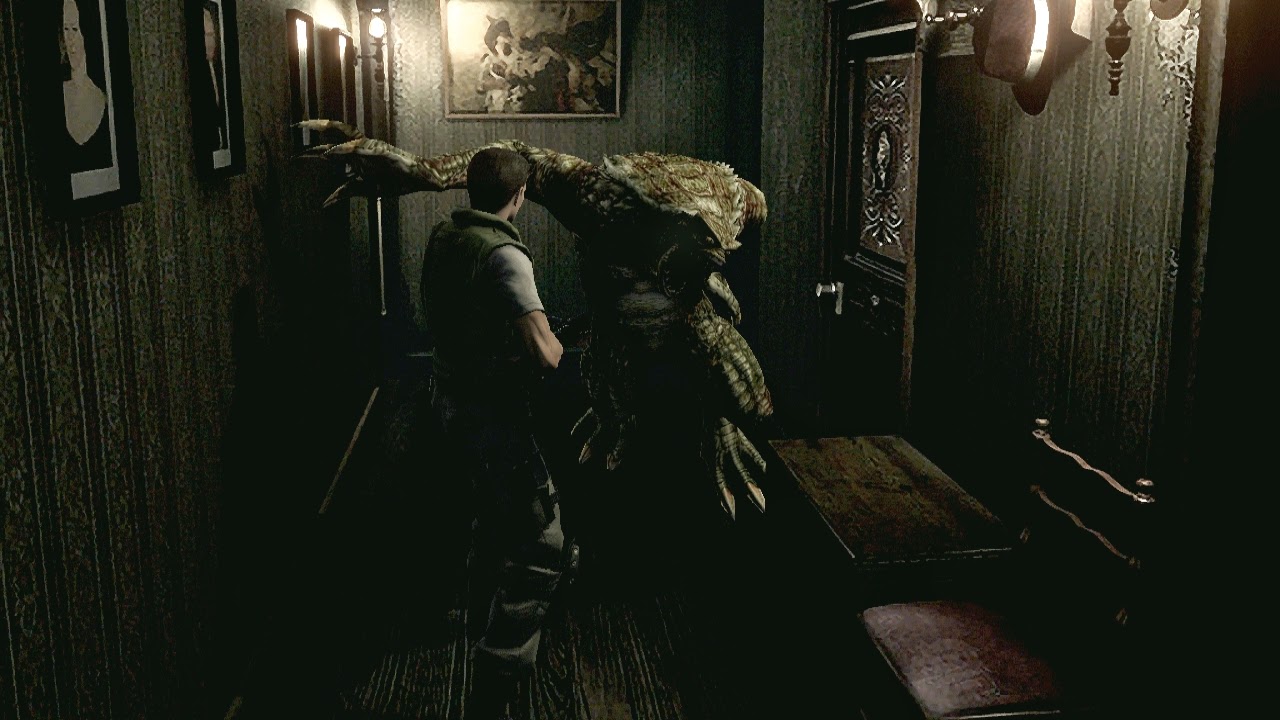 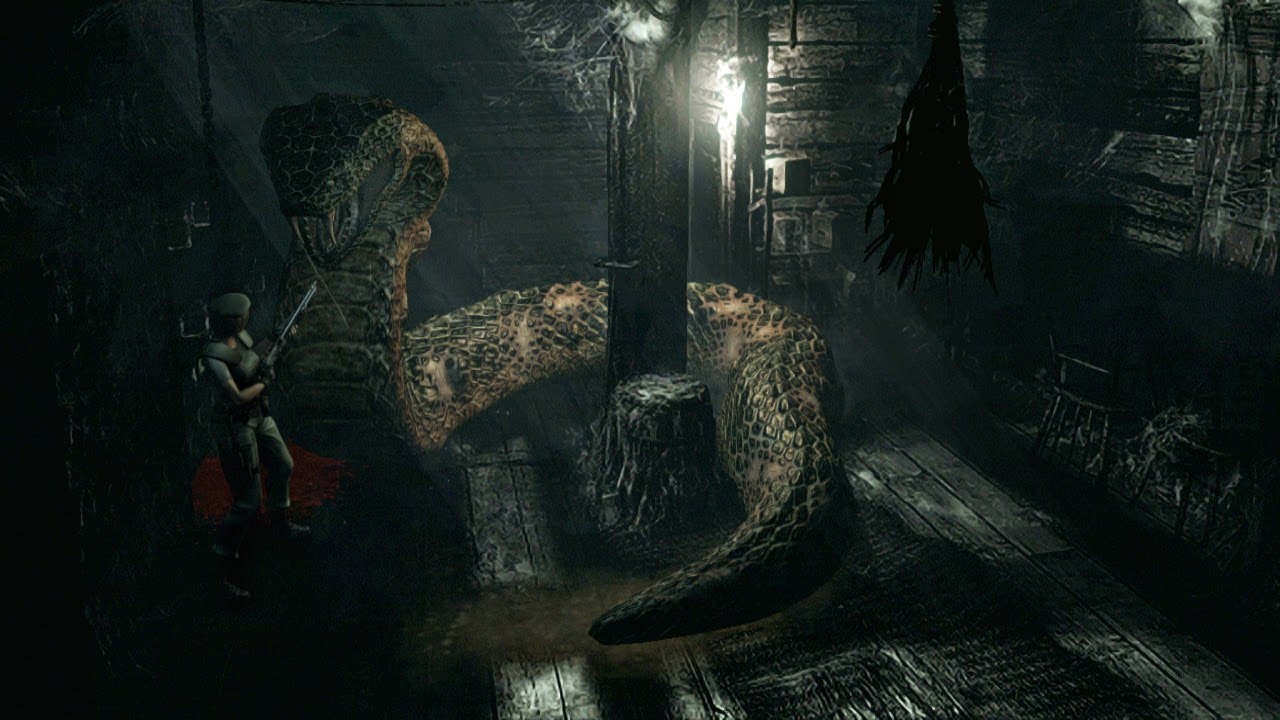 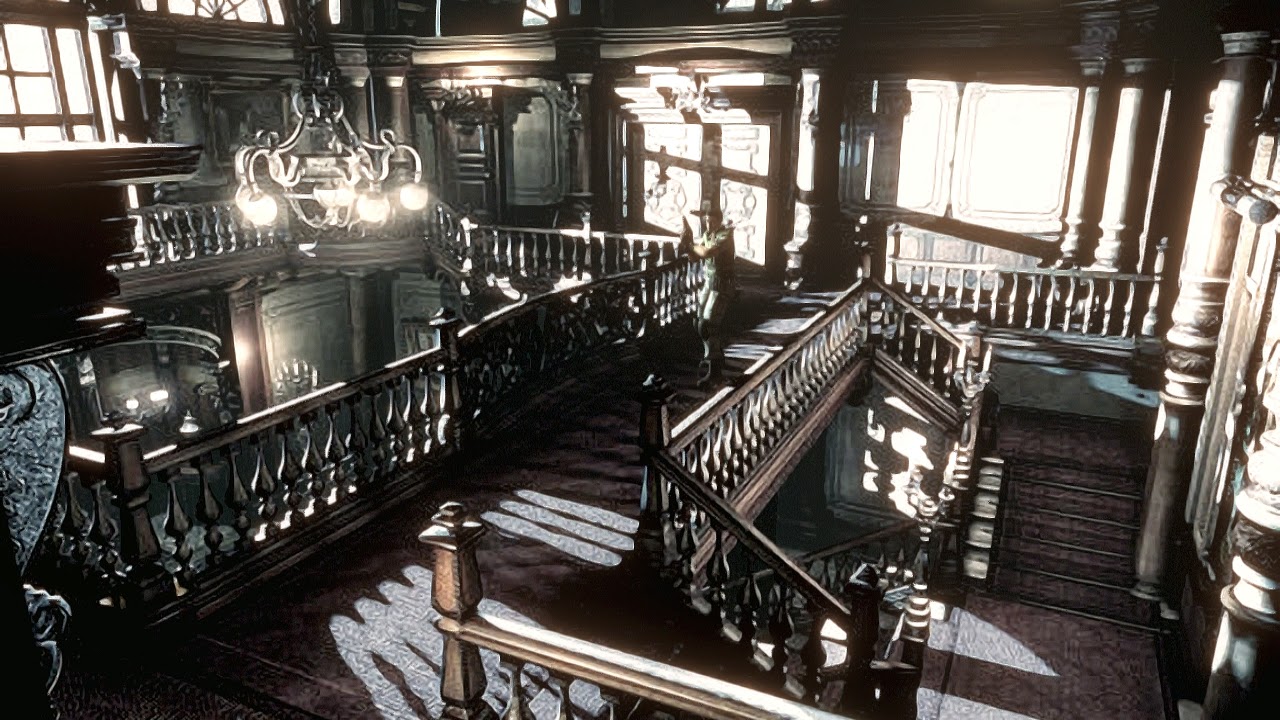 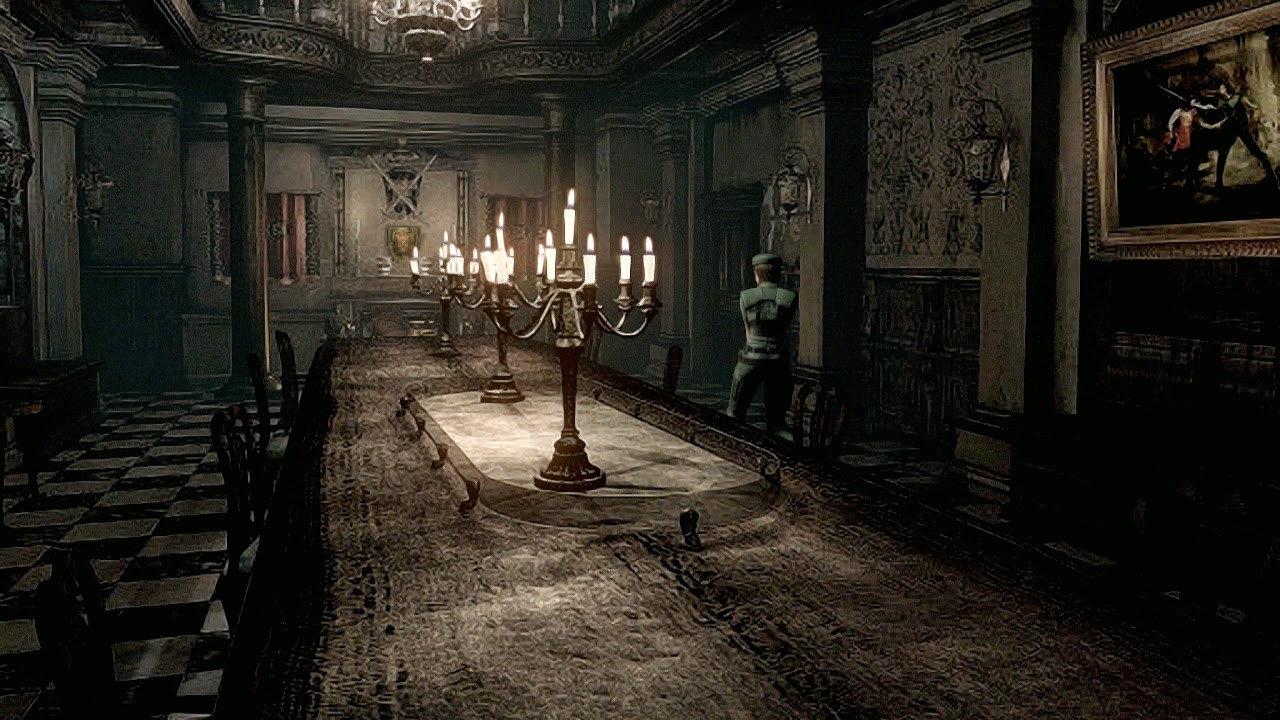