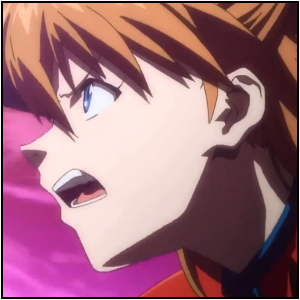 Top 5 Tuesdays is a series that focuses itself on my top five anything on a given subject that is directly related to either gaming, anime, or manga.

Everyone, I do not care who you are or where you are from, has a moment in time when watching an anime that goes, “OH…MY…GOD!“.  That moment where you have to wonder if you will get your brain back because it has just been blown, THAT moment.

Over the span of time that I have been watching anime I have some scenes that I can never forget, I want to compile those for you all and tell you exactly why these are the cream of my crop!

[ If Words Could Describe] 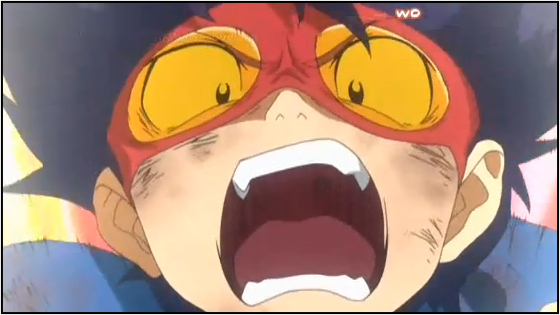 Something I have always found very special about anime is the ability for you to see the characters of a manga in motion.  Even beyond that, you are able to see glorious animation tell a story that is larger than life itself, speaking of life and death situations, and ultimately see something that may very well blow your mind.  These moments embed themselves within your brain and makes other things  very lame in comparison, it is what we live life for, those moments that are completely unforgettable.

Without further ado I will bring you my list for my Top 5 Favorite Epic Anime Scenes of all-time.  These are the moments of greatness that I simply cannot shake and what would make me want to recommend the anime to anyone that asks me what they should watch.  Also, these are what I normally show non-anime fans in the hopes of convincing them to give japanese animation a try.  Trust me, you would be surprised how many are willing to give it a look when they see what is all possible.  Well, enough of that, ARE YOU READY?!

Simon was sentenced to death for his “War Crimes” for liberating the people of the world and having “One million monkeys” walk the earth to bring about the wrath of the anti-spiral.  In order to prevent a huge attack by the anti-spiral, Simon mans Gurren Lagann with a bomb in the cockpit promised to explode should he try to flee before or after the fight.  Realizing that he has no choice but to use his drills to absorb the attack by the explode-upon-death Mugann units.  Releasing a powered up version of “Giga Drill Breaker”, Simon used “Giga Drill Maximum” in order to release the pent up energy, destroying all Mugann units on their way to Kamina City and setting off their explosions simultaneously which caused a massive explosion similar to a nuclear warhead.
I love this scene simply because it is one of the most epic things I have ever witnessed from an anime and it shows just how insane Tengen Toppa Gurren Lagann can get, even though they started out from a place that virtually had no technology.

Gohan and Trunks were suppose to take their final stand against the Androids 17 & 18 in order to prevent them from terrorizing anymore of the planet.  Gohan decides that Trunks is just not ready yet and knocks him out cold.  Even fighting alone with only a single arm he bravely fights the Androids to the best of his ability but in the end was defeated by the monstrous duo.  Beyond this Trunks finds Gohan’s dead body and finally achieves the anger and pain necessary to transform into a Super Saiyan.
This scene is one of my favorites because of the speech Gohan gives, basically as if he knew he was going to die and needed to fight them just to prove there were good people still left in the world.  Also, this is the best iteration of Gohan there is.  During the main series of Dragonball Z after the Cell Saga, Gohan pretty much does nothing and Goku and Vegeta are left to defend the planet because of his slacking and attention to Videl and schooling.

The fight between Ippo and Sendo was highly wanted because of their previous battle which crowned Ippo the All Japan Rookie Champion with his victory.  Sendo is now the Featherweight Champion of Japan after Date retired the belt after defeating Ippo (Giving Ippo his first loss and Date moving on into the World Rankings in hopes of fighting Ricardo Martinez, Undefeated Featherweight Champion of the World).  Ippo and Sendo clash with Ippo using the combination of Liver Blow, Gazelle Punch, and the Dempsey roll to take him out and secure victory.

With Kamina dead, the Gurren Brigade has no choice but to continue the fight against Lord Genome in with Rossiu as the new pilot of Gurren and Simon in his usual spot.  In a moment of self-reflection Simon realizes exactly what Kamina is trying to tell him and honors his “Bro’s” memory by believing in himself and his ability and recognizing that no matter how much he loves Kamina he has to be his own man.
This is one of the greatest scenes ever simply because it shows the point where he becomes a man.  He no longer is worried about believing in his Bro who believes in him, but becomes someone who believes in himself.  Simon learned that while his friend is dead, his memory will remain and the best way to honor that is to believe in himself and value all that Kamina was.
#1 – Rei, Shinji, and Asuka vs Sahaquiel (Neon Genesis Evangelion 2.22)
Spotting a new Angel, Misato does not know the exact location it will crash to, but knows that it is a massive bomb that will cause insurmountable damage to Tokyo-3 if not dealt with.  Evacuating the area and releasing all three Evangelion Units, Rei Ayanami, Shinji Ikari, and Asuka Shikinami must destroy the Angel before their Eva’s power runs out (5 Minutes).  They are victorious through sheer determination and a combined effort by all three “Childs”.
To me this is probably the most epic scene in all of Evangelion.  I love how it was completely re-did in 2.22 and honestly the English Dub is not bad in comparison to other dubs.  I love how you have everyone helping out in order to combat this Angel: Shinji using his AT field to stop his approach, Rei reaching through the AT field of the Angel in order to grab its core, and Asuka using her combat prowess in order to destroy it and render the threat null and void.  Not only that, the music in the background, how they approach the Angel, and the sheer pressure of the very lives of all of humanity on the line make this my favorite epic anime scene ever!
[ The Verdict ] 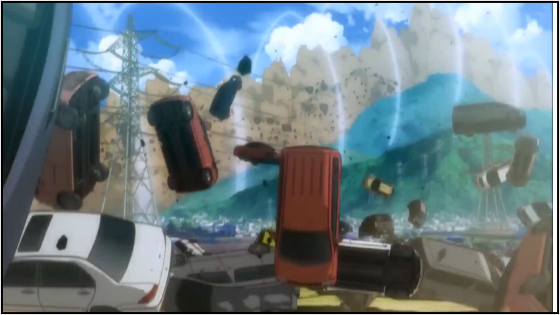 While we all have different opinions on what is “Epic” and what is not, we all have them.  Today I wanted to take the time to share with you what I thought was the most epic scenes in all of anime and to tell you exactly why I thought them to be so.  I hope you enjoyed what I have shown you and if you have not watched any of these anime you will be motivated to go and check them out.
Arigatou & Sayonara!
SHARE:
RATE: