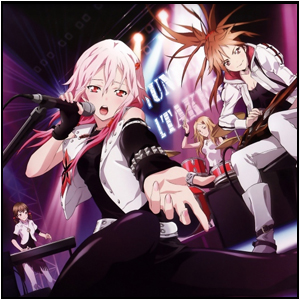 Top 5 Tuesdays is a series that focuses itself on my top five anything on a given subject that is directly related to either anime, gaming, or manga.
AMV’s (Anime Music Video) have been around for some time and as a big fan of anime I have seen MANY.  There were some really good, some really bad, and some that were in between.  However, there are a few that stood out. I find myself always going back to watch them because they were so well made and carried such emotion that they just stuck in my mind.
Today for my Top 5 Tuesday I will be sharing with you my five favorite AMV’s of all-time and tell you why I love them so much; I am hoping that you think they are just as great as I do!

What is an Anime Music Video?

Anime Music Videos are not that much different from normal music videos, except for the fact that there is no lip syncing involved (We could argue that sometimes it does not fit the theme but most times we have videos that do not make sense with the song they go with in mainstream media anyway).  They take a song and then put clips from one or more animes together with music that creates a certain emotion that normally goes with the theme of the anime or the character it is depicting, though sometimes they also pick anime to fit the theme of the song.

Well, without further ado, I am going to give you these Anime Music Videos that I love so much and have provided me with entertainment over the years.  Hopefully you will find them just as entertaining and enjoyable as I have and will pass them on.

This became one of my favorites because I have always liked this song by Sir Mix-a-lot.  Not only that, they just blended up the animes so well that it you can acknowledge the skill present and sometimes ignore the ecchi-factor because the only thing you want to do is laugh.  It features different anime from Golden Boy, Fooly Cooly, Great Teacher Onizuka, and more.

My favorite part about this video has to be the part that starts at 1:09 where Spike Spiegel is asking everyone, “Do their girlfriend got the butt?” and Ranma replies with a “Hell yeah!”.


I first remember seeing this on Winamp and was absolutely amazed by the amount of epic produced by this AMV, and was my favorite AMV for quite a long time.  This is using the song “Rhythm Generation, Red Monster Mix” and includes a well put together piece of various anime; often times looking like they actually intersect with each other by showing someone kicking and then someone being kicked in another anime.

I think the thing that most significantly impacts me is the good use of high-level movement present, not only that but the camera angles that go in-and-out or are simply rotating around in a circle.  Also, rapid colors, flying and everything else.  The anime featured are varied: Battle Angel Alita, Dirty Pair, Sailormoon, and more.

My favorite part starts at 1:59 and shows the women dancing (I do not know the anime) because it is perfectly timed to the beat before it cuts to the next scene.

I remember seeing this at the exact same place I say Rhythm Generation; and I thought the song was pretty good and later on went to find that it was Gel by Collective Soul, which is really awesome.  I think the most amazing thing about this AMV is how it seems like a lot of random scenes that do not go together, but they have hints here and there of synchronization and that it relies mainly on the fact the art style of Armitage III fits well with the music they chose.

My favorite part of this video is the part directly before 0:51 where she punches the guy and her shades gradually shows her face until both eyes are visible, showing how happy she is that she knocked dude out…beautiful.


I actually did not know this was a song done by the Lonely Island from Saturday Night Live.  I had found this video because I really liked Beatrice and had just finished my review on Umineko no Naku Koro Ni.  I was laughing incredibly because it was lip synced well enough that you can see them saying it, but what makes it so golden is Beatrice’s facial expressions.

I actually have two favorite parts.  My first favorite part is in the very beginning that starts at 0:18 when Battler says, “Damn Natatlie, yous a crazy shit”, and the look on Beatrice’s face when she says, “Shut the fuck up and SUCK MY DICK!”.  Elegant.  The next part starts at 1:41 which is the bridge  when Battler is singing.


This is by far my favorite video for AMV’s.  It is lip synced the best of any AMV I have ever seen, not to mention the fact that they are using a song by Rammstein called “Engel” which means “Angel” in German (Also, before Asuka’s last name to changed to Shikinami it was Soryuu, and Asuka herself is German).  If you know anything about the anime Neon Genesis Evangelion, you know they fight enemies called “The Angels” which goes perfectly with this.  Not only is the opening genius, but he scenes when there is barely any music and they show Asuka trying to get Unit 02 back into action is incredible.  Overall they did a superb job and this is probably the most well known AMV’s because of it.

My favorite part is the first 0:46 seconds before anything is actually sung, this is what sets up for the greatness and is easily the best opening they have done in a AMV in my opinion.

You have just taken a peak at my favorite Anime Music Videos and got to see what I like to watch in my spare time.  These are, without a doubt, the best made in my opinion.  While there are many others that are incredible (Like this and this for instance), these are my absolute favorites.  I believe they are the pinnacle of AMV engineering and what all AMV creators should strive to do with their own creations.

Well, these were my absolute favorite AMV’s, thanks for reading!  Sayonara!