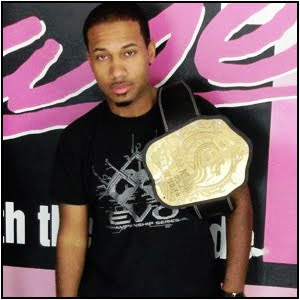 Fighting games are back and are bigger than ever. Streams, tournaments, sponsorships, and large cash pots which include money from the developer of that game shows just how mainstreams fighting games are becoming.
PerfectLegend is no novice when it comes to fighting games, having been part of the scene for many years. However, many of us are able to see and know who he is for the first time because of the large jumps the Fighting Game Community has made.
Come with me as I ask this 3-Time Evolution Fighting Game Champion about his thoughts, approaches he takes on his games, and ultimately what has driven him to become one of the best players in the world.

Really? Twice? Who is this guy?

My first introduction to who PerfectLegend was first came during the opening months of Mortal Kombat. He made himself out to be a pretty dominant force, but also his character was notoriously broken (Justin Wong had previously taken the Mortal Kombat Nationals with Kung Lao).
Me not really caring for Mortal Kombat in combination with the character allowed me to easily dismiss the finals for Evolution 2011, however he forced me to acknowledge his presence by turning around and winning the very next year in the same game with the same character that was nerfed…I was astonished by it. Reaching out to him, he agreed to do an interview with me. I was hype for the opportunity to speak with the dominant force in the Mortal Kombat scene and inquire as to what makes him tick.

In the interview I wanted to ask questions that pertained to his training method, thoughts about the longevity of Mortal Kombat, and other miscellaneous things that has to do with himself and his visions on the Fighting Game Community. This interview is 20 questions long and I hope that you all enjoy it! (Oh, also, give my FaceBook a like if you would, thought I would throw that in there, lol.).

Lots of interesting things came to my mind after going through this interview with “PerfectLegend” Carl White. I had no idea he was not sponsored, especially have three Evolution wins, the most of which are recent back-to-back in the same game, which is a rare achievement. No idea he knew how to dance and was going to seriously undertake in a career doing it, nor did I know he would definitely show up to show out if Dead or Alive 5 is on the Evolution 2013 bracket.

From this interview I can also tell that he is a very proud player who puts in a lot of hard work in order to win, but also that he is probably at his best when people are openly thinking he does not have what it takes and he happens to prove them wrong (Though, no idea why people said that because even a bad player with a top tier character cannot possibly win a Evolution Final). I hope that you all enjoyed this interview and gathered as much from it as I did about Carl “PerfectLegend” White and his views on fighting games and his ambitions for the future as a 3-Time Evolution Fighting Game Champion.

Thank you for reading, Sayonara!

One Reply to “PerfectLegend: Interview with a 3-Time Evo Champ”