Playing catch-up on something is never fun, unless the thing we are talking about just so happens to be an anime.  I have finally watched “Akame ga Kill!“, the newest anime everyone saw fit to go completely bonkers over.  However, is the anime as good as everyone says?  Or was this simply another anime that was hyped up for shallow reasons while the core of it actually lacked substance?

Find if Akame ga Kill! stacks up to the hype with my in-depth review after the jump. 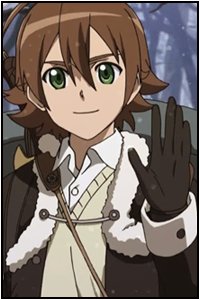 What is this Anime About?
Tatsumi and his two friends (Sayo and Ieyasu) head towards the capital, their aim is to make enough money to keep their poverty stricken village from going poor.  However, things take a turn for the worse as both of Tatsumi’s friends are killed by the sadistic people that live there, learning him the harsh lesson that sometimes people can be more frightening than even A-Ranked Danger Beasts.

Not long after avenging his friends’ murders, Tatsumi is persuaded to join Night Raid, a group that is part of the Revolutionary Army Resistance.  He is now learning the ways of an assassin in order to free the capital of its corrupted government core to ensure the fate that happened to his friends befalls no one else.  Blood shed, tragedy, and plot twists await!

Akame ga Kill! is pretty straight forward in telling you about what the main character wants to do from episode 1, that is to help out his poverty stricken village with the aid of both of his friends.  A rather simple goal of joining the Capital Army is turned on its head by the end of episode 1 during a daring plot twist, opening up the true path of this series and revealing how corrupt the core of the country’s monarchy is.  You can say the main theme of the entire show is attempting to right the wrong-doings of the corrupt organization that controls the country through means of a coup d’état.
The flow of this anime is actually not too bad, but there are times where things seem to progress a bit more slowly than they should, but episodes in general feel as if they serve some sort of purpose and are preparing us for something down the line that will be pivotal to the overall plot of the series.  Do not get me wrong however, I feel like some missions they undertake are merely for the sake of character development while not being intricate to the plot directly, but will come into place at a later date for dramatic effect whilst accelerating the events of the current story arc (such as Tatsumi’s opening training missions with each of the individual members of Night Raid).  The pacing is enough to keep you interested, and anticipation of what is going to come next help smooth over some of the rougher areas that will come to be appreciated later.  With that being said however, there are rough patches, primarily episodes that do not involve direct confrontation with our combatants (too much talking, not enough killing), which is the highlight of the whole show.  As I said however, it will be necessary for you to see that bond taking place for later.
The plot is pushed along by each side (The Capital and The Revolutionary Army) having its objectives, and by utilizing high-level operatives (assassins who use Imperial Arms) to help see them through.  These individuals and their goals seem to align enough with their respective sides’ motives for them to continue along the path tasked of them, which is the most important piece of the entire development of the plot.  However, it is bad that we are waiting to see what happens with the characters more than what will actually happen to the country itself, even during the final episodes of the anime.  I would have actually liked to see the heads of the Revolutionary Army resistance and more concern for what the country has become in order to feel like a rebellion was needed.  I still feel, even having watched the entire show, that taking out some individuals and simply changing the King’s perspective would have been enough to avoid a full frontal war and achieve the same goals.
In conclusion, the whole plot is very typical of what happens during a revolution.  The people feel oppressed and want change, they form a force that stands up to the tyranny of the government in an attempt to establish a new order where everything is fair.  A new government with the people’s needs taking the forefront without ulterior motives is the ultimate goal of the resistance.  This ideal is executed decently enough to get the gist, but it could have been a lot better.   We often see the forces of The Capital without much in way of the Revolutionary Army until the near ending episodes of the series.  On top of that, earlier episodes Night Raid also acted as a mercenary group that takes money from citizens in order to correct wrongs that have been done to them and to purge their upcoming new rule from tyrants when they should have been happy to do this without payment.  I feel like most people were doing it for themselves in the end and not necessarily for the good of the people, making it feel as though the plot takes a back seat to the actual character development.  So, while I understand what they were going for, they could have did so better.
Character Development & Impressions
This is one of the few anime that are unforgiving with its characters, the most recent in my memory being Shingeki no Kyojin.  Akame ga Kill! does not hold back with the killing of any and everyone, so the best advice that I can give you is the one piece that was given to me, “Do not grow attached to anyone“.  I mean it, you will never know who might have had their last episode as this series does not play favorites to anyone.  With that being said however, you will come to learn a lot about everyone, including the enemies.  Though, you never really come to learn much about the main antagonist, which is probably why they are judged as a “true evil” villain.

Most characters within this series are merely fighting for their own cause, they do not really have a side that is purely good or evil because that depends upon perspective.  This anime series does a really good job of showcasing the human side to characters that can kill without a moment’s notice by showing that they are only doing what they feel is right.  Looking back at real life, countries participating in holy wars and even the involvement of some countries in other’s conflicts, it all deals with who we believe to be right or wrong.  Obviously people who are participating on either believe they are right and have a just cause, so what determines who is right or wrong?  Who wins and claims the right to record history as its victor.  I feel like we even have a character which completely embodies that, that only the strong will live in the end.

The back stories they give out for each of the characters only enforce the fact that they are not entirely evil for what they do, but the act of actually committing murder shows that they are not completely innocent either.  Most back stories are actually well done and show people from different walks of life fighting for the cause they think will aid others, but in the end it is also merely for themselves.  I guess it also shows a more authentic human side which is that, while we may do things for the benefit of others, we do things for our benefit first and foremost.

In the end we know that there is an absolute evil and an absolute good in the way the characters are dictated, and this is why we are able to come to terms with how the anime actually ends.  However, you do wonder if some of the deaths were necessary if the enemies of the obvious heroes knew what was going on being closed doors of their own cause…but I suppose we can attribute that to either side.  One has to wonder if the oblivious nature of some individuals lead them to be fighting for or against their current objectives.

By me trying desperately to analyze the plot and the characters, I did not really tell you about a couple of things that I feel would fit better in a section away from those two.  The two main things I want to focus on are the fights and the use of other genre elements to ease some of the tension found within this anime.

Fights are pretty good, while you have to ask yourself about how some enemies have guns in the era in which Akame ga Kill takes place, you would also have to question other things about the universe (such as demons, enormous monsters, etc.).  While some fights are a pure test of skill and are nail biters, some are done with trickery and scheming to make the best of a bad situation, finally some are done with incredibly outlandish weaponry and technique that you do not know what will happen next (the end of the anime especially).  The main attraction of this series is actually the battles that occur between assassins, the fact that it is so good proves why everything else in the series can be seen in a better light.

Besides the incredibly good fights, Akame ga Kill! offers bits and pieces of other anime genres that are specifically used for comedic effect.  While not used in a lot of instances, we see bits and pieces of a slice-of-life and ecchi comedy varieties.  I guess the manga-ka as well as the animators realized that this anime can be a lot to take in, they offers us tidbits of laughter and humor to keep the series from feeling darker than it already is.  I applaud them for this merely because it fits so well within the theme of the series, even setting up a recurring event for one of the main characters that turns into sadness later.  Classic. 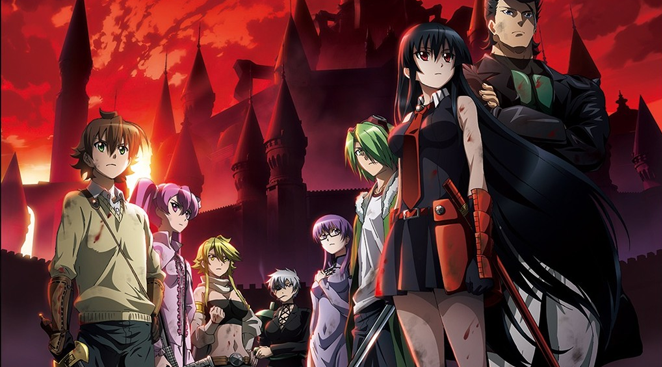 STRENGTHS   – Insane plot twists, Lots of action and heartbreak, Memorable characters, Ruthless display of how a rebellion works from both sides.

WEAKNESSES   – No back story on the main antagonist, No information on those that drive the main force of the protagonists,

Akame ga Kill! proved to be one of the most entertaining anime that I watched in 2014, you never knew what was going to happen next and you feared for every character that you have held dear.  While I believe the ending of the anime suffered an unnecessary loss for dramatic effect, most other things were done in a fashion that kept fans on the edge of their seat.

I liked how, even done to the last horrible detail, we saw what happens when a rebellion happens.  We got to see those of the revolutionary army rise up in arms against a tyrant government, while watching what happens when a monarchy tries to suppress a coup.  We get to follow along the ride of a group that is directly affected by this struggle and put their lives on the line for a tomorrow they can believe in.

I recommend this anime if you can stand the gore, heart break, and ruthlessness this anime brings.  Do not get attached to any character, any episode could wind up being their last… good or evil.  Thanks for reading my review for Akame ga Kill!