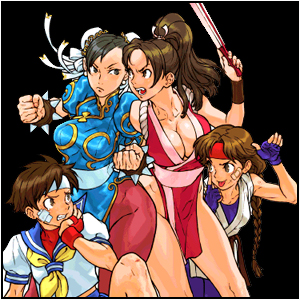 In order for the Online Multiplayer to succeed if they are to implement it into the system, I figure we need a couple of things: All the basics of the other fighting games, Online Pair Play, and the ability to host and watch tournaments online in real time.

The first is all the basics of other fighting games.  This would include Replay Mode (With rooms to invite friends to come watch saved Replays with you!), Online Practice Mode, Lobbies with Spectator Mode, Player Match (WITH A REMATCH OPTION), and of course Ranked Match.  I feel like all of this is self-explanatory and something included with titles like Street Fighter x TEKKEN and Super Street Fighter IV.  These are things that would not be hard to implement with everything CAPCOM has done in the best, especially with an older title that does not require as much data being sent because of updated graphics (Then again, maybe they would not want to risk going so big on a game that would probably be released for 1200 Microsoft Points ($15) because it may be fairly expensive to include all of those titles).  However, if they want this game to truly succeed and everyone to purchase it, you must have at least all the basics down and covered.

Next off is the Online Pair Play.  Be honest, we all love to throw down against our buddies but we love to team up with them and kick someone else’s ass even more.  Teaming up with my “Eternal Rival” RaS the Riot Trigger, humble sensei Deg222, and ex partner-in-crime DynaDASH in Street Fighter x TEKKEN (You can check our recorded matches  HERE and  HERE) was more fun than I had in quite a long time and proved teaming up can be a lot more fun.  If they made it where each player had 2 Ratio they can pick from (Either one Ratio 2 character or two Ratio 1 characters) it would provide an incredible experience and since it is 1-on-1 and not tag like Street Fighter x TEKKEN, we would not have syncing issues.  Overall, this would provide the MUST HAVE fighting experience for friends teaming up.

Last but not least the ability to host and watch tournaments online in real time.  It would be cool to join a tournament-in-progress and be able to watch the festivities of opponents fighting it out online and be able to host to do the same.  Also, they could hold special things where you have to win a tournament a certain day to get a certain title or maybe an online rank for most tournaments won, even “Pair Tournaments” where you and your friends go online and fight to see who is the best tag team; who wouldn’t want to play something this immersive?

All-in-all, I think these options included in the multiplayer would provide the best experience for this game and make it the must have Playstation Network and Xbox Live Arcade game for fighting gamers. 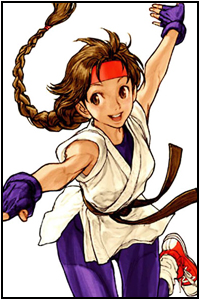 Undoubtedly this even getting a release is a very good thing for everyone since it could spell a HD release and possible sequel for CAPCOM vs SNK 2; but at the very same time it could merely be a re-release without any upgrades, challenges, or online and present a very lackluster experience for those of us who cannot participate in our local offline scene.  I think it would be wise for CAPCOM and SNK, if they are preparing to launch a sequel to this massive crossover series, to pull out all the stops to get the most bang for their buck, because I am already ready to throw my money at the screen if they give the full makeover a green light.
Thank you for taking the time out of your schedule to read this article on CAPCOM vs SNK 2: Millionaire Fighting 2001 カプコン バーサス エス・エヌ・ケイ 2 ミリオネア ファイティング and my thoughts and opinions on why it should receive the full HD treatment.  Arigatou and Sayanara!
SHARE:
RATE: