Viz Media is announced “Seraph of the End -Vampire Reign-” straight from the pages of the prestigious Weekly Shounen Jump, where it is currently serialized in their ongoing publication.  This series is done by illustrator Yamato Yamamoto, story by Takaya Kagami, and storyboards by Daisuke Furuya; It will now be making its debut in digital and print media as of June 3rd.
Seraph of the End -Vampire Reign- is a tale about a catastrophic epidemic where the future seems bleak, humanity has had all of their adults killed off leaving their children to be enslaved by murderous vampires.
You can hit the jump to see the full press release below, as well as the full cover art from the first volume in the series.
Press Release
After trumpets of the apocalypse proclaim the fall of humanity, vampires arise from the shadows to rule the earth. Yuichiro wants just one thing – to get revenge by killing each and every vampire. Yuichiro’s dream is near-impossible, given that vampires are seven times stronger than humans, and the only way to kill them is by mastering Cursed Gear, advanced demon-possessed weaponry. Not to mention that humanity’s most elite Vampire Extermination Unit, the Moon Demon Company, wants nothing to do with Yuichiro unless he can prove he’s willing to work in a team – which is the last thing he wants! 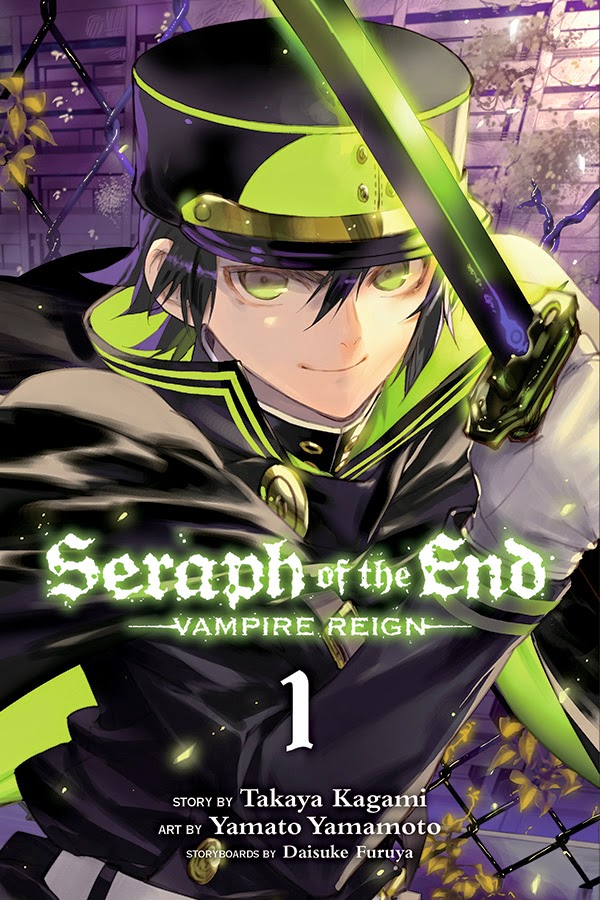 RoK the Reaper Site Update for September 2014
How Anime has Influenced my Life
1st Episode Impressions – Re:ZERO -Starting Life in Another World-

【DBFZ】Android 21 [Lab Coat] Announced & What That Could Mean