When I first laid my eyes on Titanfall’s debut trailer, I was left with my mouth gaped in absolute awe.  I had wanted a game that embodied the true spirit of giant mech combat while not being limited to being exclusively inside one, like Armored Core.  I bought my Xbox One just to play Titanfall and I was not disappointed by what Respawn Entertainment delivered, not in the least.  I was anxiously awaiting Titanfall 2 and it was announced this year!
I recently played the Multiplayer Tech Test that they held which is supposedly a “Pre-Alpha” build of the game (which makes no sense since it is coming out in October, only 2 months from now).  I was left absolutely disappointed by what I experienced and all of my hype faded away instantly.
How did things go so wrong? The first thing I really want to go over is the “Training” option that was available.  Now, the original Titanfall did a very good job of training you over everything you needed to know so that when you got into the game you were prepared for what you were going to face.  They covered movement options (both on the ground and inside the titan), weapon options (against pilots, grunts, and titans), ability options (for both the pilot and titan), and titan options (both inside of it and outside of it).  It was pretty straight forward and covered all the mechanics.  This was not the case with Titanfall 2’s training that was present within this multiplayer technical test.
The training that we saw covered in the Titanfall 2 Multiplayer Technical Test included movement options, gun options, and nothing for the titan.  You would think that with them changing things so drastically from the original Titanfall, and the fact that those who were Playstation loyalists did not get a chance to experience the game at all if they did not own a PC, they would do well to tell everyone everything they would need to know.  Sadly, they did not.  This is just one of the big reasons this game was a disappointment to those who had played the original game.  Veterans who played the game expected one thing and were greeted harshly by another; expecting a mechanic to work as they remember and then quickly finding out that has been rendered obsolete.  Respawn covered absolutely nothing about the titan, which is supposed to be the key aspect of the Titanfall series (I mean come on!  It is in the name of the game!).
A lot of the things they missed about a training pilots to titans is how they operate as a whole.  Earning them is completely different, how they work in fights is completely different, and bigger core mechanics like “Rodeo” have been completely re-worked from their origin in the original Titanfall.  I mean, I had no idea until I called in my third or fourth titan that electric smoke is now standard on every single one of them.  This is something that should have been covered in training.  The game could have possibly been more enjoyable for the majority of people if they gave everyone the complete training before they jumped into the game whatsoever, or at least so that people who were fans of the original game would know what changed and how to address certain things that came up in the midst of gameplay.
All-in-all, we might see something bigger and longer, more extravagant and detailed when Titanfall 2 is finally released.  Unfortunately for Respawn and many players, they seem to focusing more on Pilot vs Pilot action and deem it more necessary to focus on playing well at that level rather than accommodating those who depend on titans.  Ridiculous, but that what happens when they attempt to make it appeal to a “broader audience”, which is more than likely pandering to the typical first-person-shooter genre crowd (also known as “Call of Duty fans”).
Problems with the Gameplay 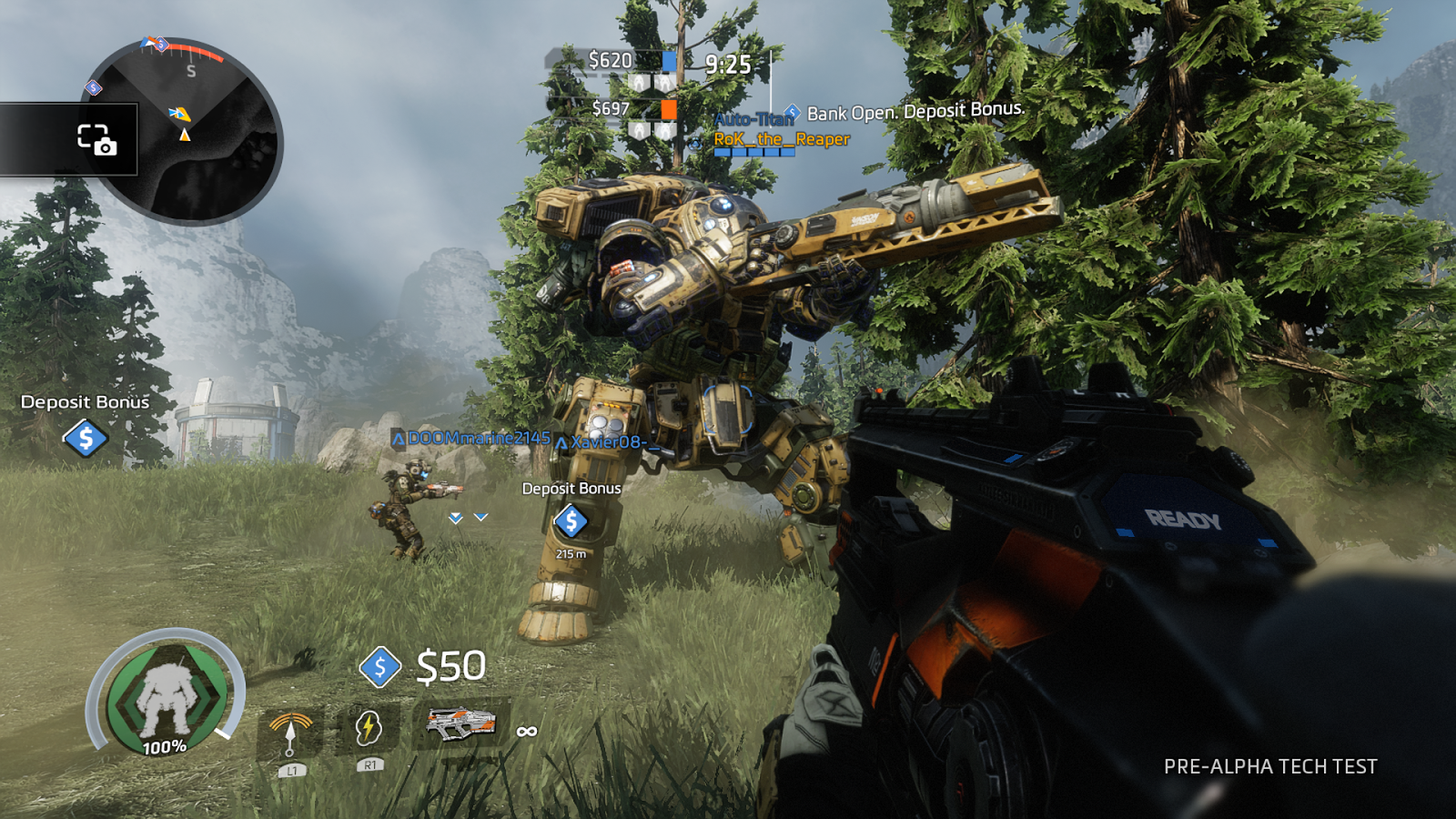 Something I do not want you to get me wrong on, Titanfall 2 is enjoyable on some level.  I did very well on the game and I consistently placed well on my teams during my tenure playing the game.  I managed to drop at least 2 or more titans per game, and I gave hell to those who were my enemies.  However, even with me doing well I did not particularly enjoy the game because it was not exactly Titanfall.

Overall the game play was way slower in all respects compared to the original.  It was nowhere as fast paced, it was not intimidating and chaotic, it was not an adrenaline rush every match.  It was more-or-less a shadow of its former self, weakened to hopefully bring in newer players by making it more accessible to those who want something new, but do not want to stray too far away from a typical FPS.
Titanfall was so good because it strayed away from what a typical First-Person-Shooter was.  It mixed an insane amount of mobility coupled with the fact that giant death machines were walking around and could pop up at any time.  You had to learn how to effective fight within those machines if you wanted to do real damage to the enemy team, but likewise you were equipped with all the tools as a pilot to effective take down both a titan and the pilot inside.  The balance between them both were perfect… now… now so much.
I feel they have essentially taken a massive stepped backwards, something that was even said by many fans and other websites.  They have taken away the core of what Titanfall so fun and instead opted to go for more of a pilot centered game play, which makes absolutely no sense.  Why call it “Titan” fall if we are going to be fighting more-or-less as pilots for the majority of the game and that is what you are so focused on selling?
Respawn needs to delay this game and fix everything that is wrong with it.  I have never seen so much negative feedback from fans of the first one, and I have never seen so much feedback so quickly from those who were anticipating (hell, I am normally not one to write on forums and I felt I was obligated to do my part for this game).  The core game play of Titanfall was so good that we saw a massive increase of their mechanics within every FPS after it, showing that it was on the right path.  Why try to fix something that is not broken?
Things They Should Change 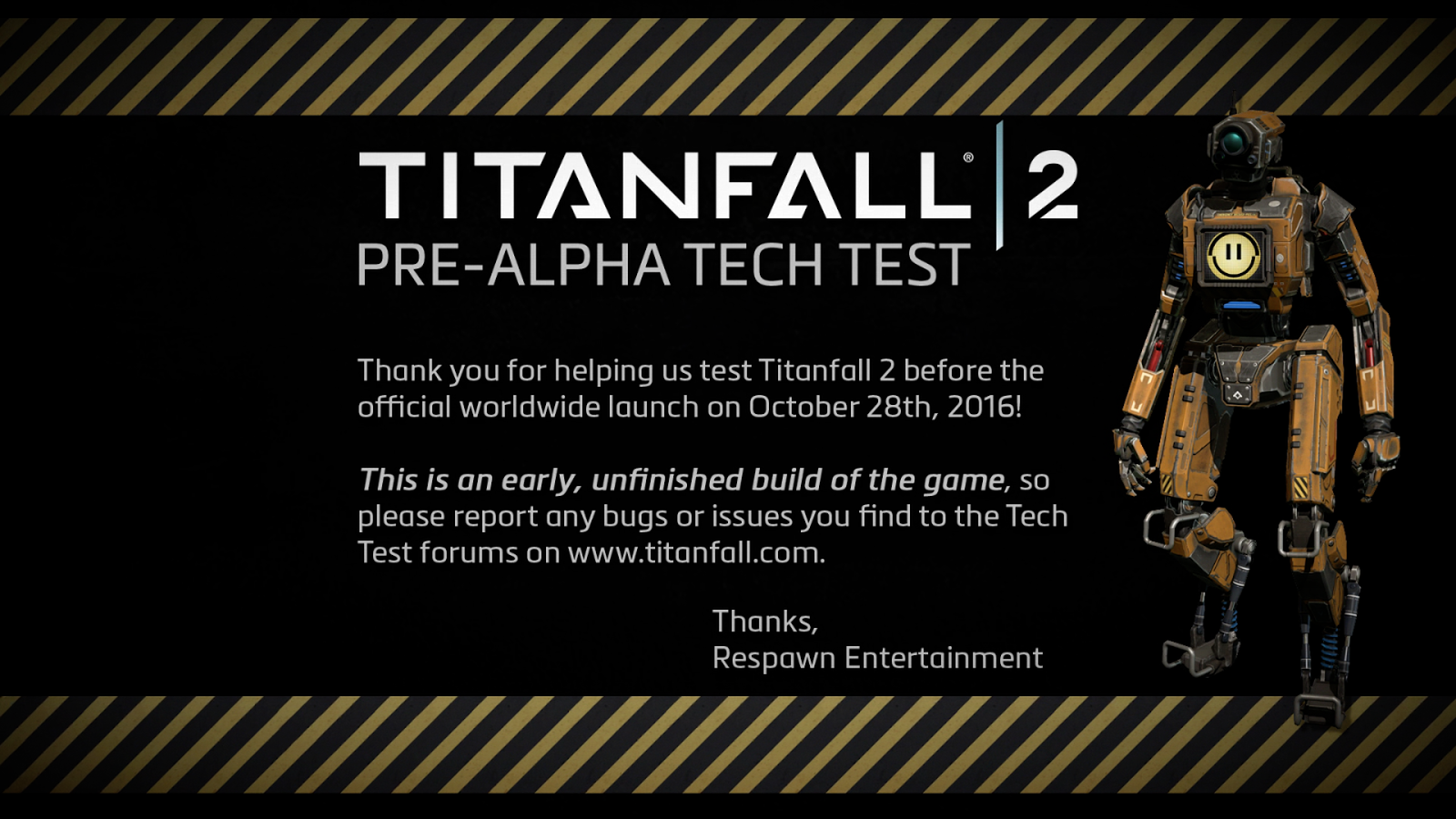 Titanfall 2 is still within its beta (or alpha) stage, but I feel like not many things will change before launch because we only have two months before it drops into stores and the digital marketplaces.  I feel, at its core, Titanfall 2 will remain largely how we see it with a few changes made based upon community interaction.  I feel like they are really dropping the ball on this, and they really lost their identity trying to wheel in a crowd that this game was never meant for.
The original game was something that many people loved; the fast past chaotic action, the titans and their lethality, and the way the maps were designed to complement pilot mobility.  Now we have them attempting to gain the Call of Duty crowd and slow this game down to something that those who will never will truly appreciate will ditch as soon as Battlefield One and Call of Duty: Infinite Warfare comes out.
The next piece of the open beta is tomorrow, and supposedly they have already made some changes.  Hopefully these will change my mind from what I experienced last weekend, because right now I am mourning the loss of a great game.
SHARE:
RATE:

RoKtheReaper.com | May 2018 Website Update
Destiny: My Impressions of Year One