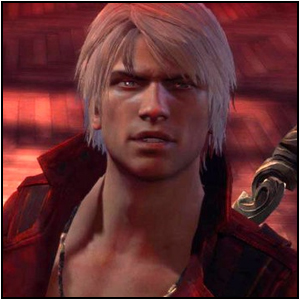 Those crafty bastards at CAPCOM are notorious for their misue of downloadable content, and we already have some for the reboot of their classic franchise DmC: Devil May Cry before the month it released is even over!  Splendid.

In this 320 Microsoft point bundle we are given three brand new costumes: Neo Dante, Dark Dante, and the Classic Dante costume (And my guess is that this was to appease the fans who still are not comfortable with Dante’s new look), each to add a little flair to our nephilim hero.

Downloading and trying out all three of the outfits, I am going to tell you how I feel about each one of the costumes and if this is a purchase you should make or pass up.

This downloadable content is available on both Playstation Network and Xbox Live as of January 30th.  This downloadable content will cost you 320 Microsoft Points or $4.00 on Playstation Network.  You will be getting Neo Dante, Dark Dante, and the Classic Dante costume (How Dante appears in Devil May Cry 3: Dante’s Awakening).  The download on Xbox Live will be 32 MB and will be selectable by selecting the “SKINS/PERKS” options before a mission.

This section is going to have a little synopsis of each costume as well as what I think about each one.  At the end I will tell you the order in which I like the costumes and why I picked them for that specific order. 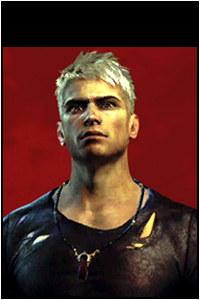 Neo Dante
Neo Dante is shown with bleach blonde hair in a black shirt that is pretty tight and is ripped in certain areas.  He has red bandage-like accessories wrapped around his waist and forearms.  A red sash hangs down from his right hip along with a which runs diagonally to the opposite side.  In addition to this he sports black pants and Chuck Taylor’s converse esque shoes.
I actually used this Dante for a bit because it appeared to be the best looking one during actual combat, but eventually I stopped for the simple reason it looks to “Marvel Super Hero” to me and I miss the coolness of a jacket of some sort.  I think adding regular fingerless red gloves instead of the bondage bands and removing the red straps around his waist would have greatly improved this look. 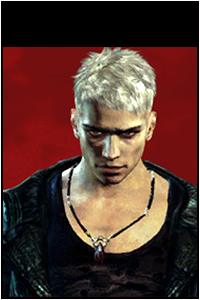 Dark Dante
Dark Dante is shown with paler skin (Kind of like his “Standard” costume) and nearly white hair (It is actually still yellow).  Wearing basically what he always wear except everything is black and features three straps on both forearms and his boots.
This could have been probably the best costume out of the bunch if Dante also had black hair to go along with it, but since they kept his hair white/yellow then they ruined the whole “Dark” look about him and it just does not feel right because of it.  I know they probably wanted to preserve the look he had once the game was completed, but they need to remember that this is a costume and this version of Dante originally had black hair, they should have stuck with it. 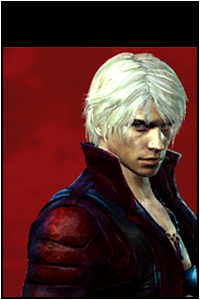 Classic Dante is dressed as the “original” Dante from Devil May Cry 3: Dante’s Awakening.  Features his classic white hair and red trench coat (With no shirt on underneath), including having one sleeve rolled up and wearing black fingerless gloves.

This is my favorite costume out of the bunch, however, there are still some major flaws with how it was presented.  They should have made Dante’s pants bigger and a bit baggy for it to look right.  Also, they missed the little reflective stud things that Dante has on his upper-left shoulder.  Also the hair does not look right on this new Dante, they should have made his hair similar to the wig that fell on his head in Mission #1.  Also, I think it would have been cool to have receive a classic weapon’s pack with this costume that would make Ebony & Ivory, as well as Rebellion and Revenant look like they were from Devil May Cry 3.

NO! DO NOT PURCHASE THIS DLC!

I do not think these costumes are good enough to warrant anyone buying them, and had I known that the original Dante outfit was going to be as bad as it was I would not have even bothered to pick it up to begin with (But since I did I will be rocking that outfit since I am a Devil May Cry loyalist).  But yes, do not waste your hard earned money on this costume pack unless you need that classic costume no matter how badly it was made.

Thank you for reading, arigatou and sayonara!