We are now two days away from the release of the most anticipated game of the entire year, choices and decisions have to be made quickly in order to not waste time once it launches.  I evaluated everything and figured that the class I am going to go with is the Titan, while it is probably the worst in terms of Player vs Player and Solo situations, I am pretty sure that it is most vital class in the teamwork category and will allow me to aid those around me better.  You can hit the jump to catch further explanations.
Also, be sure to check out my review of the Destiny Beta here.
https://rokthereaper.com/2014/07/destiny-beta-review.html
This Class Has My Name All Over It 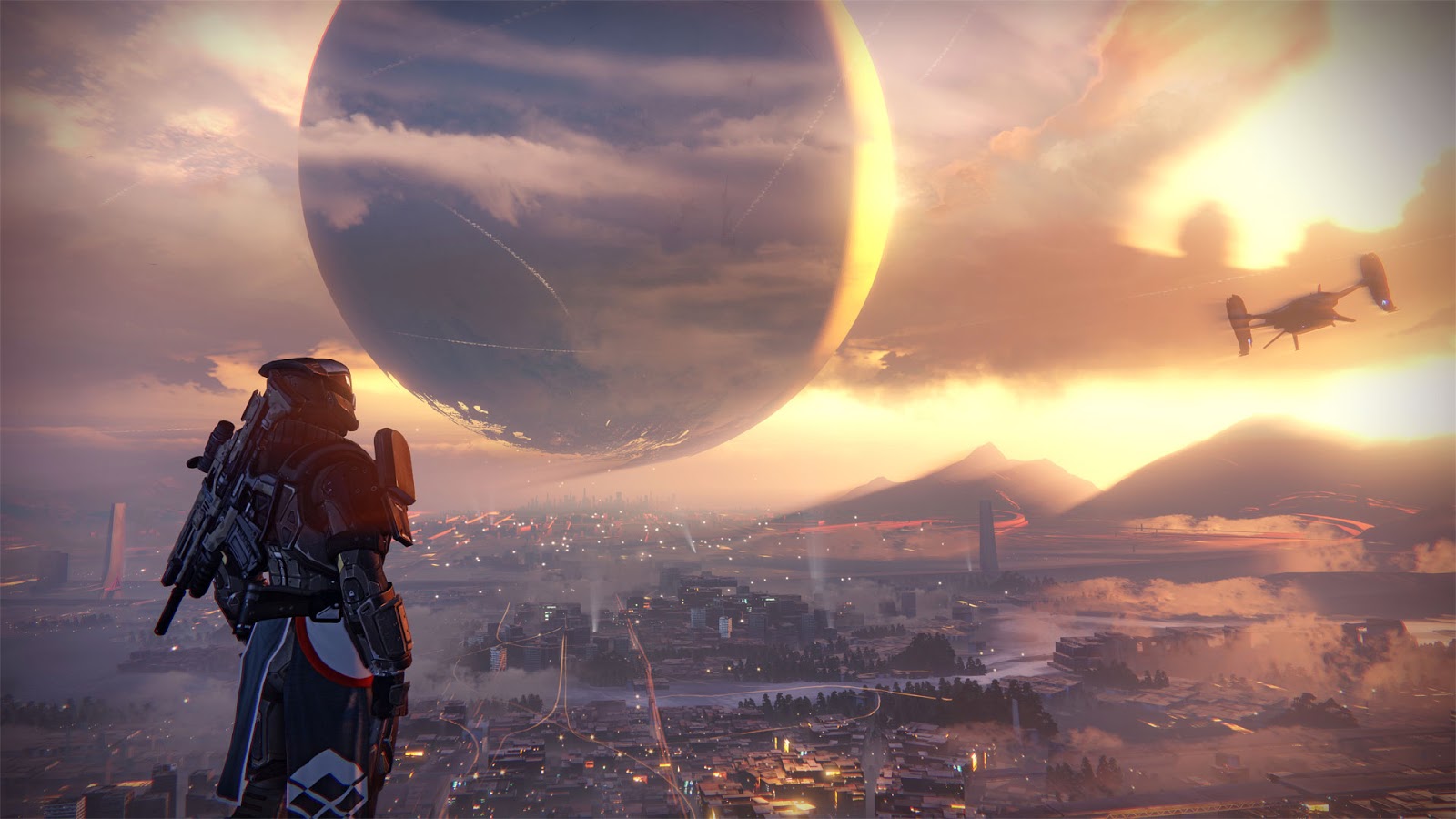 From  my Destiny Beta Highlights video, you can clearly tell that my main character throughout the entire course of it was the Hunter.  I got that Hunter class up to Level 8, the highest you could go into the beta and enjoyed playing it very much.  My curiosity for the Titan class was not sated because I had a feeling of it calling out to me, thus I got it up to Level 6 while seeing it it would be a better fit.  It was not, rather, I did not give it a fair chance because a few stupid reasons.

In most games, I tend to be fond of things that are a bit harder to manage than others and normally have somewhat of a disadvantage at first (Low tiers in fighting games, Harder hitting guns with less stability in shooters, etc.) but can prove insanely strong once mastered.  Titan is a class which is meant to be extremely durable for close range combat, but I have ultimately decided that it is the worse class for “The Crucible” or Destiny’s PvP arena due to it having the only close range super move (And its secondary class that you unlock at Level 15 seems to erect a shield around yourself and teammates, it is not destructive).  I saw this as a weakness and forced myself to not really enjoy it, but truth is that I know this class is meant for me.

The first reason I know Titan is for me is that the class is a complete match for the way I play and the inverse of how my gaming partner, Riot Trigger, plays.  I am always close ranged and intend on fighting the enemy from directly in front of them.  My friend Rasean typically tries to stay away from enemies and shoots them safely and tries not to die.  Me having more defense by having more durable armor allows me to aggro with less fear dying(Since I was dying a lot with the Hunter from those aspects not mixing very well).  Even though Destiny is a game that is suppose to be played in 3’s, I know it will mostly be a dual-effort on the part of me and Rasean, therefore I need a class to play to both of our strengths.  It should also be noted that my secondary throughout the entire beta was a shotgun and his was a sniper rifle, letting you already know the ranges at which we feel most comfortable.

The second reason is  his secondary class’s invaluable ability to protect and amplify teammates while during missions and especially during Raids  (To read more about the Titan’s sub-class “Defender”, check here http://destiny.wikia.com/wiki/Defender).  I am pretty sure that when push-comes-to-shove and everyone is getting bombarded, having the ability to be protected and let your shields recharge will seem magnificent, even more so that you can leave right before the shield vanishes to grant a bonus shield around yourself.  This is why I believe that at some point and time, everyone is going to want a Titan in their party even if they do not plan on playing them (Kind of like some people do not fancy being a White Magician in MMO’s but will never go into a dungeon without a healer).  From the way this class is setup, it seems to really help your teammates by being an up-close, melee crazy, highly protected power house while also protecting them and taking down big groups.  Perfect.

Last but not least is the fact I think it looks cool.  The armor that Titan’s wear seem to be more of the style of Master Chief in Halo or the main character in Vanquish.  It is big, bulky, but it looks cool and absolutely intimidating.  I would like for my teammates to look at me and literally be like, “Well, this guy is a bad ass”.  I really like the little sash that hangs off of the side and is probably the second most distinguishable piece of unique armor aside from the Hunter’s cloak (Which is the main reason I was going to choose that class in the first place).  So, I guess this class fits my style in purely aesthetic value as well.

Overall, I think he Titan is not the best class in the game, but I believe it is the best class for me, which matters above all else.  It is very direct, in your face, and it helps out teammates a lot more than the other classes.  It might suck compared to the others during PvP, but I believe my aim will make up for it and that my armor will make it even more deadly since during “The Iron Banner” my stats will be applied against those who stand before me.  Thanks for reading!