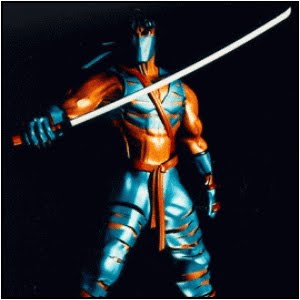 Top 5 Tuesdays is a series that focuses on my top five anything on a given subject that is directly related to anime, gaming, or manga.

Sometimes we love a game a lot and want the developers to further the story or give us a more enhanced experience by tweaking and adding additional content in a new game…sometimes we do not always get what we want, but that does not mean that we want it any less.
Today, I want to give you the Top 5 sequels I want made for some of my favorite games, some of which may never become a reality.  Come see what games will automatically make me empty my wallet if they are announced!
-[ LOOKING FORWARD ]-
There are games that we play that truly make an impact on us, when all others fall into our distinct memory we continue to dwell what we found there.  It can be any number of things that makes us remember them: the characters that make up the game, the story it portrays, or something about the action and adventure, even the memories crafted from the game by the people we play with can make us long for more of the same thing.
A sequel to a game is a chance to have those times all over again and in a different way from the previous experience, giving us bright hopes that the future awaits with the same feelings we loved the first time around, and so we begin to hope.  Well, I want to tell you what I hope for below and hope that maybe by me writing this journal it will shed some insight and maybe somewhere out there will see it and make it happen (Maybe).
-[ RoK’s TOP 5 SEQUELS WANTED ]-

Gaming has always been a part of my life in one way or another, and with it comes favorite games; below are the sequels I want for a few of them.

#5 – Guilty Gear X3
Guilty Gear XX #Reload (ギルティギア イグゼクス シャープリロード) happens to be one of my favorite fighting games ever, and even though I did not quite know what I was doing at that time from being a hardcore button-masher, I still managed to enjoy everything that game had to offer: An interesting and quirky cast of characters, the awesome announcer (Who I feel they should bring back and not the Guilty Gear Accent Core announcer), and an insanely hard boss ( I-No).
I have been waiting for an announcement for Guilty Gear X3, though I hear through the grapevine they have possibly been working on it for years, something official would be nice to sooth my appetite for it. With Guilty Gear X3, I hope they bring back all the original characters in a high resolution 2D fighter like BlazBlue, Skull Girls, or the King of Fighters XIII. However, if they choose to go the 3D route like Street Fighter IV (As one of their producers said), I hope the models are more anime-esque in nature rather than realistic models.

CAPCOM vs SNK 2: Mark of the Millennium (カプコン バーサス エス・エヌ・ケイ 2 ミリオネア ファイティング 2001) is by far one of the greatest fighting games ever made.  The ability to play as different characters from both CAPCOM and SNK, as well as having the different fighting attributes from other fighting games ( C-Groove, A-Groove, K-Groove, etc.) made it very diverse and one of the first fighting games I played that gave me that much freedom of choice.

CAPCOM vs SNK 2 was also the game I played a lot over at my best friends house, it provided hours and hours of entertainment on both Xbox and Playstation 2, those days will not soon be forgotten and I figure the next iteration will usher in quite a lot of joy.  I do not know why this game has not come to Xbox Live Arcade and Playstation Network yet, but I hope that when it eventually does the announcement of CAPCOM vs SNK 3 will not be long behind it and bring the rivalry of these two companies back to the forefront.

Bayonetta (ベヨネッタ)  Is by Platinum Games and Sega (The guys behind the debuting game Anarchy Regins) and is one of the best Beat em’ ups I have ever played, only second by Devil May Cry 3: Dante’s Awakening.  This game was electrifying in ways I had not even imagined with its smooth flow of gameplay and impressive graphics and environments, all while delivering action at a blistering pace and having a heroine who is as stylish as Dante.

The ending of Bayonetta left the series in a way that I feel like it cannot really go on, I mean, when you are able to defeat the creator of the universe what else is there to do?  Though, with some interesting and creative writing they may be able to accelerate the plot forward, no idea where they can go from there.  There were rumors of Bayonetta 2, but some say its canceled and others say it is still being made.  She is in the Beat em’ up game Anarchy Reigns, of which you can watch the trailer HERE.

Devil May Cry is my favorite series of all time, and I think it is about time for them to release another iteration into the series (Please do not talk about Devil May Cry by Ninja Theory, I do not count that as a worthy successor.  Even if this new “DmC” it is considered a “reboot” or “Dante in his younger years”, I do not care for either, I feel they butchered the character).

Devil May Cry 4 took some getting use to, I was only wanting to play Dante so Nero was not well received at first, but eventually he grew on me and I actually prefer him to Dante in that game.  His “Devil Bringer” hand makes for interesting “GET OVER HERE!” fighting mechanic and phrases like “Ha! Slam Dunk!” are easy to remember and you find yourself repeating it.  Devil May Cry 5 should focus on who Nero is, telling his origin, why he has the Devil Bringer, and why Dante said, “Keep it in the family” when he told Nero to keep his twin brother’s sword, “Yamato”. 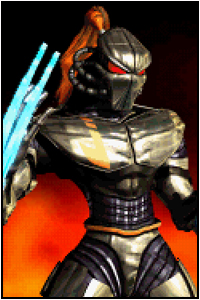 Killer Instinct… my favorite fighting game series of all time and yet it is one of the only few that has not come back.  To this day people are still yelling out “ULTRAAAA COMBO!” and “C-C-C-COMBO BREAKER!‘ yet we do not see something that would be sure-fire if it were to be released in this day and age.  It was bloody, it had great characters, it had combos, and a type of  “paper, rock, scissors” counter attack system that made predicting your opponent very important.

People want this game so bad there have been rumors and talk of a new K.I. since 2009; there is even someone who makes fake trailers for Killer Instinct 3 and has done a mighty impressive job with his efforts…if only they were real.

There is no denying that good or bad, if this game is announced it will be reserved the first day that I can possibly do so and I will be the first in line when it is released.

These games are ones I am really looking forward to if they are ever going to make them at all.  Some of them, like CAPCOM vs SNK 2 have the greatest amount of potential of becoming a reality, while some… like Killer Instinct 3… has all but faded into distant memory.

I am hoping from the bottom of my heart that these games see the light of day and on that day, I shall game as if I have never held a controller in my hands.

Thank you for reading my Top 5 for game sequels that I want.  I’m RoK the Reaper, thank you and sayanara!

2 Replies to “Top 5 Tuesdays: Game Sequels I Want Made”