Karin Kanzuki, a combatant that was first introduced within the Street Fighter Alpha series and Sakura Kasugano’s main rival within the Street Fighter Legends: Sakura comics, she graces us once again as a returning veteran in Street Fighter V.  This character is the very definition of a “Ojou-sama”, being fancy, rich, and believing she is better than everyone else (imagine a female take on Dudley’s personality in Street Fighter III: Third Strike but more arrogant and narcissistic).  CAPCOM chose to introduce this fan favorite at Tokyo Game Show 2015.
Inside of the article you will find screenshots of Karin, her official character art, and the trailer that was shown off at TGS 2015.  I will also give you my impressions of the trailer and how I feel about this character coming back to the fray in Street Fighter V.
[   Official Trailer and Impressions   ]

This is a character I have wanted in since I played her in Street Fighter Alpha 3.  I had figured that Karin would possibly reintroduced in Street Fighter X TEKKEN since her relationship with Sakura mimicked that of Emilie de Rochefort and Asuka Kazama’s within the TEKKEN universe; since Lili and Asuka were teaming up and were polar opposites and rivals in TEKKEN, I figured we would see the same from the Street Fighter side.  To no avail.  The fact that we finally get her now is amazing.  To be perfectly honest, I actually was super excited to see what she was like and afraid simultaneously, did CAPCOM do her justice?  From first impressions, she seems very much like Lili in Street Fighter X TEKKEN, in fact, that could be where they were basing her off of (I did say that those two were very much alike in personality).  However, I want to examine her a little further than that.

Before I get started I do want to note that I really do love Karin’s stage.  The name of the stage is the “Kanzuki Estate”, and while I do not have any formal screenshots to show off in this release, I feel it is the most beautiful stage we have currently seen for Street Fighter V.  They should have made more stages like this, though I do hope we have some soothing or ambient music to make it worth it (they should also include Sakura’s Street Fighter Alpha 3 theme, as I doubt she is in the game).

Something I do like and recognize right off the bat, is she has the shoulder rush that is very typical of those who are practitioners of Chinese Kung-fu (think Julia Chang from TEKKEN) or Bajiquan (think Akira from Virtua Fighter).  You can see this display during the front throw at 0:19 and the shoulder rush at 0:33.  You can tell she is still a “Rekka” based character, but does seem to have moves that can act as combo enders outside of that, such as the move that knocks Rashid up into a juggle state at 0:30.  Also, the move that looks very similar to the last hit of her Rekka combo seems to nullify projectiles (0:27), and is able to cause a juggle state in the corner (0:44).  A few other things that I would be worried about is her seemingly long range poke (possibly crouching forward) which could lead into combos and keep her safe by move buffing, and her cross-up (possibly jumping forward).

As far as her EX moves, she seems to have three of them that were displayed in the trailer.  One multi-hitting attack at 0:25 which leads into a launcher, which she immediately follows up with an EX flying kick attack.  Her EX shoulder charge at 0:37 which leads into crumple state, but since she activated her V-Trigger before using this, no idea if it is specific to that state or not (same can be said about the EX ground-to-air attack she does at 0:45) .

Now, as far as her V-Trigger and her Super goes.  Her V-Trigger seems like it makes her Rekka’s give frame advantage (no idea if this increases what is already there by giving the opponent more block stun, or if it simply lowers her recovery time).  During the display that starts at 0:43, she does her Rekka string and has time enough to back dash and avoid Rashid’s normal before hitting with the last hit of her Rekka string to cause a juggle state, which she follows up with an EX ground-to-air attack.  I was not really impressed by Karin’s super (0:47)as it reminds me too much of Dudley’s Ultra II in Street Fighter IV, “Corkscrew Cross“.  While the typically evil anime laugh at the end was very befitting of an Oujo-sama, they should have gotten more original with its presentation.

Over all, Karin seems like the most fun character to be revealed yet for Street Fighter V.  The character has just the right amount of seriousness I am looking for while also having a joking nature.  While I was originally planning on using Cammy White as my main and using Rainbow Mika as my secondary, I am now heavily considering on using Karin as my first-and-foremost.  She looks too fun to use and she has attacks that I absolute love across all fighting games.  Well done CAPCOM, well done. 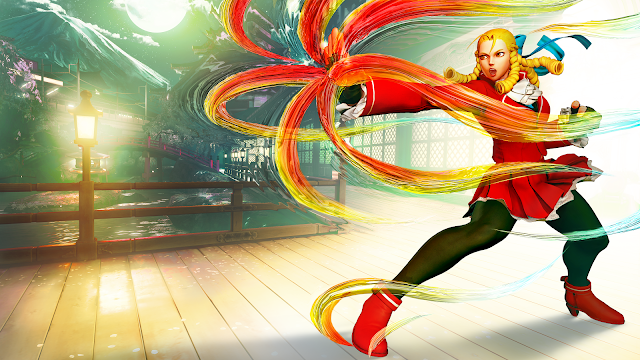 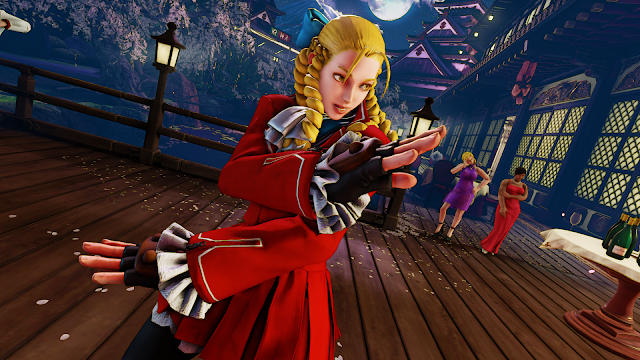 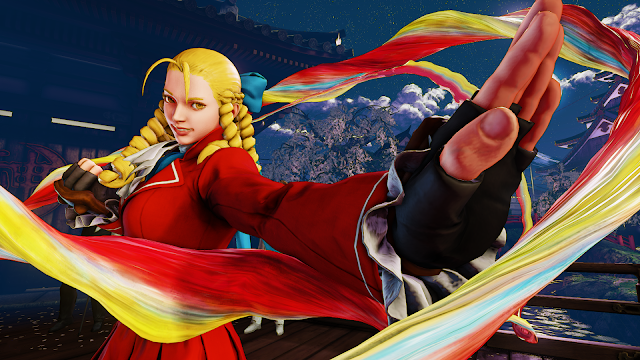 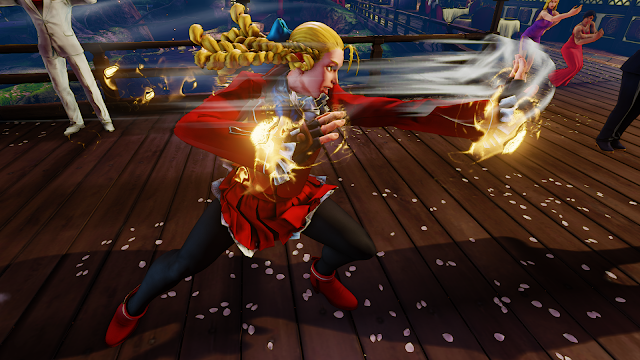 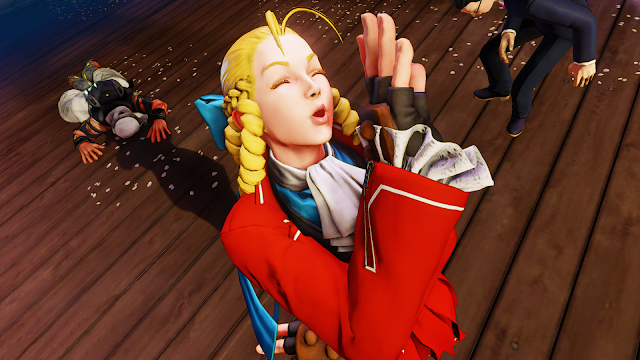 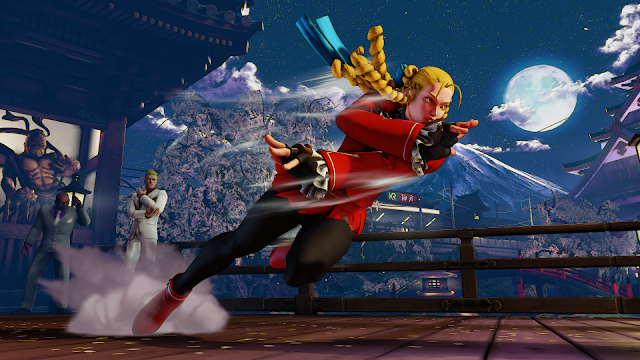 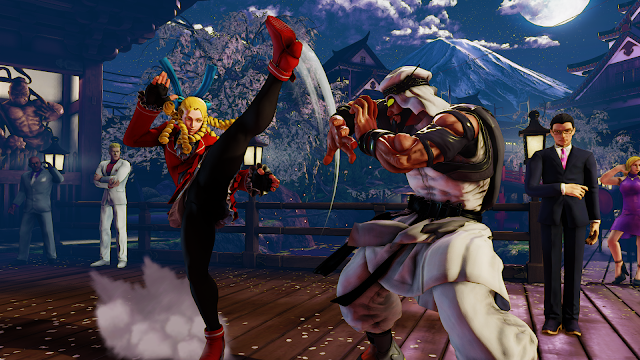 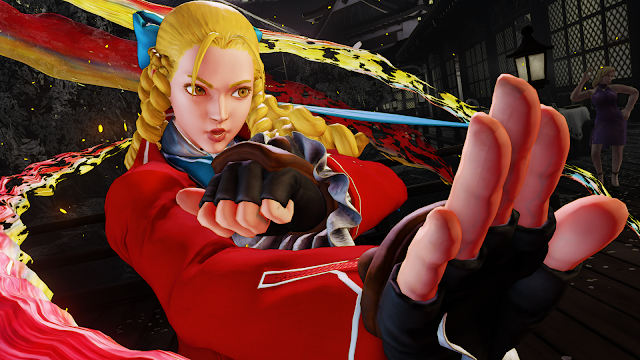 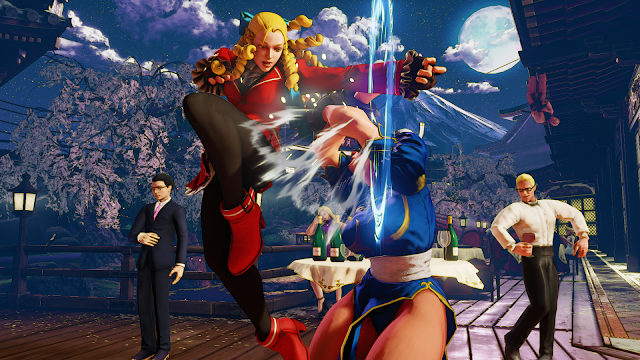 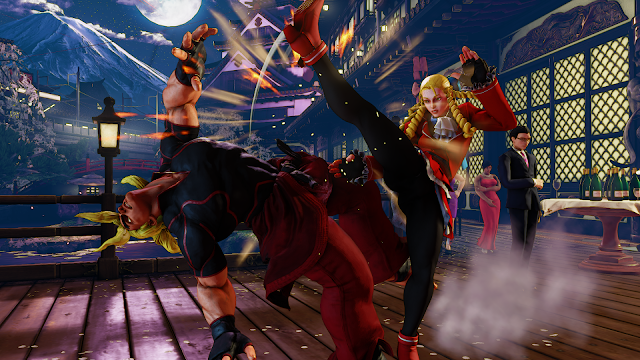 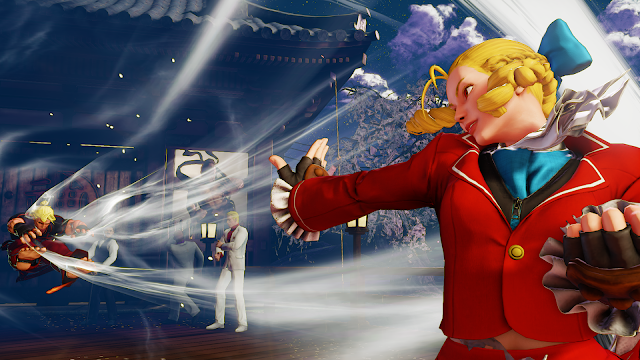 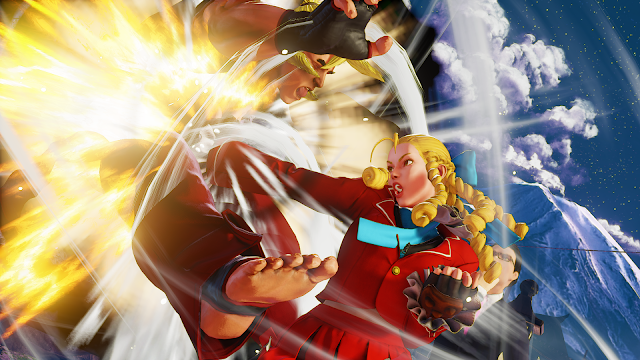 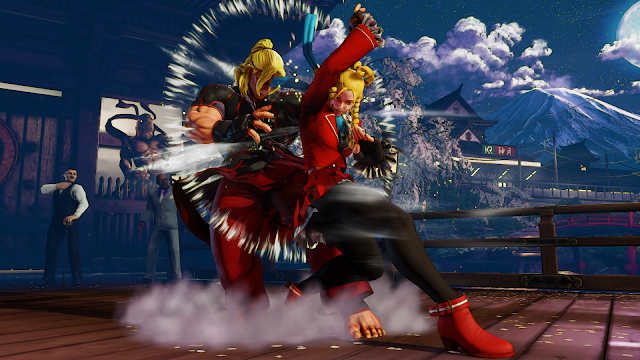