Gaming with your friends can be universally agreed upon as one of the most entertaining and fulfilling things that video games can offer.  We all love teaming up with our comrades to take down other players in competitive environments or to annihilate computer controlled opponents in cooperative engagements.  However, something that is seldom discussed are the drawbacks caused by being accustomed to teaming up with others.
This editorial is going to discuss the issues that we are sometimes faced with because we choose to indulge in our gaming hobby with friends instead of enjoying them solo.  While it seems like playing with friends is all sunshine and rainbows, it is often creating problems that could very well hinder your gaming tendencies if a rift to occur, and often in ways that you are not aware of until it is too late.
Hit the jump for the full article.


The Problems of Gaming with Friends 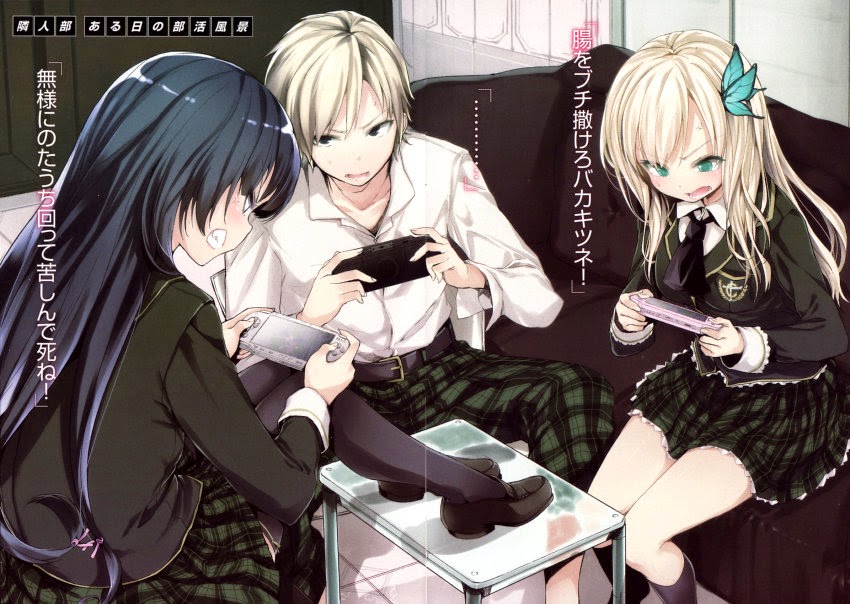 We have all had problems with friend at some point or another, that is nothing at all unusual for anyone.  Maybe someone is upset because a friend deviated from the original plan and now everyone has lost a ranked match of “Search and Destroy” in Call of Duty, or perhaps you got angry because your long-time friend was adamant about bringing in an under-leveled “Warlock” to tackle the Vault of Glass in Destiny and it resulted in repeated hard wipes?  It happens to the best of us and we are used to these types of verbal altercations, but what I want to talk to you about goes deeper than just these petty squabbles based on small gaming differences.  By repeatedly playing with friends in multi-player games and omitting yourself from playing alone, you could be developing issues that you will not be aware of until a rift is created between you and said compadres.

The first thing to consider is the multi-player games in themselves, and maybe you should have multiple groups of friends or also include a back-up plan for playing by yourself.  What happens if you and your friends are going through Borderlands 2 and all of a sudden they decide they are done with playing?  What are you going to do if your entire build up to that point was meant to support the team and your character also is not made for playing without the help of others?  What if you really wanted to play that Mechromancer but you did not because your friend wanted her, now that friend no longer wants to play and you are now stuck alone with that Siren you were reluctant to take in the first place?  Sometimes decisions we make with our friends in mind can lead to bad scenarios later if they were to ever change their opinion on the game.  Make sure you have a spare group of friends playing the same game in case you ever need replacements, or simply make character and upgrade choices with the presence of mind that you may have to go at it alone at some point in the future.

Another item I want you to be aware of is the most basic one, the enjoyment you get from playing by yourself.  When you are used to the talk, laughter, and synchronization of working with like-minded individuals, it can sometimes feel like a lessened experience when they are not around.  You may begin to hate playing by yourself and may even choose to do something else because it is “Not worth it” if no one is around to participate with you.  Your fun and enjoyment of video games is now under the control of those you choose to play with when they should be enhancements to your experience, not the meat and potatoes of that meal.  Basically, your fun is coming from your friends and not that of the game when it should be an even split between both if not more in favor of the actual game.  This type of thing can eventually lead to losing the love of gaming altogether, you will no longer be able to find fun unless you are doing things with your friends and your personal motivation to play is just no longer present.  I find most people (Including myself) have slipped into this slump when we begin to game with people too often and must learn again to play without them being present.

Next on the list is your selection of games and their replay value.  If you are not use to playing by yourself, you may be choosing the games that you will play and will continue to play based off of nothing more than your friend’s decisions on them.  Being the odd-man-out is never a fun experience for those who enjoy being social, so even if you had fun with Street Fighter X TEKKEN or Titanfall it is irrelevant because your friend hates the game and will not play it.  You find yourself converting to their tastes and convincing yourself you are not missing much, you will either never bother to buy the game at all or trade it in because you are now not playing it as much because they decided it was a waste of time.  We begin to lose our individuality in gaming and hate to try out any solo experiences; soon enough we begin to sweep single player games under-the-rug and are only excited for multi-player titles that our friends can join in on us with.  Tomb Raider is ignored for Battlefield 4, We only play Grand Theft Auto: Online and do not bother with the story of Grand Theft Auto V, etc.  As a gamer, this is one of the WORST mistakes you can make because it completely contradicts your love of a game’s substance.  You should consider your friends when choosing a video game, but it should not be the “end-all be-all”, think about your own personal tastes as well.

To say the least, paying with friends can enhance the fun of video games, but it should not be your only reason for playing and/or enjoying the game that you choose to play.  Sometimes as gamers we begin to lose our individuality and the ability to enjoy games on our own, this leads us to depend on others and eventually we cannot play by ourselves and soon lose the love for our hobby that we once hand.  I hope this has opened some people’s eyes to a pattern that many fall into.  While you may love your friends and wish to play with them, make sure you take plenty of time to remind yourself of why you became a gamer in the first place.  Great games can sometime be neglected because they do not include an option to play with anyone else, and we even have great single player games looking for a way to include a multi-player mode out of being worried for sales.  Appreciate everything that gaming has to offer and you will not fall victim to ever losing your passion.