Top 5 Tuesdays is an article series that focuses on my “top five” anything on a given subject of my choosing that pertains to either gaming, anime, or manga.
2013 was one of my most active years watching anime thus far since I finally found the time and opportunity to  be able to do so.  All-in-all it was a pretty eventful year filled with new anime that peeked my interest while delivering exceptional experiences for all anime lovers.
Out of all those series which I had grown to adore, I had a select few favorite openings that I would watch for every single episode of said anime without ever feeling the desire of skipping it.  Hit the jump to check out my favorite Anime Openings from 2013!
A Very Special Thanks
This is an opportunity I would like to take to give a very special shout out to my good friend, Bianca (Or as I call her “B-Bot”).  She is the main reason I am back so heavily into anime and is the very reason I was able to watch so many series and one of the reasons that I had so much fun while doing so.  She is the reason I will be able to make this posting today and she has my appreciation for that.
You see, I worked 10-12 hour days 5-6 days a week at my job during some points because I had to help support my Mother, Uncle, and push my sister through college.  Working and supporting financially can be a big burden on your body and mind, stress easily weighing in and doing its damage.  From this schedule I was always tired and found myself sleeping most of the day at home, so I only gamed when I was given the opportunity to do so because it honestly felt like sitting around and just watching (Not interacting) was a waste of my time, even if I did love anime.  I missed a lot of series and had fallen pretty far from the otaku that I once was.
However, meeting Bianca I was able to talk to her about all things geeky and soon we began to watch anime on the company’s computer in the break room for employees.  We cleared many anime seasons together, including Shingeki no Kyojin, Kyoukai no Kanata, Kill la Kill, and a few others with the most recent being Gokukoku no Brynhildr and Black Bullet.  I had only really watched anime with my sister at that point and I had forgotten how fun it was to partake in this with someone else.  Bianca also watched anime I suggested like Tengen Toppa Gurren Lagann and Soni-Ani: Super Sonico the Animation, while I in-turn watched anime she suggested like Another and Sword Art Online.  She said she also had stopped watching anime and credited me for getting her back into it and she has even gone so far as to catch up on popular series like Naruto: Shippuden, Bleach, and Gintama.  While I do sometimes watch anime with my other friends (such as Outbreak Company with Rasean or Jojo’s Bizarre Adventure with Danier), Bianca was the one who started it for me.
While it might only be a small thing, it makes the stress at my job less of a pain knowing that when break time comes I can watch something good with an awesome friend.  She’s going to be departing soon to another shift, so I wanted to say thanks for all you have done as my friend during our time on the same shift together!
Thanks a lot B-Bot, I appreciate you <3.
The Top 5
This is going to be my posting for Top 5 Tuesday, and while I will be posting my favorite anime openings released in 2013, they do not necessarily have to be anime I really enjoy (Just my favorite openings).  In fact, there may be a few on this list that I have not seen all the way through, but that is all right.  I hope you all will give a look at the series here and provide me with your absolute favorites in the comment section below.

Note – Before I get started I want to list an honorable mention that barely missed making this list (In favor of Sakura Trick).  That 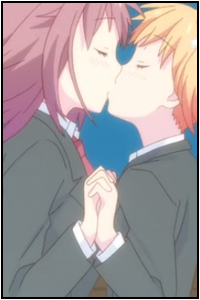 You know, I had never watched any anime that pertained to Yuri or Yaoi, so this happened to be my very first series (I have not finished it yet sadly).  Honestly, it is pretty good and is extremely cute and well done.  Bravo.  I have to finish this series asap and get a review.

The opening is well done because the song is extremely catchy and I really, really like the opening animation and feel.  Honestly, this would probably be #1 on the list if it did not have some really stiff competition in front of it, haha.  In fact, I managed to clear the first episode off of the opening along and downloaded the song to listen to on a regular basis. 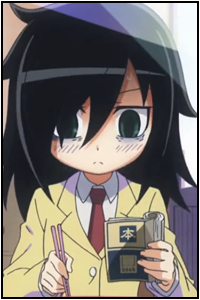 This was my “Anime of the Year” for 2013.  I absolutely loved this series and everything that it had.  I mean, I really feel like Tomoko would be my exact personality had I been born female instead of male, that is exactly how much I can relate to this character.  All right, I know that sounds a little bit weird but is definitely nothing elss than the truth.

Watamote‘s intro was vastly new and refreshing to me, mainly because of how it used screamo inside of its theme instead of a “Pop” type of song.  In fact, it was the only anime besides Death Note‘s second opening that I remember having one of those that I personally watched.  She wants to be a badass despite how much of a social misfit she is.  Utterly Adorable.

Also, be sure to check out my Watamote Anime Review. 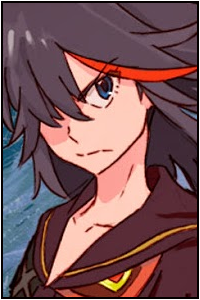 I was quite surprised by the 1st opening of Kill la Kill.  I think that the opening for the song is quite formidable, but I believe that is because the music “Sirius” is really awesome and syncs up well with the animation.

The opening of Kill la Kill expresses what the anime itself is about, but it also shows the over-the-top style in which it is done in.  While the opening cinematic is not really as good as the 2nd season’s, the opening song encapsulates the entire theme of the anime and makes it greater as a sum than it is individually.  Great job Gainax.

Below I am posting the song for “Sirius” by Eir Aoi because I cannot find the opening for Kill la Kill on YouTube (Probably because of copyright issues).  I think this music video is nice because it is simple and straight to the point, not to mention I think she looks very cool singing the song and pretty cute in a way.  Also feel free to watch Kill la Kill to see the opening on either AnimeUltima.TV or KissAnime.com if you cannot “afford” a subscription to sites like Crunchyroll right now  (I understand the struggle).

Also, be sure to check out my Kill la Kill Anime Review. 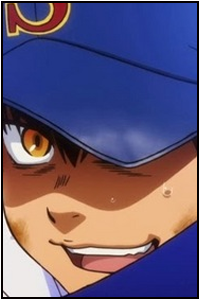 Diamond no Ace is really amazing (It is actually still going strong), and I could not help but be memorized by the first season’s opening song.  In fact, the song was so intoxicating and addictive that myself and about two or three other friends were constantly singing it (Kind of like everyone at A-Kon could not stop bursting out in random singing of Shingeki no Kyojin’s opening theme).

I really do not know if the opening theme for this anime actually fits the bill for it, but I really do not care one way or another.  The sequences are great and the song itself is very addictive.  Go ahead and check the video out below. 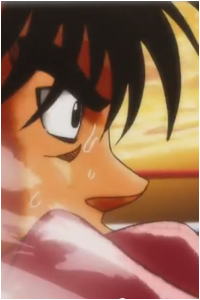 #1 – Hajime no Ippo: Rising
Hajime no Ippo is currently my favorite anime series of all-time.  I absolutely love the passion that revolves around it and the integrity of all the characters involved, especially that of Ippo.  I love how he exhibits a “Never Give Up” attitude, but I love even more how he did not always have that and has constantly evolved into a “Champion” throughout the entirety of the series.

Hajime no Ippo rising does a good job of pointing out what this entire season focused upon, that is why it never needed a second introduction because the one they chose was sufficient enough to encapsulate the full story during this arc.  The more the show progresses during this season, the more you will see within the intro and the more meaning it will have to you.  I have never seen an intro that constantly gets better and better because you now understand what’s going on (Well, the only one that I did see like that was Gokukoku no Brynhildr, which actually explains everything during its intro, but you are unaware of it until you see the full season).  I also love how deep and compelling the vocals are in its opening song “Yakan Hikou”, the amount of emotion in them can only be copied by that of Jojo’s Bizarre Adventure’s first opening song “Sono chi no Sadame”.

I felt like this was the perfect anime opening of 2013, great job.