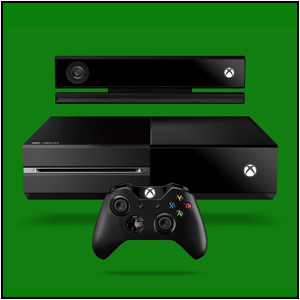 Today on twitter I saw a tweet talking about Xbox Live “Games with Gold” and how it is also going to be coming on Xbox One in June (So there is a bit of information if you did not know it already).  However, the most significant thing that I have found out within this article they posted on twitter is that they are going to be offering a $399 Xbox One that does NOT come bundled with Kinect 2.0.
Honestly, this gives me a very bad taste in my mouth and I figure that it is something Microsoft is doing because they are growing  more desperate with sales as the Playstation 4 continues to dominate in total consoles shipped and actually sold to the consumer.  I think this is something Microsoft needs to re-evaluate.  Catch my full opinion on the matter after the jump.
Finally Microsoft is giving the people what they want by not packaging in the Kinect 2.0 in a $399 bundle, most likely to rival the $399 price point of Sony’s Playstation 4.  There was a lot of pre-release Xbox One worrying connected to the Kinect 2.0 with spying and the like, which I wrote about in my article “Is the Xbox One Fated to Fail?“.  In fact, the fear was so real that many claimed they will not buy an Xbox One without at least the option to have it fully disconnected unless they planned on using it.  Unfortunately, I feel that Microsoft is giving into these demands for the same reason they reversed their policy on DRM and having the “Always On” and the  “Kinect need to be connected all the time” requirements, the consumer is voting with their wallet.  Following what consumers said previously was the right call as those policies were absolutely insane, but I cannot help but feel that this is different, even if there was a small portion that still want the Xbox One with the promise to buy it if there was a $100 cheaper, Kinect-less version present.
This move by Xbox, however, I just feel they are moving in the wrong direction because, as an Xbox One owner myself, you will not be getting the full experience without your Kinect and certain things are harder without the Kinect sensor (Such as snapping applications, recording with the game DVR, and just minor conveniences like turning on your Xbox One or launching games) and I feel they will be missing the “streamlined” feeling that the Xbox One is suppose to deliver.  Without the Kinect they are going to be looking at very frustrated customers who may hate the Xbox One even more and feel that they bought an incomplete product, simply because the Xbox One was designed to be in its “Final Form” by having the Kinect attachment.  My training partner, Rasean, Kinect 2.0 malfunctioned on him and he had to send it back and was immediately frustrated by not having easy accessiblity to features of the Game DVR.  Saying “Xbox, Record That” is significantly easier than pushing the Home button, pushing start, select “Snap”, choosing the app, and then manually doing what you have to do; by that time, 30 seconds have already passed and you will have to choose a longer DVR capture period all while being unable to defend yourself in-game.

The biggest downside to his is I feel that a Kinect-less Xbox One will be giving a massive advantage to the Playstation 4.  While the Playstation 4 was originally suppose to include the camera, which was cut out to give it a $100 lead over the Xbox One, they implemented the “Share Button” to counteract the lack of voice and gesture capabilities to allow seamless transitions.  Not to mention, at least for its video sharing capabilities, you can record up to 15 minutes to edit against the Xbox One’s 5 minute span.  If the Xbox One needs the Kinect to really streamline its features and the Playstation 4 was better designed to do very well without it, it will feel as though Playstation 4 is making the most of its resources and has greater accessibility to the average gamer.  Not good Microsoft, not good at all.  The only real counter I see to this problem is releasing an update to the Xbox One’s core system that somehow allows for a user to snap from within games without having to return to the home screen.

Honestly, I feel like it is not a bad move by Microsoft as it makes the X1 more marketable across the world and I am loving my Xbox One, but it just shows how they are becoming more-and-more desperate and are again doing an “Xbox 180°” on things they have previously said or mentioned.  This incident is yet another one fortifying the feeling of Microsoft lying about its options  by choosing to make the Kinect optional, despite it saying in the aformentioned twitter article stating that “80% of Xbox One owners use the Kinect 2.0 and an average of 120 voice commands per month”.  Well, lets all just hope that this turns out to be a good move that boosts the sales of the Xbox One while not leaving the feeling that users were unfairly coaxed into buying a product which feels incomplete.

The last bit about this is me feeling betrayed.  I remember a stating with them saying that Xbox One will never be packaged without a Kinect 2.0, I also remember saying they ar edoing this because they wanted developers to know that full 2.0 support would be available on EVERY console so they would not have to worry about implementing features.  With the way this is shaping up for the future, most likely the majority of Xbox One owners will not have a Kinect 2.0 and thus support will be left for gimmicks (Kind of like the Kinect was for the original Xbox).  Gah.