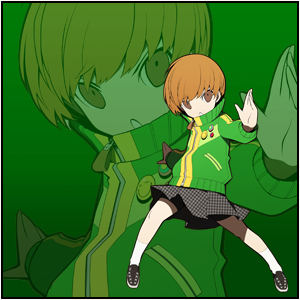 Atlus dropped a massive bomb on everyone with the revealing of FOUR brand spanking new Persona games heading over to North America over the course of 2014 and 2015.  Personally, I was pretty hype because it was COMPLETELY unexpected.
The games we can expect are “Persona Q: Shadow of the Labyrinth” for Nintendo 3DS, “Persona 4: Dancing All Night” for Playstation Vita, “Persona 4 Arena: Ultimax” for Playstation 3 and Xbox 360, and finally “Persona 5” for Playstation 3.
Inside you are going to find screenshots, videos, and general information related to these new Persona games.  Go ahead and hit the jump for all the Shin Megami Tensei goodness.
Persona Q: Shadow of the Labyrinth 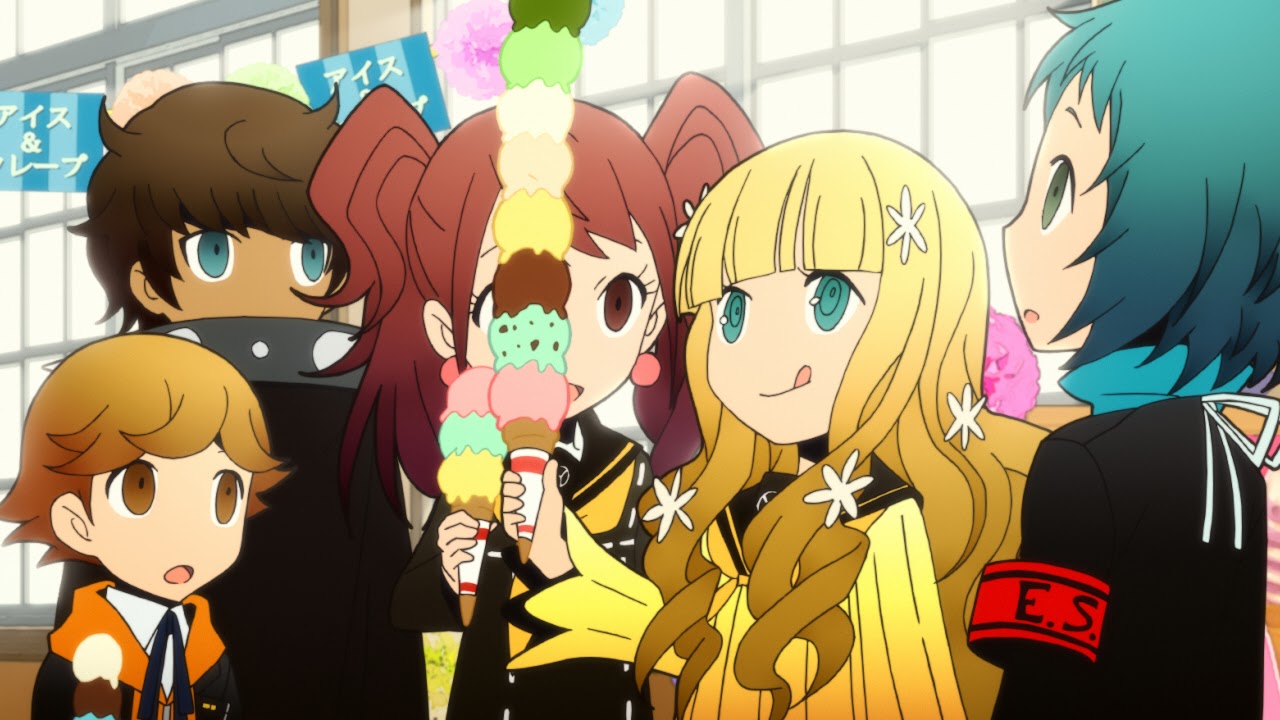 Persona Q: Shadow of the Labyrinth (Fall 2014) — You got Persona in my Etrian! You got Etrian in my Persona! Well, you’re right on both counts. Persona Q is a crossover for the Nintendo 3DS™ system that brings Persona 3 and 4 characters to the gameplay style of Etrian Odyssey. It also marks the first time the Persona franchise will be available on a Nintendo system.

Characters from Persona 3 and 4 have been given a complete visual overhaul to match the Etrian style and plunged into an alternate world resembling Yasogami High School. Legend has it that listening to the end of the bell chimes of Yasogami High’s clock tower causes people to die, and this time the bell tolls for the Investigation Team and the SEES. Trapped in an other-world filled with Shadows, the protagonists from Persona 3 and Persona 4 each have different events to follow, allowing the player to choose and experience two different plotlines. As both groups seek a way out of the labyrinth, they will run in to two new characters, Rei and Zen, who may hold the secret to this new mystery. 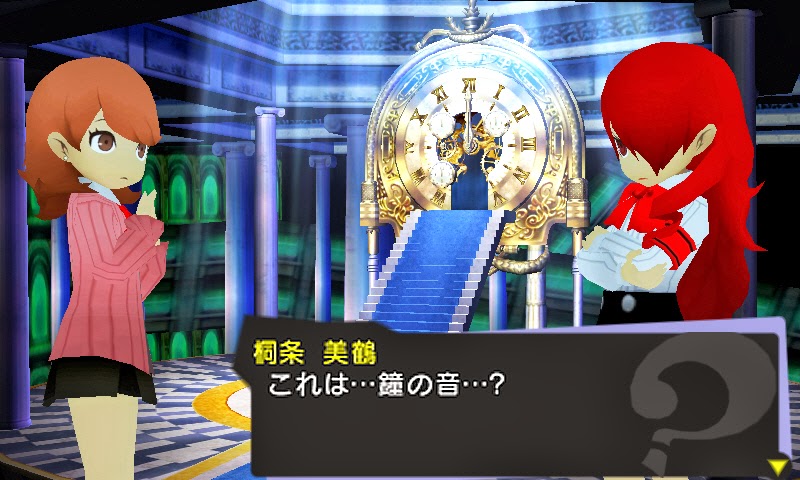 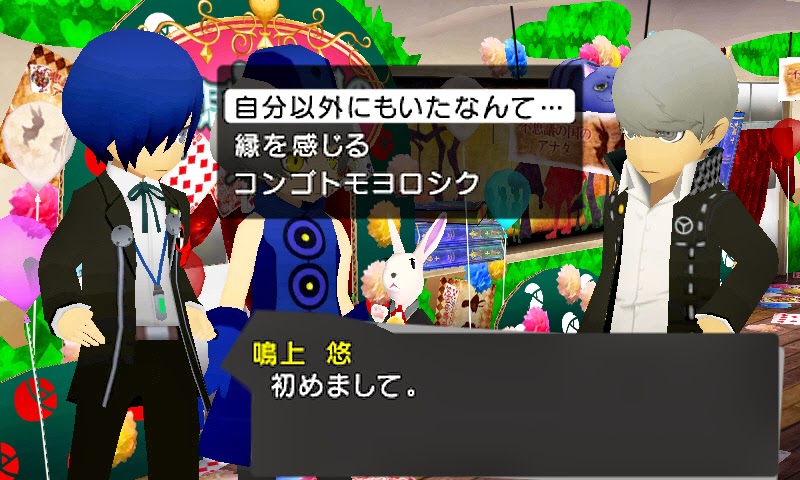 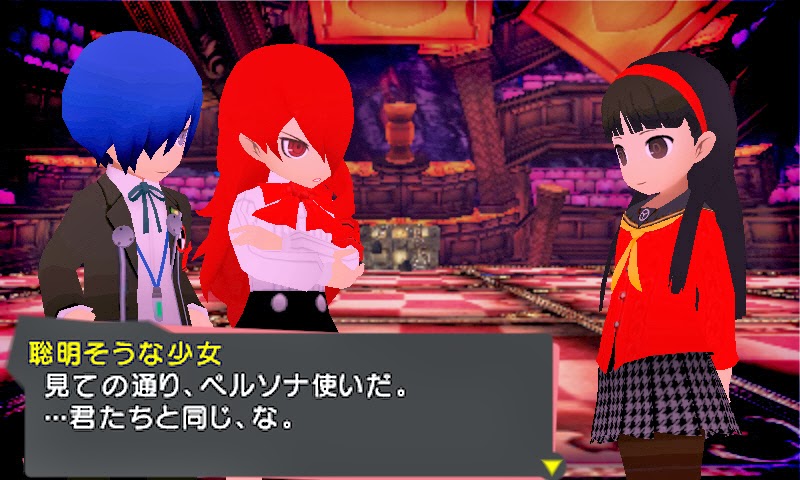 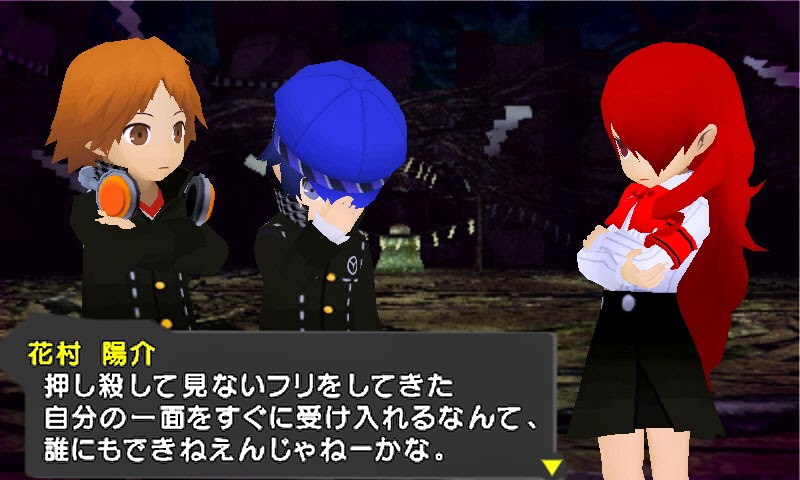 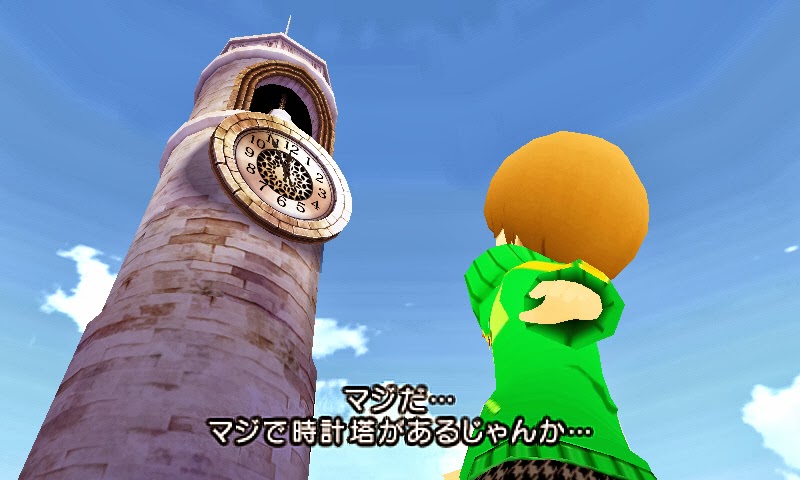 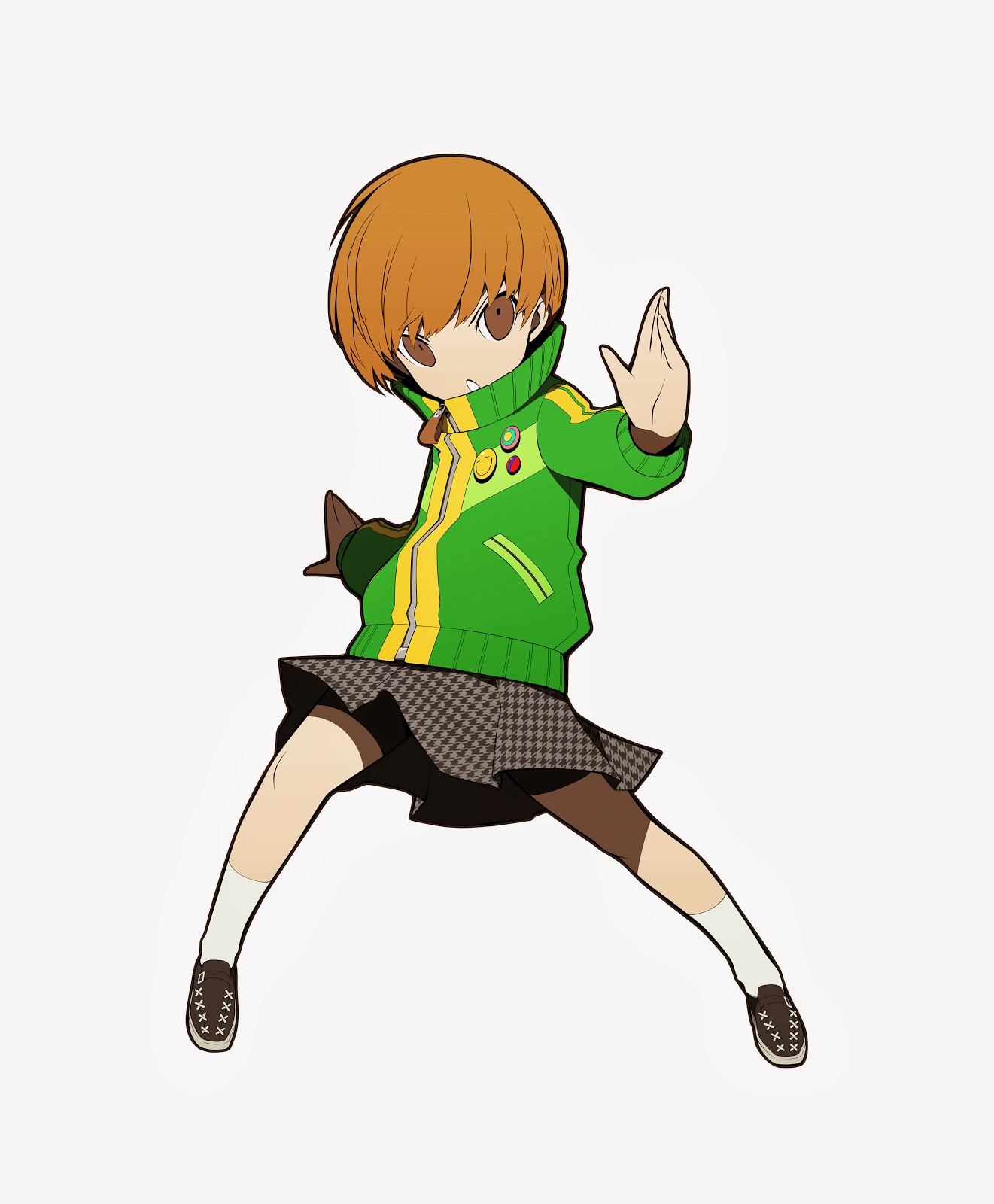 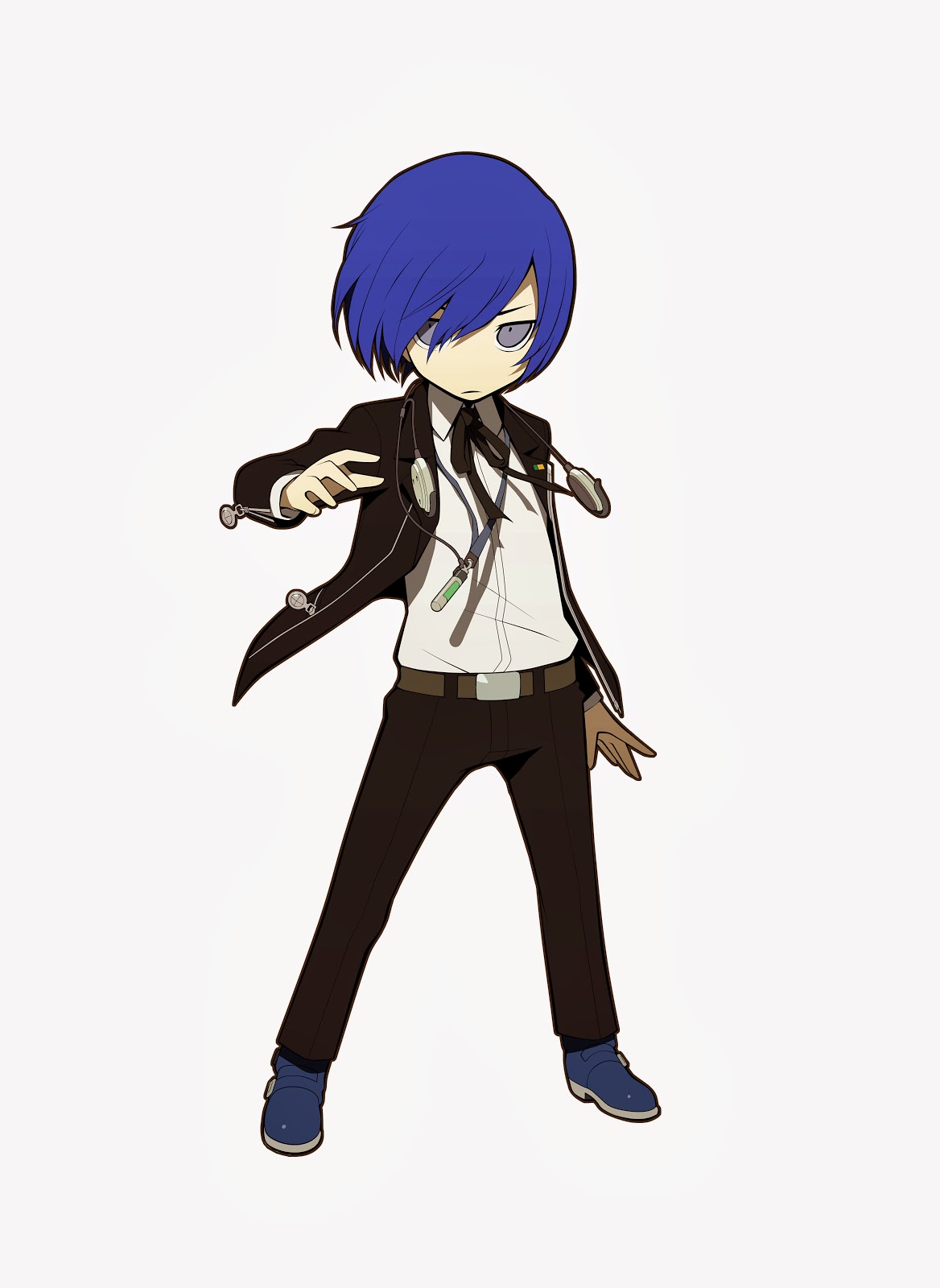 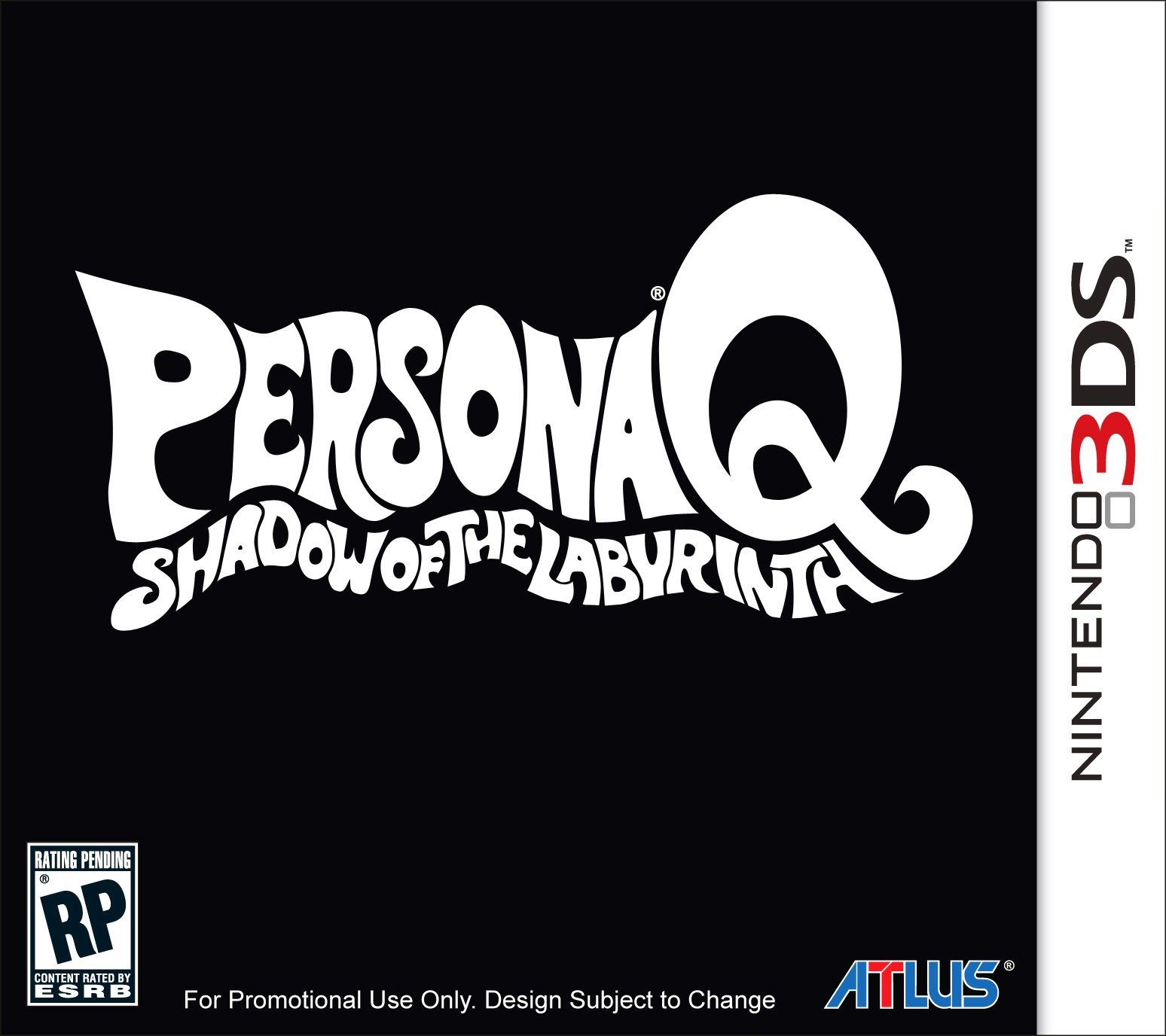 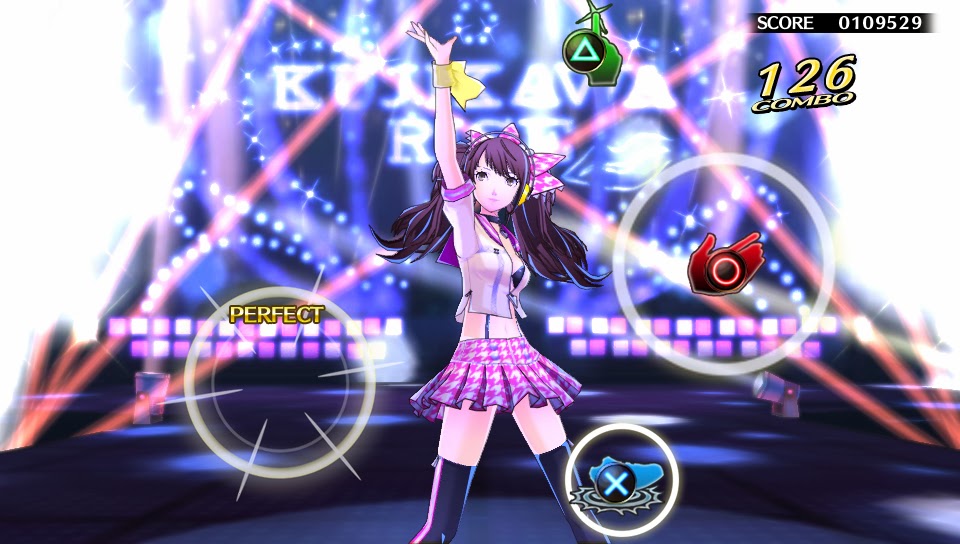 Persona 4: Dancing All Night (2015) — Funky Student isn’t funky enough to bust a move with Rise and the rest of the Persona 4 crew in Persona 4: Dancing All Night for the PlayStation®Vita handheld entertainment system. The summer following the events in Persona 4 sees Rise return to Inaba after spending the summer back in her old life as an idol. After hearing rumors about the Midnight Stage, she checks a certain website at midnight and sees a mysterious movie clip and, you guessed it, winds up on the “other side.” Worse yet, she finds out her junior idol peers from the group Kanamin Kitchen are missing as well. She has no choice but to send an SOS to the Investigation Team to help rescue the missing idols.

Not even Riddle-senpai could have seen this twist coming: Normal battle tactics don’t work against the Shadows on the Midnight Stage, but dancing does! Rise, the Protagonist, and the rest of the Investigation Team will have to dance their way to victory. 30 pulse-thumping tracks make up the new Persona Sound in this rhythm-based action game. P4DAN is made in collaboration with Dingo Inc., the company behind Hatsune Miku: Project DIVA (PlayStation®Portable). 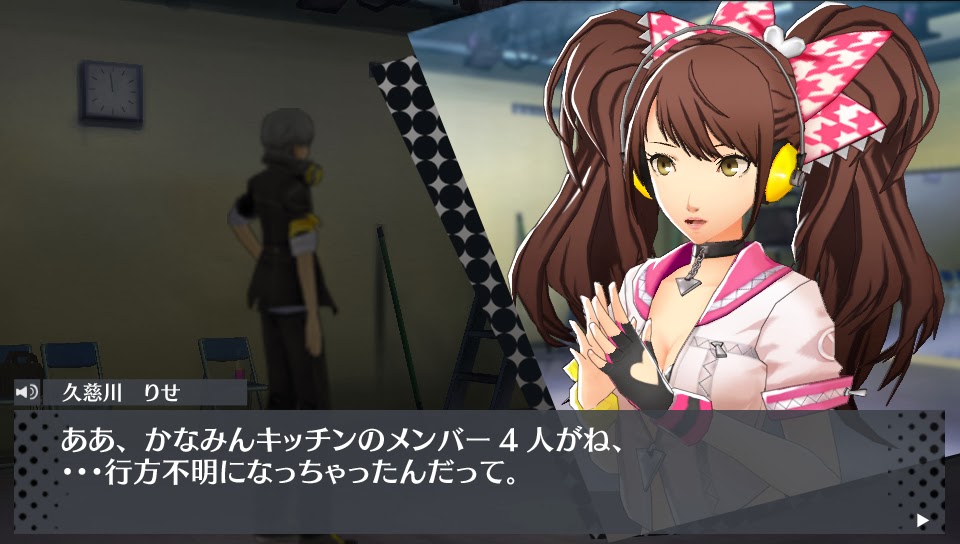 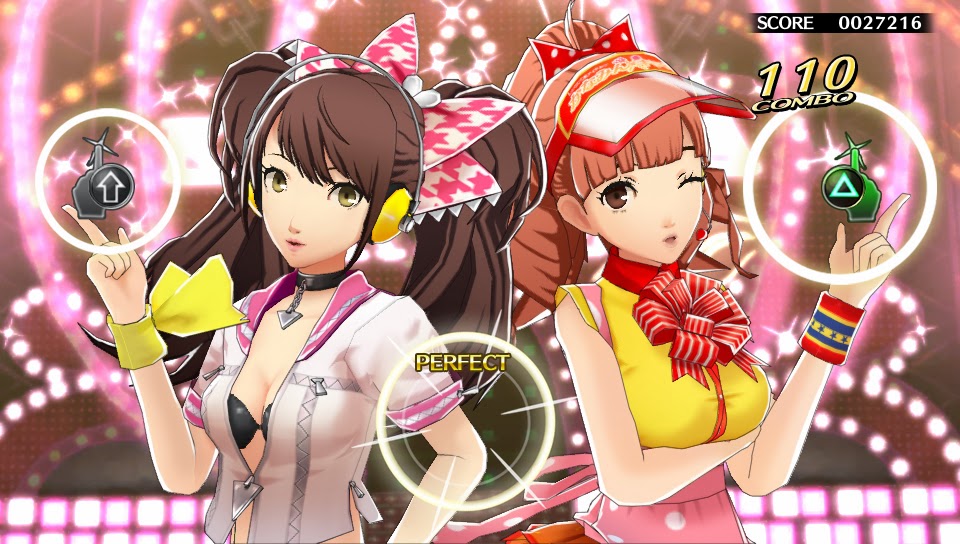 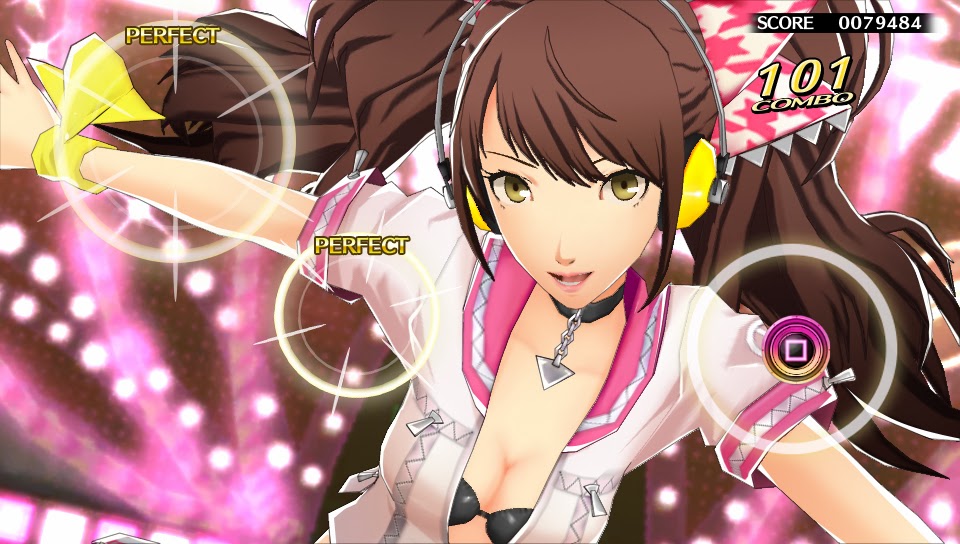 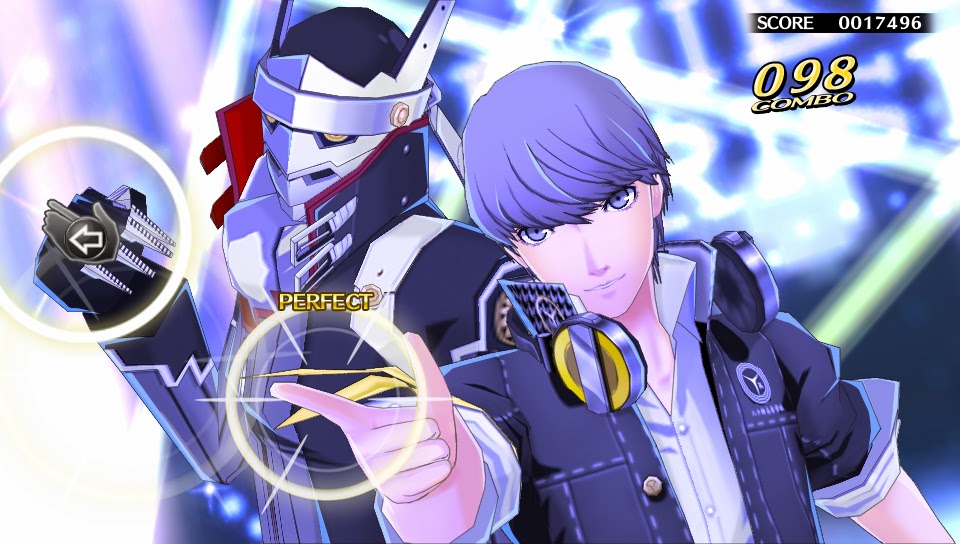 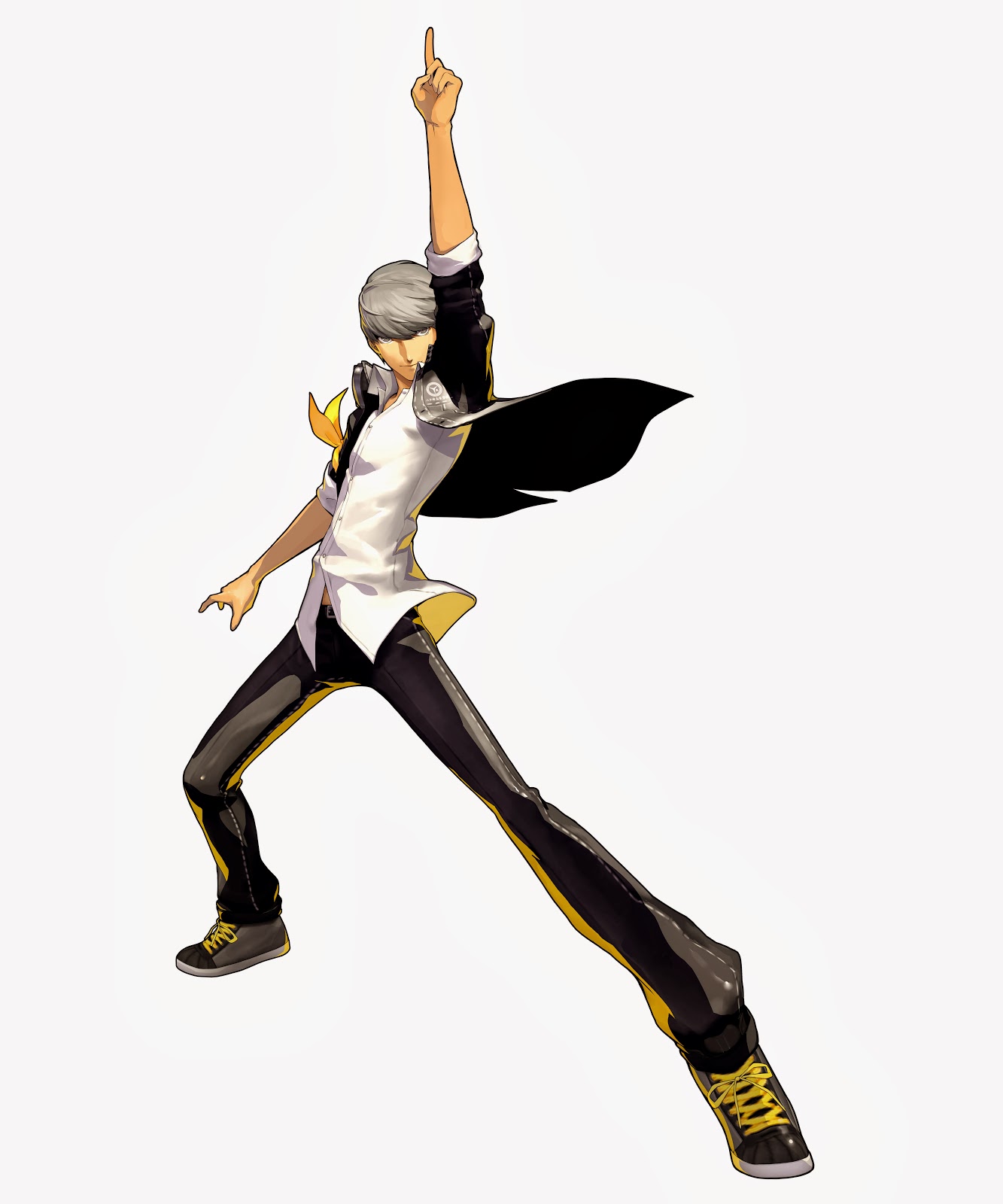 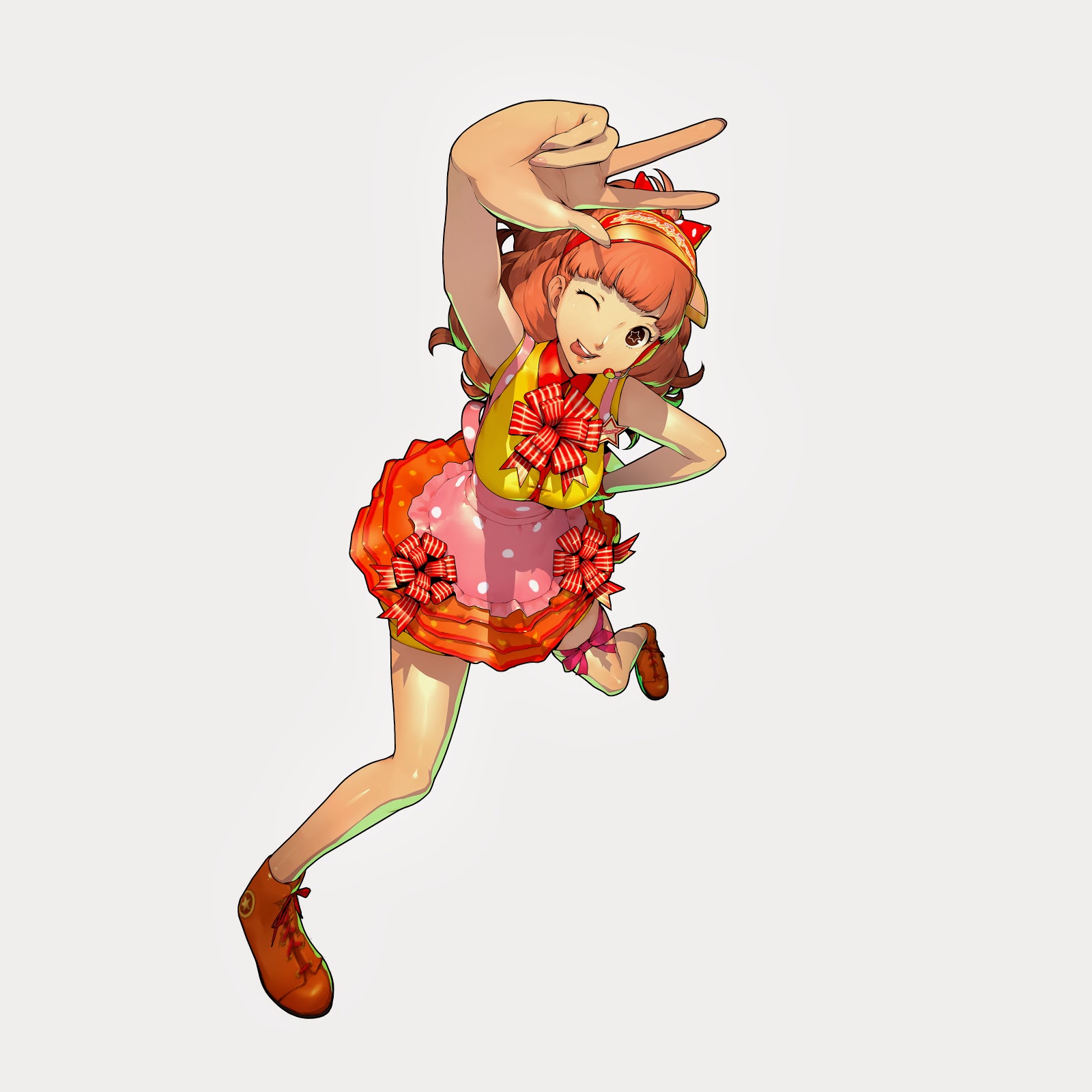 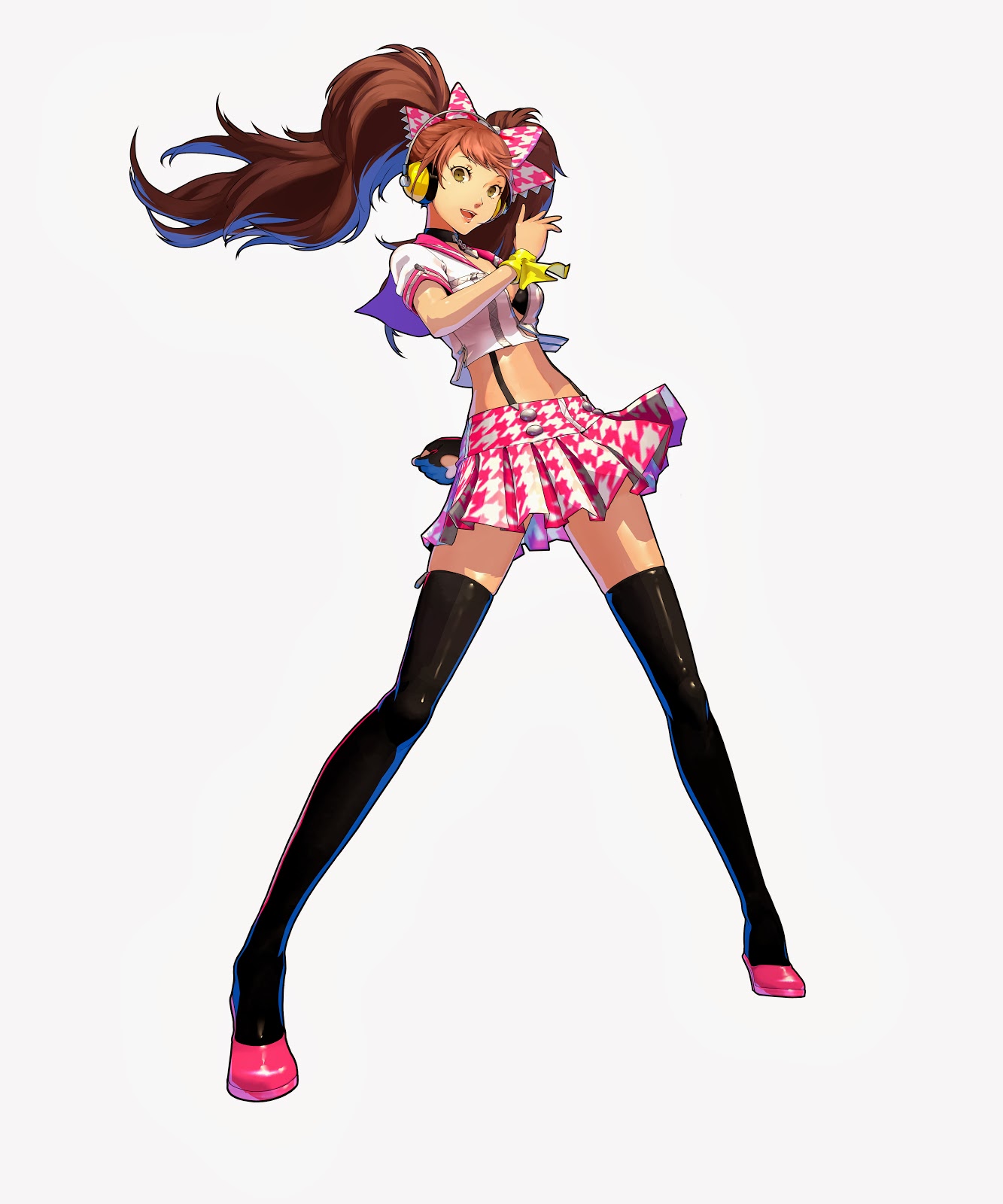 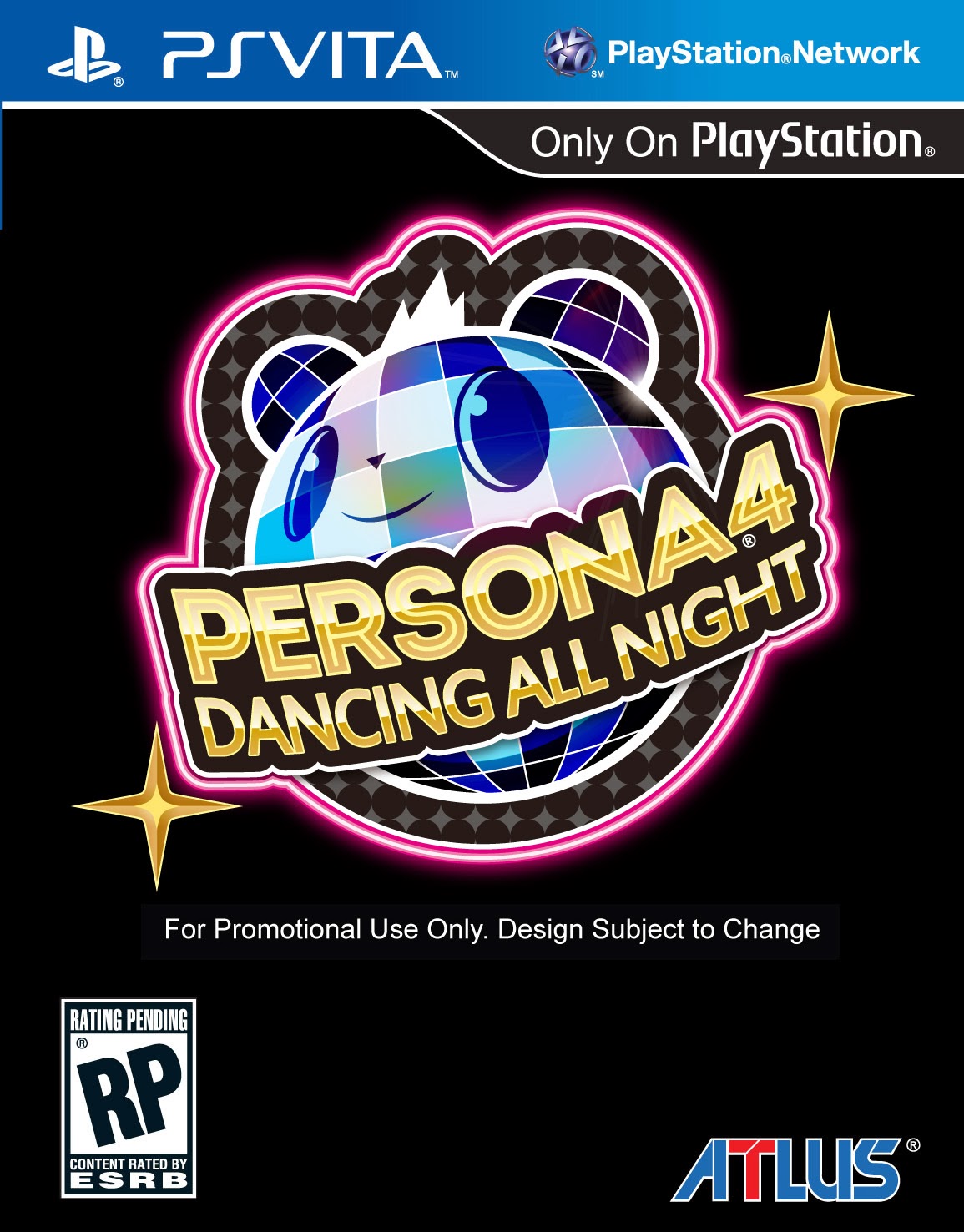 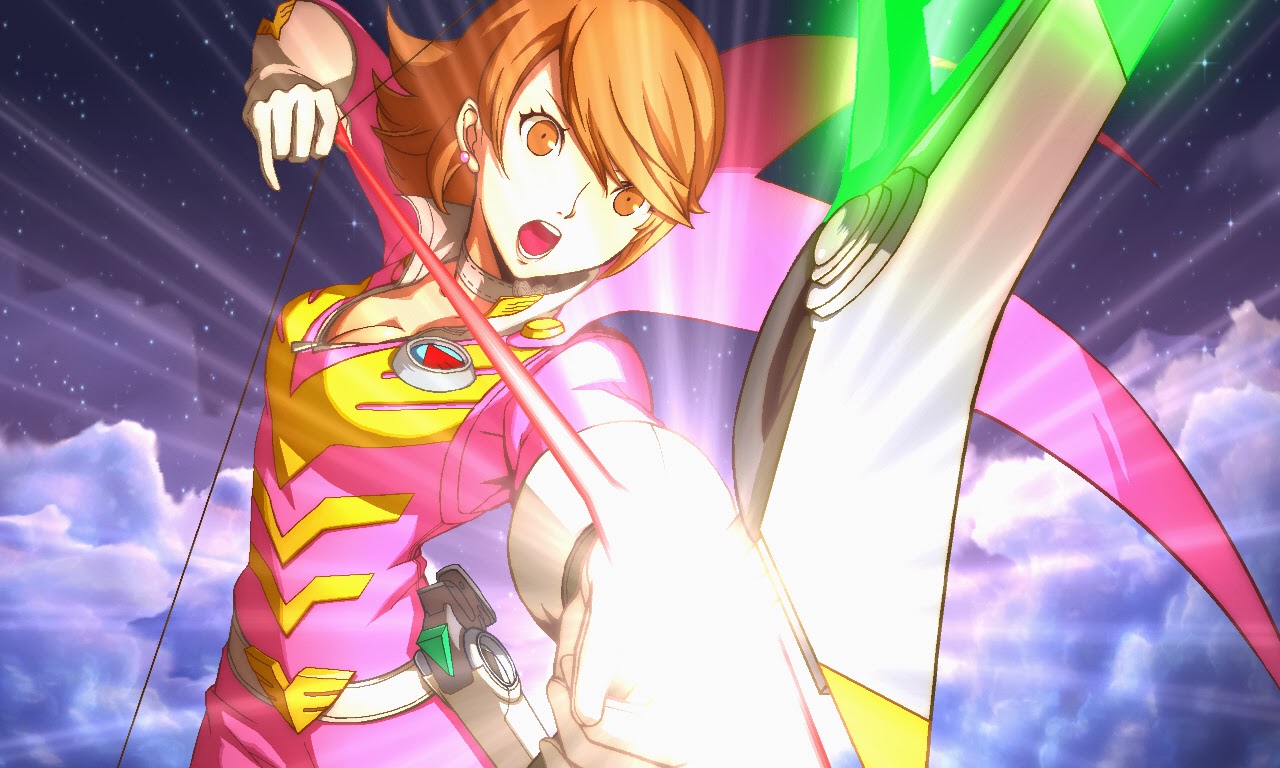 Persona 4 Arena Ultimax (Fall 2014) — Arc System Works is bringing the sequel to the award-winning tournament fighter Persona 4 Arena to the PlayStation®3 computer entertainment system and Xbox 360® in 2014! A few days after the P-1 Grand Prix concludes in the first Arena title, the city of Inaba gets enveloped in a thick red fog and Mitsuru, Akihiko, Fuuka, and Aigis are shown as prisoners on the Midnight Channel. The Investigation Team from Persona 4 and former SEES from Persona 3 must once again fight to their limits in the new P-1 Climax tournament to rescue them and finally uncover the true culprit behind the deadly tournaments.

Persona 4 Arena Ultimax will improve on the award-winning fighting game formula with battle-altering 1-hit special attacks and new characters, including Yukari Takeba and Junpei Iori from Persona 3 and a brand new character, Sho Minazuki. Not a lot is known about Sho other than his goofy nature and being an unstoppable force in both puns and combat. Two swords, two scars on his face, red hair and red mist in Inaba? Surely it can’t be coincidence that he’s standing in the way of the Investigation Team. And to make matters worse, it seems he can control a Persona… 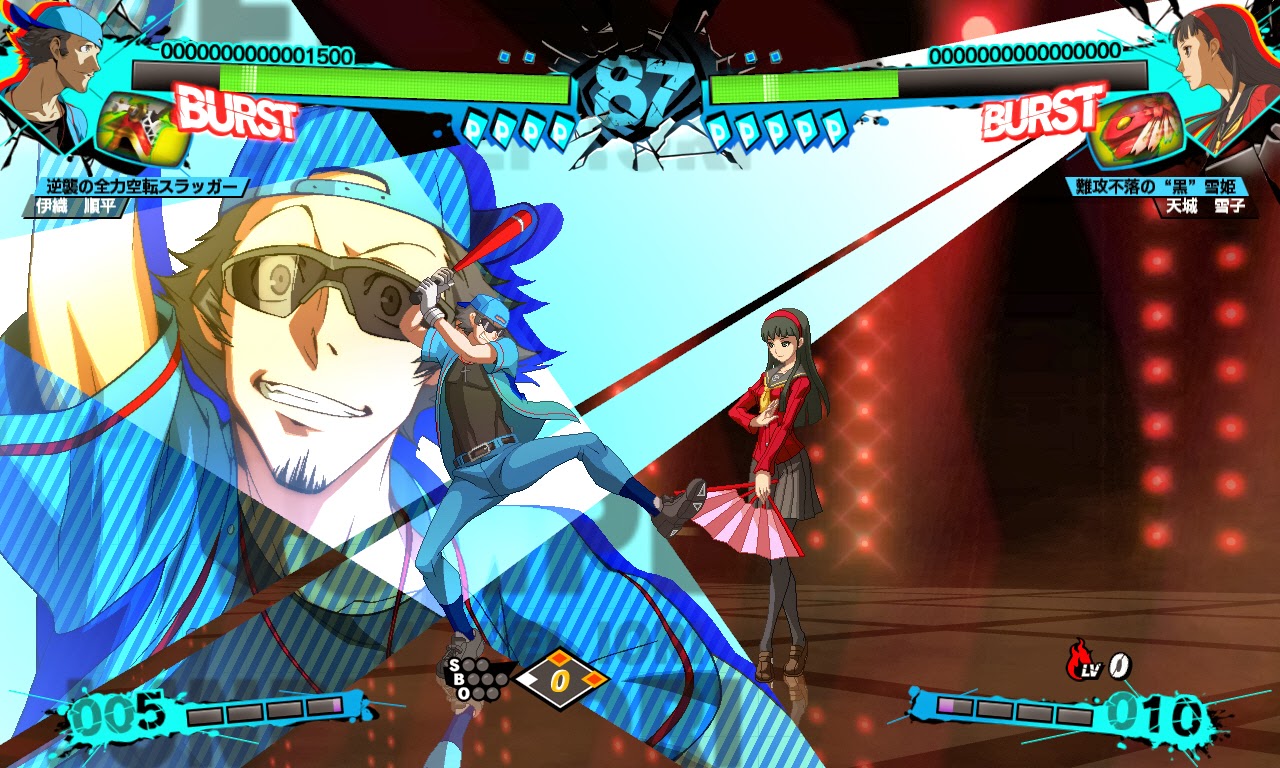 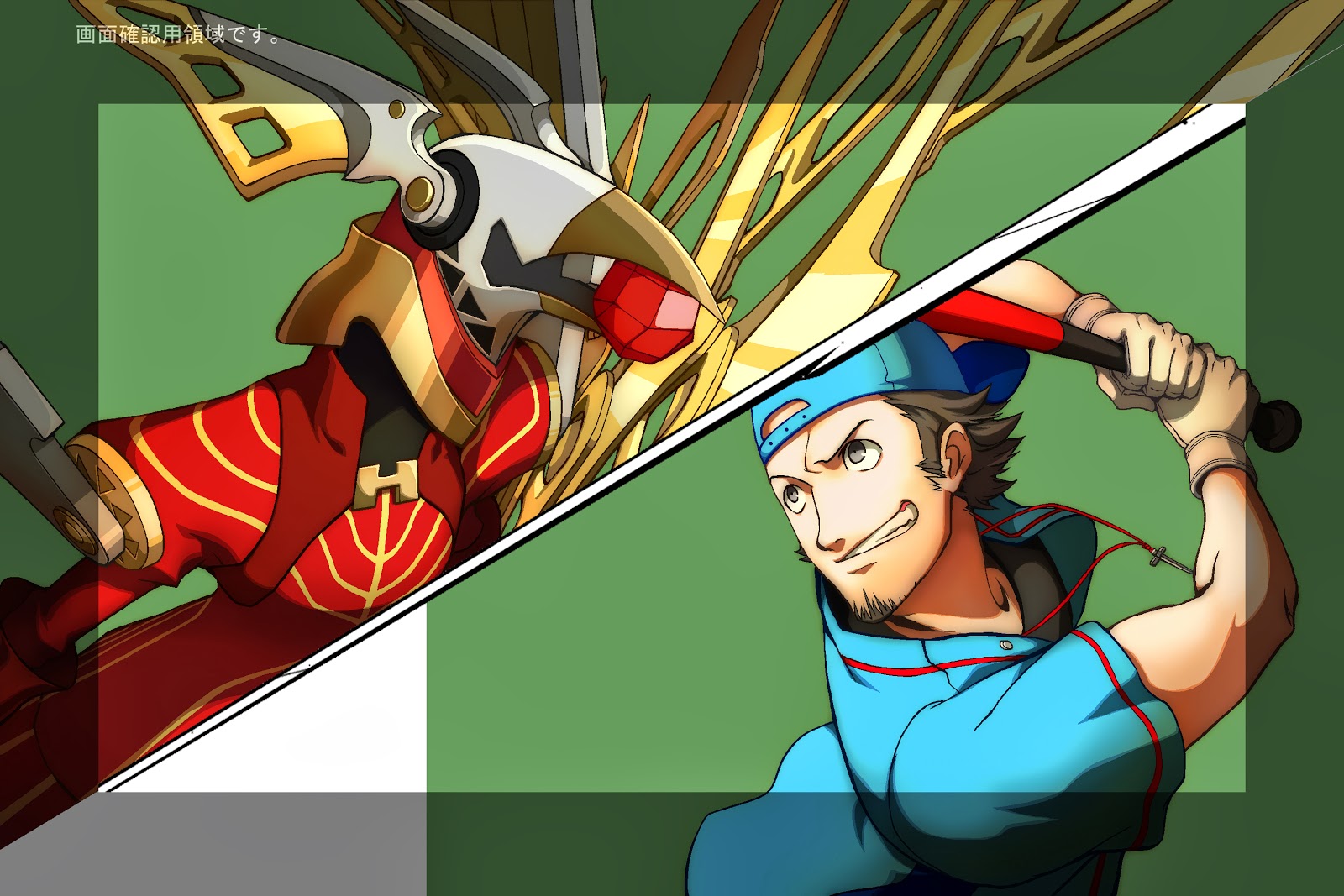 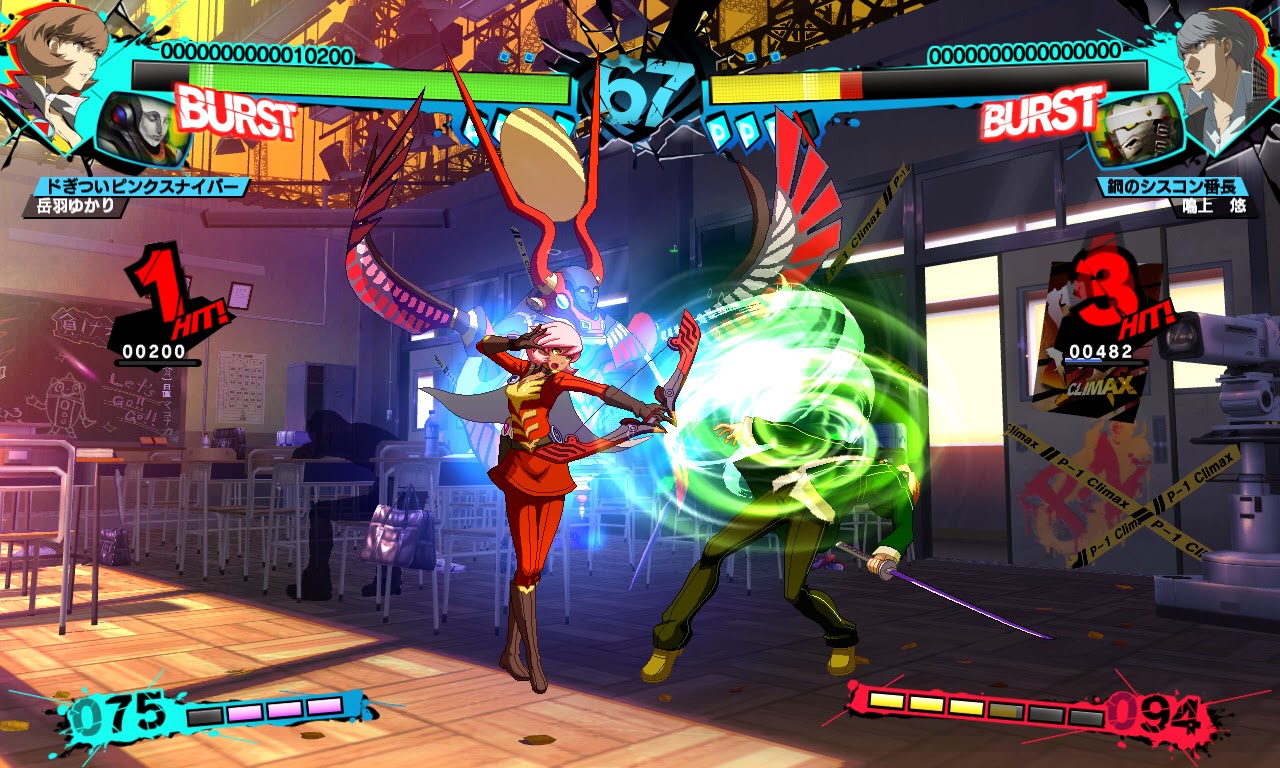 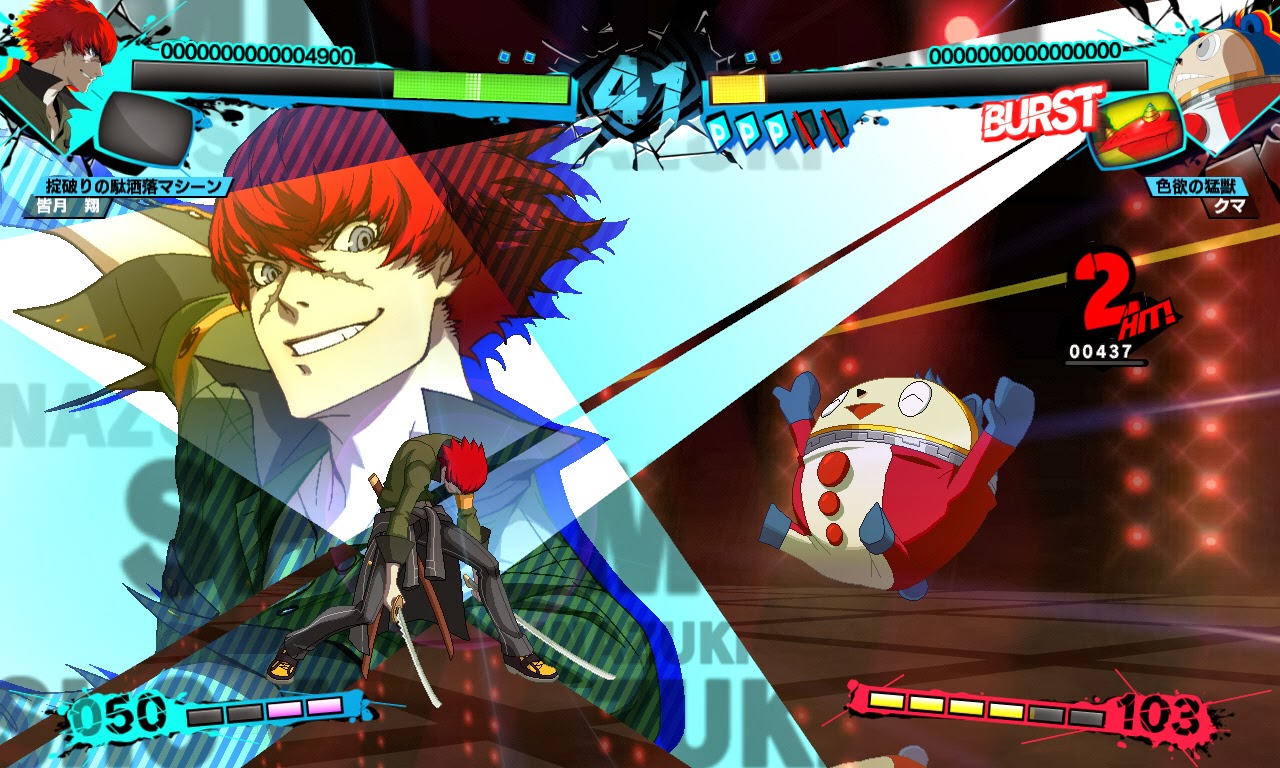 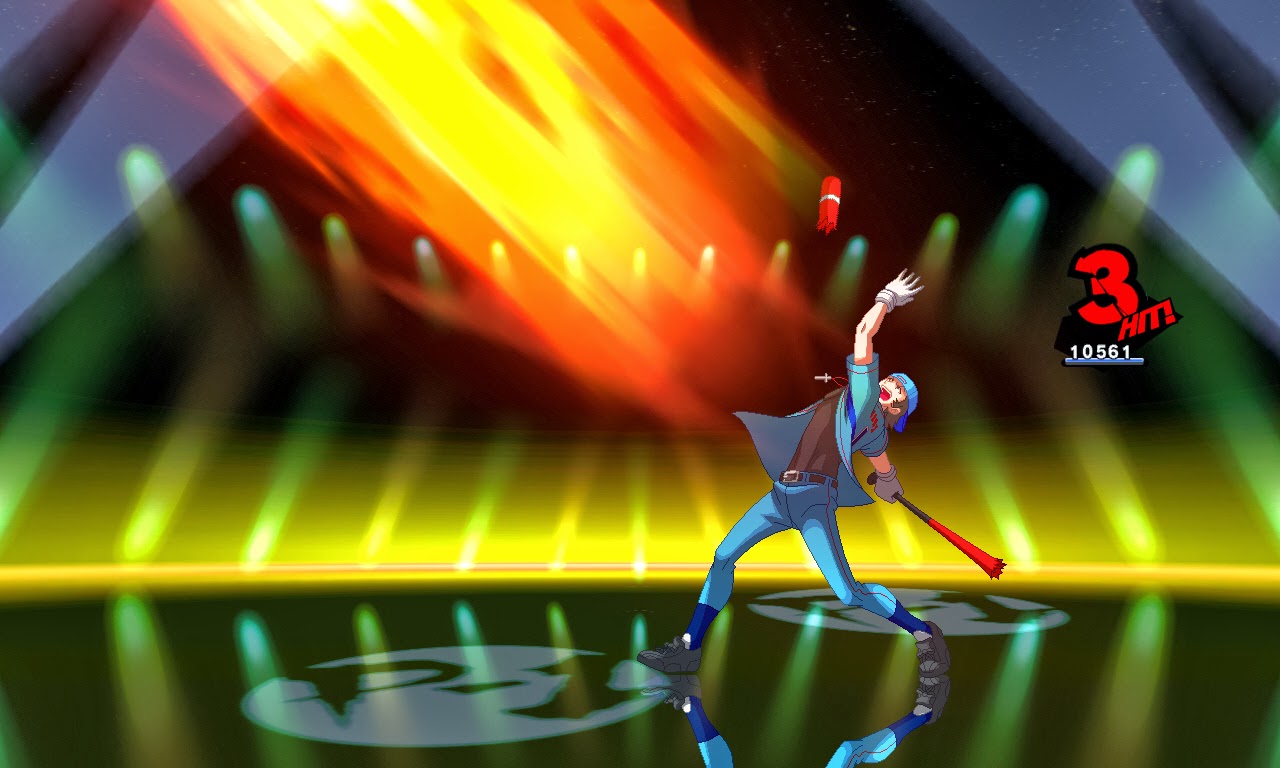 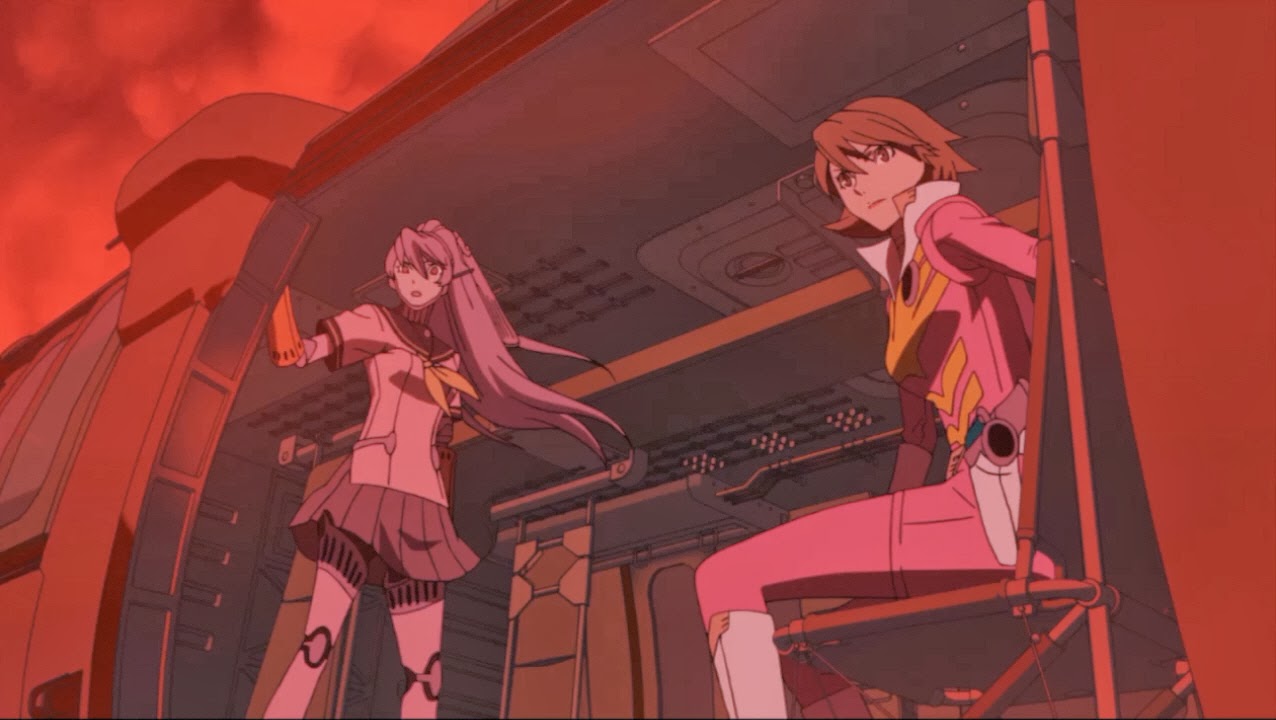 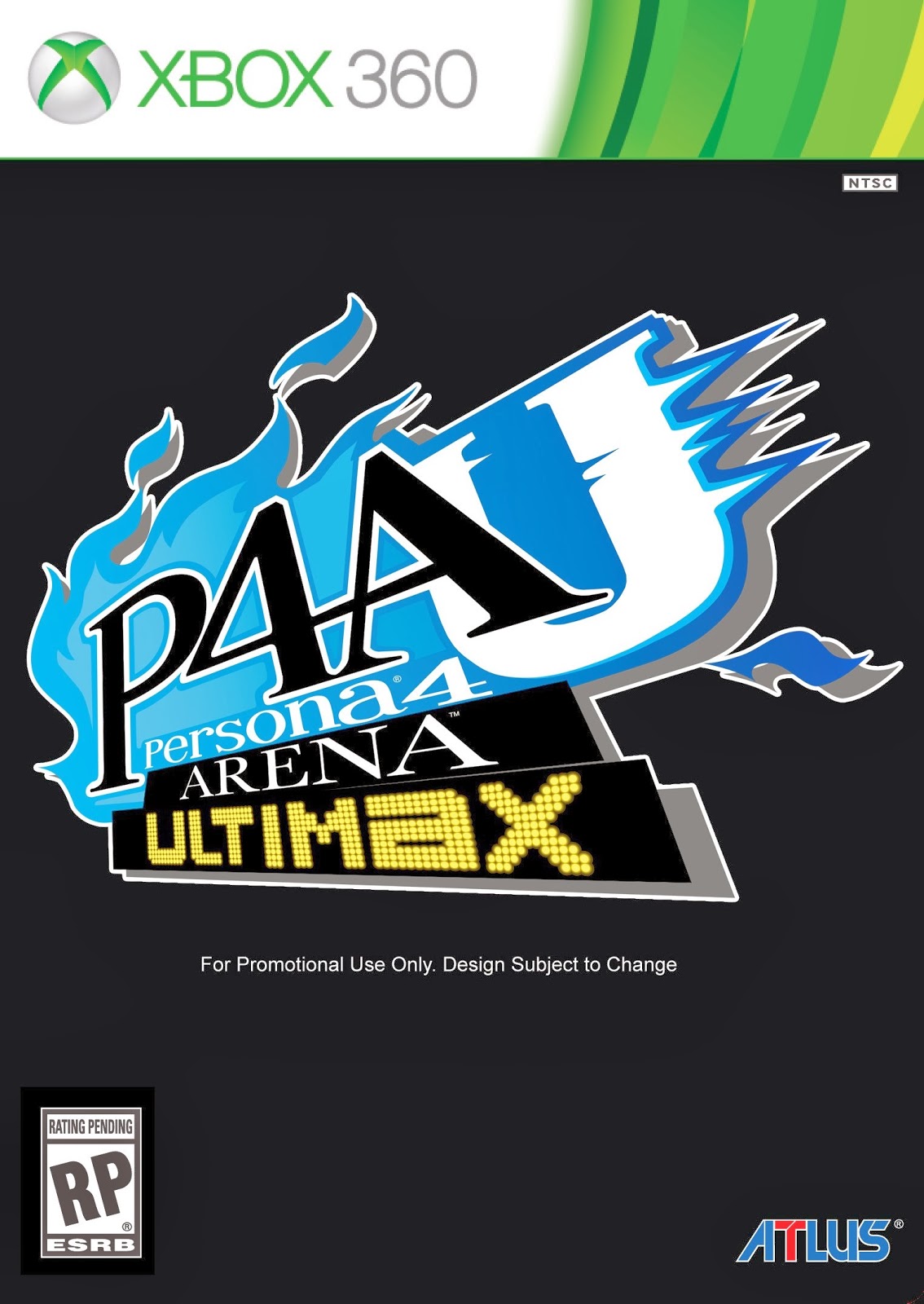 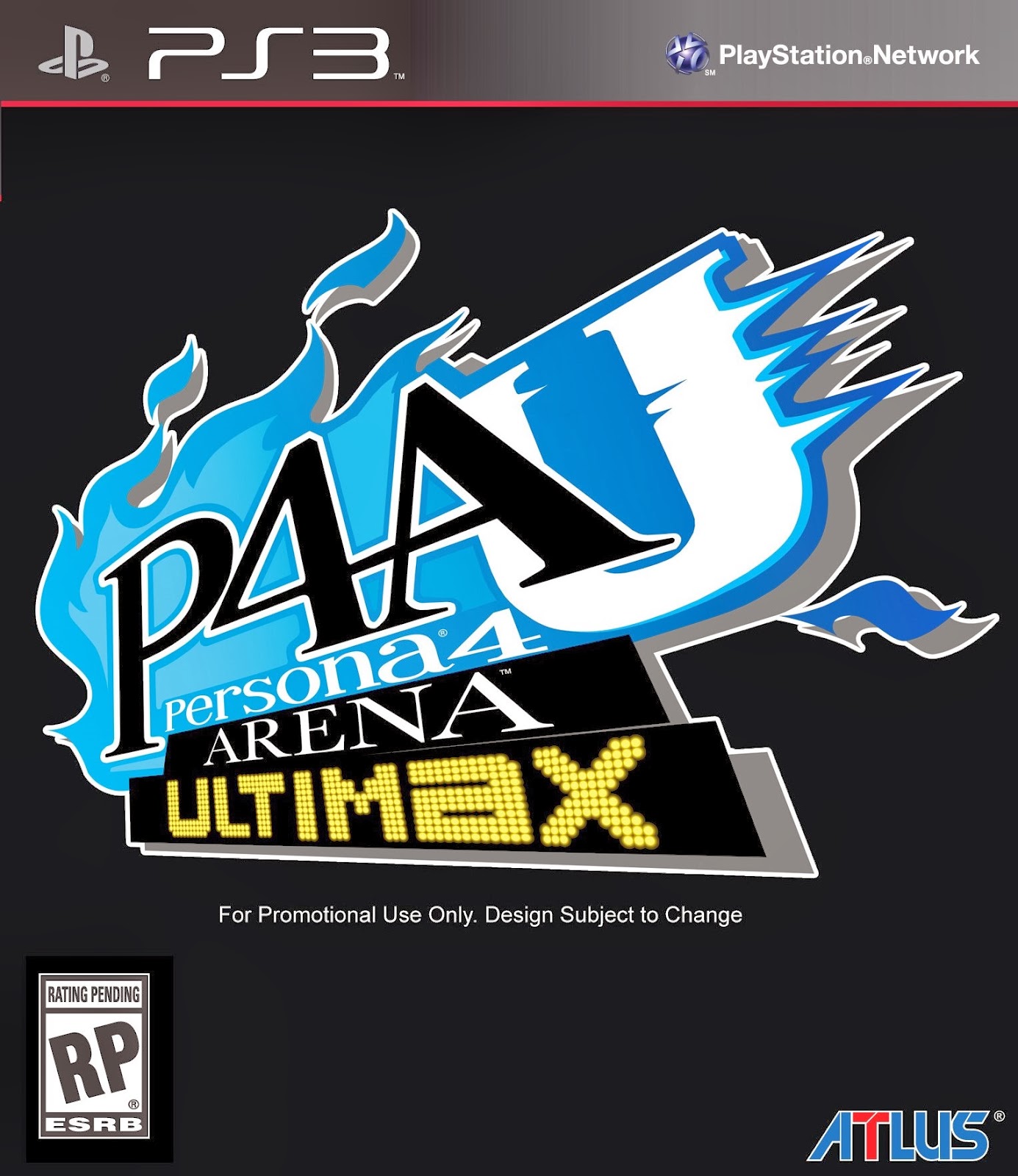 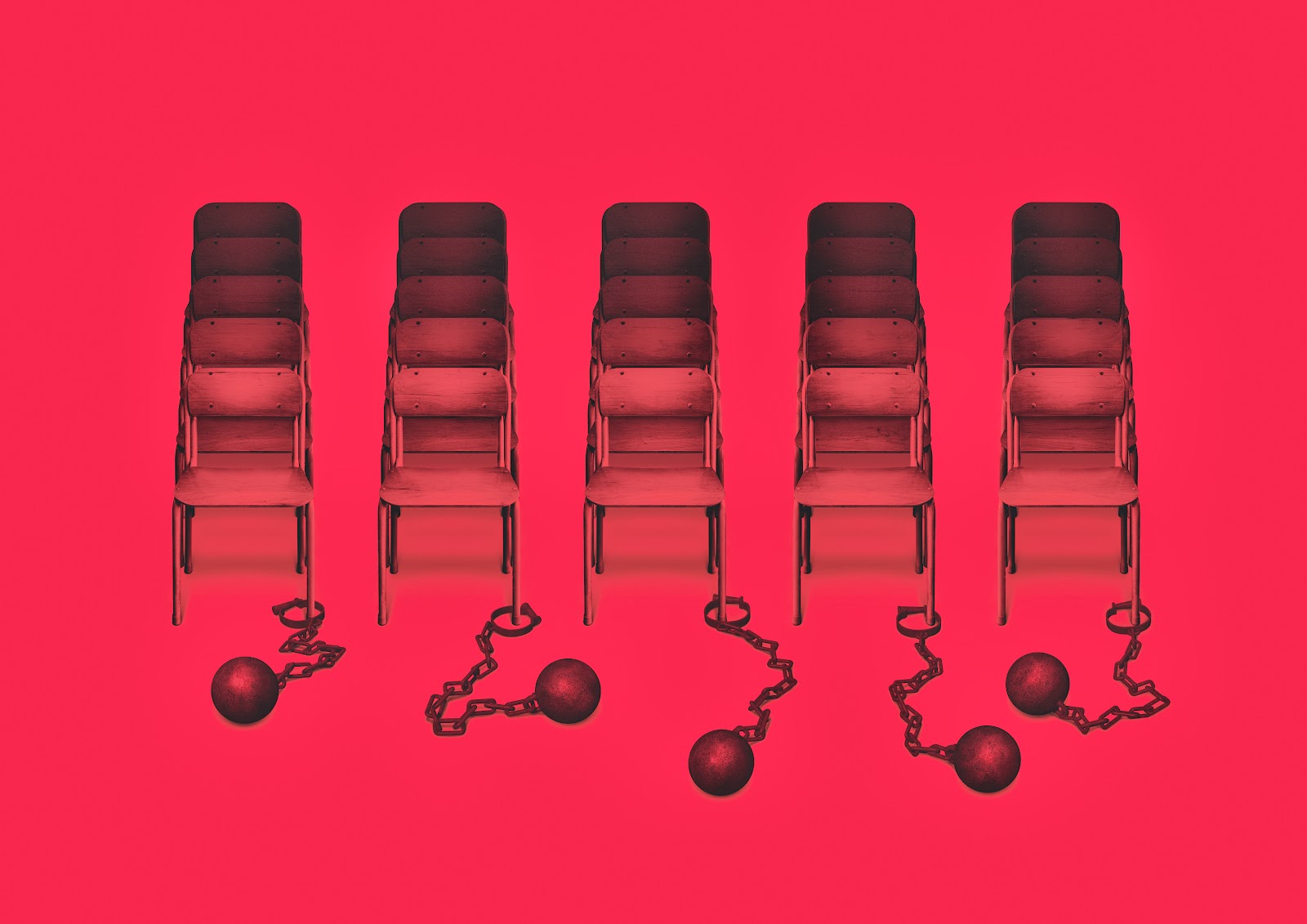 Persona 5 (2015) — This is it. The big one. The latest true continuation of the award-winning Persona series will make its debut in North America on the PlayStation 3 in 2015.
More details about the games and their launch timing will be revealed in the coming months. You can get all the latest by liking ATLUS on Facebook, following @AtlusUSA on Twitter, or subscribing to the ATLUS YouTube channel, and get updates by signing up to be part of the ATLUS Faithful Newsletter.

Honestly, that was quite a bombardment of assets.  I mean, normally companies space things out to keep it interesting, but they literally dropped everything at once; I am pretty sure that huge fans must be OVERWHELMED at this point.  It seems that every console got an exclusive (except Xbox 360), with nothing mentioned for the Xbox One or the Playstation 4.
For me, this is a bit bittersweet as I primarily play on Xbox (Though, I do have a 3DS and I plan on picking up Persona Q; especially since Persona 4 Golden only released on the Playstation Vita a while back) and would have loved nothing more than be able to take part in the celebration of Persona 5 next year, however, since I play fighting games more than anything I can live with Persona 4 Arena Ultimax (Though, was it not called “Persona 4 Arena: The Ultimax Ultra Suplex Hold” before?).  Though, one thing is for certain, JRPG fans and especially those of the Shin Megami Tensei franchise are about to be in love.