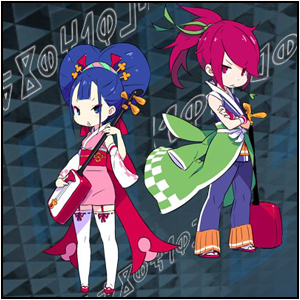 Conception II: Children of the Seven Stars for Nintendo 3DS requires you to have a lot of Star Children to go into battle for you.  You are able to bring nine of them with you into battle, and you will be setting them up in teams with three to a squad.  You will be constantly producing Star Children, and with that in mind you are going to want to know what classes are available to produce the best possible teams.
In this news reveal for Coneption II: Children of the Seven Stars, we are going to be taking a look at a few of the newly revealed classes: Cleric, Magic Knight, Thief, Minstrel, Swordis, and Warlock.  Inside you will find screen shots of each classes, a brief example of what stats could look like, and a explanation detailing their roles in battle.
[ About Star Children ] 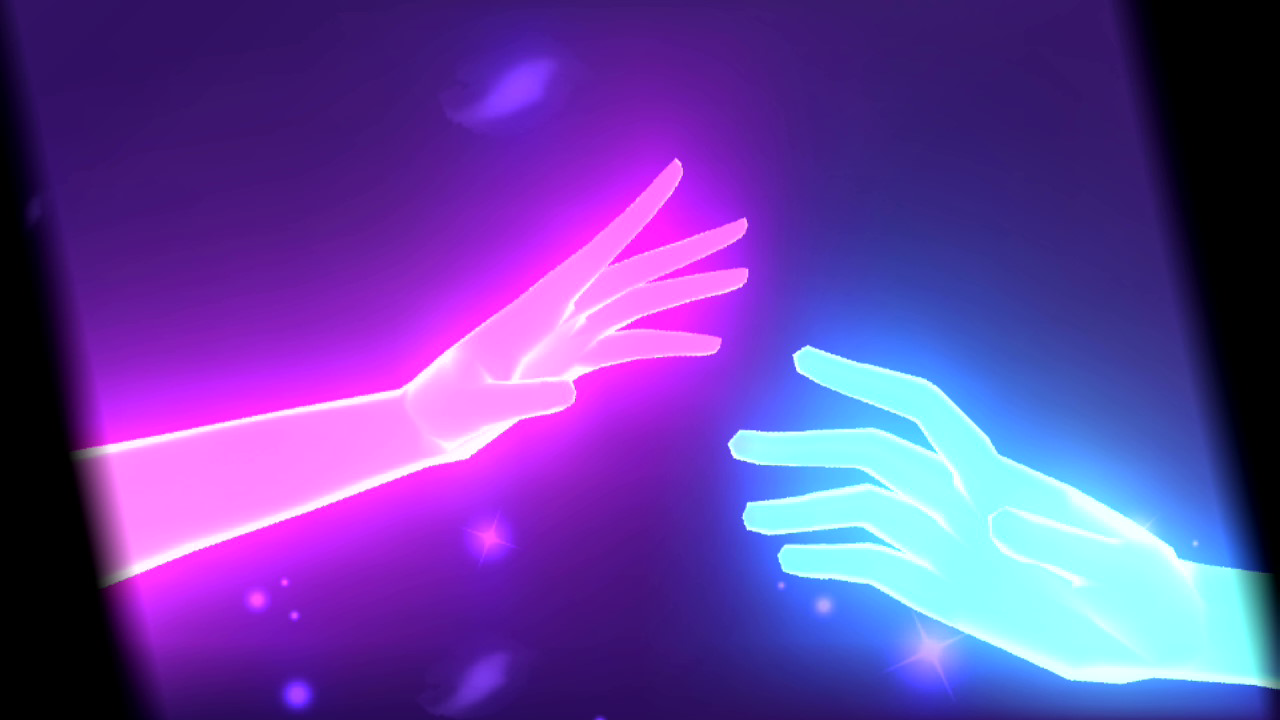 You are going to need Star Children within this game to fight for you, which you are able to bring up to nine of them into separate teams of three.  You are going to be making Star Children with your heroine of choice, but it is best that you have a strong bond with her first.  Also, you are going to have to make sure that once you produce Star Children that they have the proper classes to support them so they are not annihilated in the Labyrinths.
The reason it is important that you know about the game’s heroines and stay on their good sides is that their individual stat strengths determine the type of Star Children they can produce.  Feene, for example, excels in defensive stats so she is naturally capable of producing Paladin units (Heh, guess that unit will be revealed a bit later, right?).
In total there 30 Star Children classes you can pick from!  With this in mind, you better pick the right heroine before heading into the Labyrinth because you will be doing a lot of stat balancing.  To make things even more complicated, the teams composed of the same type of Star Child can deal out extra damage, but this can also mean your entire team is vulnerable to the same things.  Better make sure you experiment to find the perfect teams.
[ Star Children Classes ]
Here are just a few of the classes of Star Children you can expect to manage in Conception II: Children of the Seven Stars.  Remember, the type of Star Child you can make is dependent upon the stats of the heroine you choose to be with.
CLERIC 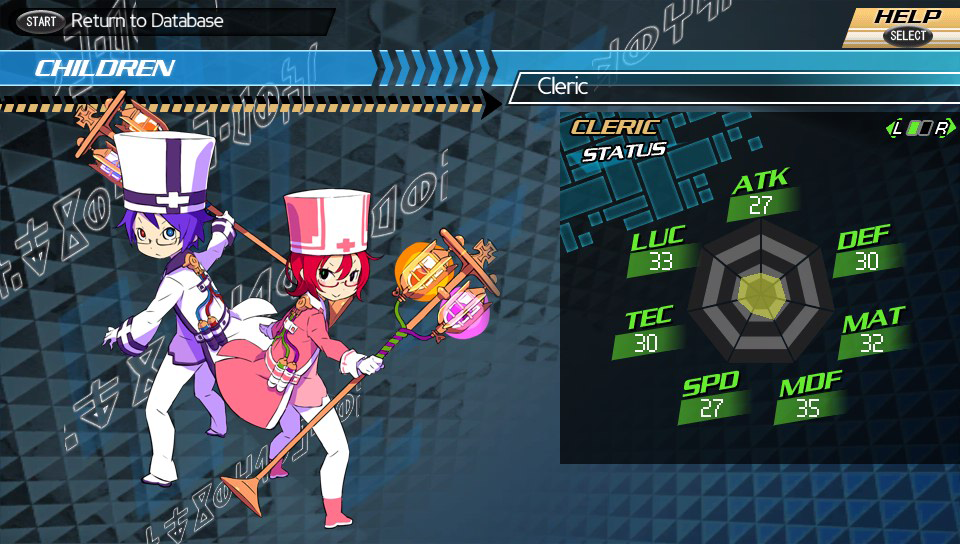 The Cleric should be an early staple of your party. They are key for keeping your party safe with their healing skills, and once they get some experience they can even help revive Star Children should they get knocked out.
MAGIC KNIGHT 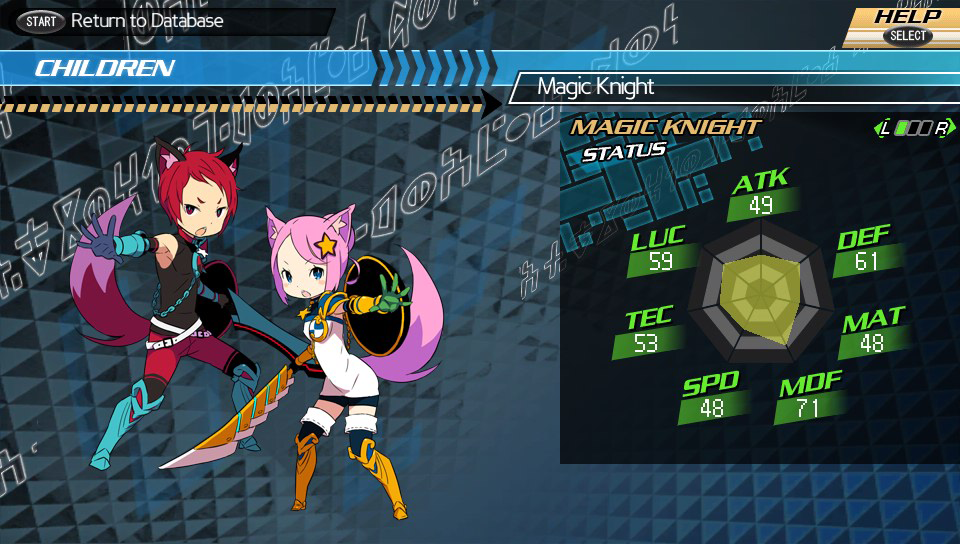 The Magic Knight is a favorite in our offices for their well-roundedness. They have the brawn to be lethal attackers, skills that can exploit enemies’ magical weaknesses and enough defense to be hearty in battle.
THIEF 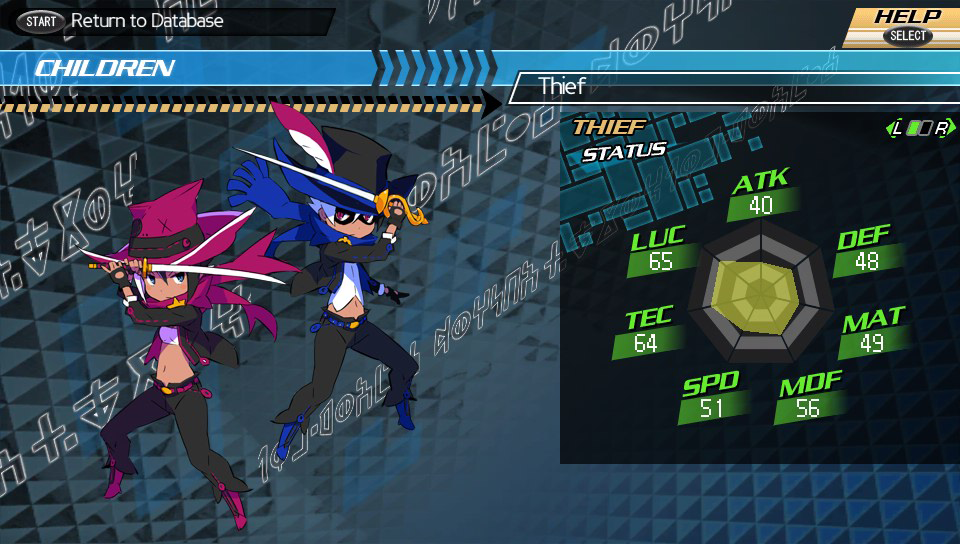 In addition to having the most baller hats in the game, they’re a strong party addition. Not only do they have a skill that attacks and robs an enemy of an item at the same time, but they can also help out in non-combat ways by picking locked treasure chests.
MINSTREL 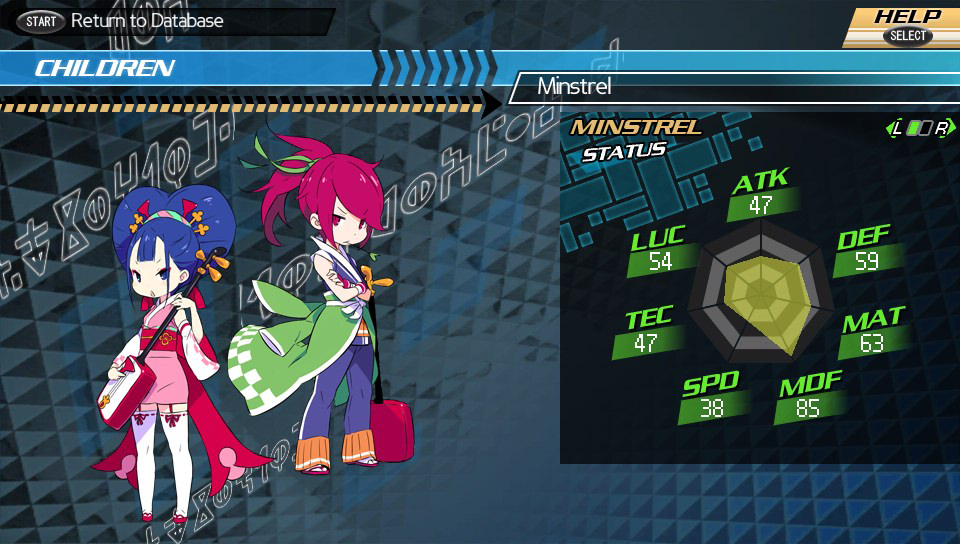 The support role usually goes under-appreciated in RPGs, but the Minstrel is a good option for balancing magic that gives your party better stats while helping lock down enemies with crippling debuffs.
SWORDIS 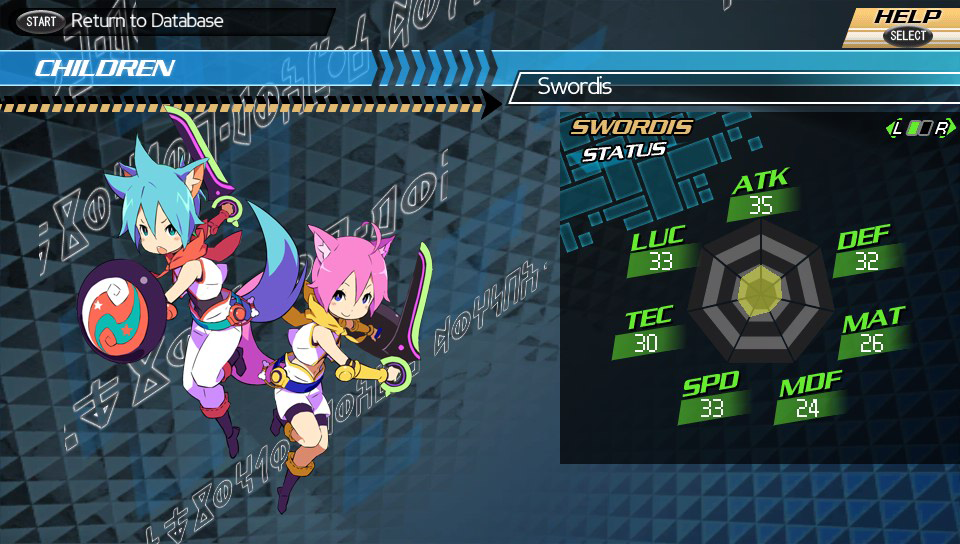 The Swordis are one of the first classes you have access to in the game, and they’re the early game workhorses in the Labyrinth. They are well-balanced physical attackers and defenders, but make sure they’re paired up with someone who can dish out magical damage in order to create an effective team.
WARLOCK 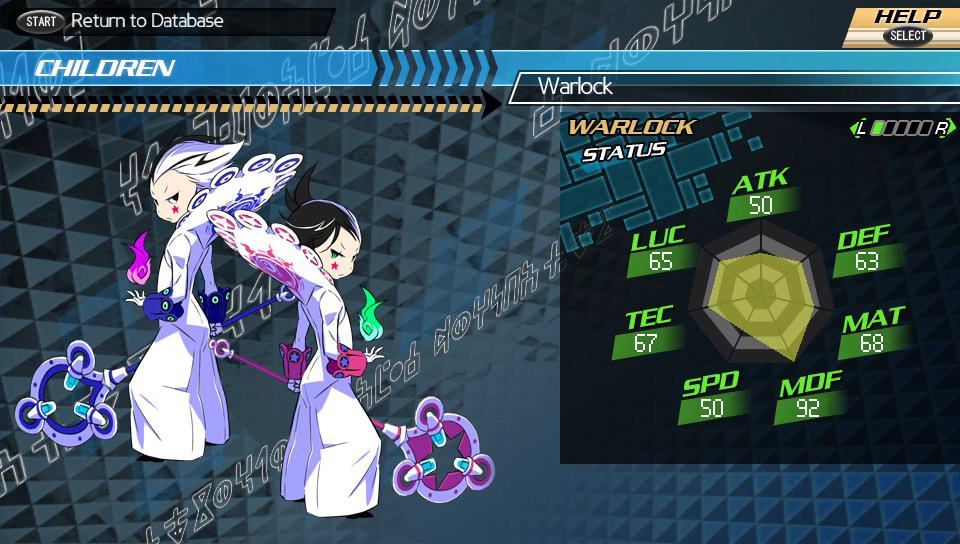 Warlocks are absolute nukers against monsters with high physical defenses. They’re a strong magic option to bring into a team of children, but will be dependent on having a good counterbalance of physical attack and healing.
[ My Thoughts ]
The more that I hear from this game, the more I really want to play it.  It seems like it is a lot of fun and a lot of strategy, perfect for how I am feeling right now (I guess I can blame my friend Rasean and his constant playing of “Final Fantasy XIV: A Realm Reborn” and me watching the anime “Log Horizon“).  I am in for a “JRPG” (Japanese-style Role Playing Game) and I feel this could be the one to scratch that itch.
I like the fact that it seems like you can have multiple baby mamas (Haha) and that you have to do your best to keep them happy to get the best kids possible (That child support has got to be insane, not to mention Child Protective Services getting involved from forcing your children to fight).  But I mean, the name “Conception” is not just for show I see.  Not to mention I love the artwork depicted above, and the classes in themselves look like so much fun to play.  Not to mention the description saying “Most baller hats in the game” for the Thief class makes me wonder if they have a type of “Customize” mechanic for the clothing of your Star Child…the possibilities!
As I am released more information and assets for Conception II: Children of the Seven Stars, I will let you know.  I definitely feel that this game is shaping up to be absolutely astounding.  Keep your eyes peeled.