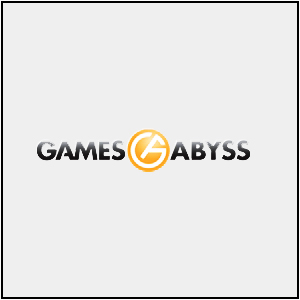 GamesAbyss was the website I wrote for before I made RoKtheReaper.com.  I was introduced here by my friend Raikugensho, and though I did not stay long, I wrote a couple of pieces and reviews that I want to put here for everyone to read.  Things from reviews of Hard Corps: Uprising, talking about gaming in the main stream media, even an article talking about CAPCOM’s greed with Downloadable Content.
I always try to give my all when I write articles, though, some of the ones here show how I was very “green” when it came to gaming editorials, but it shows a good sense of my foundation.
Feel free to comment on which ones are your favorites and which ones are your favorites.
-[ EXPERIENCE AT GAMESABYSS ]-

As I wanted to do something better with myself, I began to think writing about gaming would be good since I have always enjoyed English and felt like there was not enough original content on the internet as far as gaming related things goes (Though, I have been slacking off as of lately).  My friend Ryan (Raikugen) showed me that he was writing for a website called “GamesAbyss” which I was immediately intrigued by and was wondering if I could also join them.  I had a blogspot at that time and written a few articles but grew frustrated by the lack of success I had seemed to be having and stopped.  I submitted a few of my articles and was taken in by G.A.

Writing a few pieces I worked hard and gave the best perspective I could on my chosen topic while keeping my own opinion, but trying to observe it from a neutral standpoint as well as the standpoint of the developers or the game itself.  For my only review, Hard Corps: Uprising, I attempted to give the best description of the game I possibly could in order to suit the needs of anyone who read it.  It was a lot of fun but, with me getting my website up and running not long afterwards, I wanted to begin contributing to my website and I could not do that if I was constantly uploading things to Games Abyss, that and I had other reasons.

Ultimately I had to cut my time with GamesAbyss, primarily because I wanted to do my own thing and promote my own website, but also because I needed to be within an environment that felt unique as well as had the type of devotion I wanted to be associated with (Myself).  I did not like a lot of the writers for GamesAbyss, they seemed very opinionated and did not touch details upon many facts, and if they did, it was not without some sort of bias towards the direction they wanted it to lead rather than the absolute

Here are the articles that I wrote at GamesAbyss; I am going to post them as well as a brief excerpt from the article along with a link to the full thing for you to check out if you want to do so. 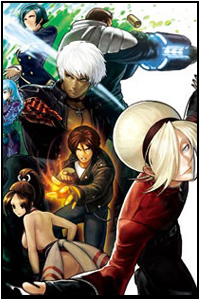 “It wasn’t too long ago when SNK-Playmore’s arcade fighter known as King of Fighters celebrated its 15th anniversary with the release of its twelfth installment.  But if you were anything like me, and snatched up King of Fighters XII with the anticipation for greatness, then you probably had your high expectations crushed when you realized that the game was made up of complete and utter failure.  As a fighting game fan, King of Fighters XII’s shortcomings hit me a lot harder than I had expected – especially since I wasn’t entirely fond of Street Fighter IV at the time and had only purchased titles such as BlazBlue: Calamity Trigger to hold me over until the main dish was ready to be served, a dish I would send back to the chef shortly thereafter.  Fortunately, my faith in this franchise hasn’t been sent to the garbage disposal as King of Fighters XIII is in a position to make up for past mistakes.  And by the looks of what we’ve seen so far, it’s doing a pretty damn good job.”
Read the full article HERE. 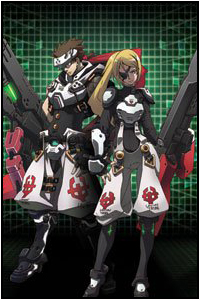 “Browsing around on the Xbox Live Arcade Market Place, something caught my eye with it’s anime-styled artwork cover, and name reminiscent of the days of old (If you remember the old Contra: Hard Corps for the Sega Genesis): Hard Corps: Uprising .  Upon selecting this title, it states that it‘s the “spiritual successor” to Contra, goes without saying that I was already hype at this point.  Even more so, I was curious as to what the result of Arc System Works (makers of BlazBlue) working in tandem with Konami in this type of genre would produce.  Contra was a respectable franchise with a reputation to maintain, and with the recent “belittling” of the difficulty of modern remakes, I was cautious.  But not only did they deliver good on their promise, but they have provided one of the most entertaining and addictive games of this year.”
Read the full article HERE.
Gaming Made Simple: The Rise of the Casual Gamer 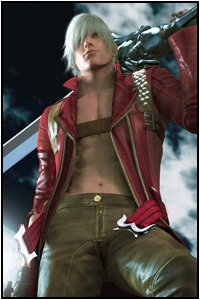 “I remember a time when there was no such thing as a “Continue”; you either beat a game in an entire sitting or had to completely start over.  And even when we were given continues, running out of those still meant you had to relive the entire hellish experience.  And don’t even think about your precious “save points”. In the days of the Nintendo, and even the SNES and Genesis, gamers really had to know their stuff in order to get through a game.  There was no “easy” option available,  and no way to power-up if you continued to fail.  You either had to get better, or  you just weren’t going to progress – there was simply no other way around it.”
Read the full article HERE.
Go For Broke: Ultimate Marvel vs Capcom 3 and the Insatiable Greed of Capcom. 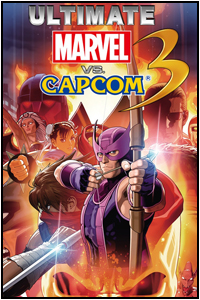 “Capcom has been one of my most beloved gaming companies for a very long time.  As the creators of my favorite series Devil May Cry (though I am sorta skeptical about this new Dante), Capcom has provided me with many gaming moments to fondly look back on and has made countless fighting game masterpieces from Street Fighter to Rival Schools. Yet lately, the only thing I think of when I see Capcom’s logo is greed, the almighty dollar, and how quantity over quality reigns supreme. The respect and enjoyment of long time fans is all but meaningless; the announcement of Ultimate Marvel vs. Capcom 3 is a testament to this.  And if Capcom continues along its money-hungy path, it could spell disaster for the company’s future. Or at the very least, lead to the loss of endearment from its most loyal supporters.”

Read the full article HERE.
In Defense of Gaming: A Closer Look at Society’s Most Criticized Medium 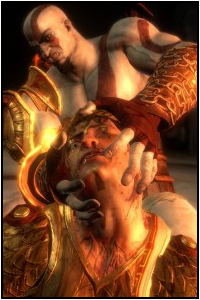 “Something has always bothered me when it comes to the perception that most people have as far as video games are concerned, I finally feel the need to address it.  The media, at least over here in the United States, follow people who make music for a living, as well as movies; considering them “stars”.  People pile into theaters to witness the next “Blockbuster Motion Picture”, sit in front of their television sets to see the new debut of a show, or just discuss what was on last night’s episode of a popular drama.  You even have local newspapers talking about how things are a ‘hit’ and are ‘taking the nation by storm’, but video games are looked at as nothing but a children’s toy, and for the life of me I cannot figure out why.”
Read the full article HERE.
These articles are a lot of my early work and with them I think you will be able to notice my growth as an editorial writer for gaming.  I look over at these articles and I am reminded about where I am came from and where I am going as a writer, as well as knowing what I want.
-[ THE VERDICT ]-

My time at GamesAbyss was a short one, and I did only a few articles but I learned what I needed to know in order to put my best foot forward when it came to this site.  GamesAbyss is still operating right now under new management, but I hope that it has gotten back to its roots and have recruited serious writers.  Feel free to visit them and check them out and let them know that I sent you.

Well, thank you for reading.  I am RoK the Reaper, Sayonara!