With me being more focused on my work at RoKtheReaper.com, I wanted to make sure I got things started off right by properly reviewing anime regularly.  For my first anime, I went to my friend Bianca once more to see if she had a suggestion, and she did.  She was gushing about how much she loved this anime so I figured I would check it out to see if she had a reason to go all fan-girl on me.  You can hit the jump for the full scoop.
1st Episode Impressions is an article series which focuses around critiquing the debut of a new anime or a new season’s very first episode to see whether-or-not it makes a lasting impression on me from the very beginning.  It also acts as an comparative point for my final review of that anime or season. 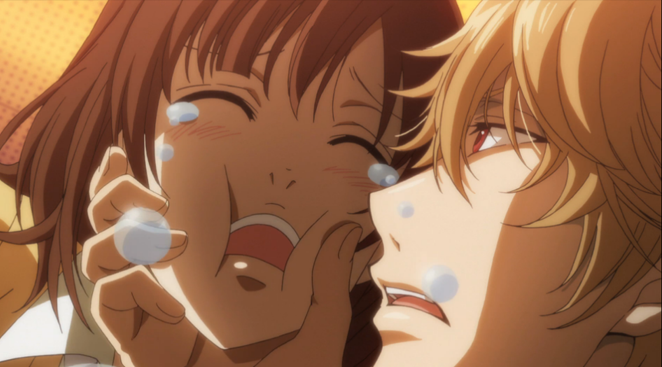 To be truthfully fair, this show starts off pretty typical.  You have a girl who wants to live a fulfilling high school life full of friends, yet she is really scared of being isolated and that fear envelopes her to the point that she will do anything in her power to avoid being a loner.  It is apparent early on that the main character, Erika, is a habitual liar who will not hesitate to fabricate the truth in order to fit in or impress someone, often with dire repercussions for her actions.  Her friend tries to look out for her and pleads for her to stop lying because Erika is so use to doing it that she often does not think about the logic behind her reasoning before she commits herself to a fib.  It appears that the main character’s biggest conflict is her inability to be herself to the point that she will lie to become exactly what she believes will get her closer to others since she is worried she is not good enough as is.  To be honest, I really like how they made Erika completely shallow when it comes to trying to fit in, it seems more realistic and less cliché than most anime attempt to portray an outcast who desperately wants to be part of the “in crowd”.

The main conflict within this episode, and seemingly within the series, lies with the fact that she claimed that Sata Kyoya was her boyfriend when she unwittingly snapped a candid picture of him when looking for someone to falsify her being in a relationship.  Sata Kyoya turned out to be pretty sadistic and twisted, something that Erika was not expecting since he had such a good reputation and seemed very personable and humble.  Sata is literally blackmailing Erika by making her be his “dog”, waiting on him hand-and-foot while obeying all commands less he reveal the true nature of her lying ways to the populace at large.  She has pretty much gotten herself into a do-or-die situation.  She could very easily relinquish their new found ties towards each other by letting him reveal the truth, but because she is so driven by her appearance to the public she would be risking a lonely high school life to be rid of him, she loses in either situation.

We know that Erika is called “Wolf Girl” based on the story “The Boy who Cried Wolf” because she lies all the time about various things, so no one would believe her when she actually tells the truth.  We know that Sata is called “Black Prince” because he acts very chivalrous and humble, yet he has a dark side filled with ulterior motives that are unbeknownst to most people.  Despite their how their personalities look on the outside, each one has shown impressive contrast to their unsightly ways to prove they are good people.  Erika, despite being a chronic liar, is only doing it because she does not realize how sweet she is and that she is fully capable of making friends on her own.  Sata, while being little more than a blackmailer with a sadistic personality, it seems he legitimately cares about helping out Erika with her problem and doing his best to give her the best of him while he can.  These contrasts make you love and also hate the characters dependent on what is happening.

The end of the first episode could mean any number of things.  It could mean that it will eventually blossom into a loving relationship some time down the line by both of the protagonists realizing the worth of the other, even with knowing the ugly truths they hide from most people; or it could mean that we will eventually see unrequited love on our girl’s end if she falls for him and he refuses to see her as more than a pet.  I truly want to see how their relationship sparks and blossoms from this point forward, especially with them having such a crazy way to begin a falsified romance (Nisekoi, rofl). 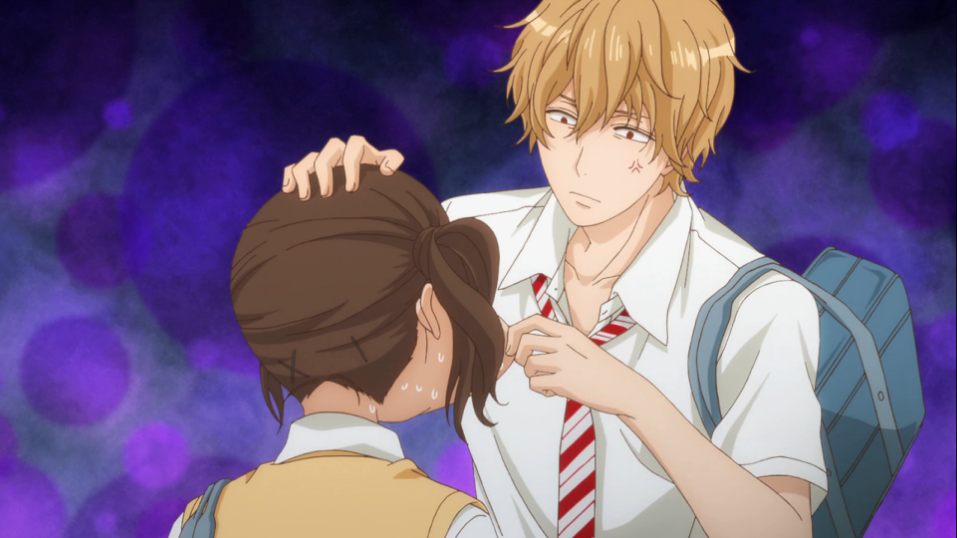 The Collectionary for Manga