Now that we are officially within the second year of Destiny, we can look back on “Year One” and remember how we got to this point.  Glancing back at the memories that I hold, I can see triumphant and disappointment, satisfaction and frustration, and numerous times that I loved and hated the game.
I want to sum up my feelings, for better or for worse, on my final impression on Destiny during its first year as Bungie’s new endeavor.  I will be weighing on everything that I have experienced and give to you my final verdict on whether-or-not this game was worth the hours invested into it.
[   My Destiny Year One Impressions   ] 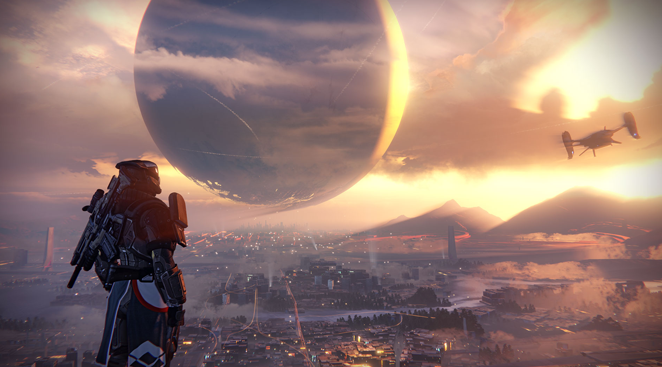 Destiny initially garnered no interest from me upon its announcement.  This lack of enthusiasm for Bungie’s new game lasted all the way up until I got into the Beta when it was available for Microsoft’s Xbox 360.  Playing the game changed my mind as I was awe-struck by what was presented before me.  Destiny had next generation graphics, seemed to be a console based MMORPG while maintaining its identity as a shooter, and was finally a game that I wanted to play in the midst of the game drought that was brought with the new generation of home consoles.  The allure of something that seemed like a more in-depth, more serious Borderlands with a mixture of classic MMORPG elements excited me.  I anxiously awaited the full release day and made plans to play with my friend Rasean as soon as I got home from the midnight release at Gamestop.  I was so hyped and so amped about what was to come, I even heavily debated on what class I would main and made a full article detailing why I had made my choice (The Reason Why I Chose to be a Titan in Destiny).  That fateful night on September 9th, 2014… I was prepared to become legend.

This game was immensely shorter than I thought it would be.  The story for Destiny was only about 10 hours long or so with a mediocre tale at best, and the end game content was next to non-existent.  Bounties and Strikes were repetitive and began to feel boring after sometime since there was little to no variety.  They had events already planned that I was looking forward to, but those turned out to be nothing more than wastes of potential (My Impressions of Destiny’s Queen’s Wrath and Iron Banner Events).  This game had so much ambition and so much promise, but it was failing to sell me the greatness that it had promised to deliver on.  I was happy that I had something to play and occupy me, but it felt more-or-less like a chore at times rather than something that I was delightfully partaking in.  However, Bungie seemed to be using the negative feedback to begin making improvements to how things were handled, and those patches that came out periodically began to change the world our Guardians lived in for the better.  However, they did also fixed certain things which were to the benefit of the player, but made the game play differently than Bungie intended (such as the “Loot Cave”, pushing The Templar or Atheon off in the Vault of Glass raid, or making Crota infinitely kneel in The Dark Below raid.).

Examples of positive changes that we saw from Bungie included the end of Cryptarch engram randomization (You could get a common item from a legendary engram), better distinction of level differential in the Iron Banner event, and better weapon balancing to move away from the dominance that auto rifles held in the crucible.  However, they also made adjustments to some things which I did not approve of.  Some of those things I frowned upon were making Strikes easier by removing some “Ultra” level enemies and lessening the difficulty in general, making all Vault of Glass armor useless with the release of Expansion I: The Dark Below, and even increasing the strength of my favorite weapon “Thorn” (Thorn is My Favorite Weapon in Destiny, but it Needs to be Nerfed).  Some of these changes made the game less fun to play because it was not nearly as challenging, made previous achievements feel useless and a waste of time, and ruined the balance of something that was already borderline broken.  It was apparent that Bungie was still trying to figure out what did and did not work, but it was making strides with each new iteration of the game that they rolled out.

The classes in Destiny each felt unique, they each had their own purposes and were needed at one point or another.  While you could do anything with any class, they each had certain roles which made certain things easier.  Hunters for instance, were the best for sword bearing in the Crota Raid or being invisible to dismantle mines when fighting against the Fallen Kell, Skolas.   Warlocks were especially good for resurrecting and saving an entire fire team from failure during multiple activities, they were also responsible for multiple helpful glitches to easily progressive certain hard activities by tricking the game.  Titans bubbles were useful for generating orbs and giving all guardians a breather when in the midst of chaotic combat.  Also, a perfect example of all guardians utilities being needed was against the fight with Skolas, were having one of each class was the optimal way to ensure victory.  I found myself using my Titan the most, but I also held a soft spot for the Warlock (Void Walker sub-class).

To be honest, my biggest gripe with the entire game lied in the inventory space.  We only got a small boost to the amount of stuff we could carry during the Expansion I & II add-ons.  We got loads of new guns, some new exotics, and new armor but had to make tough decisions on what we wanted to keep, had to keep, and what we had to discard.  I even had to make a few new characters just to carry all the stuff I did not want to throw away.  It was obviously annoying, even more so knowing that my mail slot would never be empty because I was so full that I could not take anything out of it.  However, this was very minor considering all of the fun that I had. 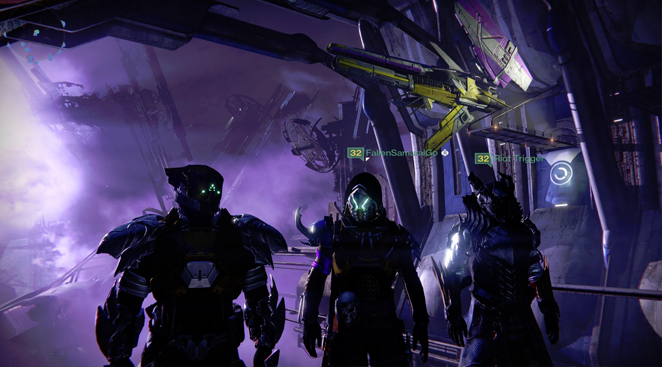 Something else I want to address is the beauty of having a full, dependable fire team that you can always play with.  I think this is something that greatly influenced my final decision on the game and could make or break it for others, as most people I saw who really did not enjoy the game were people who had to depend on randoms to help progress them through the game.  Certain activities activities were easier with two other people (such as Strikes or Skirmish), while some game types proved to impossible to start without having three people to start with (Trials of Osiris).  My fire team is composed of myself (RoK the Reaper), “RaS” (Riot Trigger), and “Fury” (FallenSamuraiGo), the three of us form the clan “Those Who Hunt Darkness”.  I play an Exo Titan, RaS plays an Awoken Warlock, Fury plays a Human Hunter.  We made our characters and races completely ignorant of what the others pick and our synergy, team work, and communication have made the hardest things in the game possible.  We keep each other motivated to play and are able to make even defeating Skolas a piece-of-cake.

A lot of people complained how certain things did not have matchmaking and it was impossible to do those things alone.  No chat inside of “The Tower” social space and no voice chat made it hard for people to team-up and organize if you did not already have a full team.  I never had to go through this because I always had at least three people I could play with at any given time.  Even when I started the game I had myself, RaS, and his friend Dre; we began to flip through our third person until Fury finally got an Xbox One and could permanently be with us.  With the repetitiveness of the game play, the difficulty of certain things that takes good synergy and communication, and the frustration of someone leaving you mid-game, being incompetent, or not helping could very well cause rage inducing moments for anyone who does not have friends to play with regularly.  However, for me, someone who had two people he loved to game with and were willing to do the same, it was a match made in heaven. 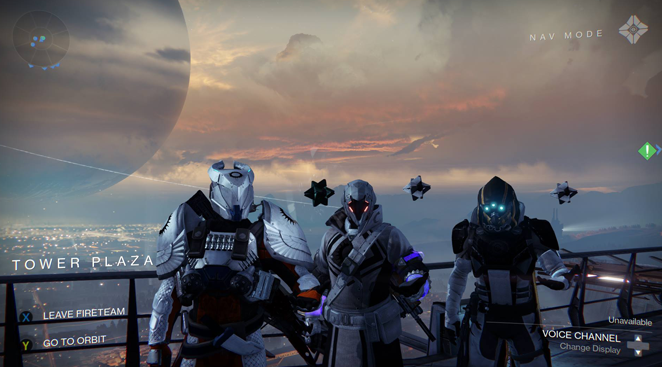 Destiny had plenty of flaws.  Bungie was trying something that no one had really done before and it showed.  They were stepping into unknown territory and gave us plenty of shortcomings which made many quit the game, and I even stopped playing myself a bit before each new expansion dropped.  However, having something to do with two of my best friends and a game that made you feel accomplished after you finished up difficult missions together was addictive and exciting.  I had plenty of failures, plenty of frustrating moments, and plenty of times we have turned on each other based on making errors while playing, but I feel like it was time that was well spent.

Going into Destiny, Year Two I expect to see bigger and better things, to have more memories to go on and to truly lose myself into the world that Bungie is building.  However, will it be able to hold up good enough to keep my attention after The Division releases sometime in 2016?  Who knows, but for now, it is my most anticipated game and has earned my love despite the flaws that it possesses.  I believe I will continue to see improvements as the game forges forward and more feedback comes in on what players want.  Bungie seems especially receptive to its fans and have been making strides to deliver on its promise of giving us a powerful experience.